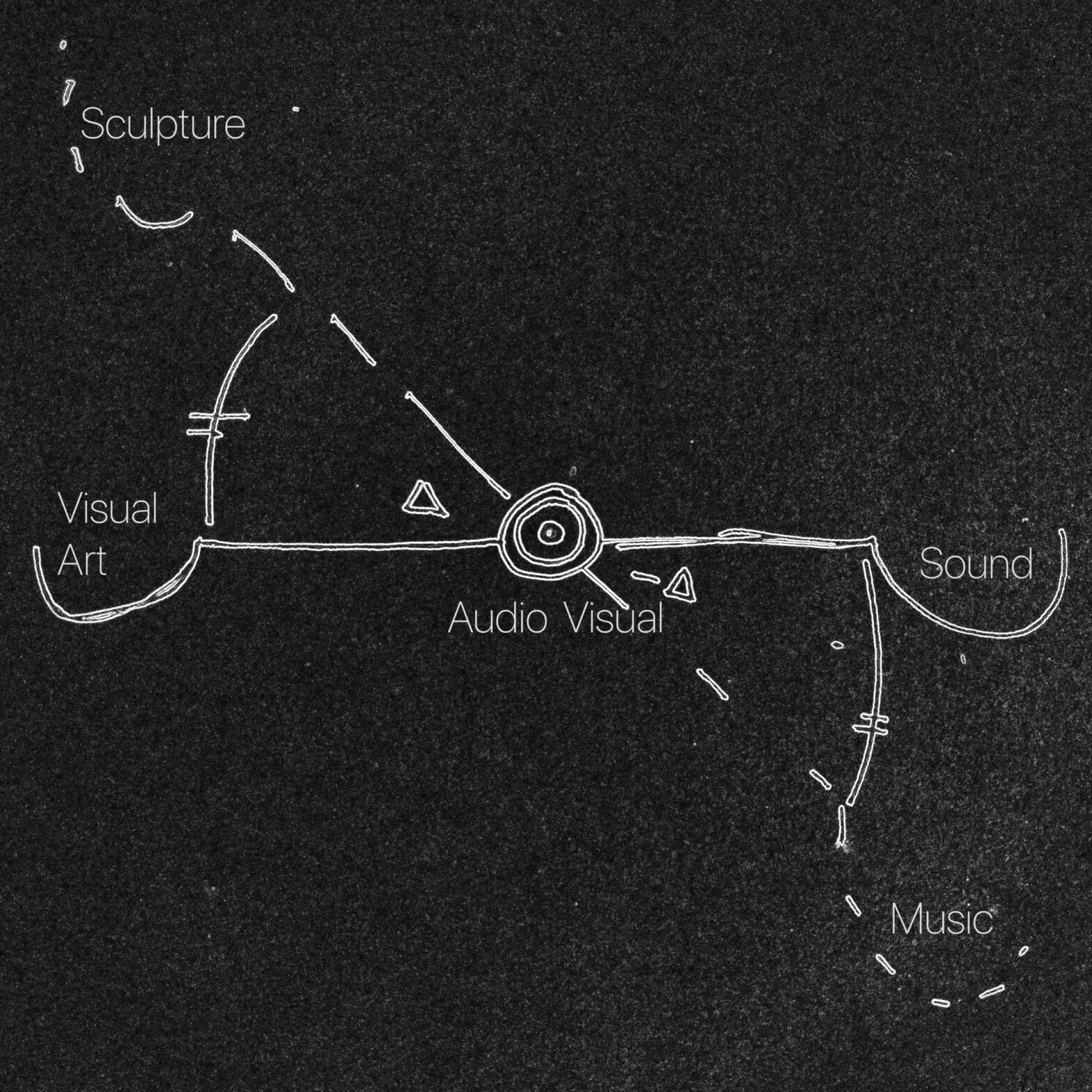 The MDes Sound for the Moving Image programme is singularly well suited to the digital showcase format of 2020: each of the five students here explore the uniquely digital possibilities in audio-visual design, posing complex creative questions about glitches, distortion, mashup, immersivity, un/naturalness and what remote togetherness can feel like.

For instance, Sam Welch’s My Panic is Your Panic… is overwhelming and uncomfortable even through my tinny-sounding home set-up – a testament to the power of the piece. Part of Welch’s work-in-progress show (they are due to graduate in January 2021), it neatly distorts and pitches the sound of a New Year’s Eve party, turning that noisy joy into an oppressive and claustrophobic audio-visual panic attack. The bodily, heart-racing sensation of panic is portrayed through disorientating, blurred lights and shallow, rushed gasps – all of which could feel too on the nose in less capable hands, but are used by Welch with nuance and sensitivity.

Aidan Lochrin’s Veil of Mist, an experimental overlapping of drone improvisations, would also suit far more dramatic environs than my living room. Imposing and intricate, it journeys through the unexpected possibilities that arrive when sustained sounds collide. Lochrin also presents a film of seven performance art pieces, the best of which is List (starts at 18:00). Four performers receive a list of instructions – imitate, abandon, compliment, copy, destroy – and complete them in their own time. The result is playful and abrasive but, some seven minutes in, they arrive at a kind of unity that’s really rewarding to witness.

The sheer range of work that falls under the Sound for the Moving Image programme is wholly impressive, and well-illustrated by Elizabeth Appelquist’s presentation – a persuasive piece of research into ambisonic sound and its storytelling potential within the gaming industries. As the game’s protagonist stomps across the deck of a pirate ship, Appelquist constructs an impressively detailed three-dimensional space from the cry of seagulls overhead, the wash of waves ‘below’ the player and the ability to eavesdrop on a gruff conversation in the captain’s cabin. It’s engaging and witty, and no surprise that 85% of her participants found it to be more immersive than the same game with stereo sound.

Elsewhere, Palindrome, an audio-visual work by Tom Forbes, explores the artist’s interests in mash-up and remix culture. Manipulating samples – some of which might be familiar to the listener – Forbes begins and ends in the same aural ‘place’, using an organic vocal loop as the key that locks everything together. The dynamic, found-footage visual component is psychedelic and seamless, contributing a heightened sense of pace and movement to Forbes’ clubby, euphoric mix.

Ruofan Zhou’s film Day Dreaming takes us to the club, too – but this club is, in fact, a recreation of a New York City subway station within Animal Crossing (a Nintendo game that’s found a huge global audience during the pandemic). In this gentle machinima that teems with life, Zhou’s avatar bobs and weaves behind the decks in the game, juxtaposed by a montage of tap-tapping “real” feet dancing to the beat as if yearning for the digital dance floor. It’s a touching insight into the artist’s lockdown life, as well as a warm, moving dedication to the moments of connection that communities have found in unlikely places this year.

*Katie Hawthorne is a respected freelance culture journalist specialising in music, theatre and technology. Recent bylines include The Guardian, The Stage, Crack, and Q.