My project is a campaign to help families avoid getting into funeral poverty. Funeral poverty is where the price of a funeral is beyond a person’s ability to pay. It is a growing national crisis in the UK, most affecting those on the lowest incomes. In making decisions for the funeral, families may go into debt due to issues of pride and the desire to provide a ‘good’ send-off, they didn’t want to be perceived as saying that they didn’t care for the deceased. However, this is often not the wishes of the deceased.

Through my research, I found that the leading cause of funeral poverty is the lack of communication among family members. The death is still a taboo topic. If people can understand the funeral expenses and make funeral plans in advance, families are more likely to reduce unnecessary consumption.

I designed two visual tools, posters, and a toast recipe to raise people’s awareness and engage in it. It is also a campaign through social media. In the recipe, toppings on the bread represent the prices of different funeral services or products. The way of talking and designing this tombstone bread is also a process to think about your own funeral and its costs. The analogy metaphor in the design is the bread, as its shape is very similar to a tombstone, and the bread is a universal symbol in the world that meaning life and money. I hope people realize that talking about death or funerals is as necessary and ordinary as eating. Eating is also an iconic family gathering scene, where many topics occur. No matter what kind of funeral plan one chooses, the bread all tastes good. People will not choose food that exceeds their financial ability in daily life. It is the same for funerals. 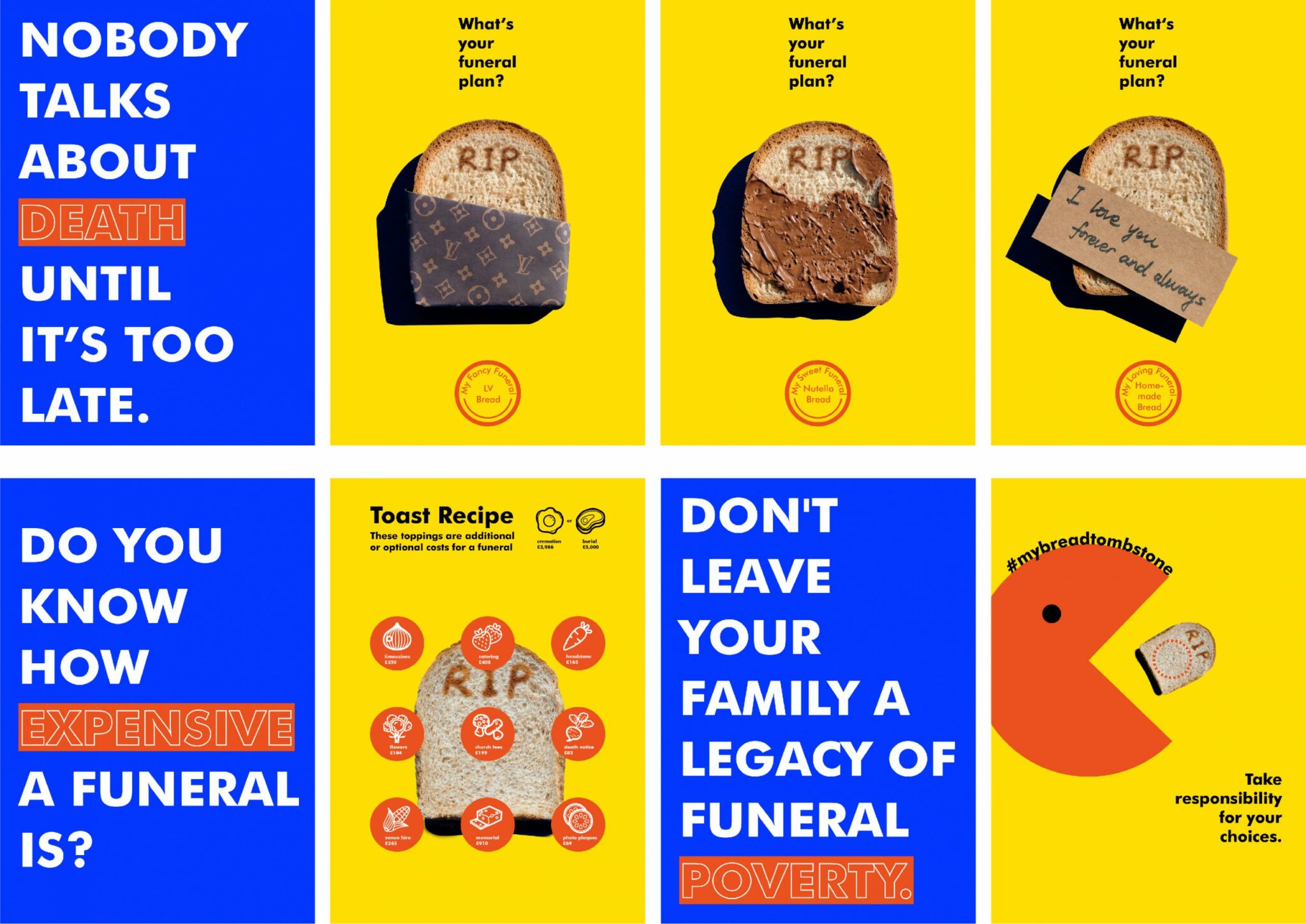 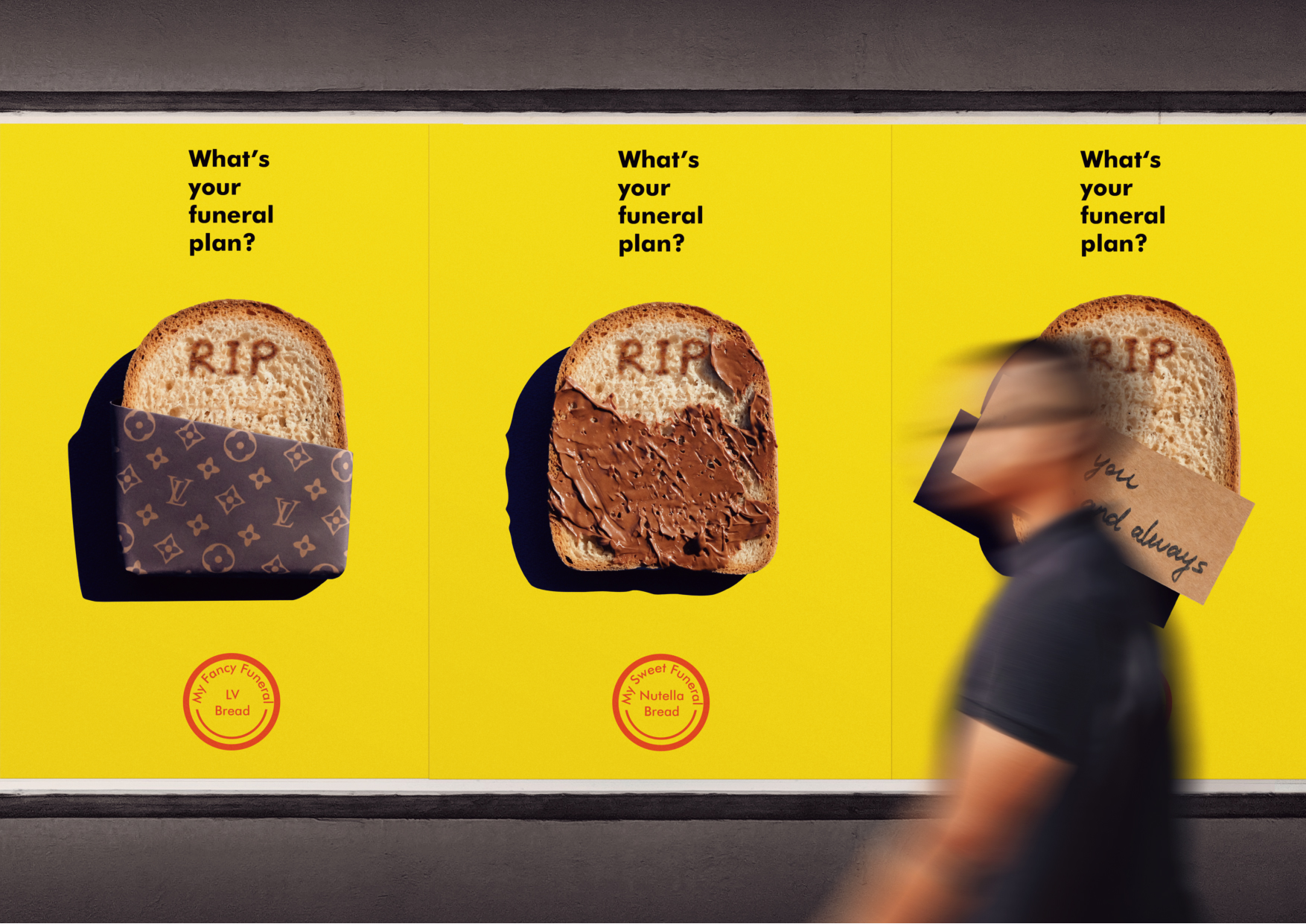 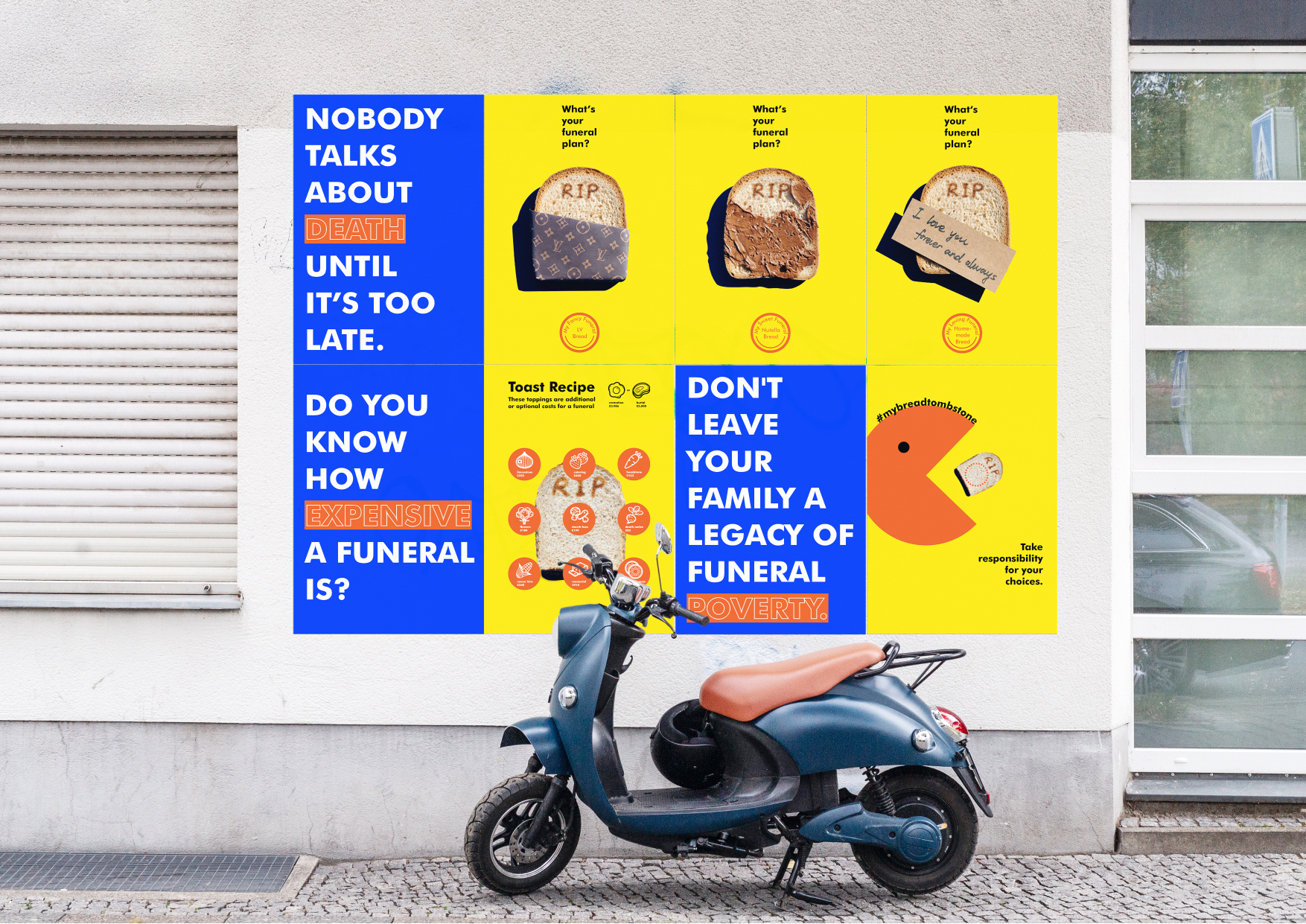 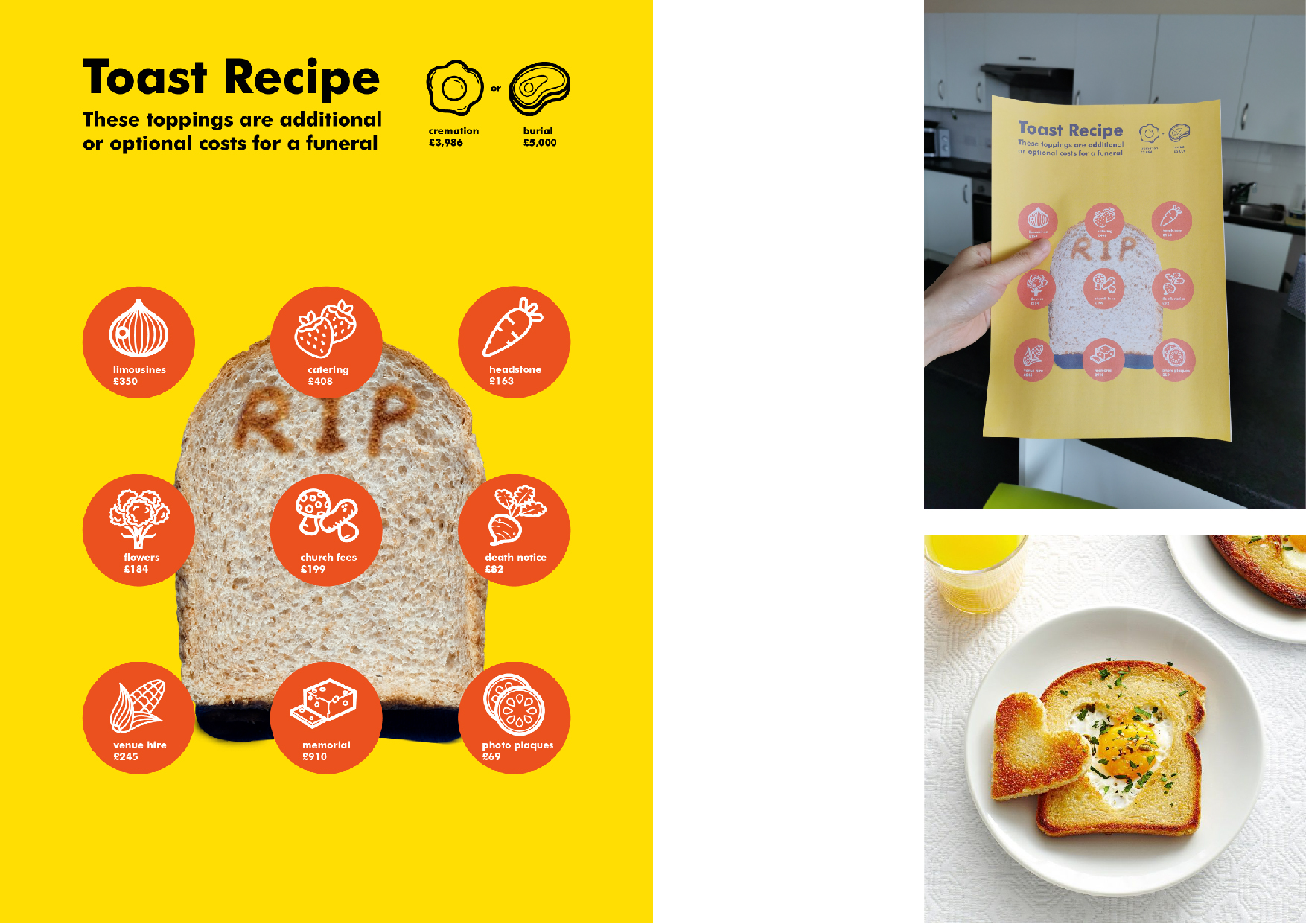 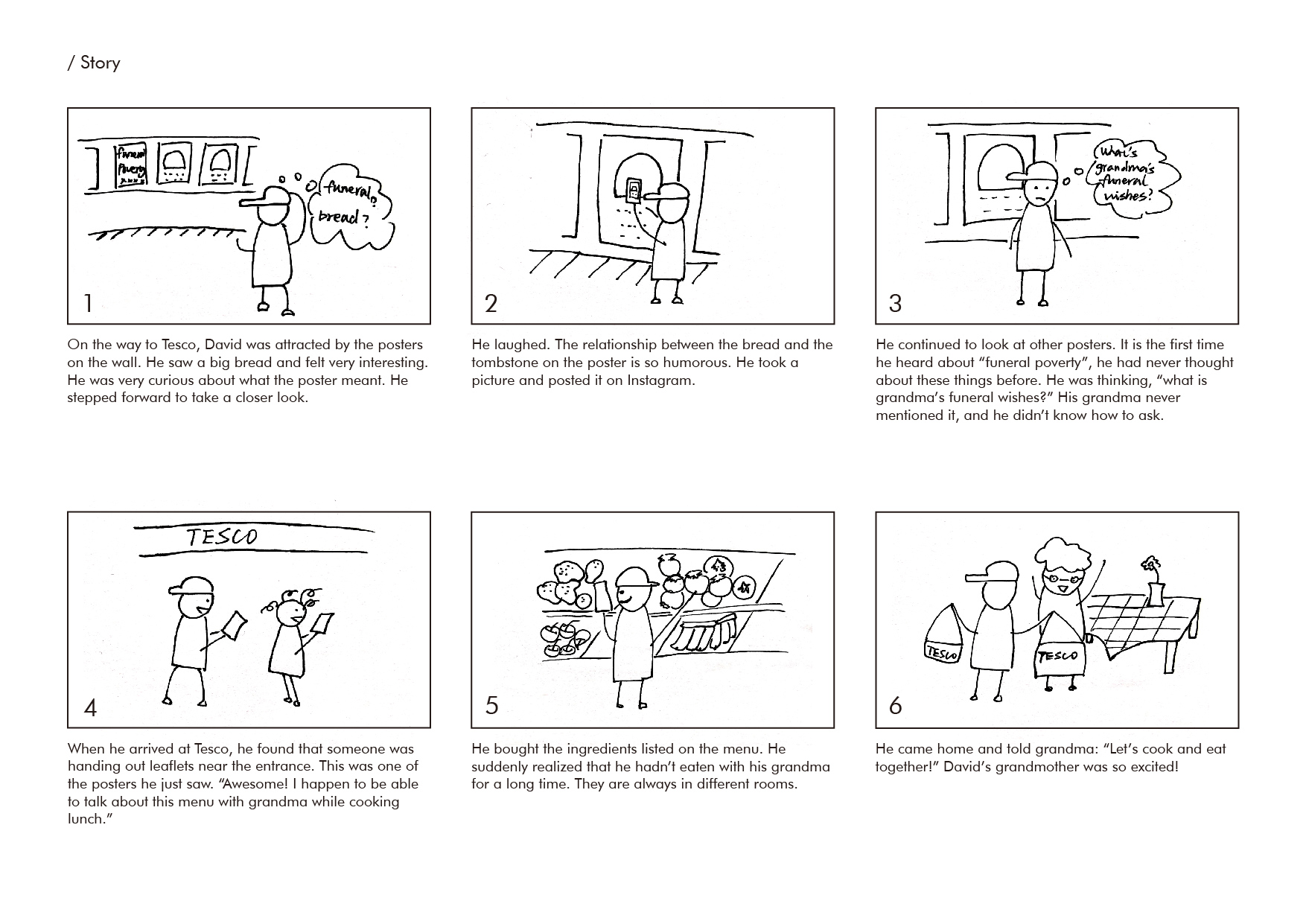 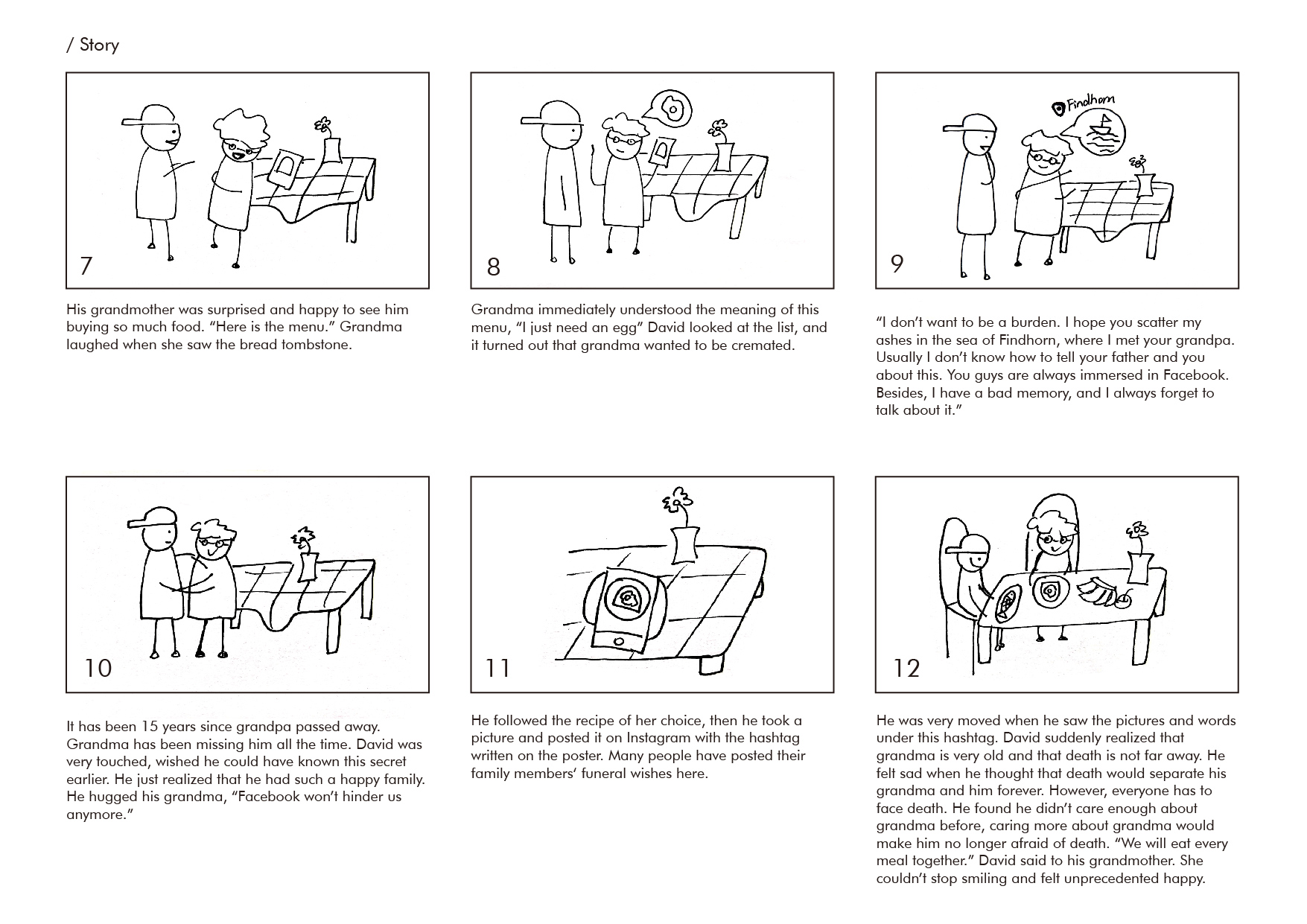