Nowadays, people concern more about environmental problems. In this project, I focused on two main problems, the first one is the decline of bees, the second one is the biophilic urbanization. In the early stage, I did some research about bees’ decline, such as the reason of it, where it happens and how large influence they will cause. The result is not good because nearly all over the world people suffer this problem, can it may lead to some bigger problem such as the shortage of food because about 80% of planted food is pollinated by bees. Another topic I focused on is the biophilic urbanization. Cases in Singapore and US proved its possibility, even urban agriculture can also be achieved in a biophilic city. These two points connected together when I was thinking the pollination the urban area, will urban environment suit for bee to live in? I did some other research about that, and in fact, bees can get better life in the urban area according to the research. So I decided to design a product which can enhance the biophilic feeling and also give bees a home in the urban area.I picked bench as the form of the product at the beginning, then I tried some ideas to discover the possible solution. After choosing an idea, I began to optimized it, I considered about its structure, material, the user experience and if it good for bees. During this period, I build the 3D model for simulation and testing. I met a problem when designing a connection component, because there were so many obstacles need to be avoided and the structure should not block the sunshine for the plant, so I used generative design to build the component, and I felt really happy with the solution it provided. The result of the simulation was quite good, it proved the structure of the bench could be safe enough when being used in an outside environment. 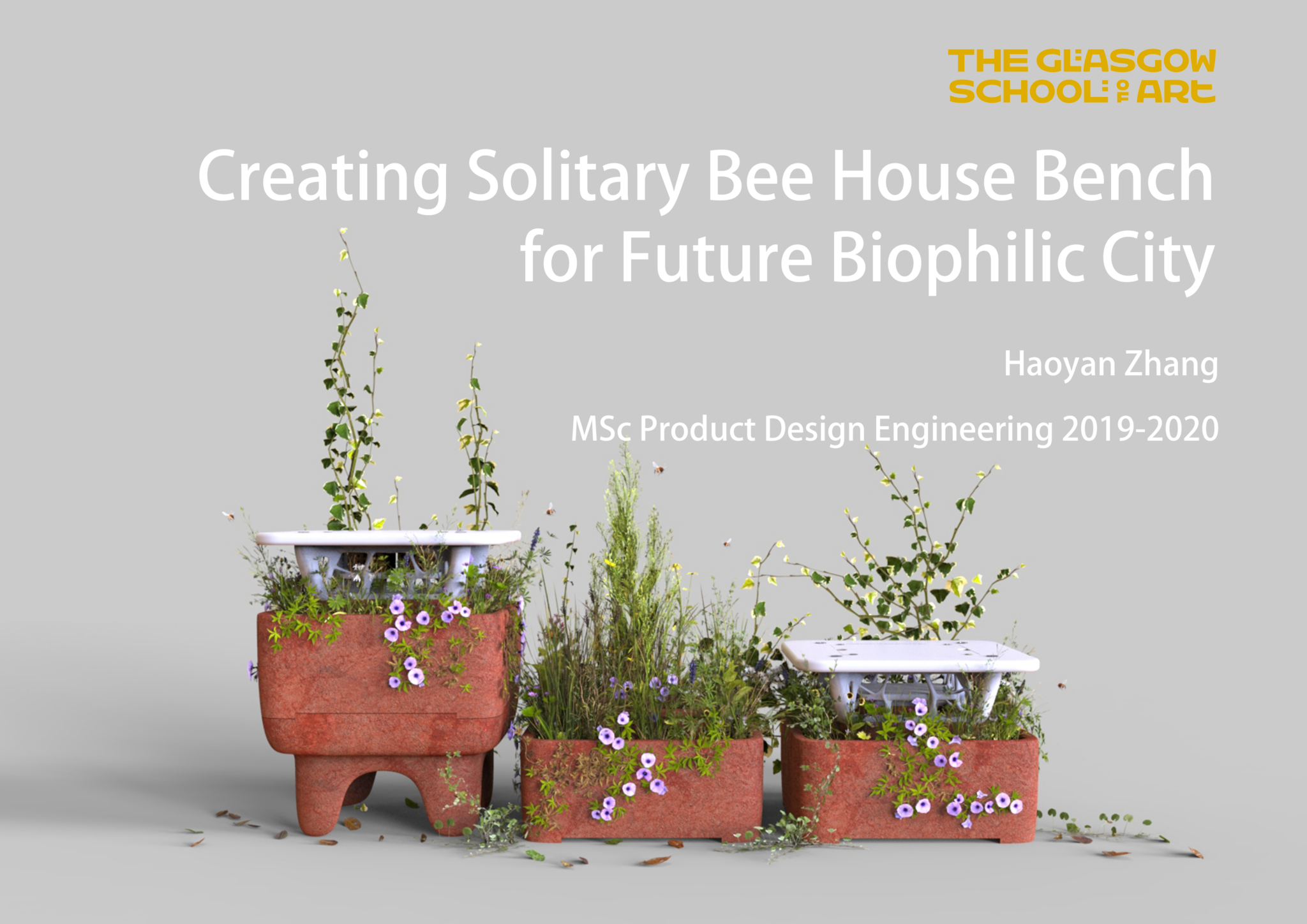 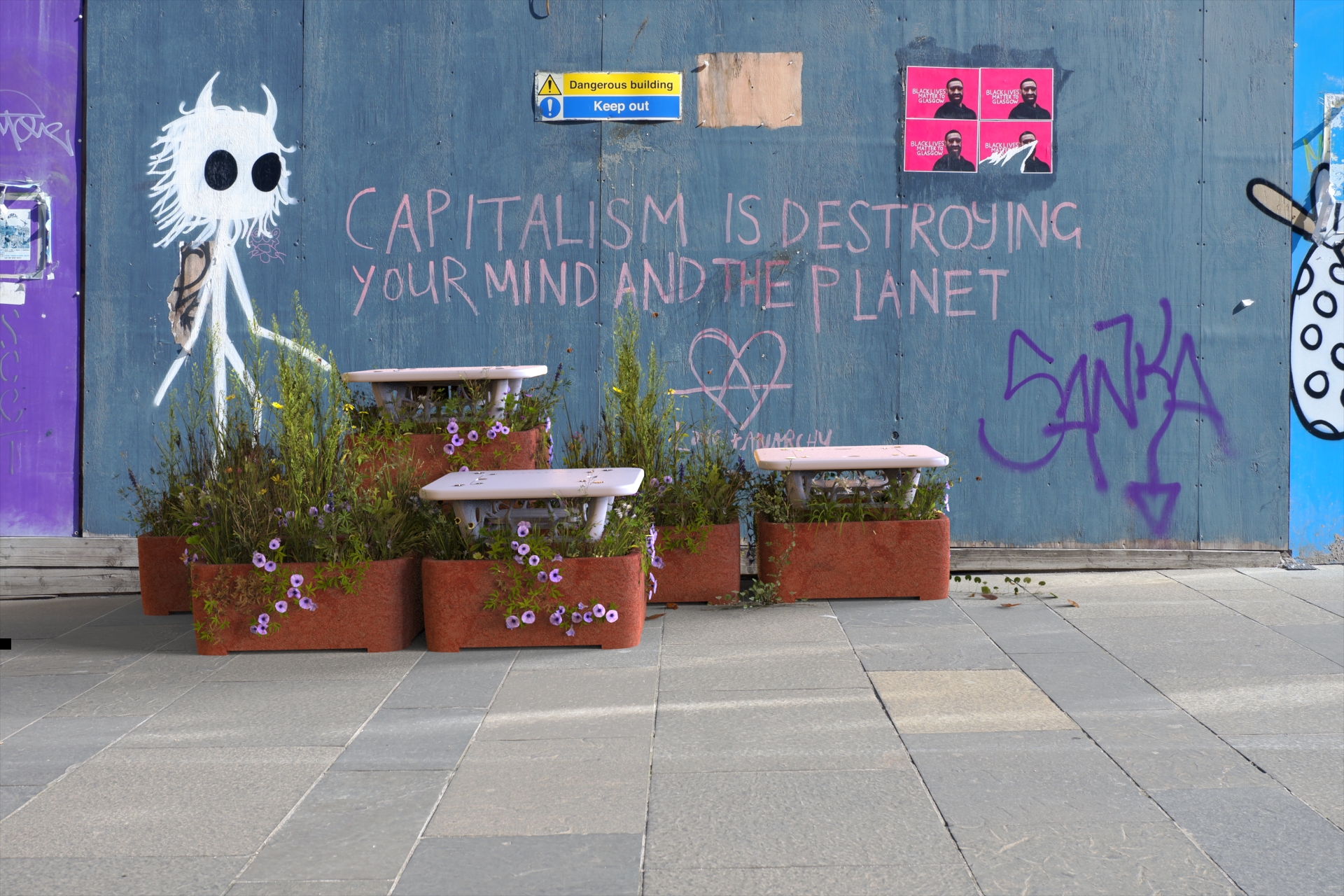 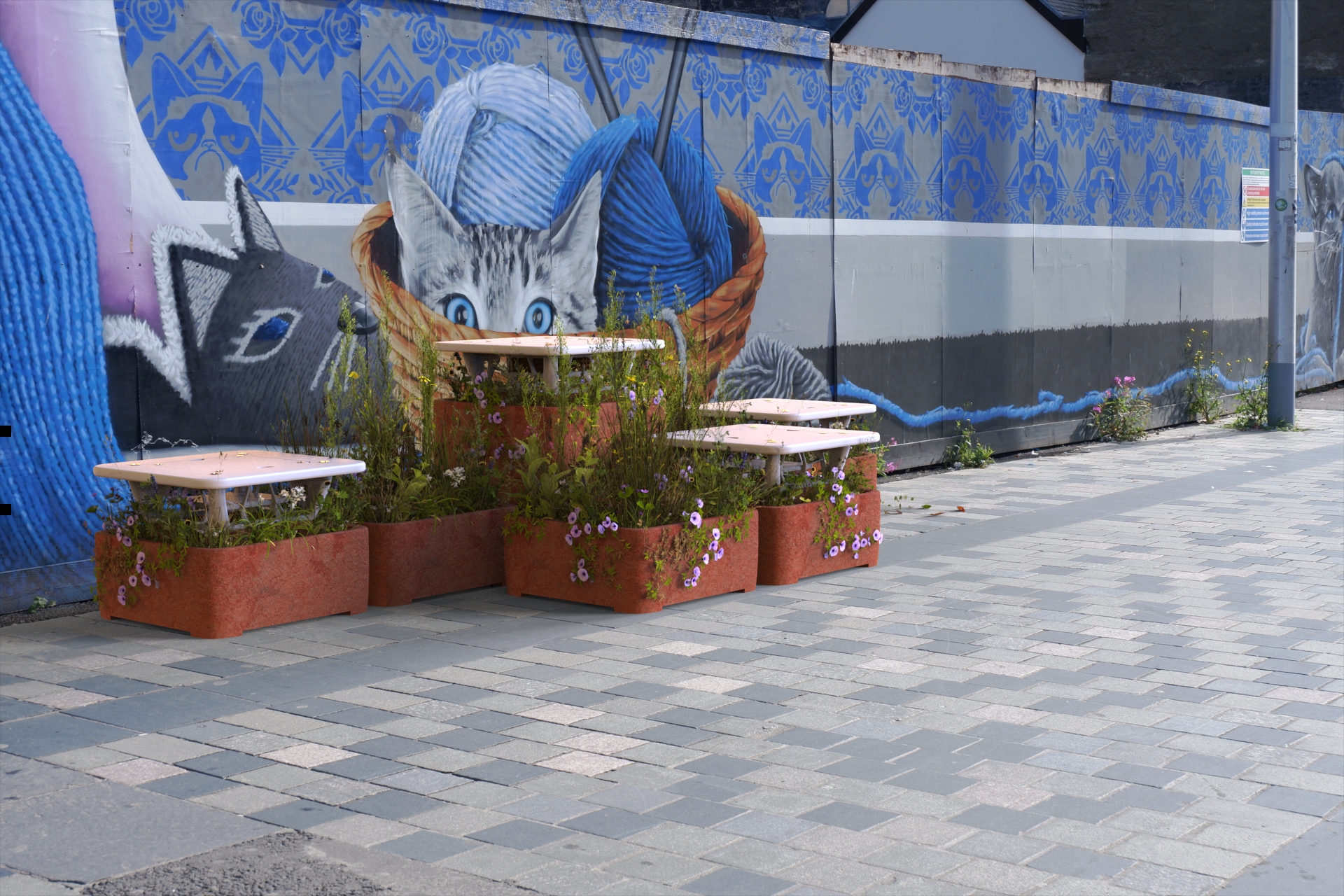 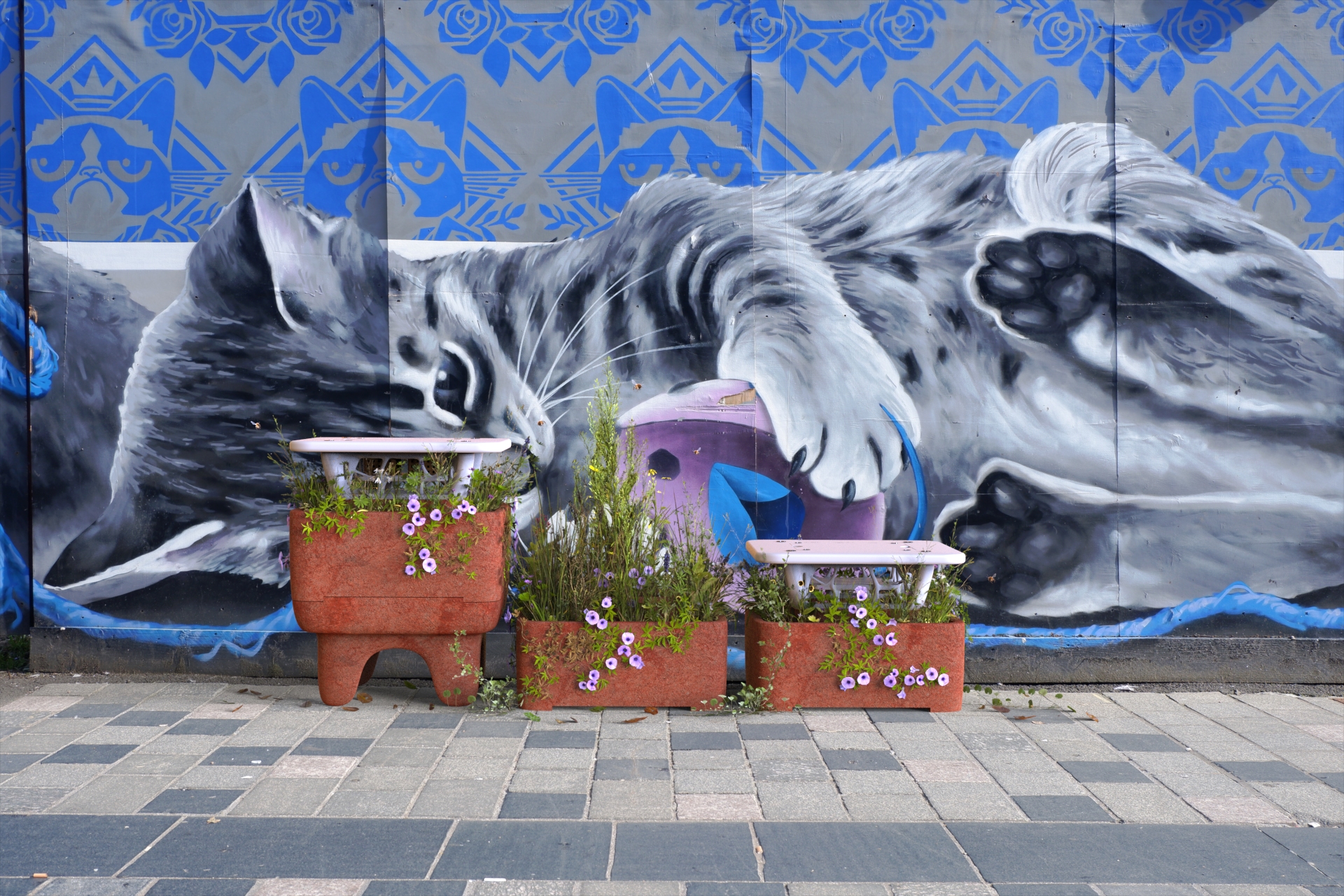 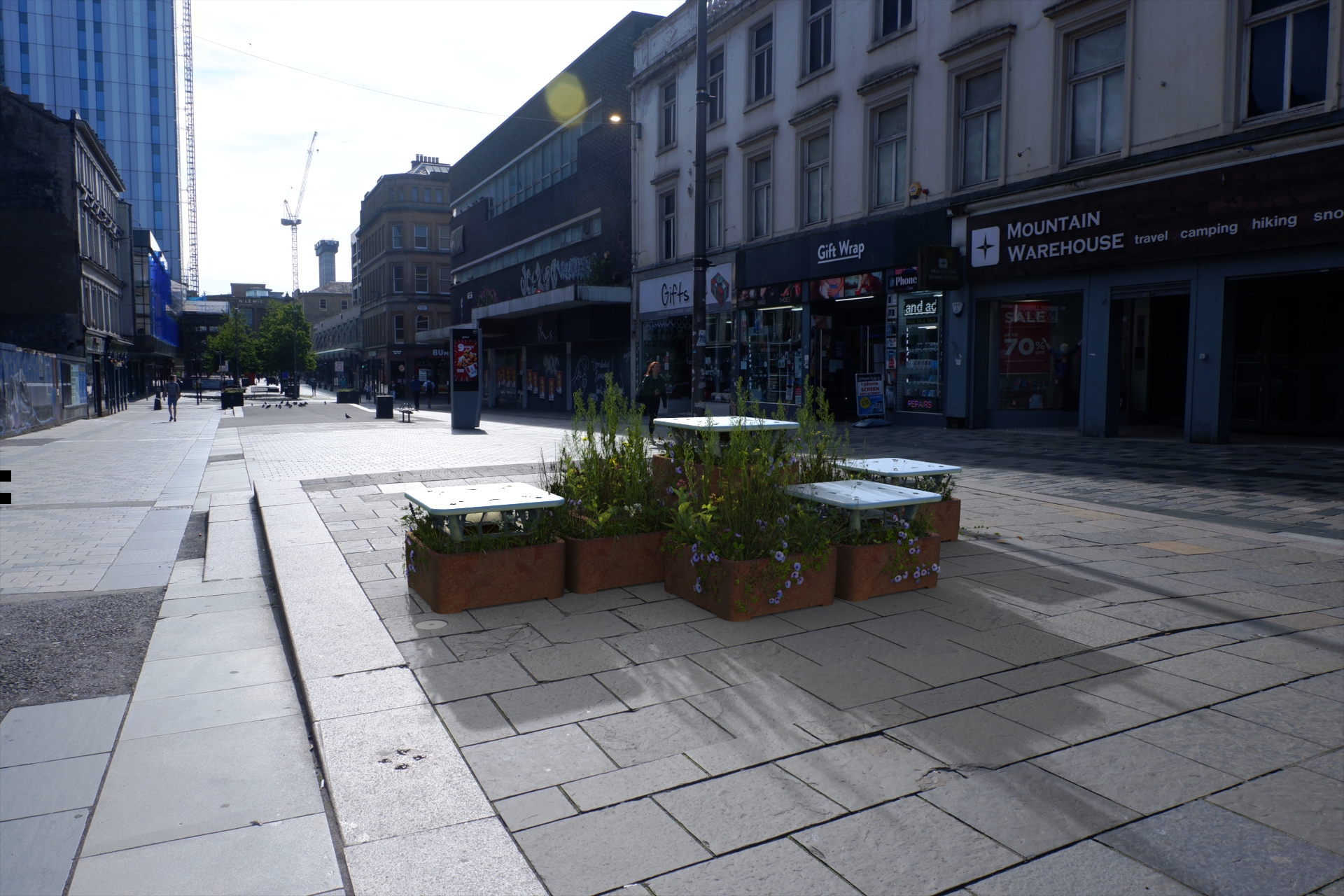 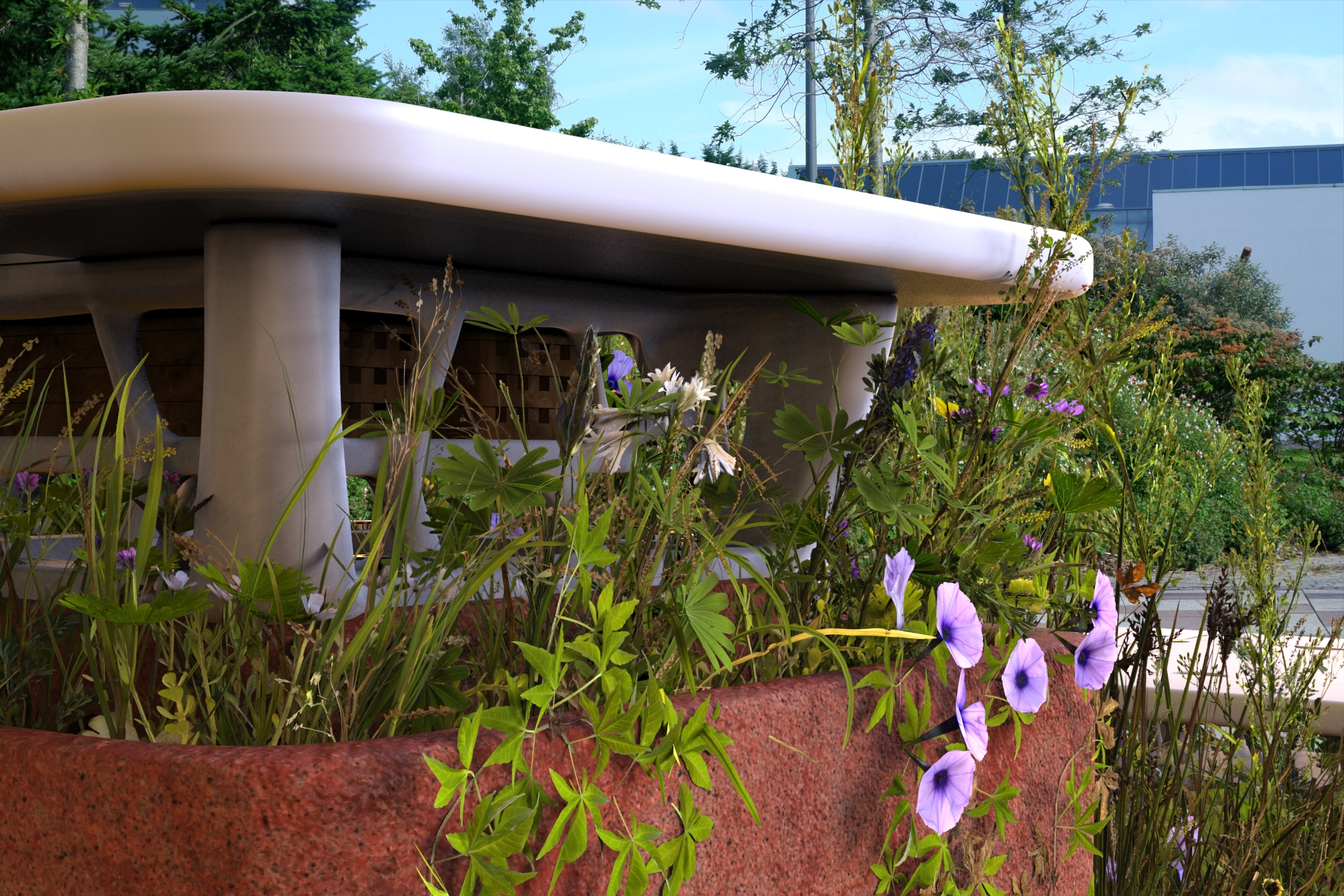 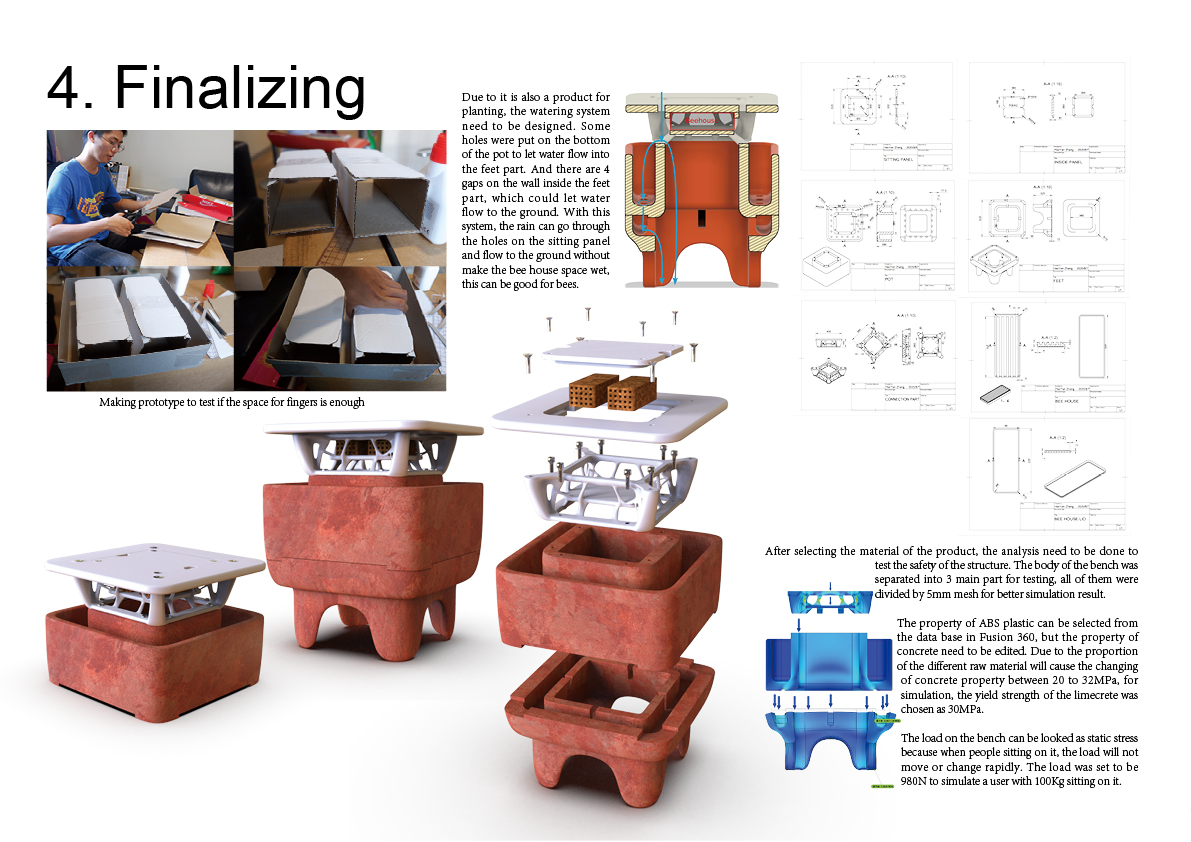 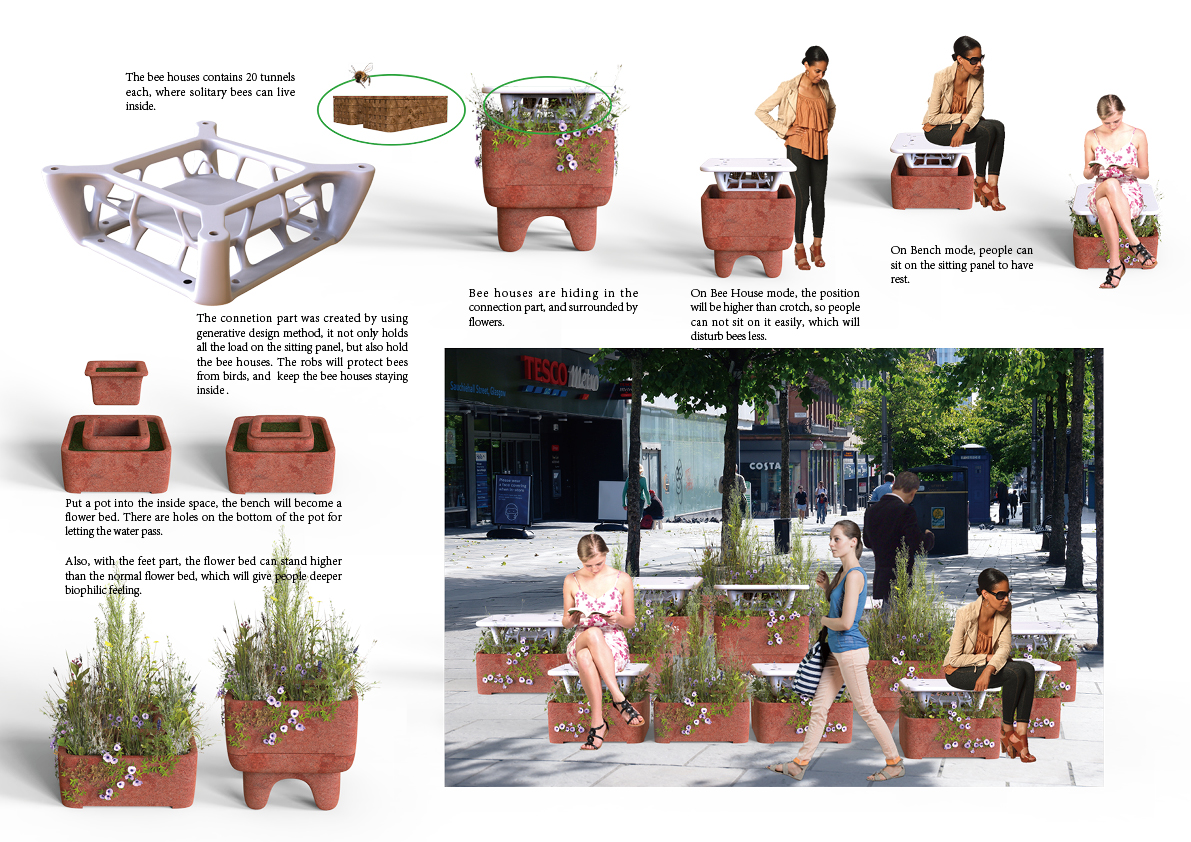