Curator Grace Jackson introduces us to the work of Vaginal Davis.

Grace Jackson is a curator and writer from Toronto, Canada, currently based in Glasgow, UK. Presently, Grace is completing her Master of Letters in Curatorial Practice (Contemporary Art) at the Glasgow School of Art and the University of Glasgow. Her research interests include queer theory; alternative and ephemeral forms of archiving; and curatorial practices based on hope, disappointment, and uncertainty.

Previously, Grace was the director of the Toronto gallery The Zwig Foundation Collection from 2017-2019, where she organised artist talks, community events, and alternative curatorial programs that intended to enliven a static collection with new perspectives and discursive forms of looking and learning. Additionally, she was editor-in-chief of discount magazine, an artist-run publication based out of Toronto from 2015-2018. With discount, Grace led the organising, fundraising, and publication of two successful issues that brought together international artists based on varying themes. Grace completed her BFA in Art History with distinction at Concordia University in Montreal, Canada in 2015.

VIDEO ~ From My Bedroom to Yours: Art History Lessons from an Absolute Nobody and EXTENDED ESSAY ~ Unruly forms of Care: Preserving Humility as a method of Curatorial Resistance

This curatorial project takes the form of both essay and video, using the work of artist Vaginal Davis to unpack traditional curatorial strategies of care.

Vaginal Crème Davis is an LA-born, Berlin-based artist whose artistic practice spans a vast and untameable array of media. Throughout her work, she has applied unpredictable styles, techniques, themes, and venues making her difficult to define or pin-down. Her lengthy career destabilizes notions of gender, race, sexuality, and linearity, as she fluidly moves between progressing forward and returning back to old habits and ideas. As Dominic Johnson explains, “Davis’s personas reject the internal counter-cultural mandate to refuse self-criticism, instead problematizing the functions and assumptions of normative trends within the margins,” (Johnson, 2001). Her conceptual lectures, zines, and drag performances not only move away from standards imposed by mainstream culture, they further seek to undermine standards more generally. Davis continues to challenge her viewers to look for alternatives to current circumstances and new possibilities that are not always evident elsewhere.

Famously described as employing a form of ‘terrorist drag’ by José Esteban Muñoz in 1999, Davis imposes unruly and eccentric concepts upon her audience, often even radicalising ideas that already appear unconventional (Muñoz, 2018, 93). In 2003 Davis explained to her interviewer:

“When it comes to performance art, I am more interested in the failures than the so-called successes. I have never cared for entertaining anyone. My performances may have elements that some may find entertaining, but that’s not my main purpose.” (Bregman, 2003)

Gaining a clear understanding of Davis’s goals is not necessarily possible, as her intentions with each project vary enormously. However, determining the purpose of her work, or trying to grasp it entirely is perhaps beside the point. Davis invites us into a space in which we are not necessarily privy to what is going on; however, we are together in collective discomfort, sharing an uncertainty about how we should feel or what we should think. Angry, messy, humorous, and unkempt, yet always intelligent and thoughtful, Davis’s work activates the politics of her own body, as well as the bodies, spaces, structures, and oppressions that surround her.

Further, Davis’s work offers a powerful avenue through which to explore practices of curating, and therefore caring for art. My video project seeks to both present the work of Vaginal Crème Davis, while also experimenting and exploring avenues of curation that are antithetical to traditional standards of white cubes and academia. Following from Jack Halberstam’s concept of the ‘queer public intellectual,’ the project seeks to undermine boundaries between academic and community-based forms of learning, blending them together and demonstrating their validity harmoniously (Halberstam, 2003, p. 363). The extended essay examines institutionalised curatorial methods that seek profit and cultural capital above the interests of the artists they work with and seeks to demonstrate how Davis’s work is inherently in opposition to such goals. Divergently, the art historical video diary intends to offer a unique counterpoint to institutionalised curating and writing about art. Inspired by Davis’s anarchic and nonlinear practice, curator Grace Jackson comes to us via webcam, taking us through three disparate works by the artist. From the confines of Jackson’s bedroom, we have the opportunity to engage with personal and sensory interpretations of Davis’s work that are indeed bound by fact, yet also by ephemera. The project seeks to demonstrate the fluidity necessary within authentic forms of care, asking us to consider how each artist can offer new ways to interrogate curatorial practices.

Curator Grace Jackson introduces us to the work of Vaginal Davis. 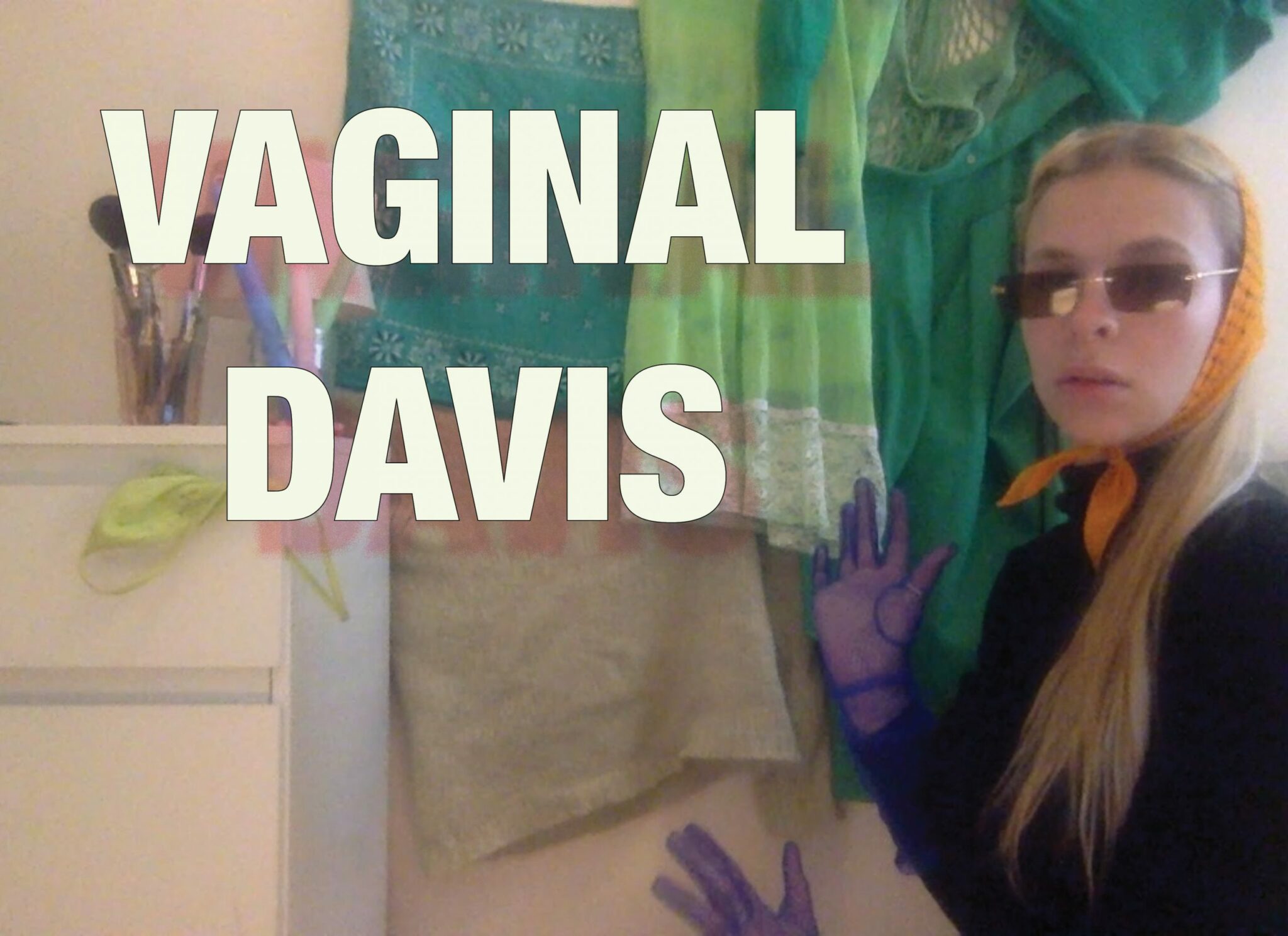 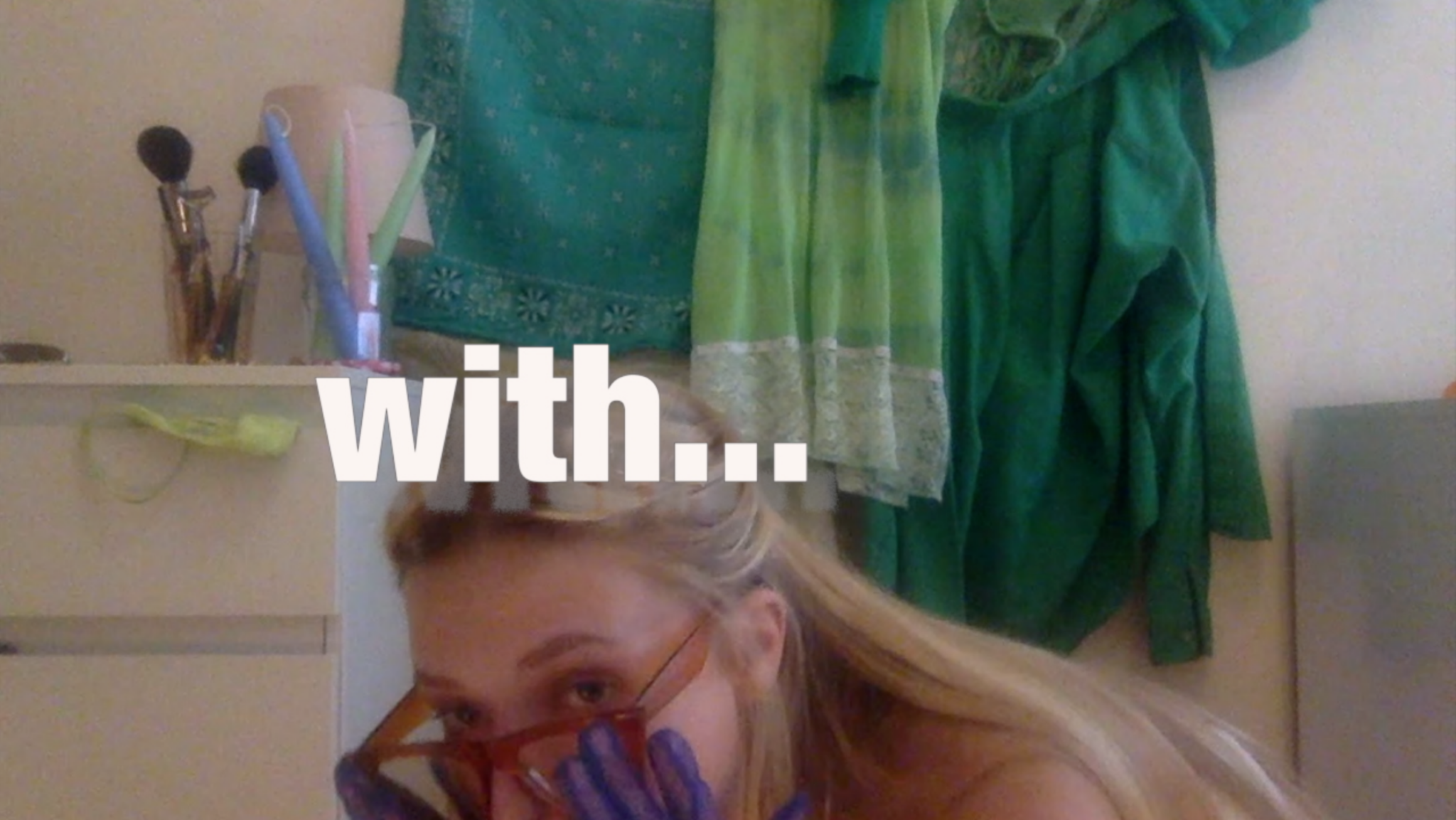 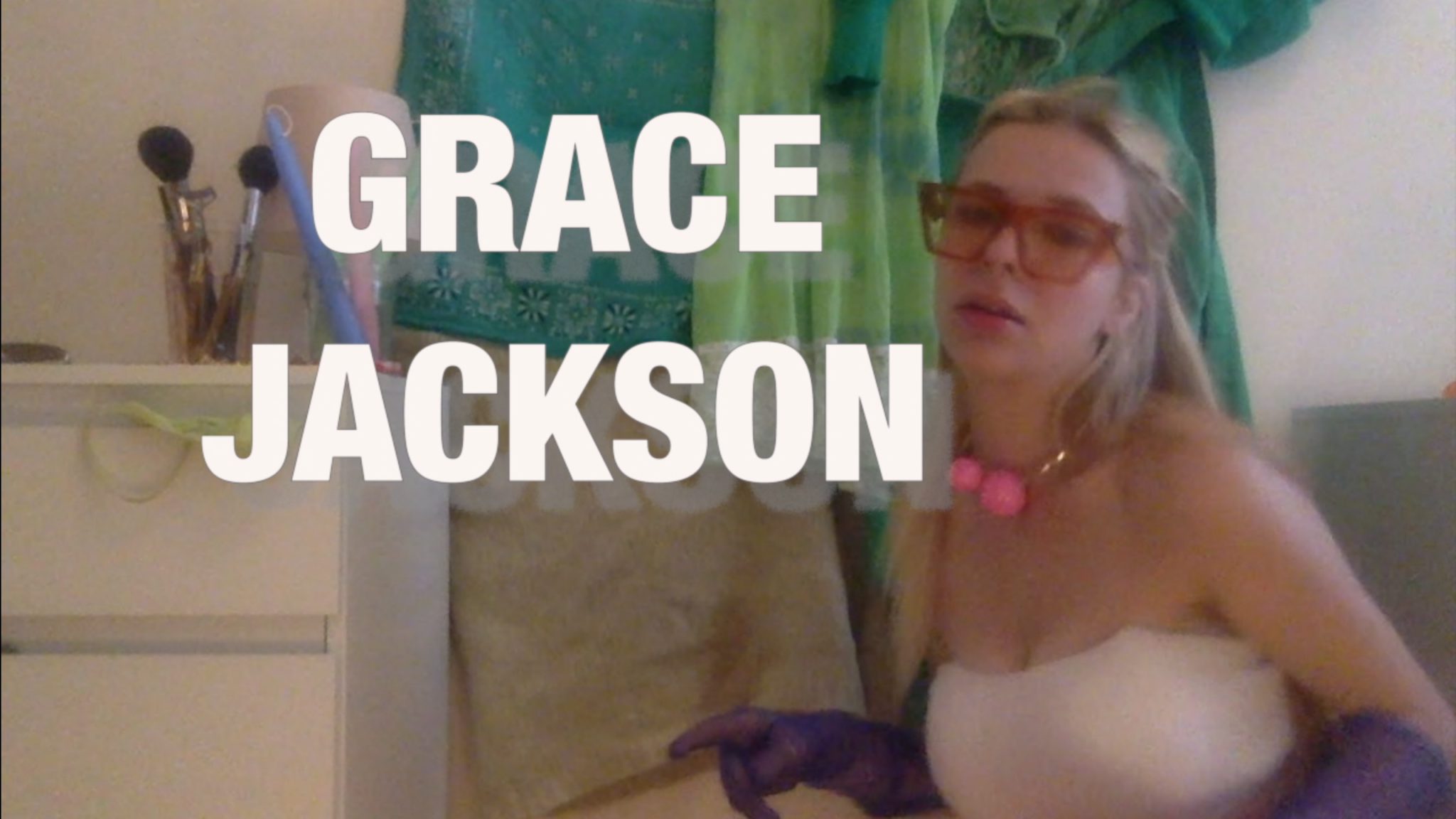 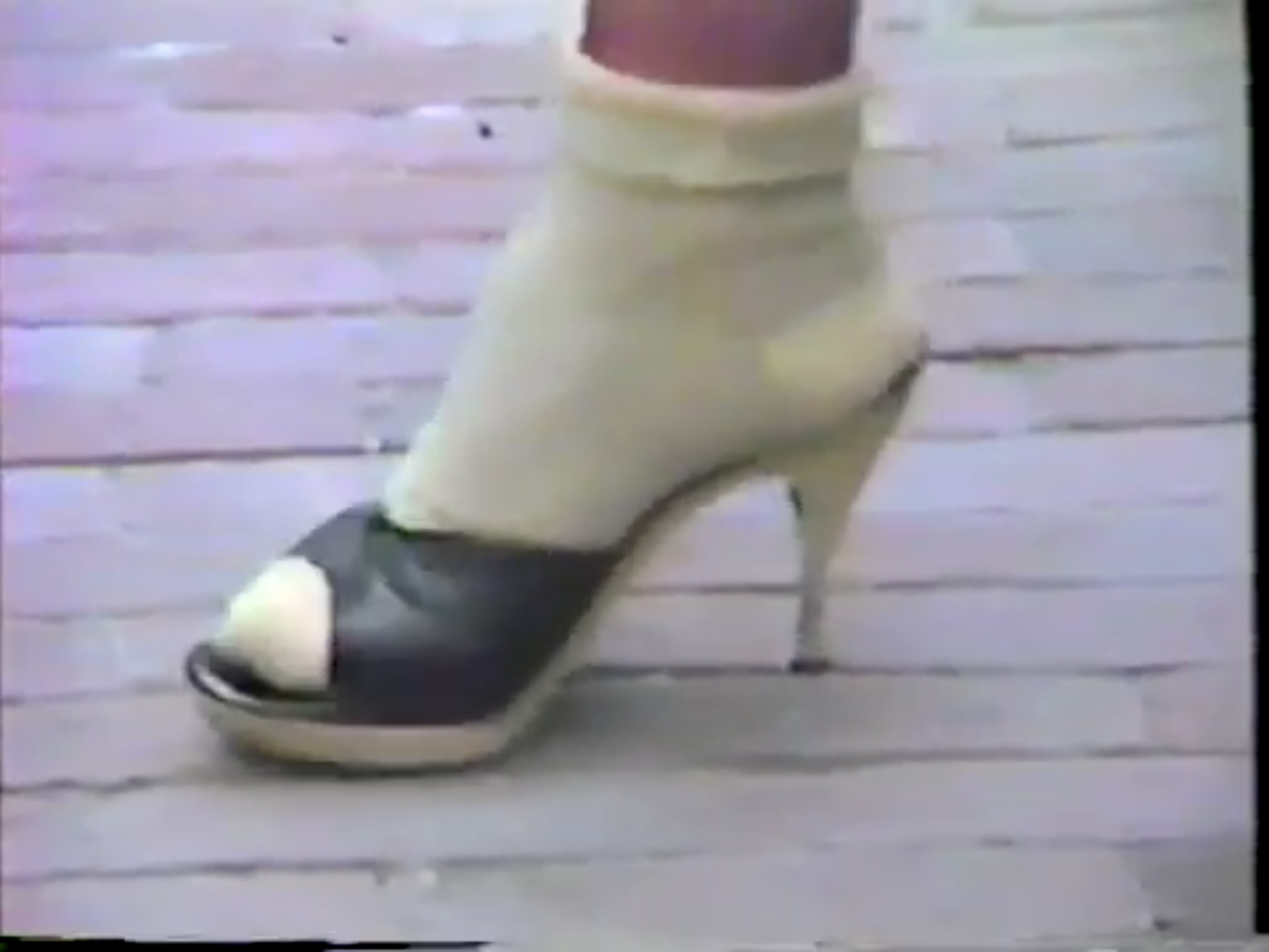 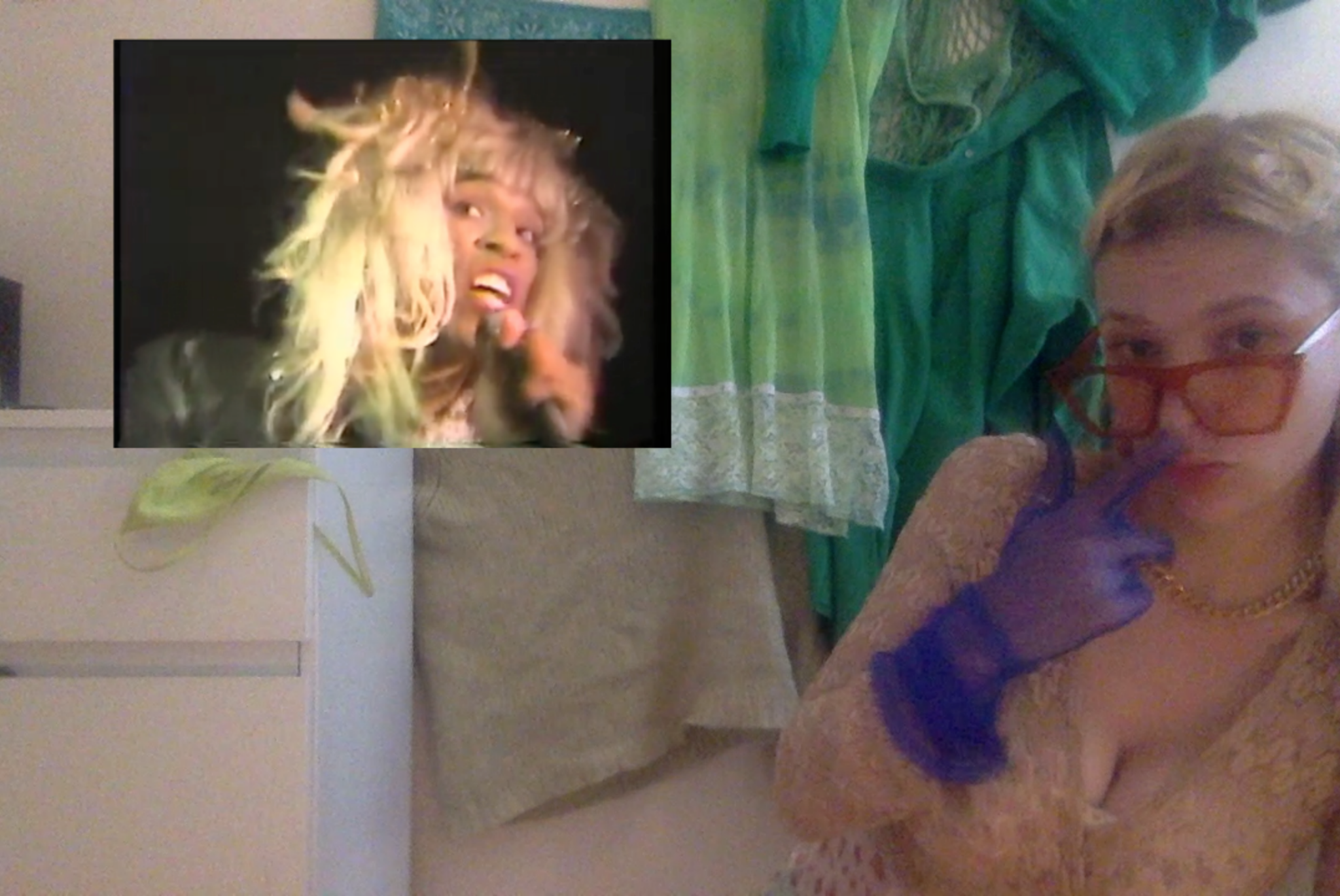 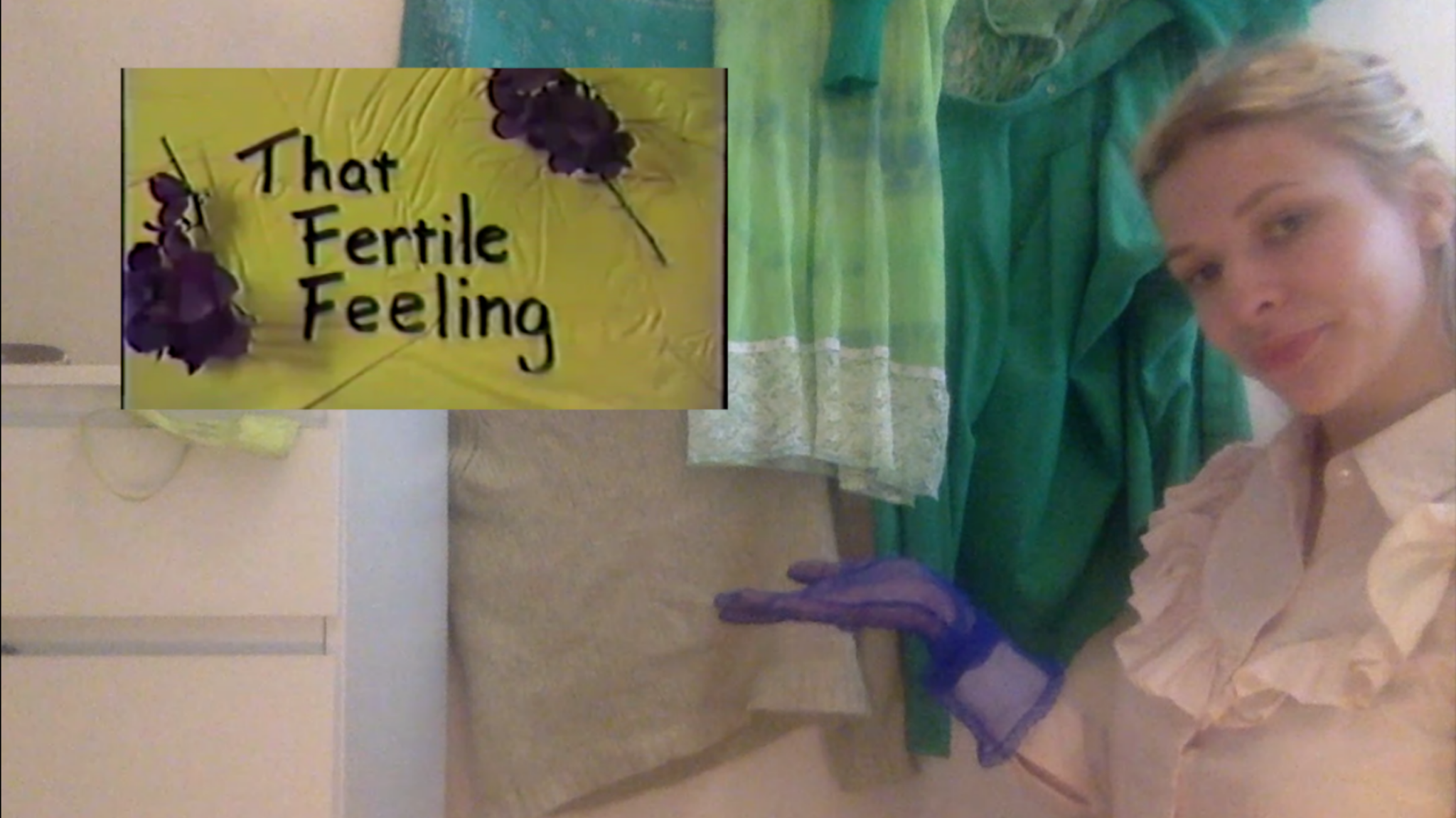 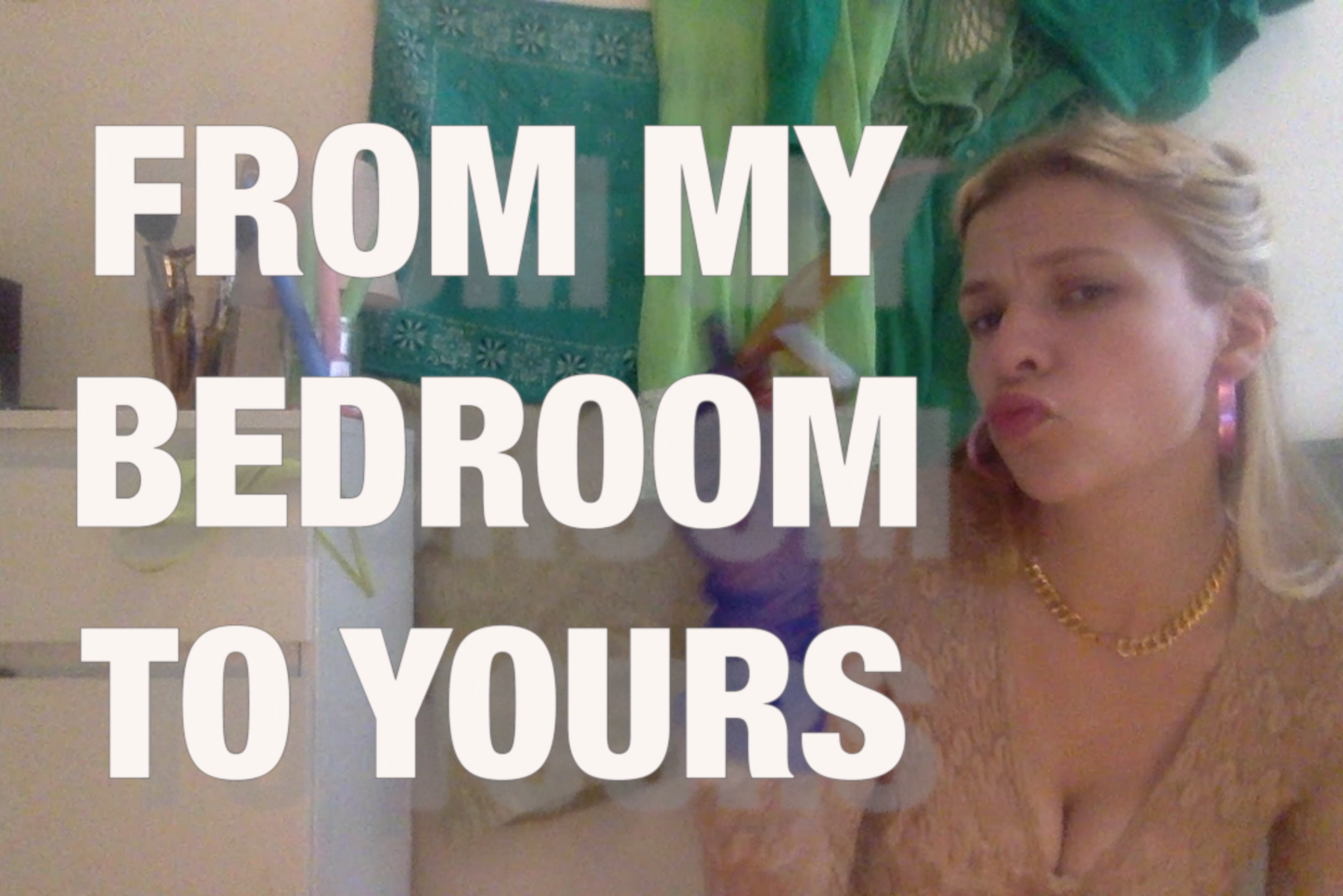