Daniel graduated with a 2.1 in Aero-Mechanical Engineering from the University of Strathclyde in 2018, before spending a year working as a freelance photographer, videographer and visual artist in Glasgow’s thriving punk and alternative rock music scene. Having had work commissioned by or featured in a range of editorials including Noisey, NME, Dork, The BBC, Dr. Martens and many more, Daniel made the decision to return to university for the Product Design Engineering postgraduate MSc. course at GSA, allowing him to combine his passion for design and creativity with his already established academic ability in engineering.

While studying at GSA, Daniel has developed a focus on user-centred design, with a particular interest in user experience. Throughout the first semester of study, he contributed a crucial role on Teamentia, in the development of the Remelodies project. This project centred around carers for, and sufferers of dementia, finding a way to remove the clinical element from their pre-existing relationships, be that husband and wife, mother and daughter, father and son, two friends or any other possible combination. The project received notable praise from an expert, a Glasgow based dementia events co-ordinator, who was consulted throughout the project and later was highly commended in the SIE Fresh Ideas competition.

Daniel’s major project also centred around user experience, this time with the aim of finding a way to minimise the disadvantages faced by dyslexic students in education on account of their lesser reading rate when compared to their non-dyslexic peers. The final design solution (the Minstrel) is an audiobook reader with an enhanced user experience, allowing users; improved navigational controls, improved feedback on progress through a text, a method of highlighting from an audiobook and a way to avoid their place being lost should they lose focus on the audio-narration. Three diagnosed dyslexic students and one expert, a product design engineering lead from Rakuten Kobo, were consulted throughout the project. The final design solution was commended as an intuitive solution with solves a major problem. 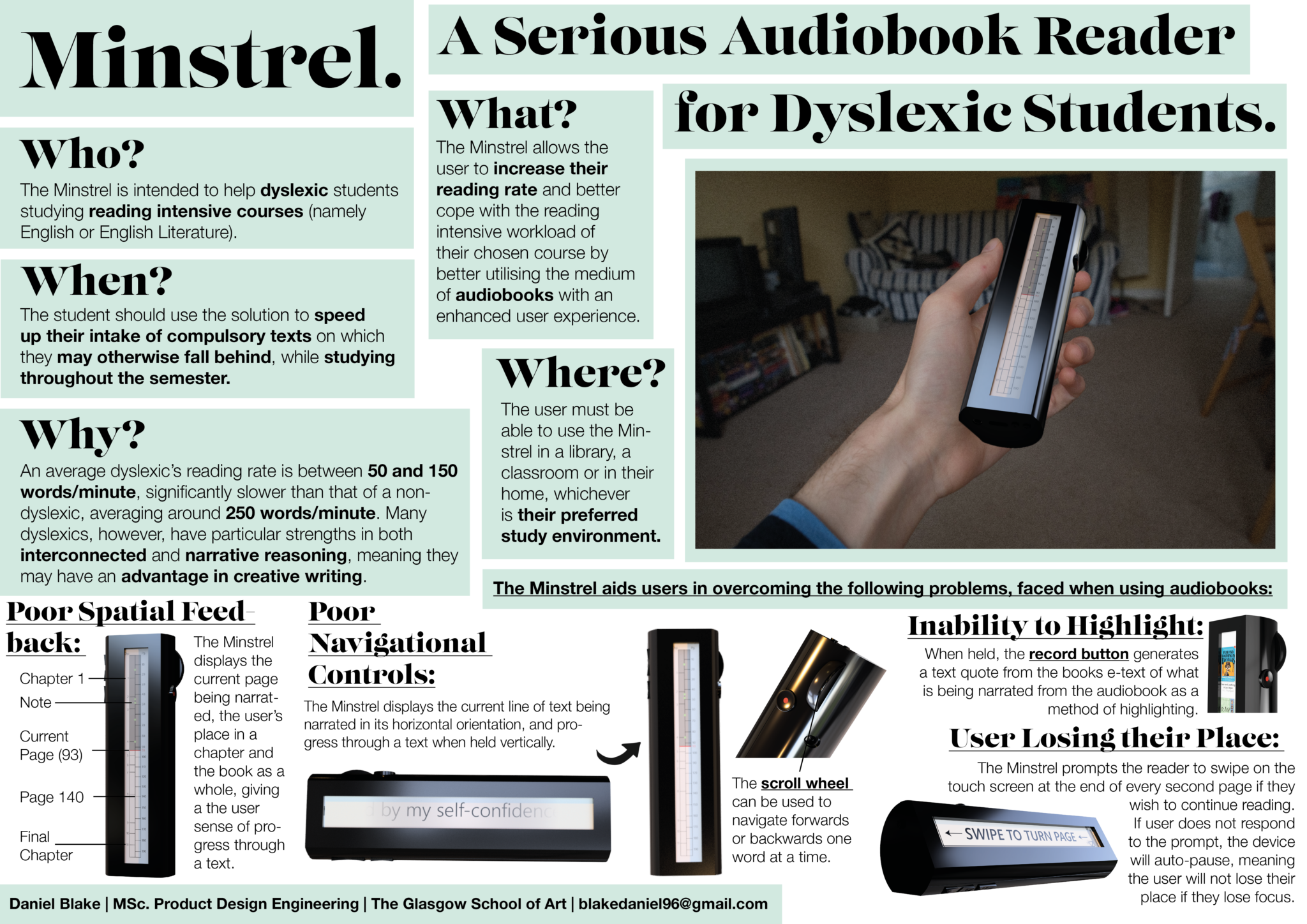 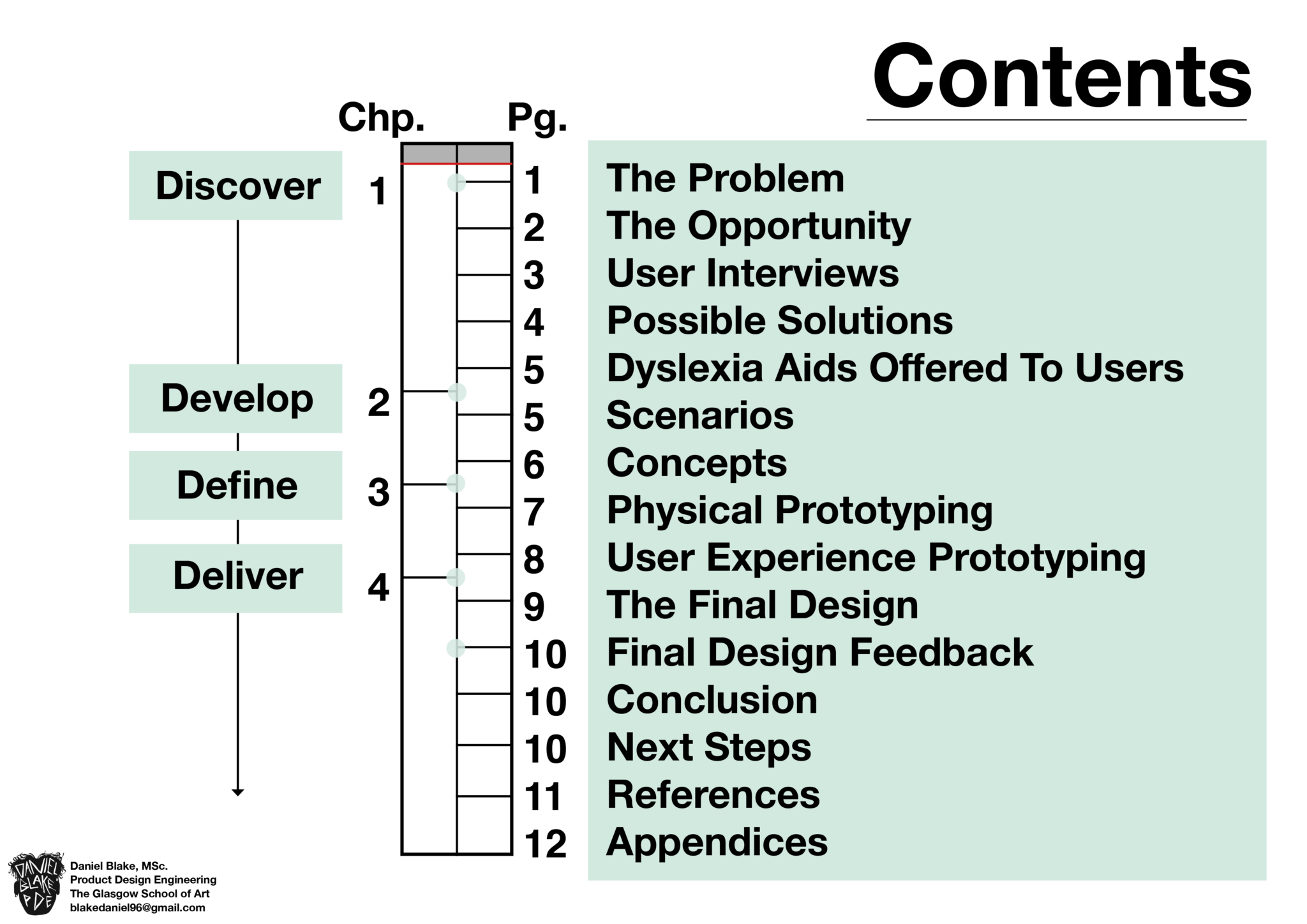 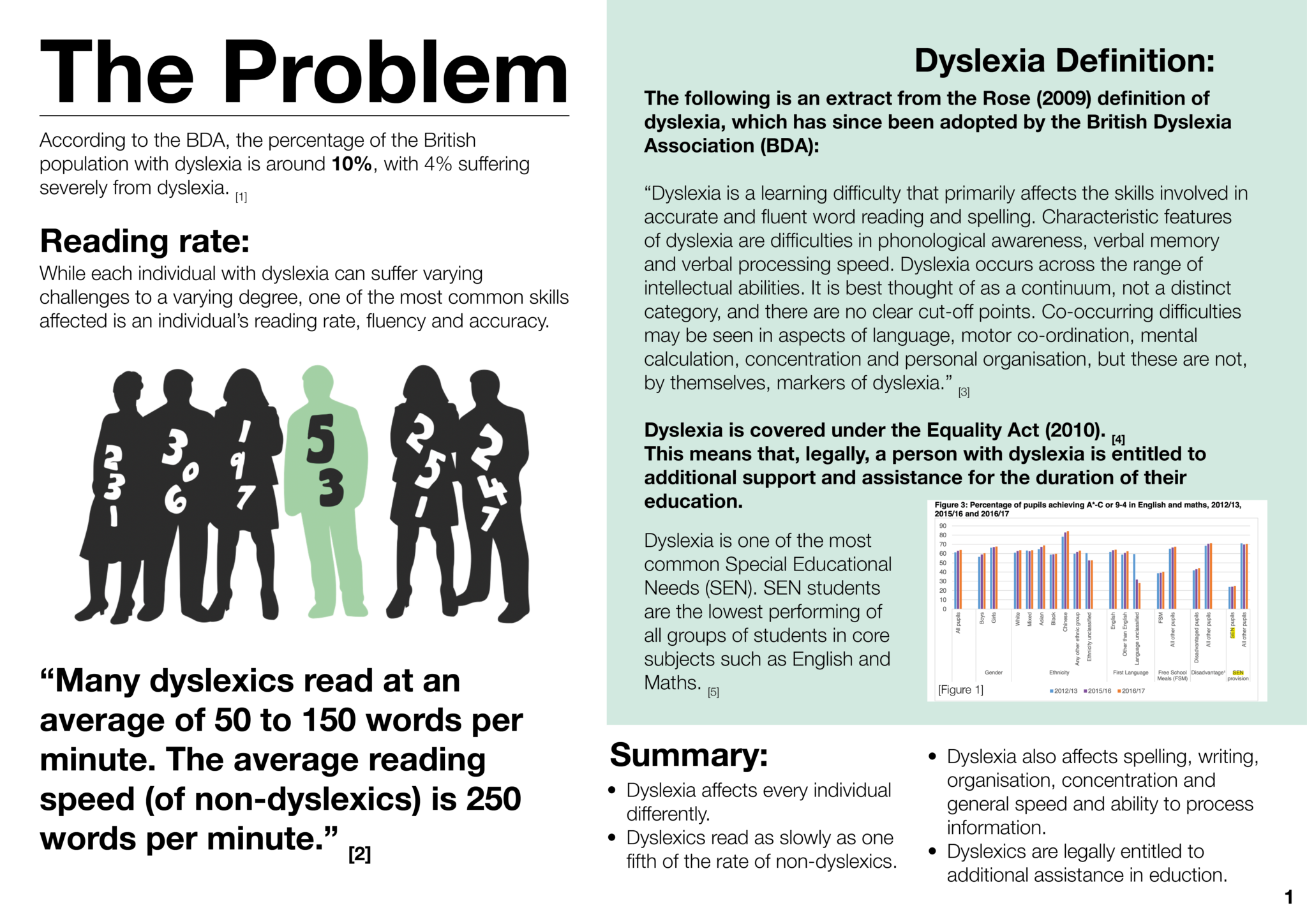 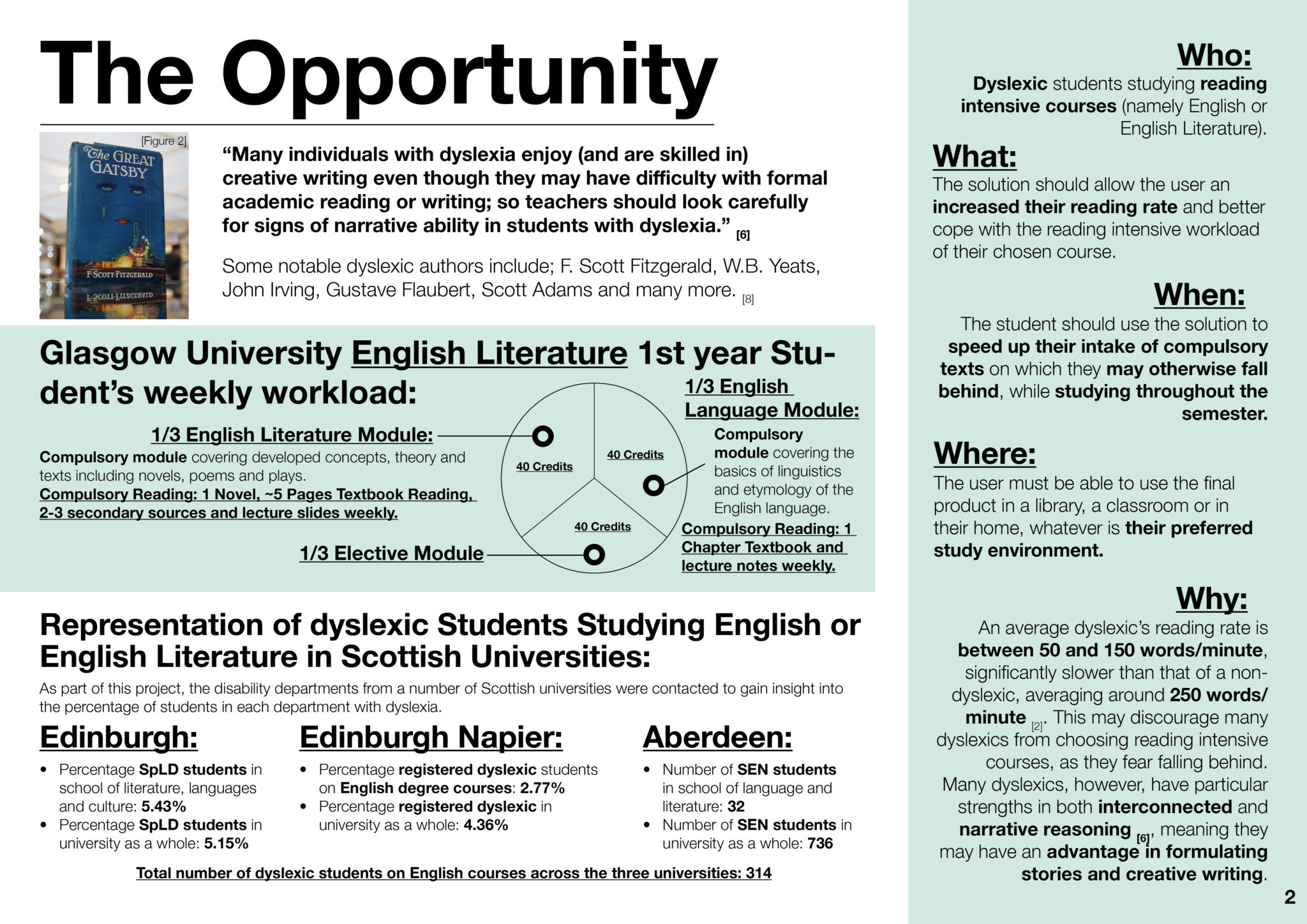 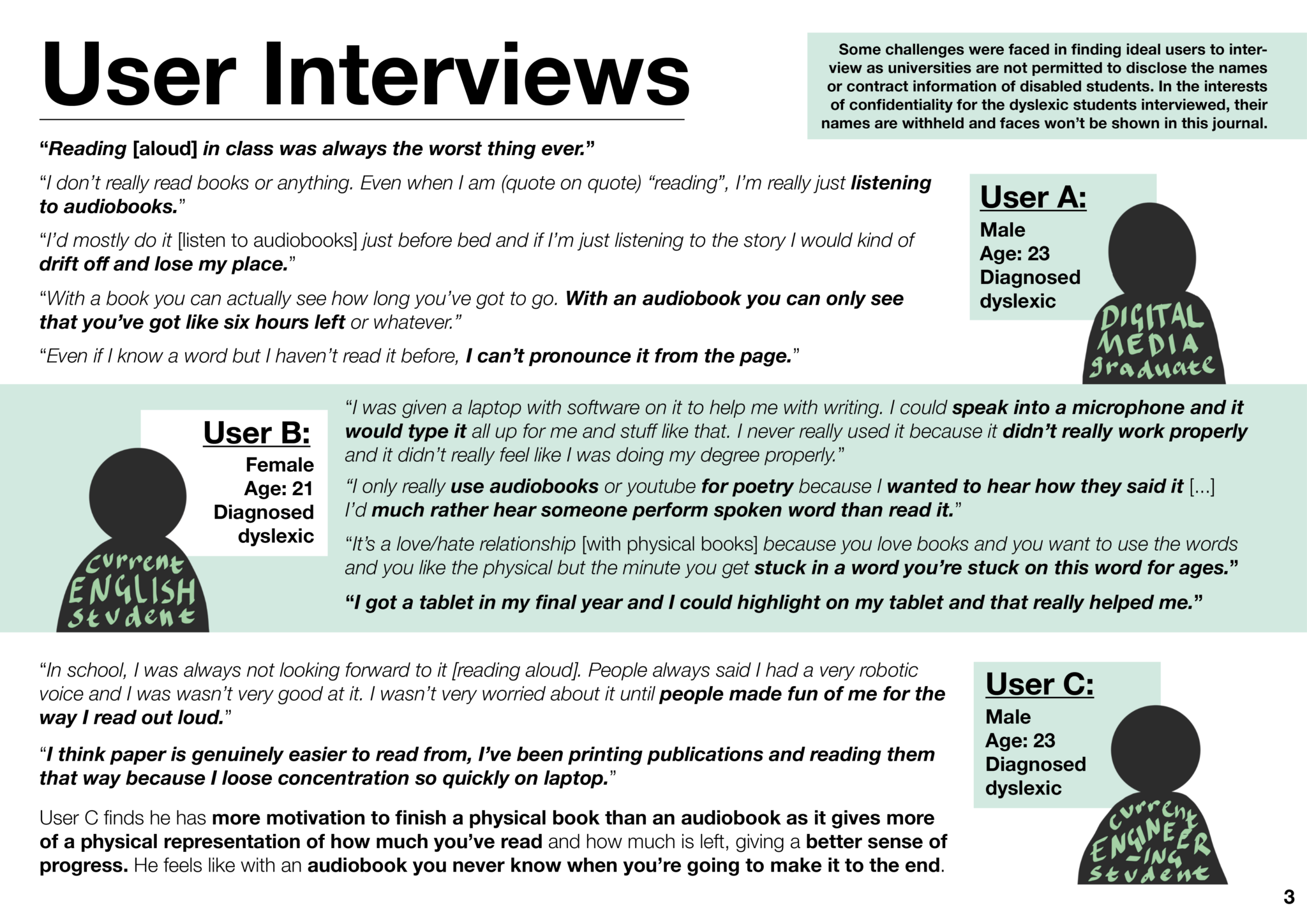 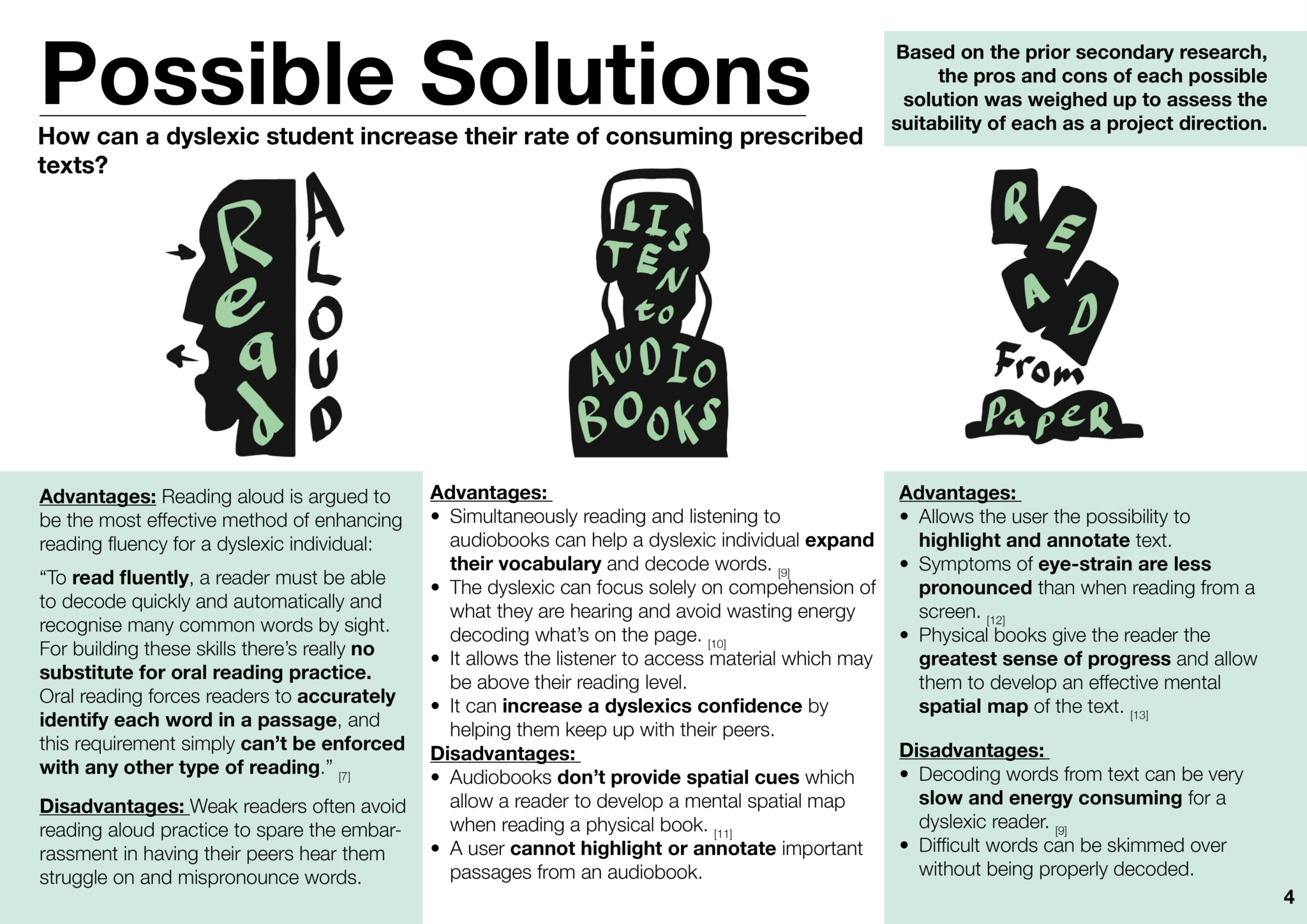 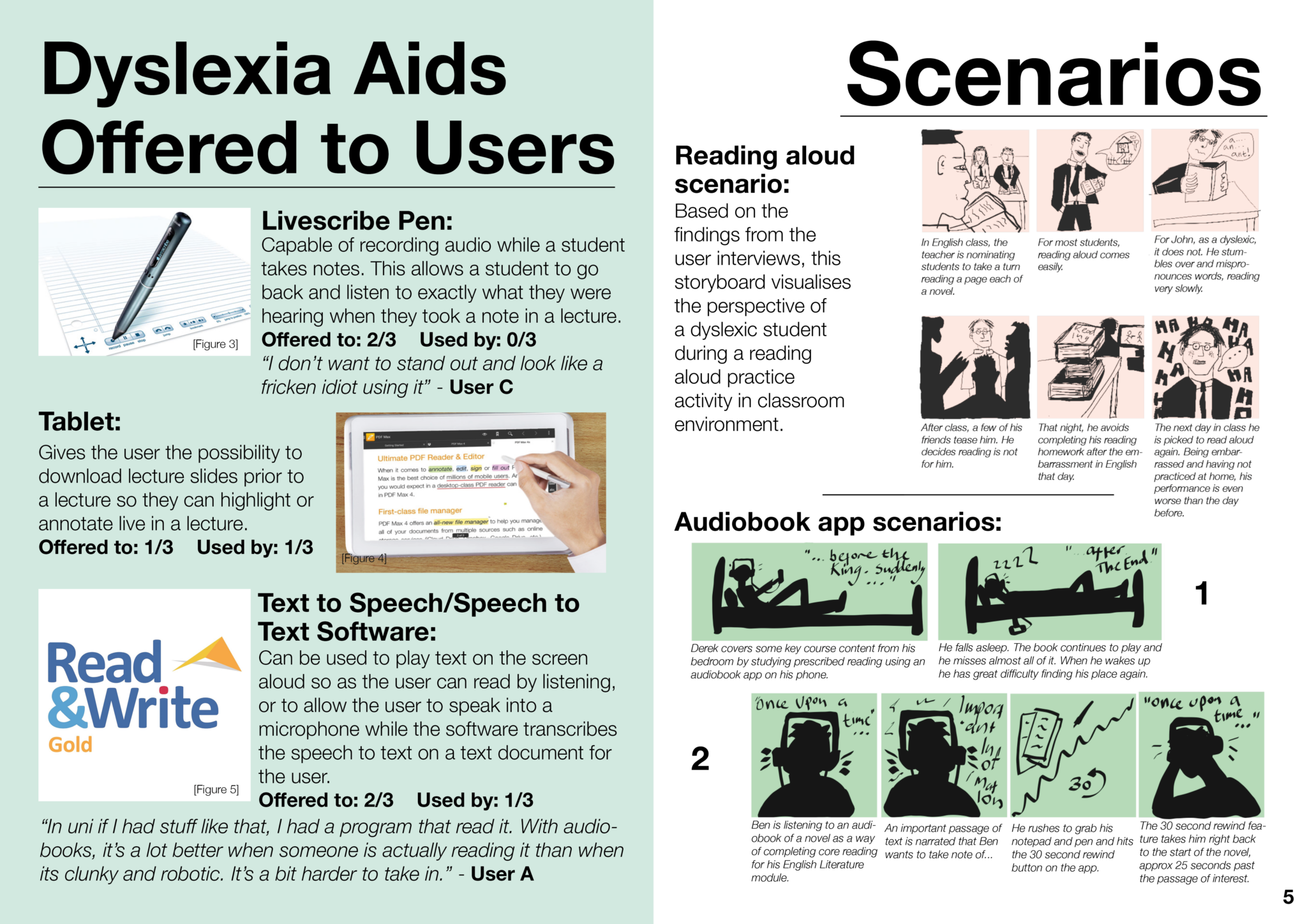 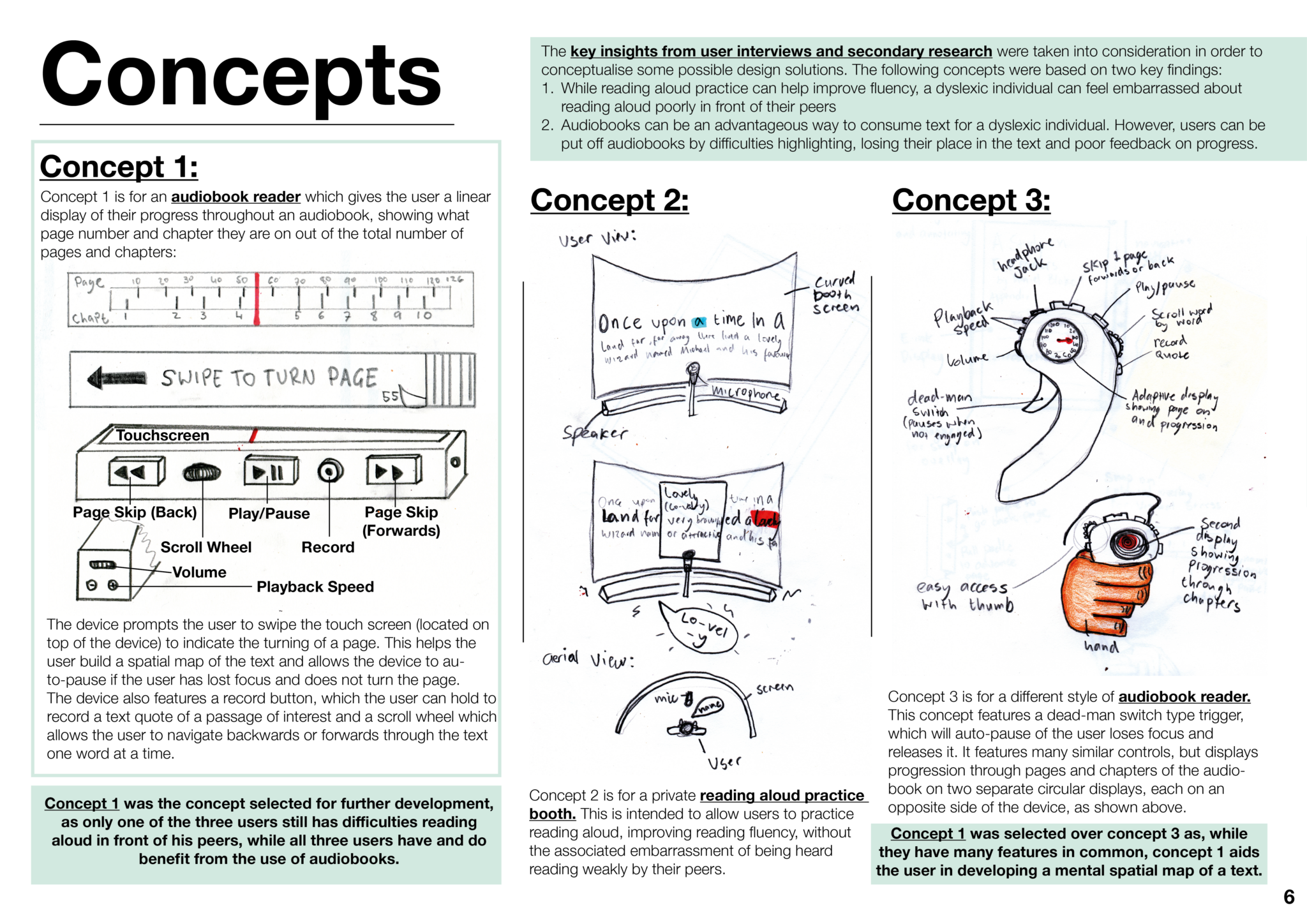 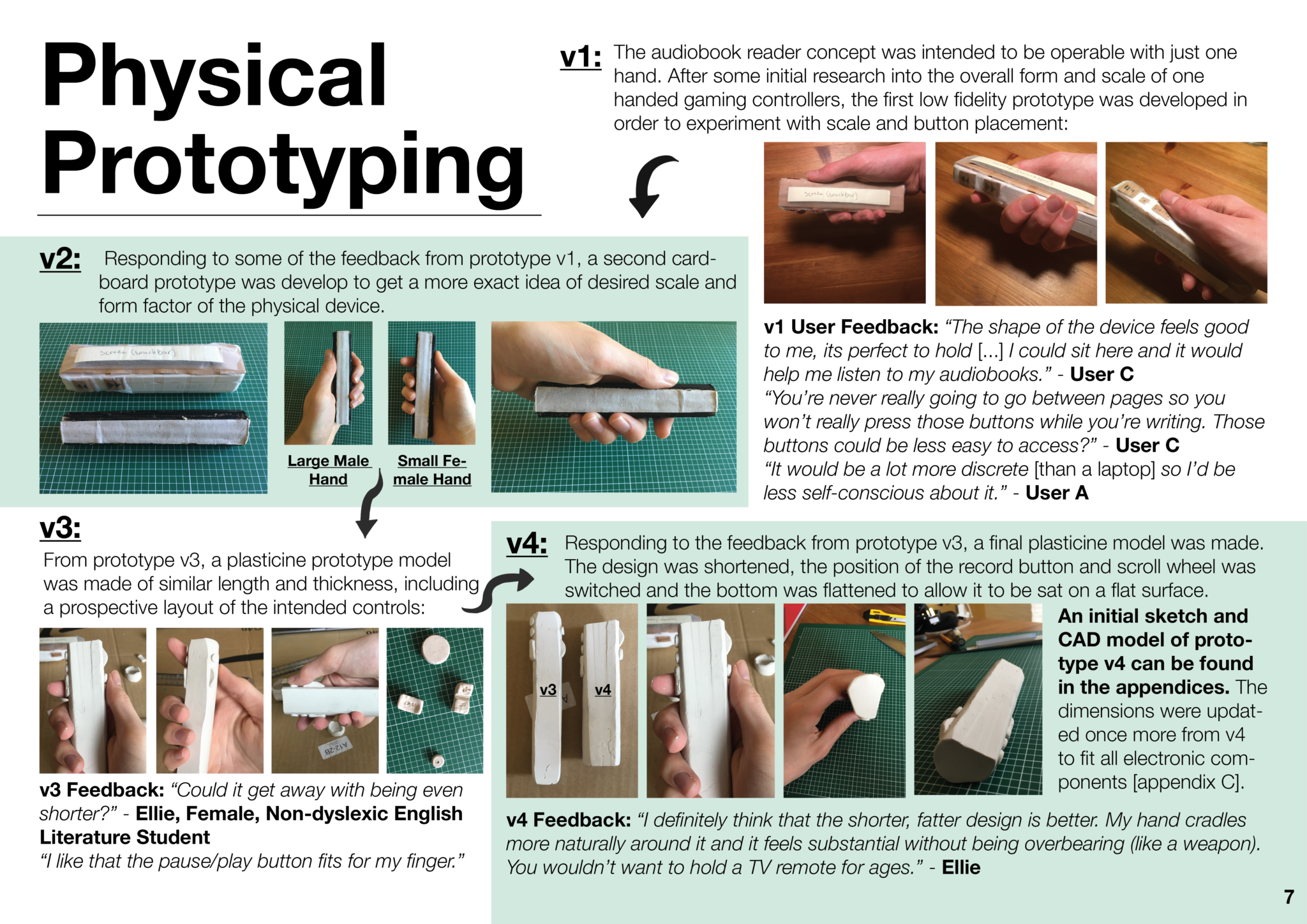 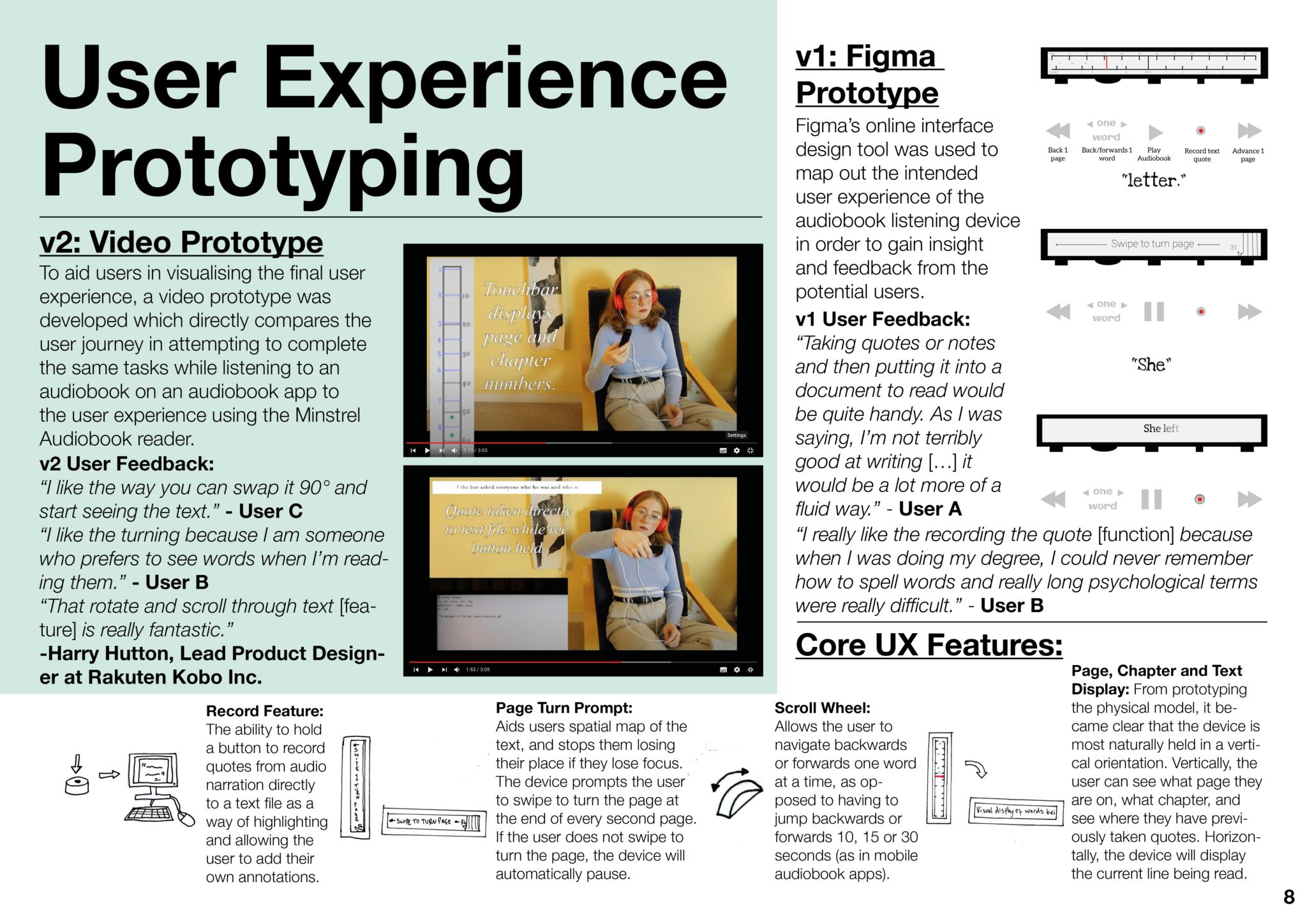 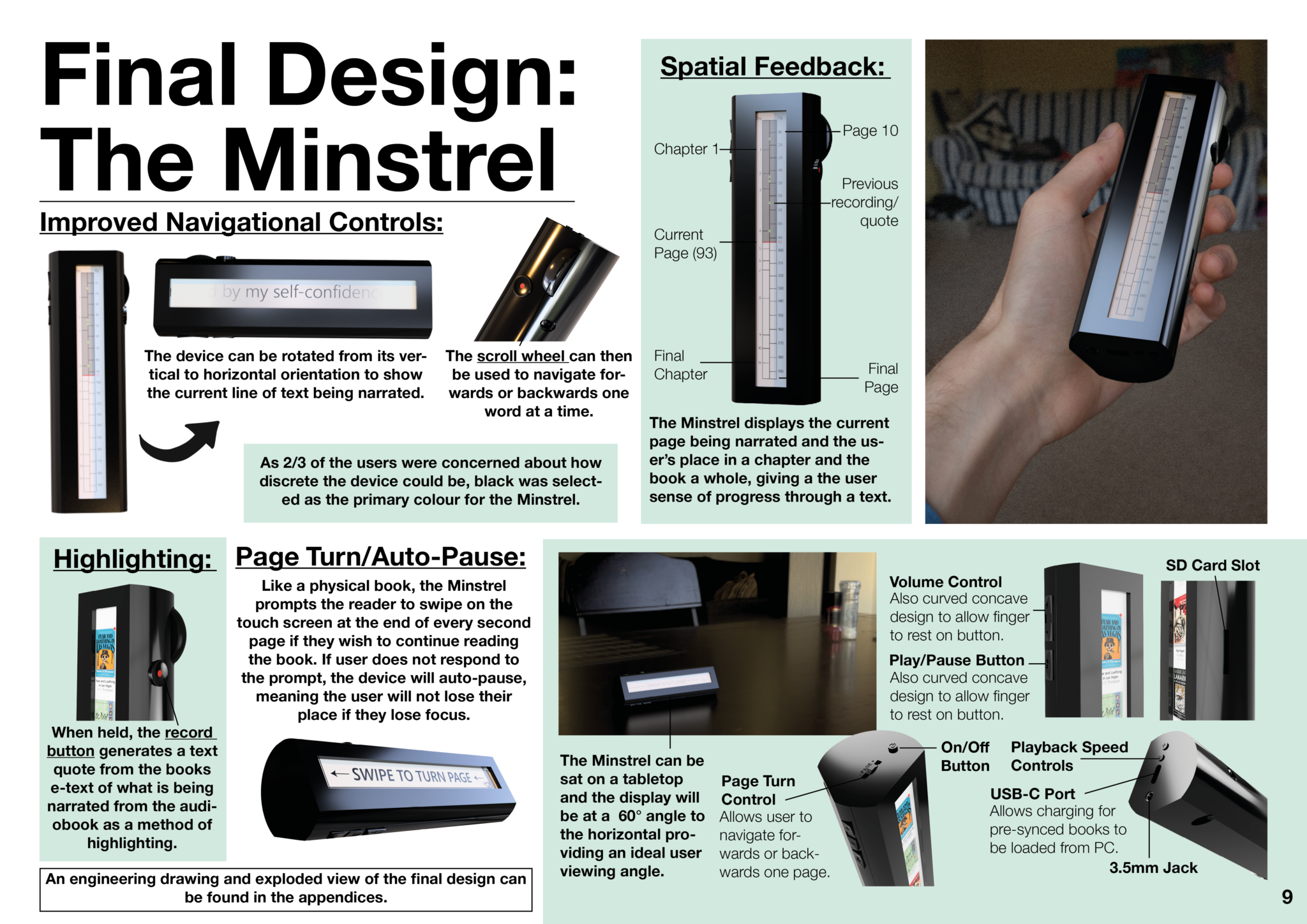 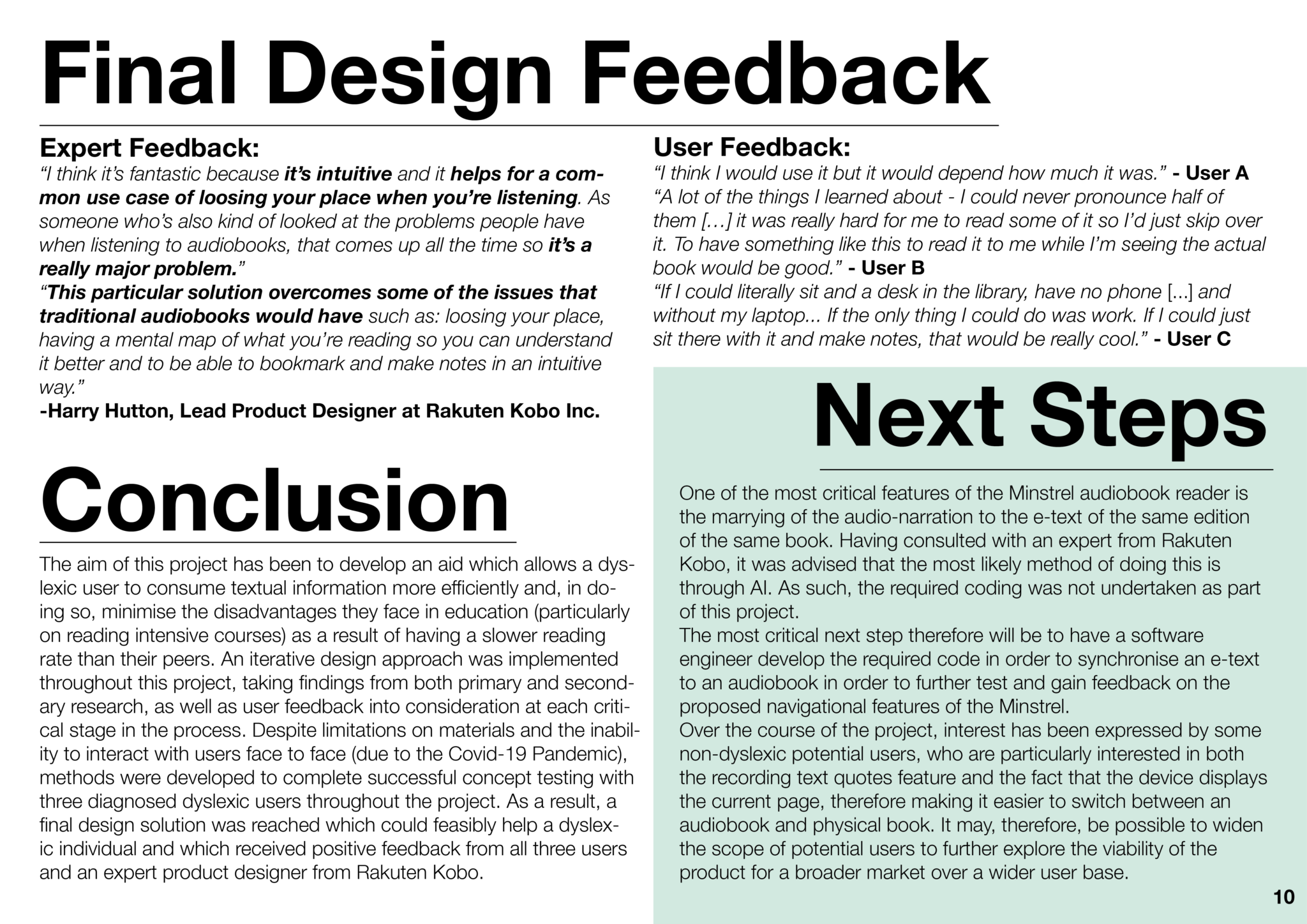 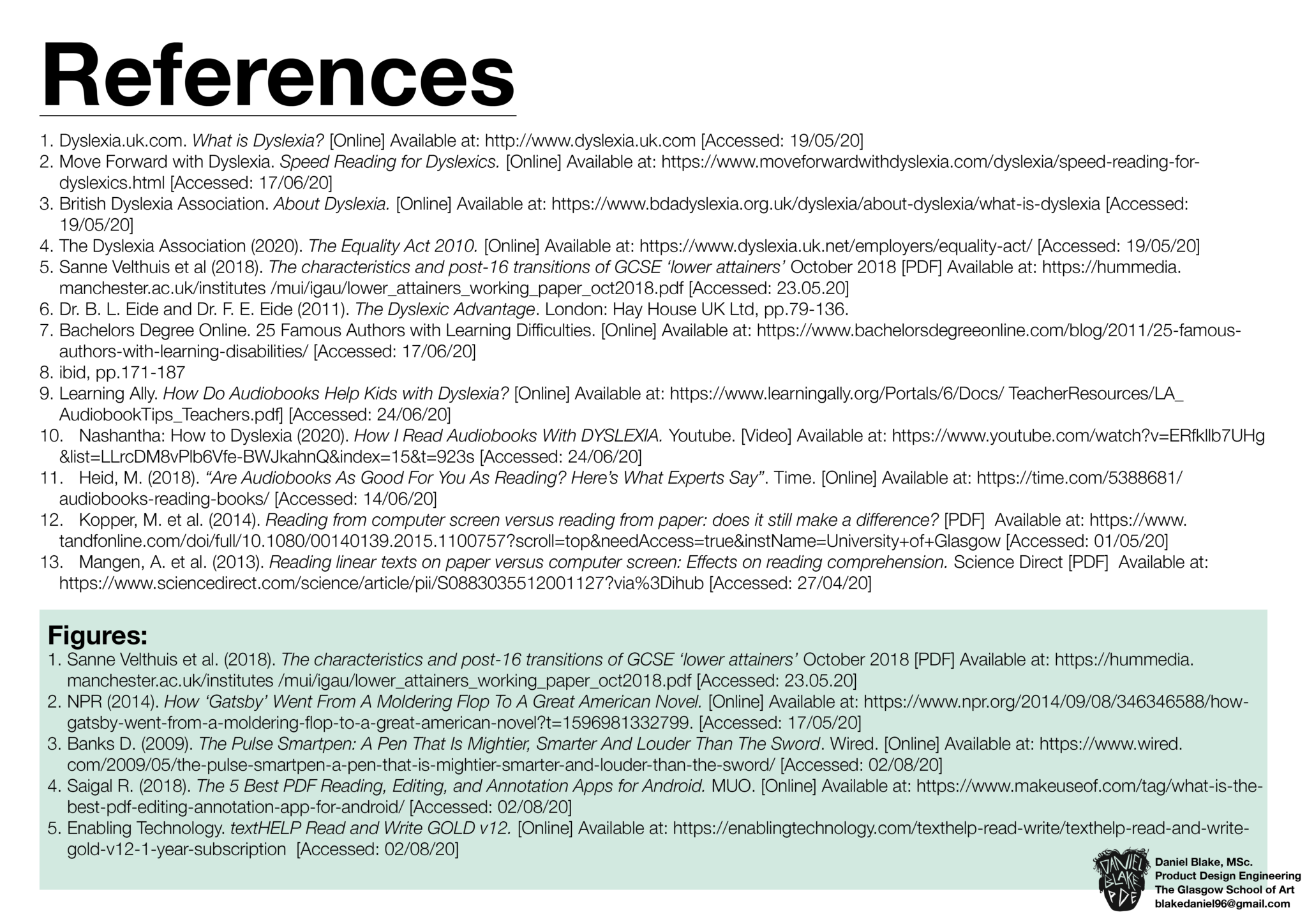 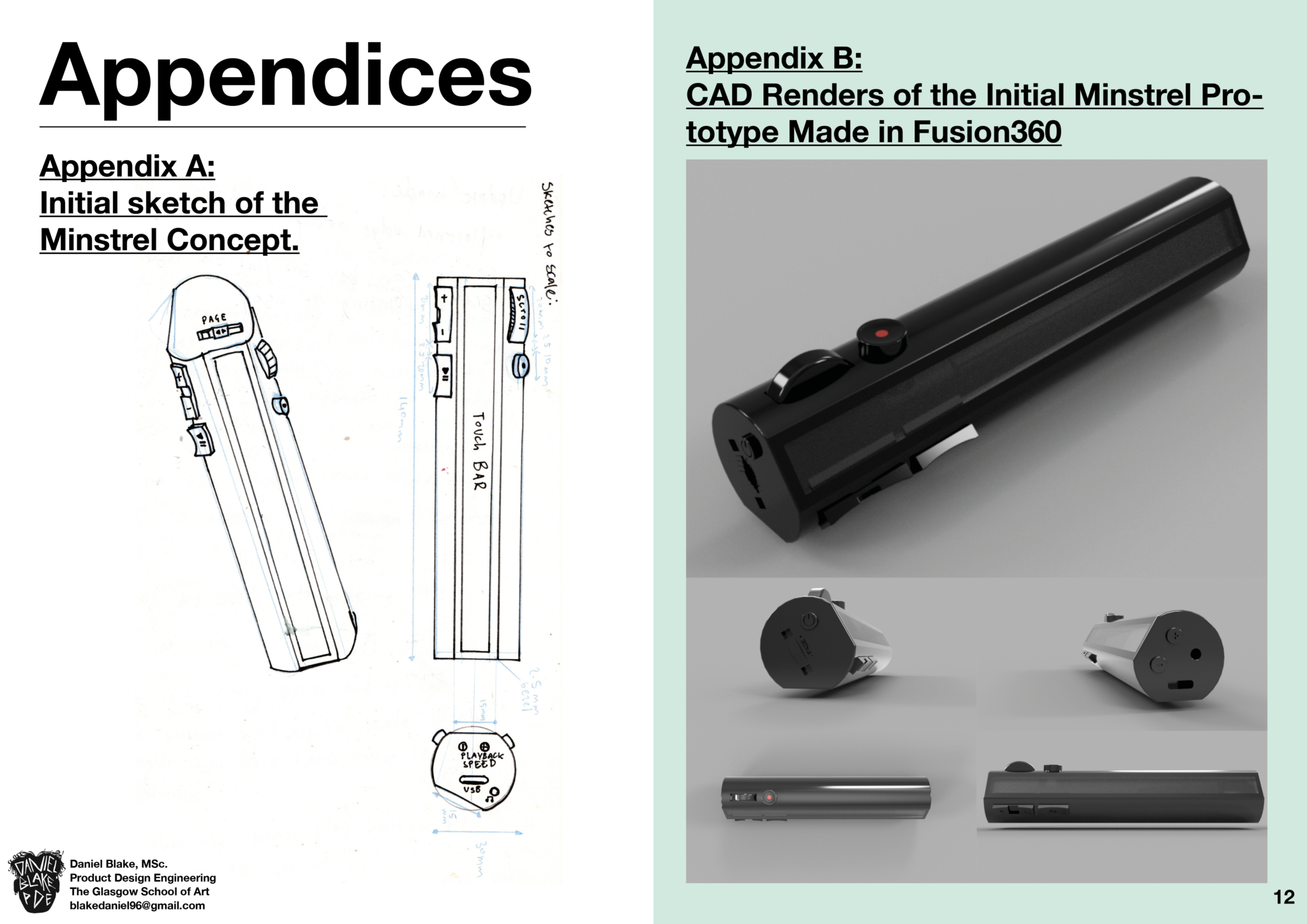 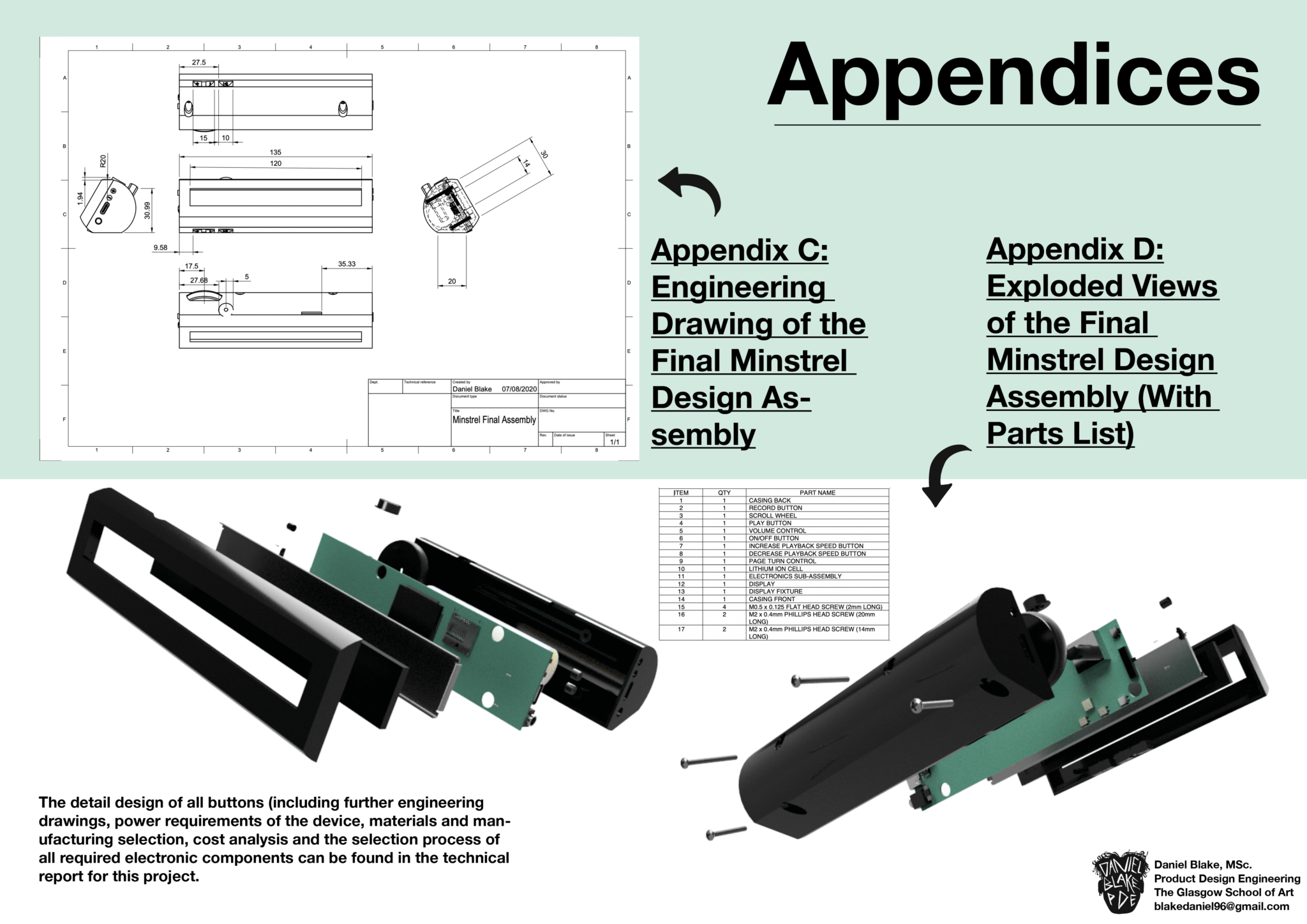