Windsor participated in the MDes Interior Design course after completing her BA Hons degree in Interior Design at Glasgow School of Art. She grew up in America and was highly involved in the performing arts, which initially sparked her interest in spatial and interior design. She still works in the performing arts as a dance teacher and choreographer between Glasgow and Edinburgh. Her design interest include movement through space, interior mise-en-scene, scenic design, fictional interiors and places, and experimenting with alternative ways to present and understand interiors through elements like sound and film. She investigates ways to re-see interiors and space by applying techniques and theories such as defamiliarization, The Uncanny, and studying the mise-en-scene of film especially in the horror and sci-fi genre.

Project: A Glitch in the digital world is a temporary malfunction or fault, but when applied to a different context the term glitch takes on a new meaning. A glitch in the physical form or glitch in the universe (space and time) is an unfamiliar thing or coincidence that grabs our attention, and could possibly be rationalization for unexplained occurrences or alleged paranormal encounters. Once we are in the fourth dimension and beyond there can be an overlap of dimensions causing or appearing to be what I claim is a physical glitch. This opens up an argument of an un-tangible space where mysteries, conspiracies and the paranormal could possibly be explained. This also allows the concept of time and gravity within space to be considered essential elements of the experience of the interior.

Can the reflection and defamiliarization of self and space be used to gain a higher understanding of and effectively develop fictional space? Can a glitch act as a portal or communication to a new dimension, resulting in an uncovering of what cannot be explained? Does a glitch make us more aware of reality and our existence, including the space around us and elements that surround it? For my project, the protagonist The Glitch is the evolution of a human subject, myself, once inhabiting another dimension deemed The Graveyard of Molecules. I am using myself as the subject for the project as a metaphor for The Glitch, which will be the protagonist in a personally developed narrative in order to provide a relatable framework for the definition of the glitch. I am also considering the digital glitch’s purpose in relation to the physical glitch, and the possibility that the digital glitch is an attempt of communication from the other dimensions.

Through this project I am challenging the boundaries of interior and spatial design by seeing if it is equally as relevant to occupy a non-tangible space, and if that is possible to effectively visualize while also challenging the relationship between the body and space, and how they affect one another. I have embarked on a journey to discover self-identify reflected in space, using defamiliarization of self and space to gain a higher understanding of the concept of space. My own narrative brings understanding to the experience which is developed through different elements of lived in interiors of my past, mixed with newly designed scenes from the future. These designed visuals create the mise-en-scene of my narrative, influenced by scenic design and my personal art direction. 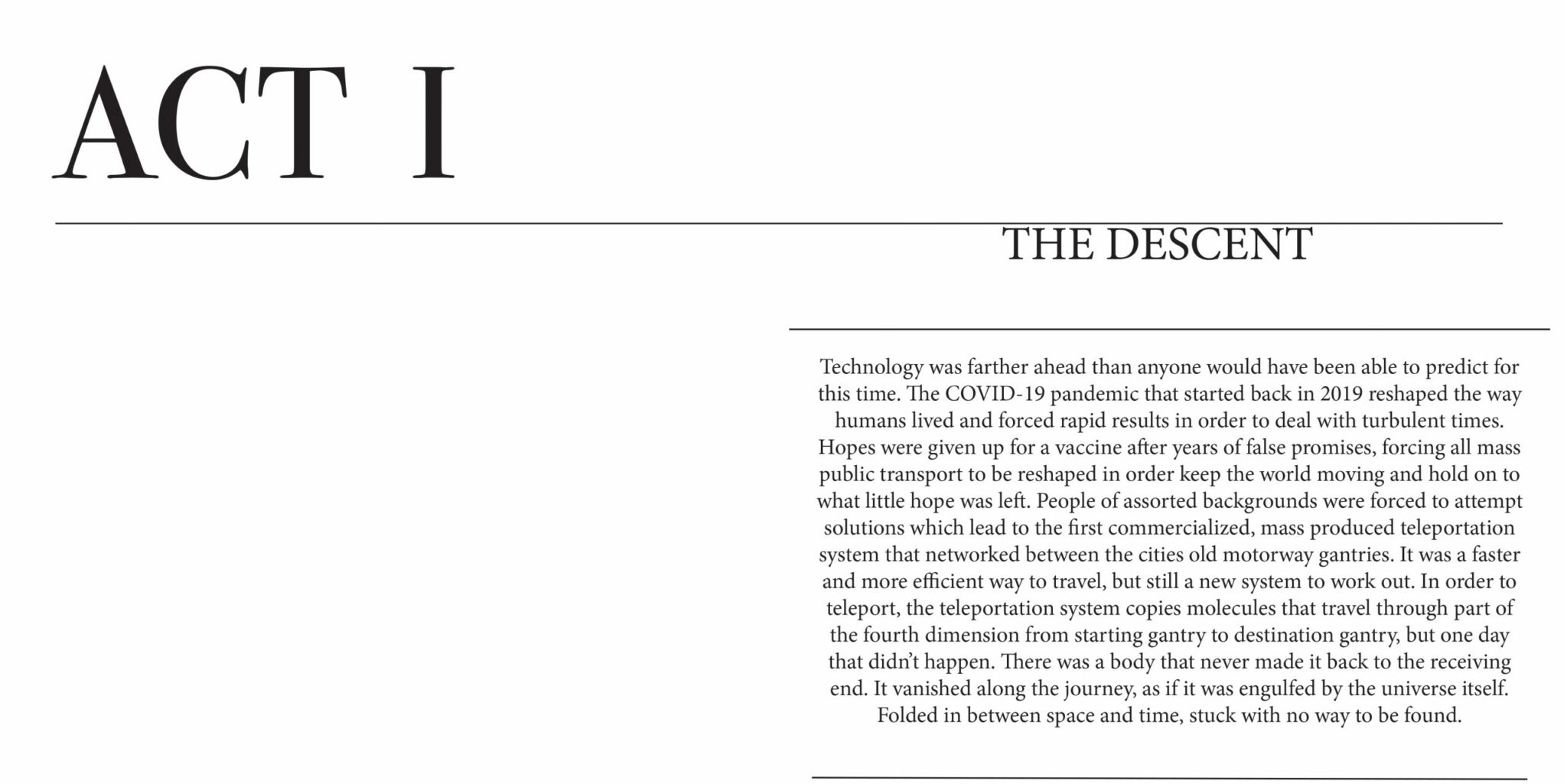 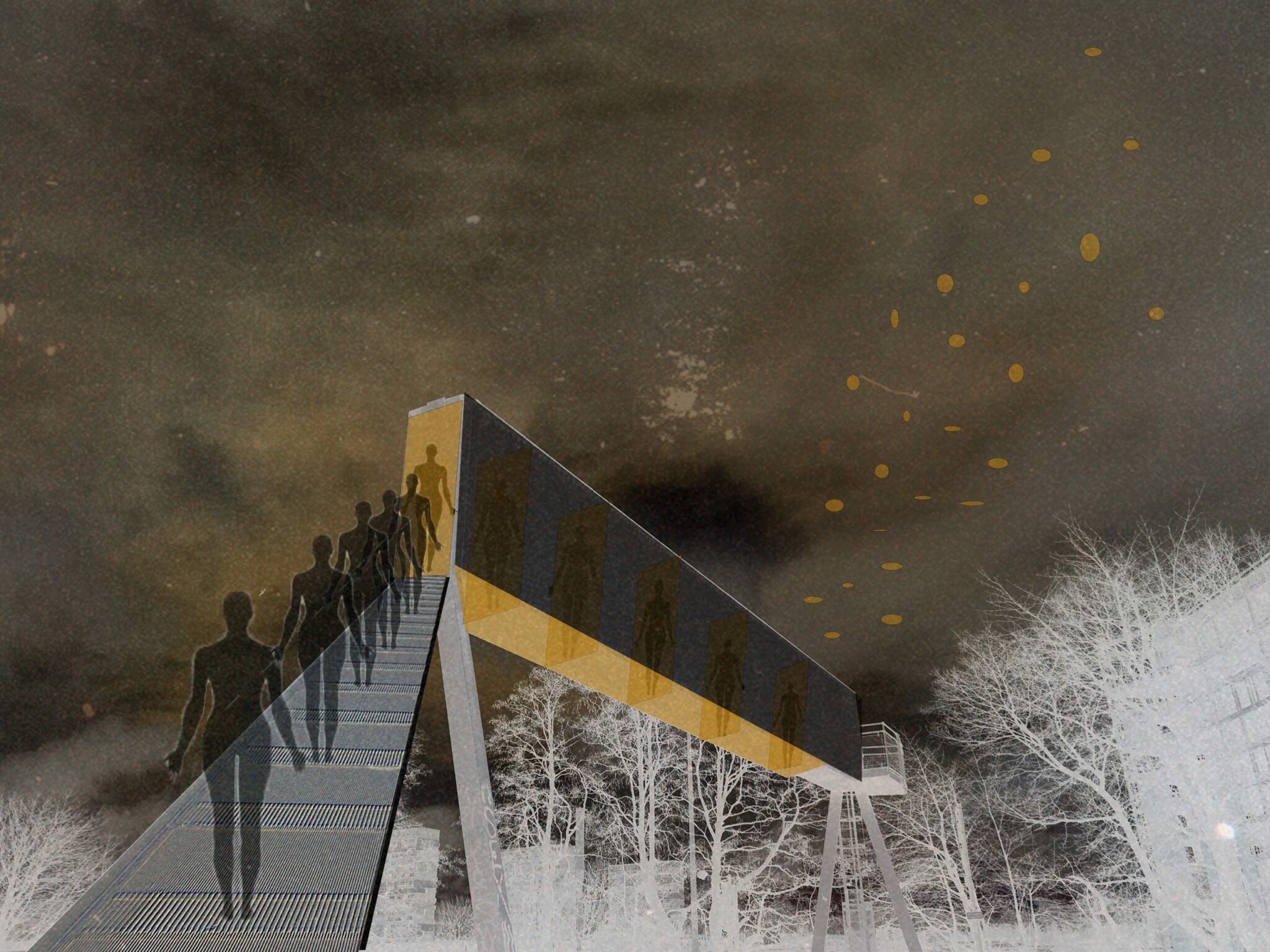 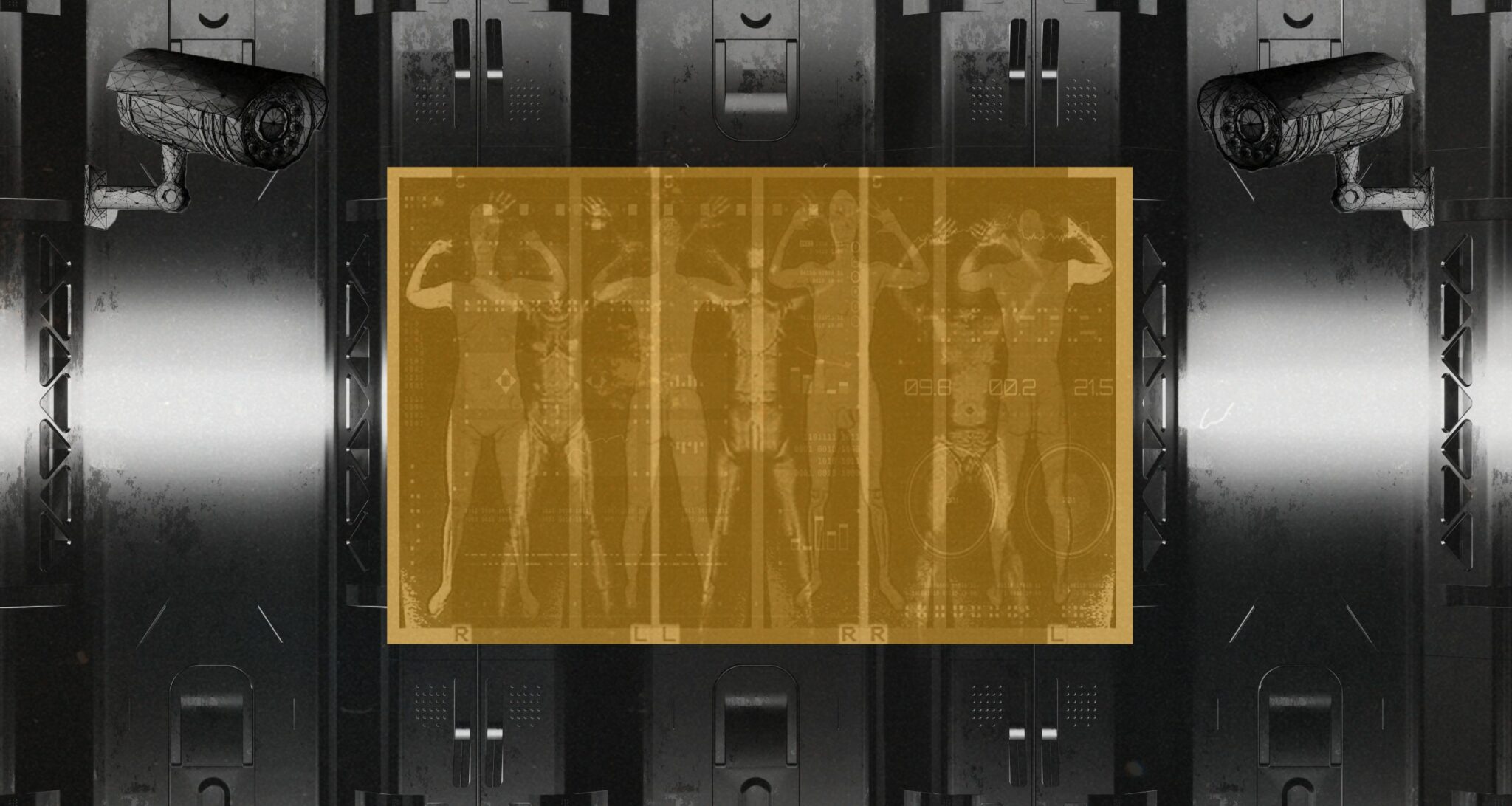 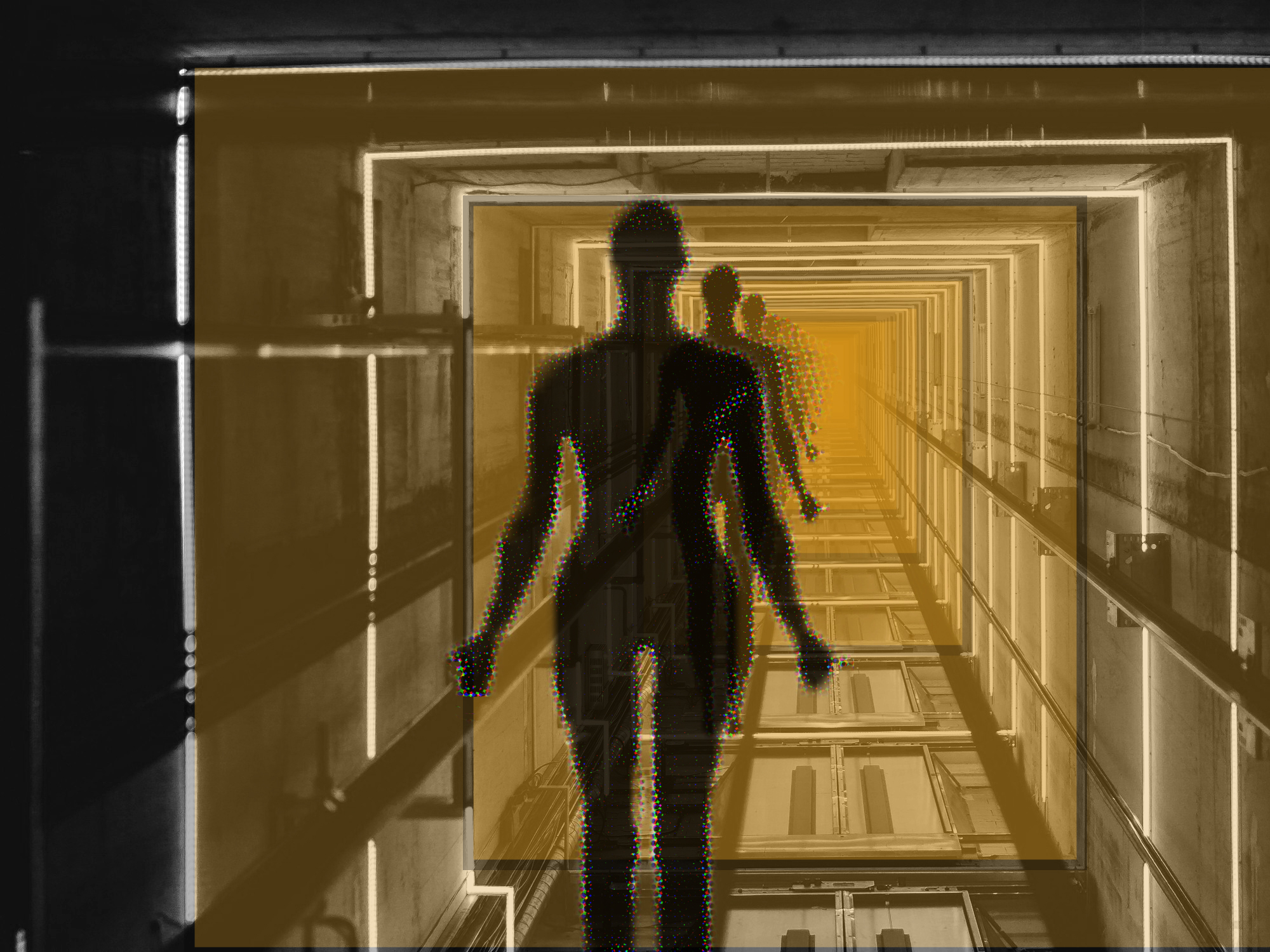 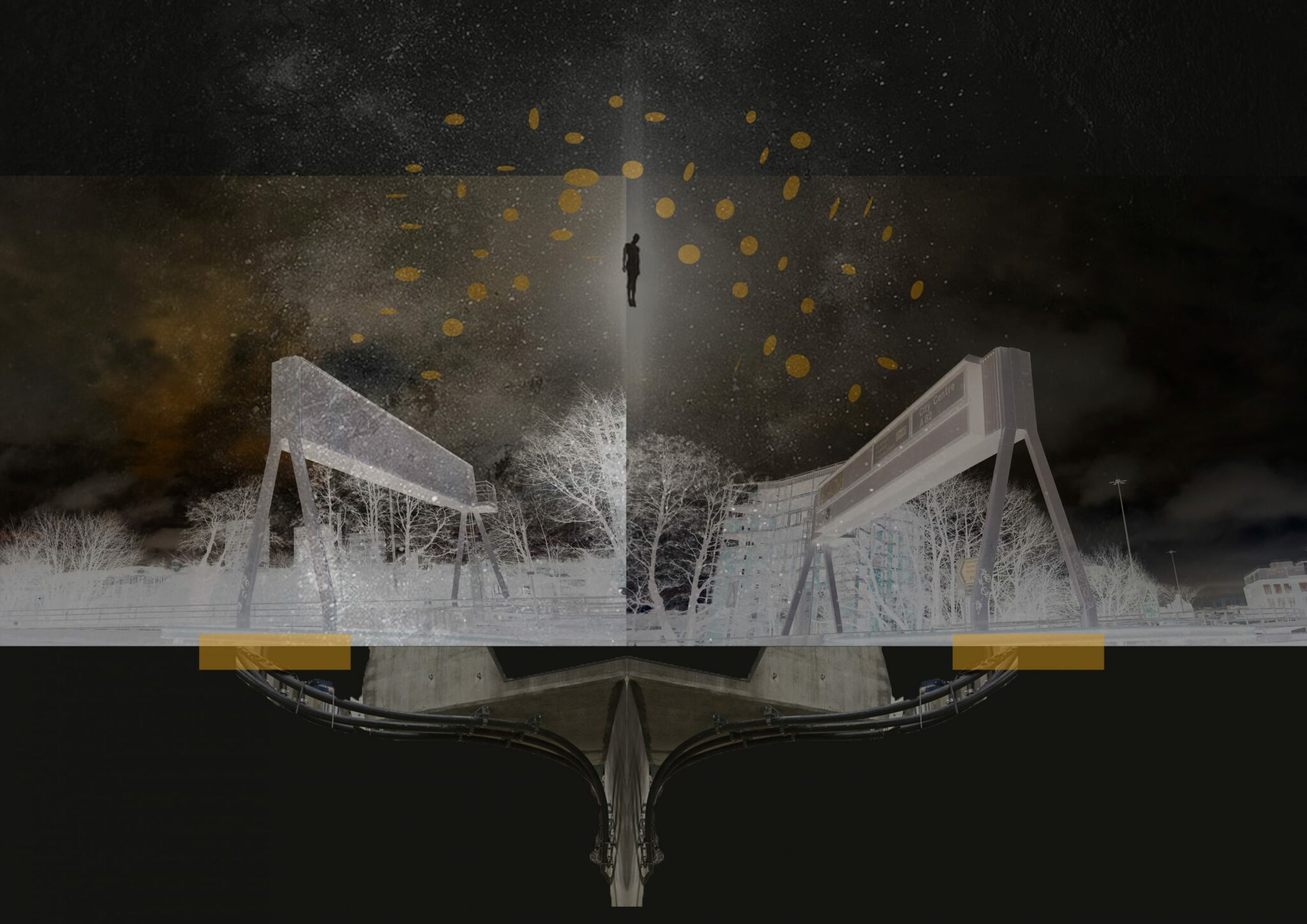 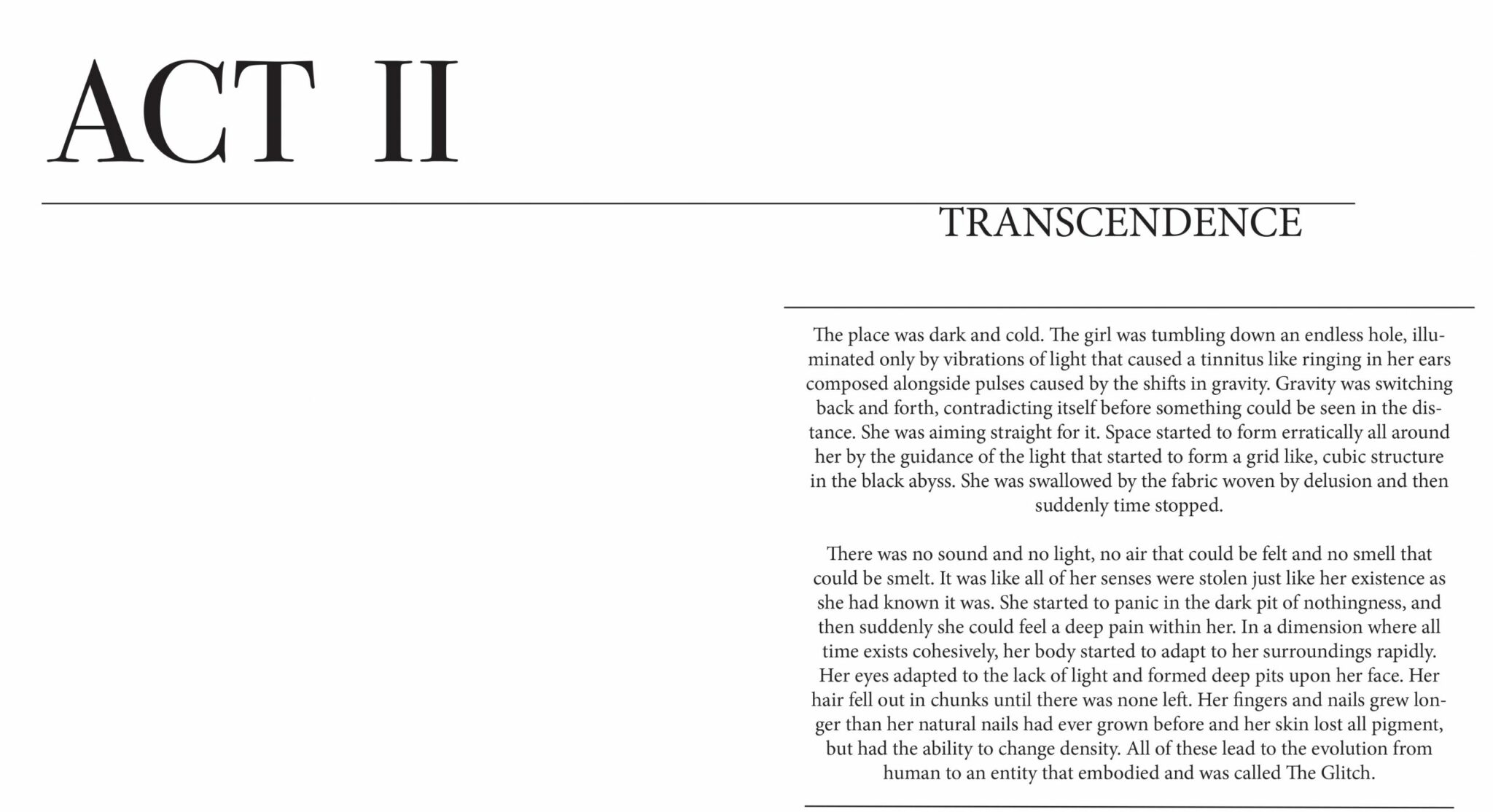 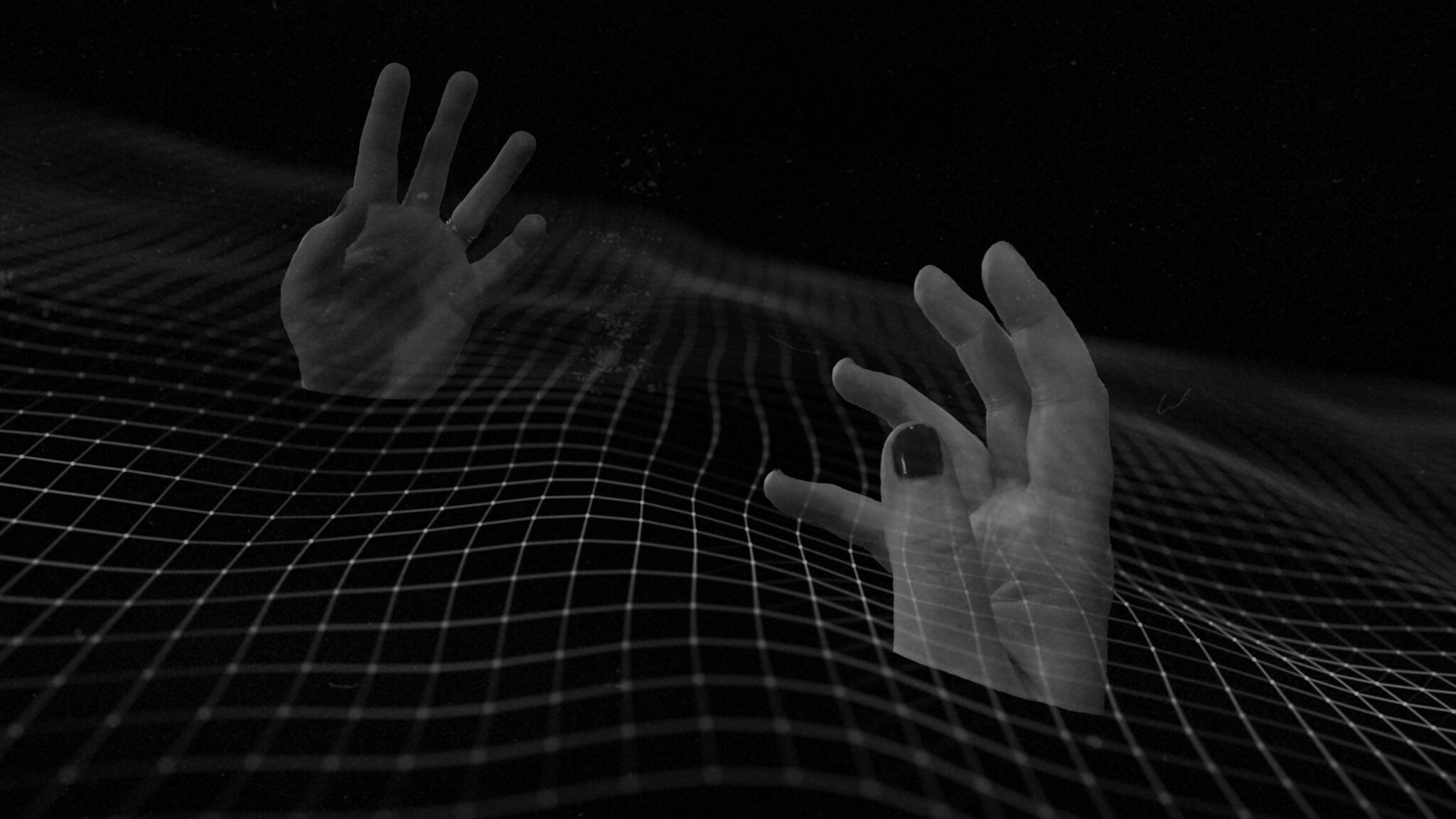 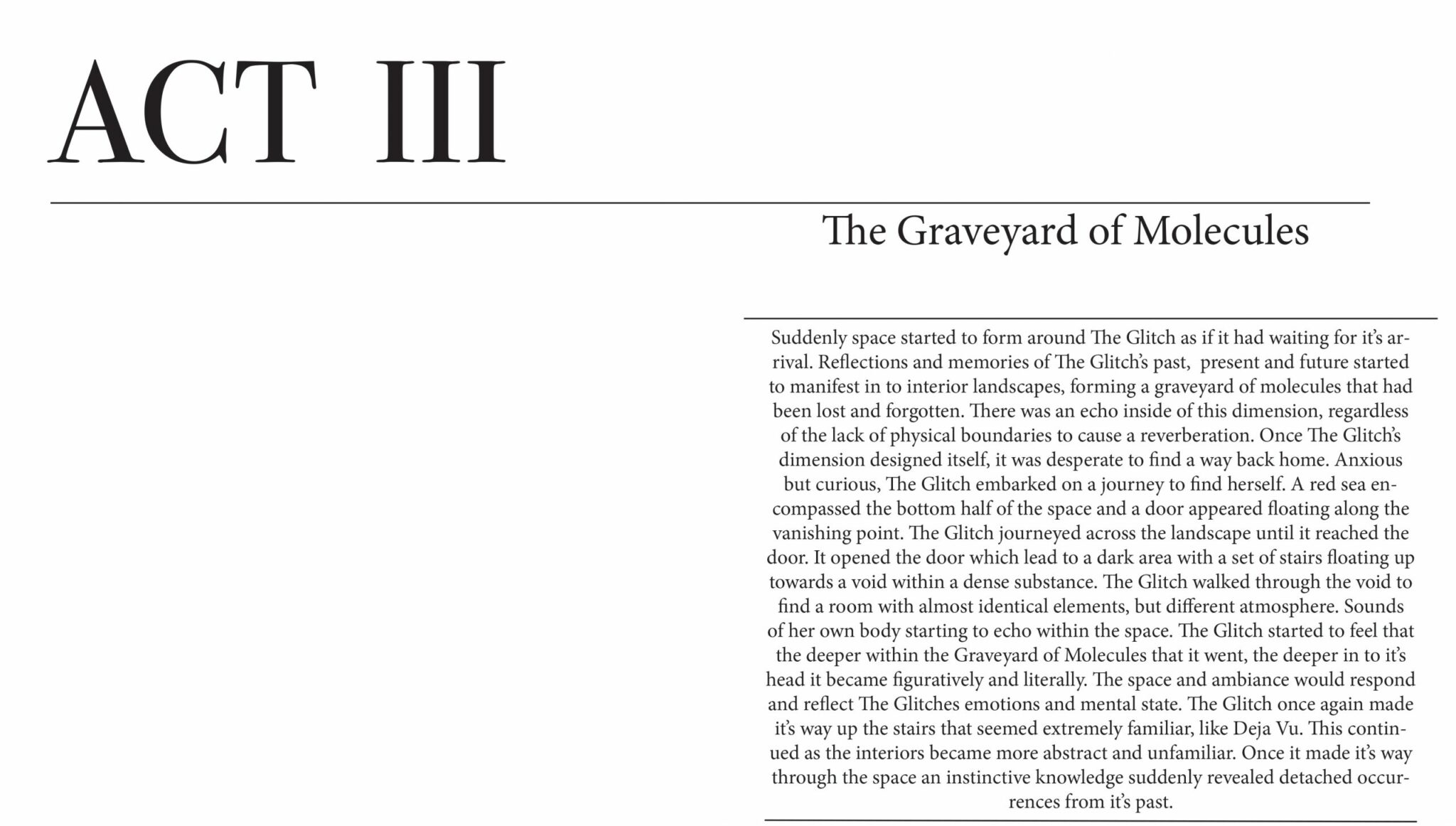 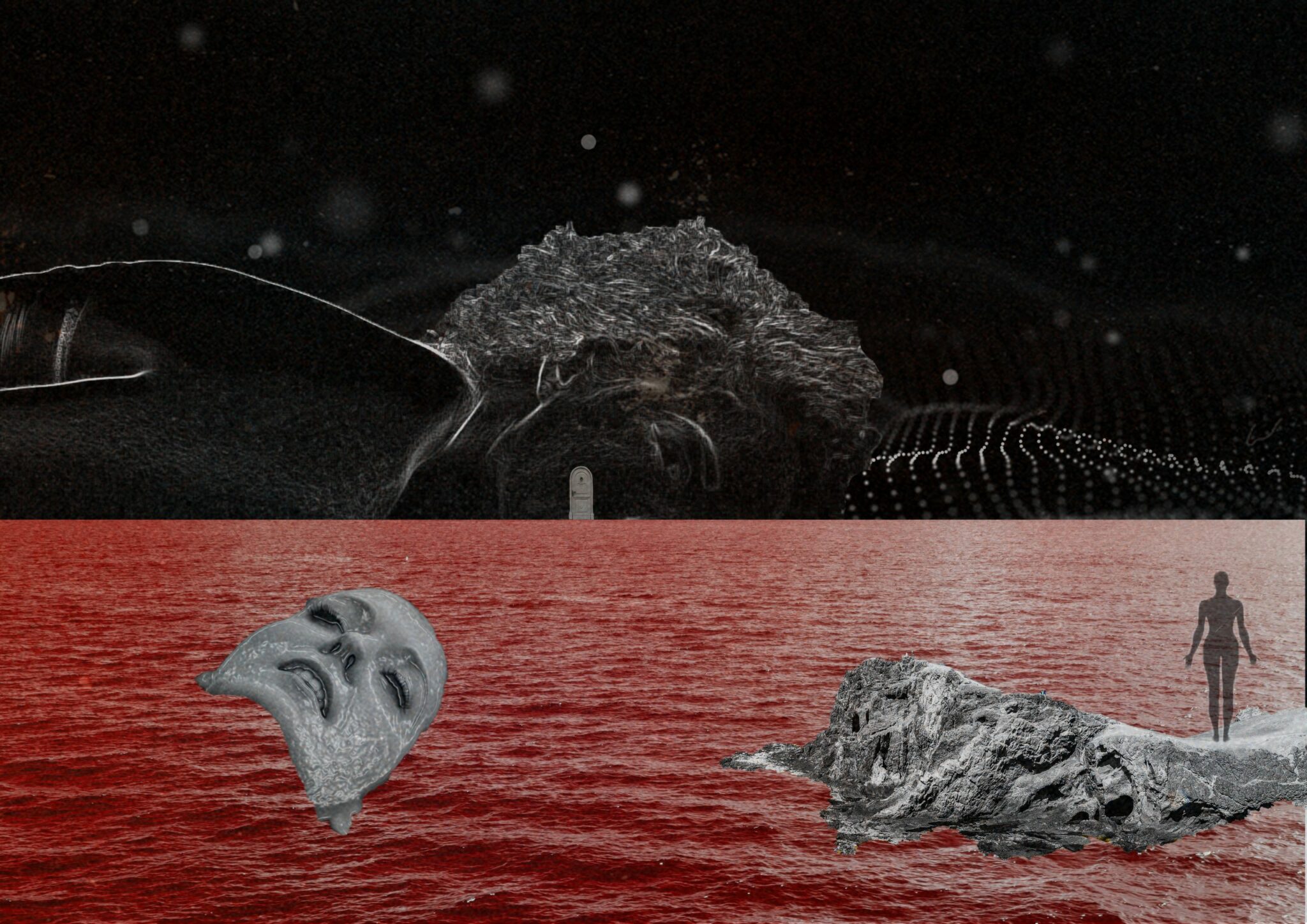 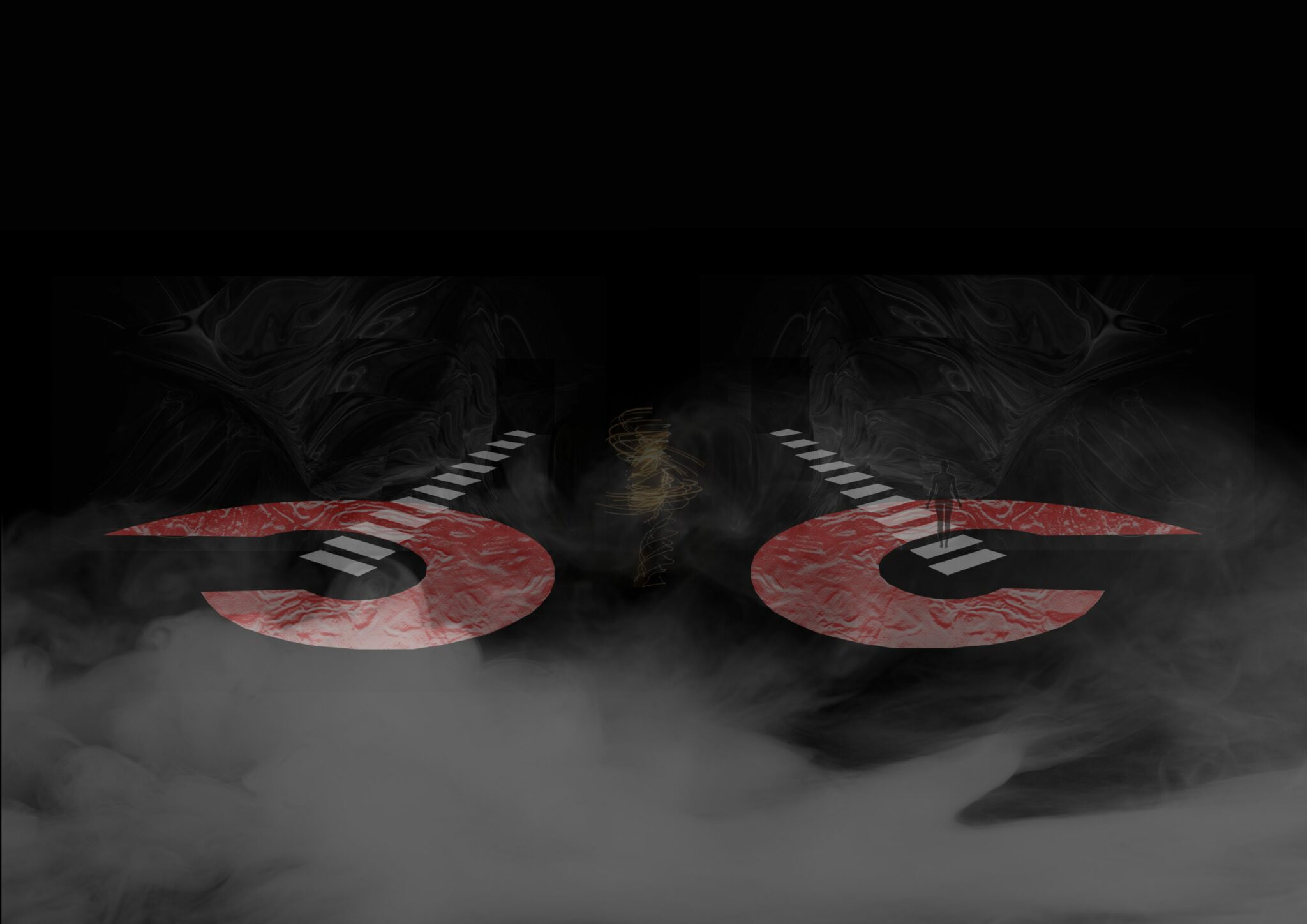 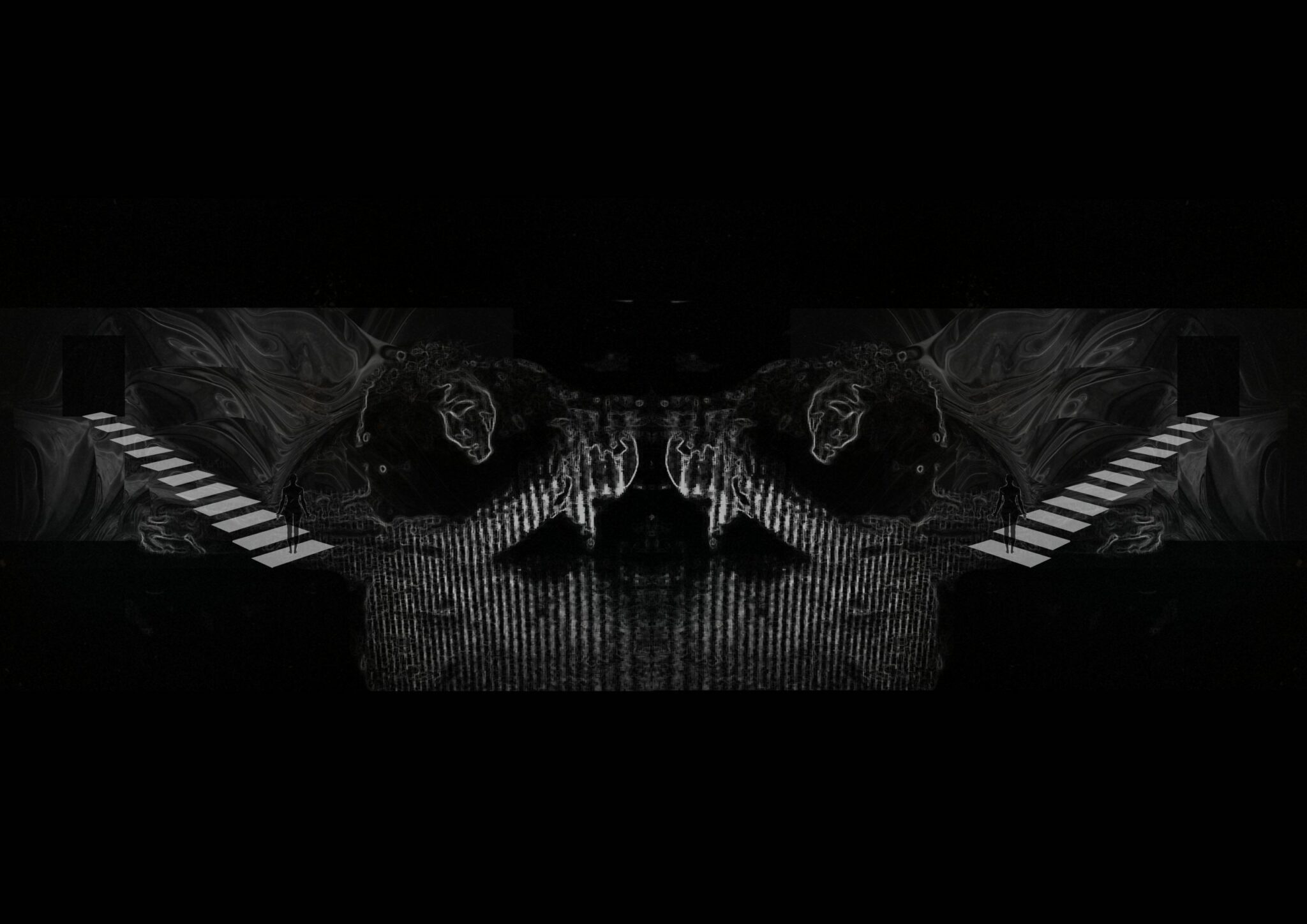 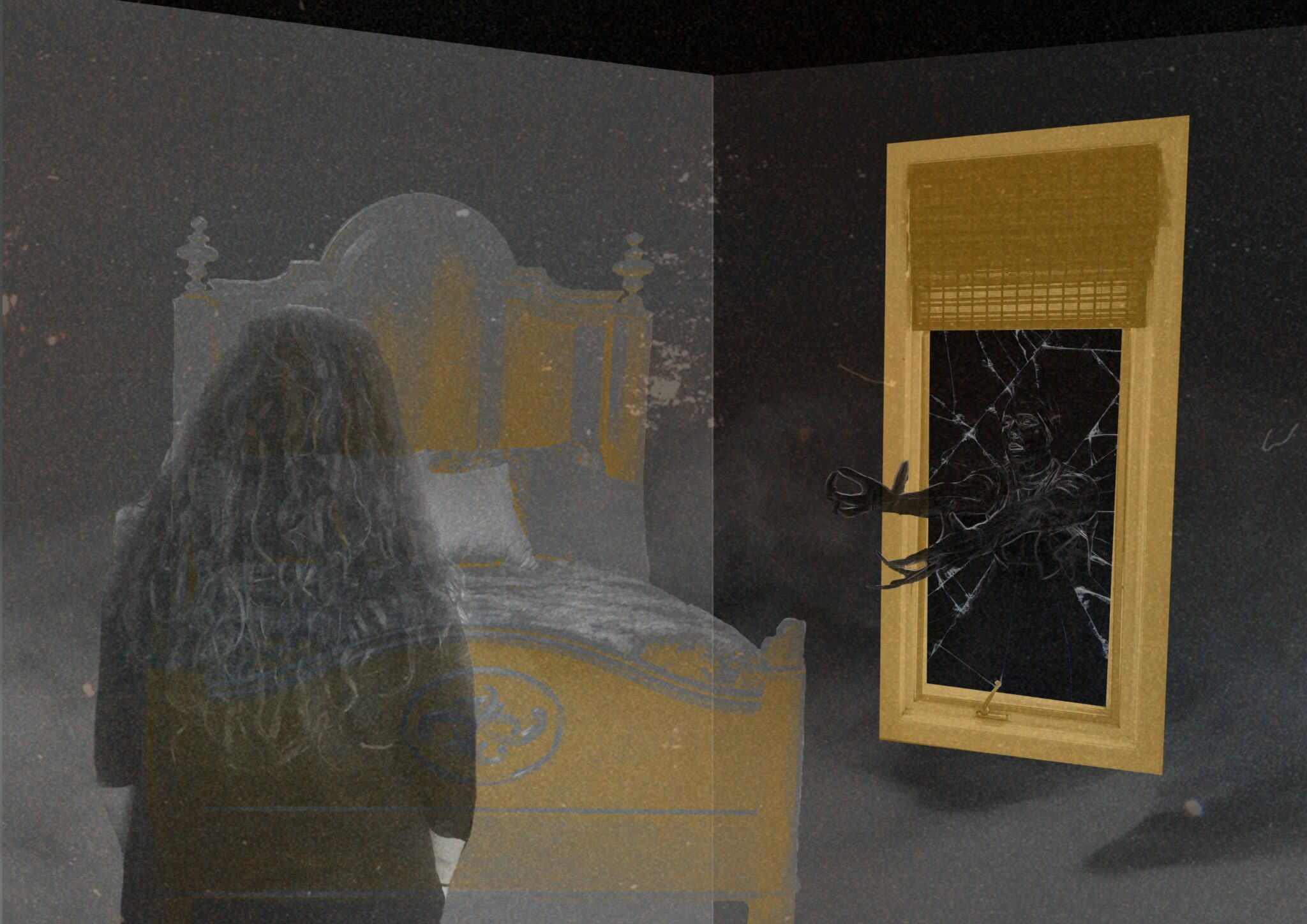