I came to the course from a mechanical engineering background since I wanted to make a difference to people’s lives and could not see much potential for that in my previous field. I enjoyed the course and being able to learn new design skills with classmates from all sorts of walks of life.

Learning a new instrument can be difficult in the early stages when a student needs more feedback to keep them right. For this reason, I started working on a project which would later become the FretFriend.

The instrument used in developing the product was a four-stringed ukulele, but simple modifications can be made to the design to make it suitable for instruments with more strings, such as an acoustic guitar. Other considerations have been made for left-handed users as a change in orientation may be required for the device meaning that the inputs from the user would need to be inverted. 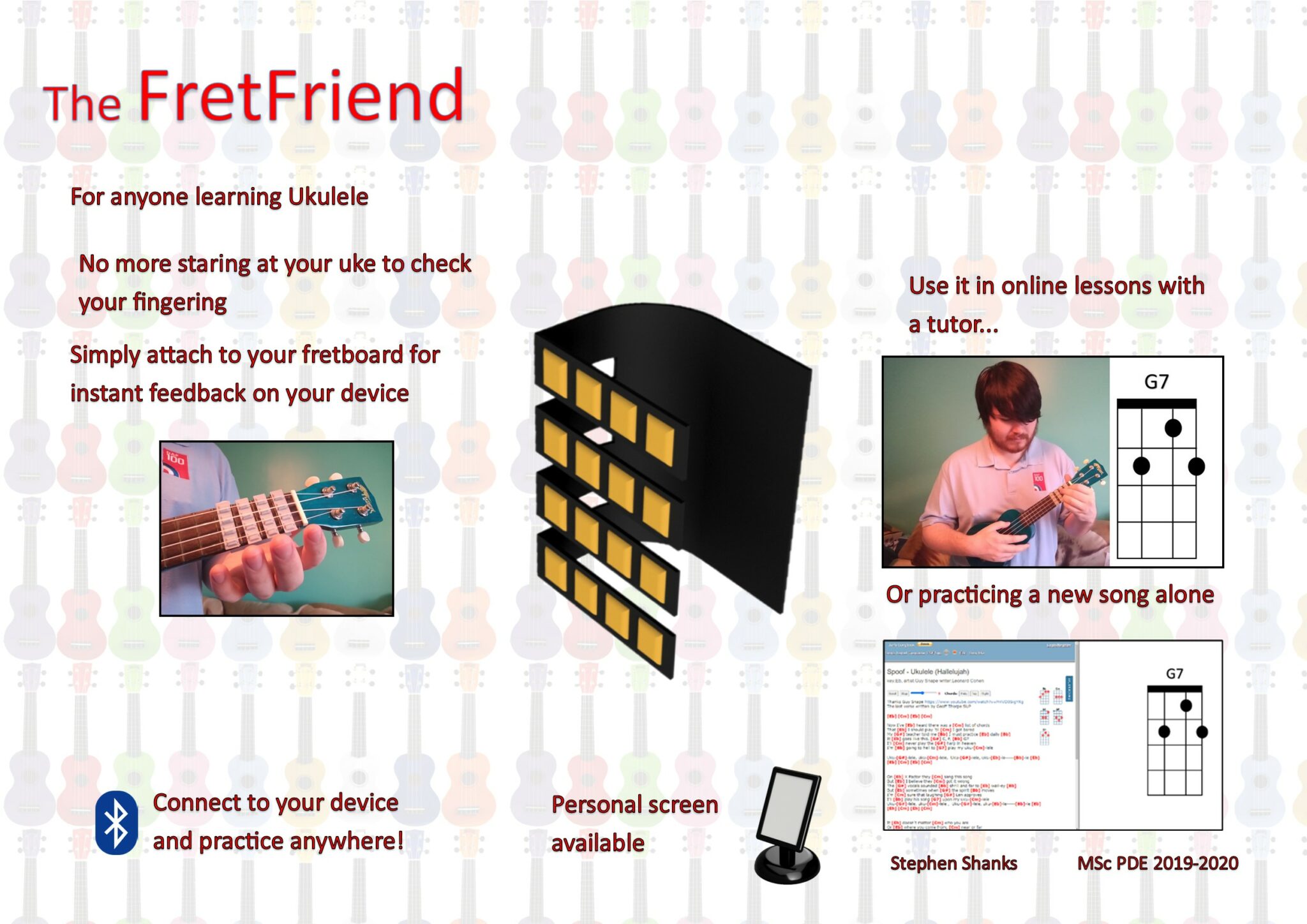 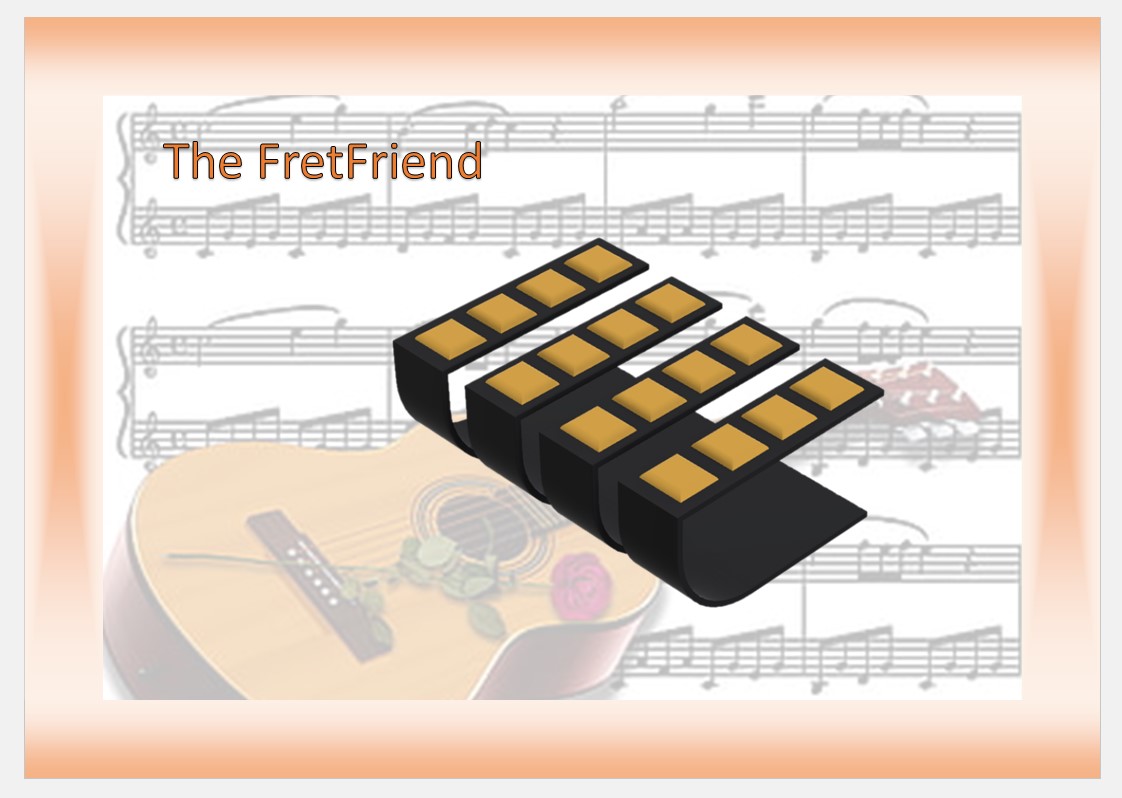