We are living in a post-modern world. Our life is becoming more and more abstraction. Along with the pandemic, people began to appreciate the Illusion of abstraction over the internet. People immersed in the Illusion of space created by “cyberpunk space”, but ignored the importance of human being in the real world. In this project, I will focus on how the Illusion be created in our surrounding context.

The Déjàvu phenomenon was considered a mental illness a few years ago. However, in modern society, it means “have seen”, “seem to have seen” or “already seen”. This phenomenon is quite as same as what cyberspace created to people. As long as I considered, cyberspace is an online Déjà vu or Déjà vu is a condition of cyberspace. Therefore, I will use Déjàvu phenomenon in my project. Through the work, I want to observe how people’s emotion will change and how their memories change the surrounding atmosphere when they are in a strange context, but the scene they have already seen.

According to Carl Gustav Jung’s research, Carl Gustav Jung divided the personality structure into three parts, consciousness, the personal unconscious and collective unconscious. if utilize the theory of Carl Gustav Jung to explain Déjàvu. Personal unconscious including all forgotten memory, perception and repressed experience, and personal unconscious content tend to be emotional color, such as complex, right complex, but the subconscious presentation is often through painting, sculpture and other artistic ways to explain. However, if take this kind of subconscious into spatial theory, or put it in a space. It is quite same as Gilles Deleuze’s concept in spatial philosophy. In Gilles Deleuze’s literary works “Anti – Oedipus” and “A thousand plateaus” Gilles Deleuze mentioned the stripe space have much similar with the concept of smooth space. If we utilize spatial theory to explain the smooth space, it can be described idealistic, art and free space, stripe space can be described as political, constraint and rule. This kind of space can transform each other in a special condition. As a result, the human subconscious space can reflect personal ideal in the real world. However, the development of the world will be influenced by political, economic, cultural factors, so how to to create a personal world in cyberspace or simulate the real world is the aim of this project. In the film called “Matrix”, a hacker can shuttle in the real world and cyberspace and convert themselves into digital information, which can know what will happen and what has happened. And they can change some significant things in the cyberspace and in some way they can give some advice to the real world.

So for this work, I make a hypothesis. In 2054, with the development of virtual reality technology, people can connect their subconscious and consciousness through random glitch (Deja Vu) in cyberspace. People can know what will happen in the last 6 seconds in the real world—followed by the CCPCJ. The world average crime rate will be around 50 in 2021. However, that number is falling every year. Every country wants to keep its crime rate to a minimum in the future and to stop accidents before it happens. And the security can make a solution before the disaster happens in the Personal Matrix. However, when humans know what will happen in the future. What is the significance of the personal matrix for human beings? While humans can respond to the future in advance, the future will still happen, so what does all this mean for humans?

In conclusion, the outcomes and design process is a rethink of post-cyberspace and how to connect the memory and emotion of the participants into the space. Meanwhile, it is also a practice of Gilles Deleuze philosophy in interior design and architectural design. 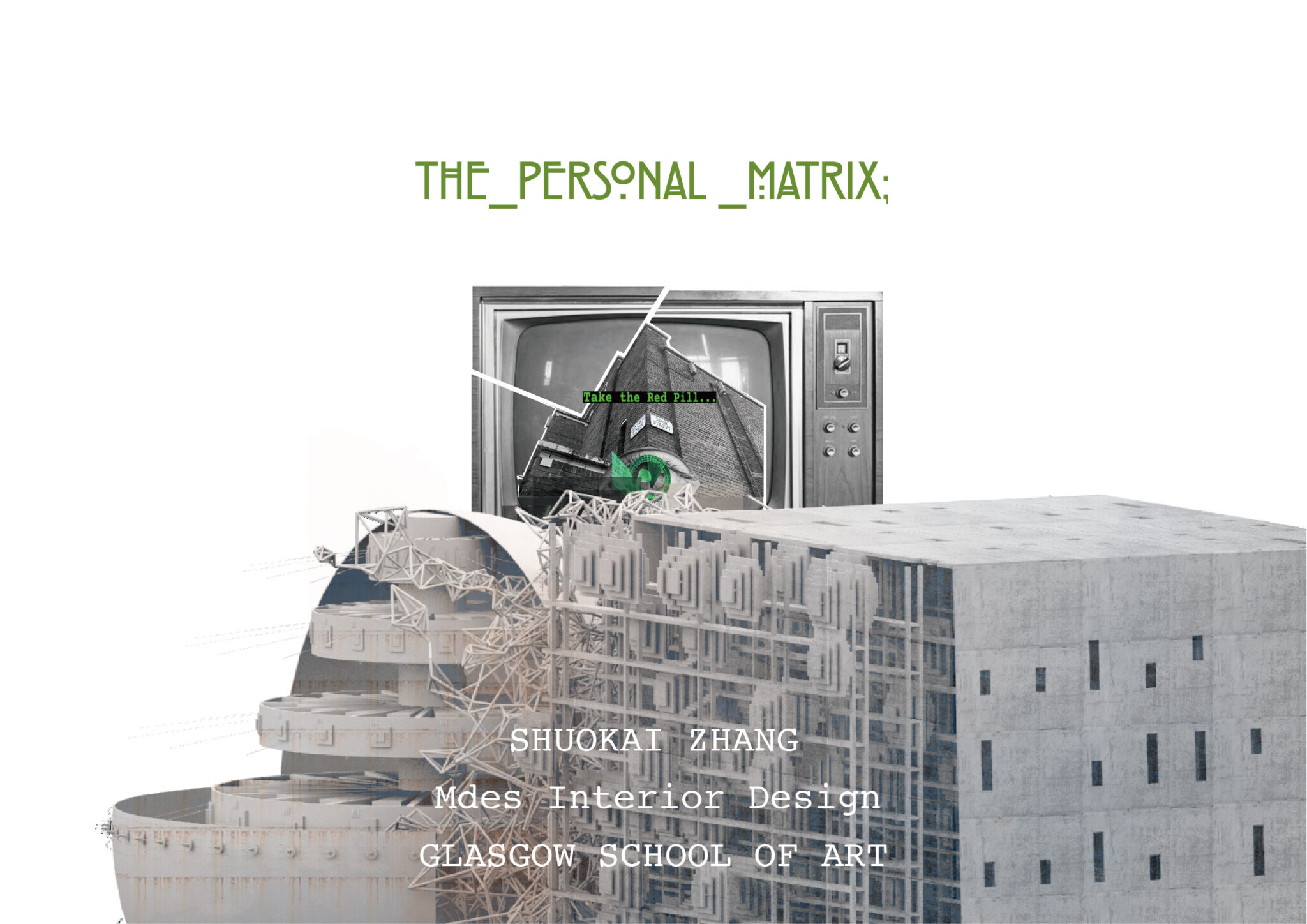 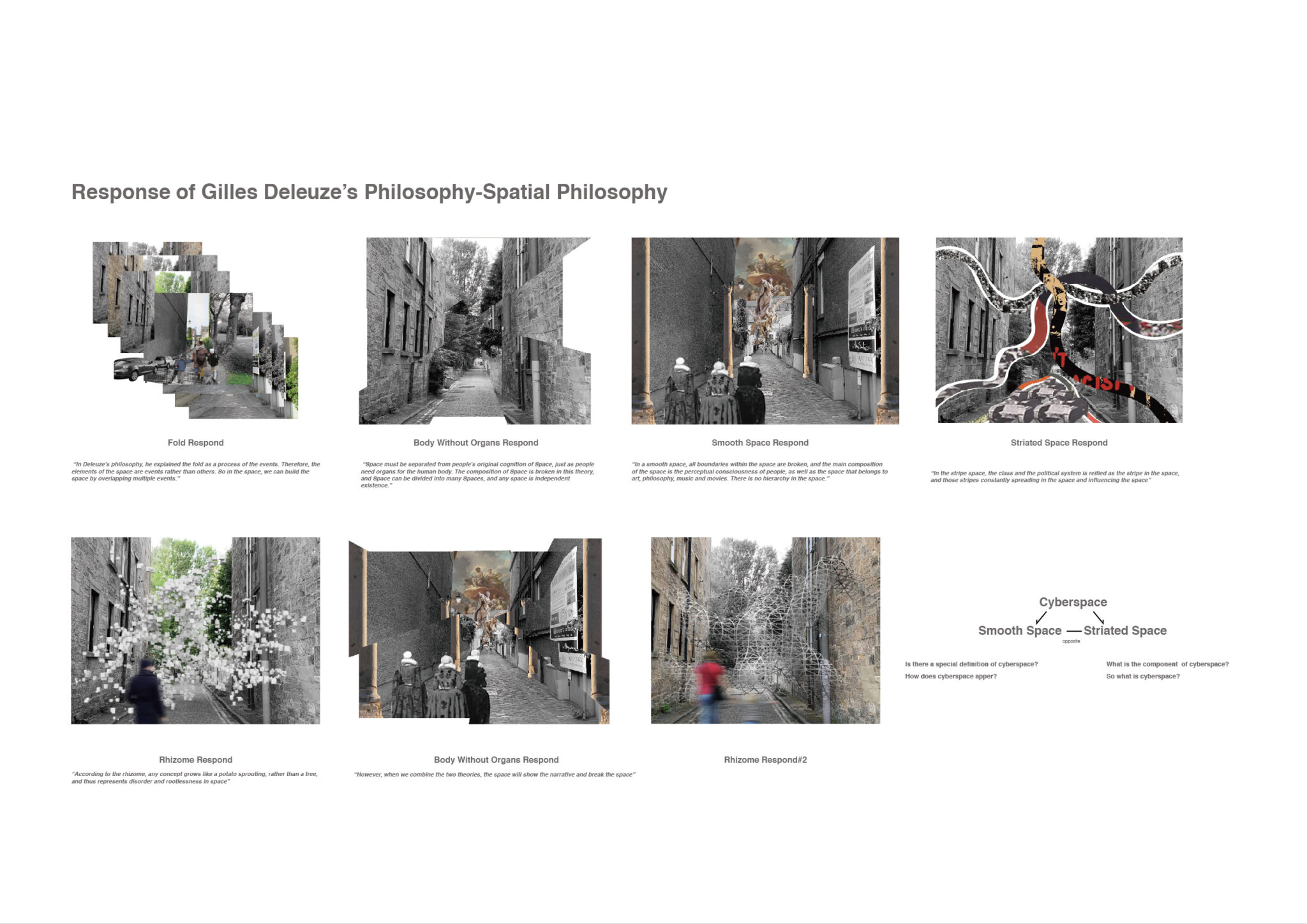 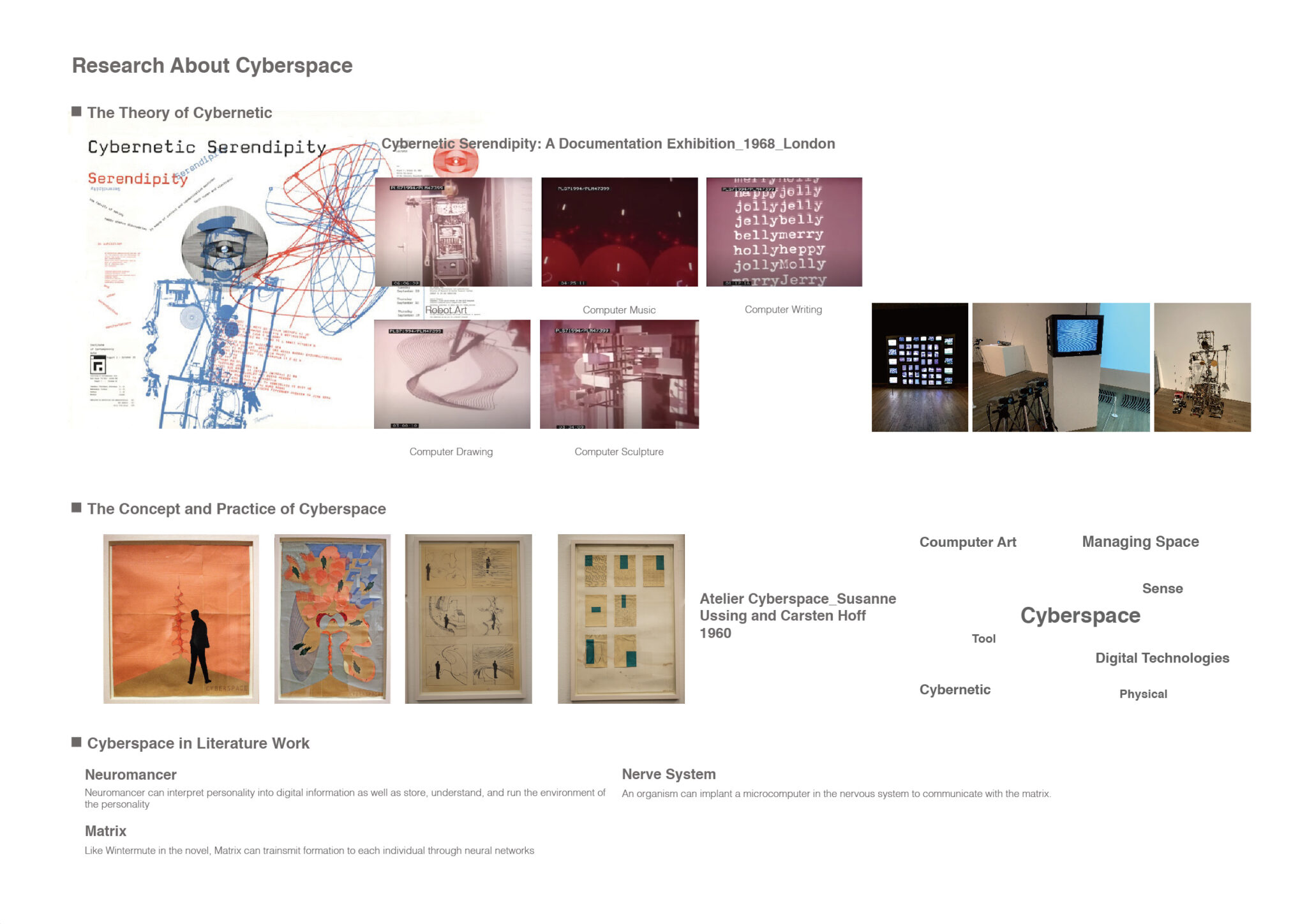 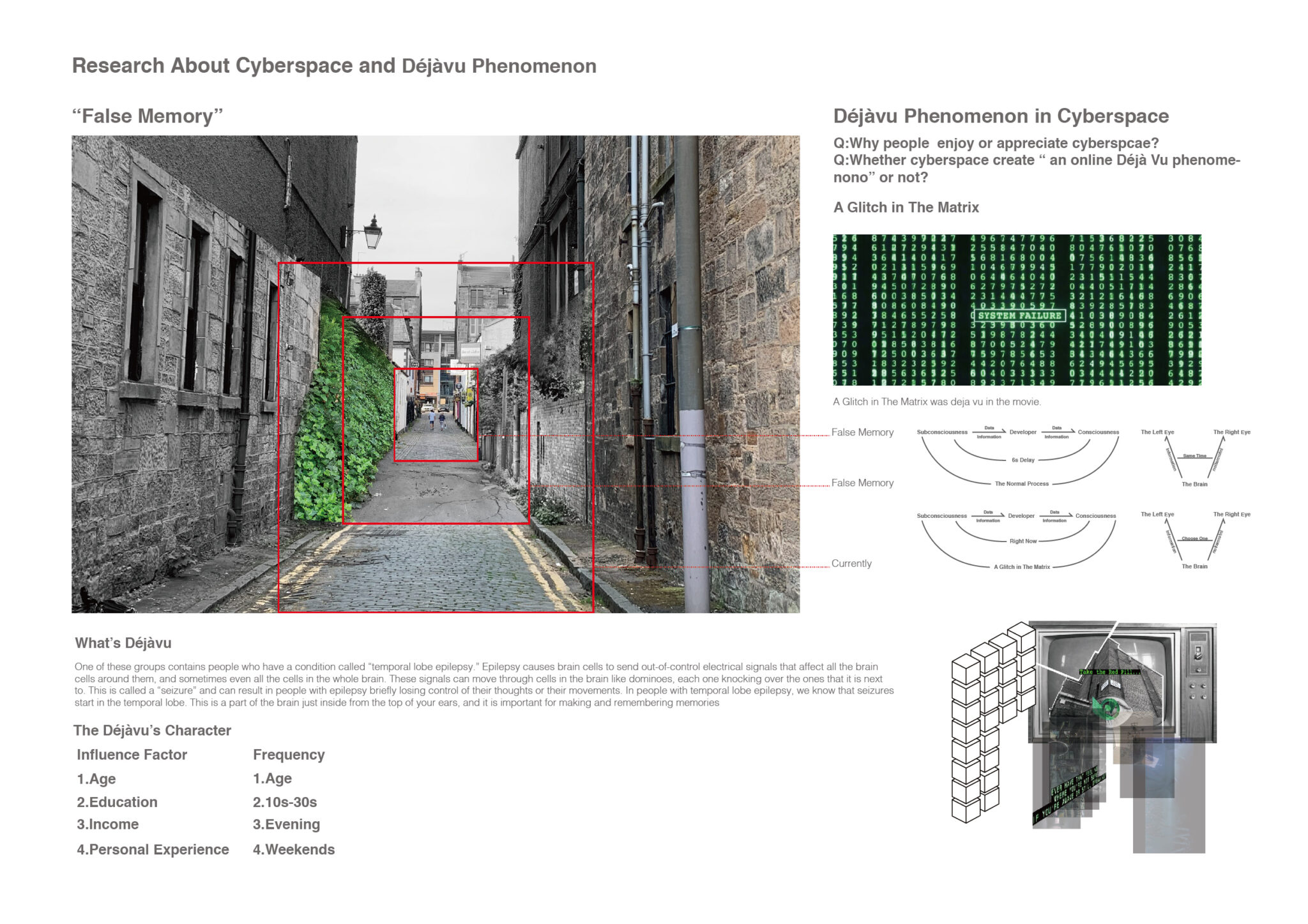 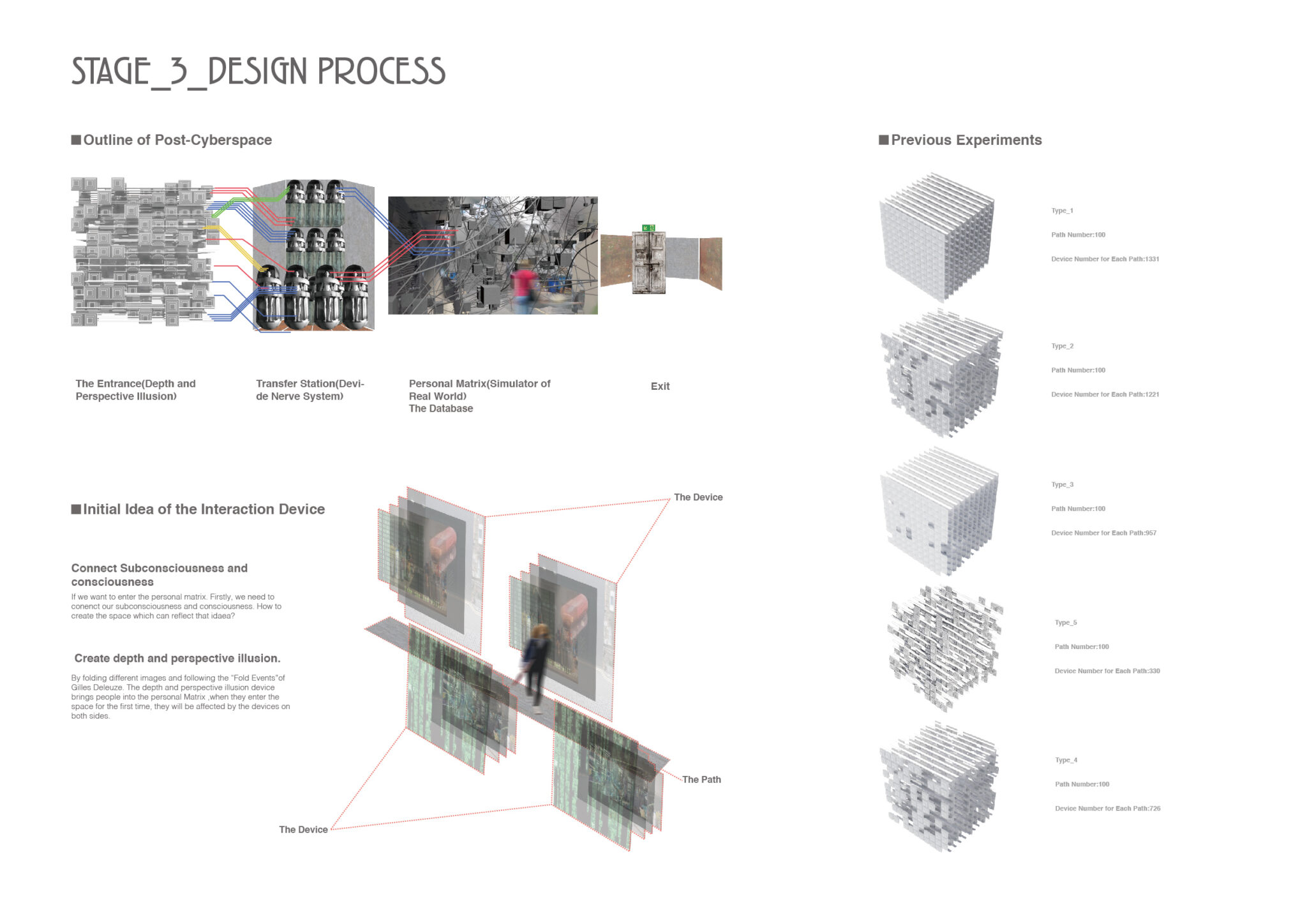 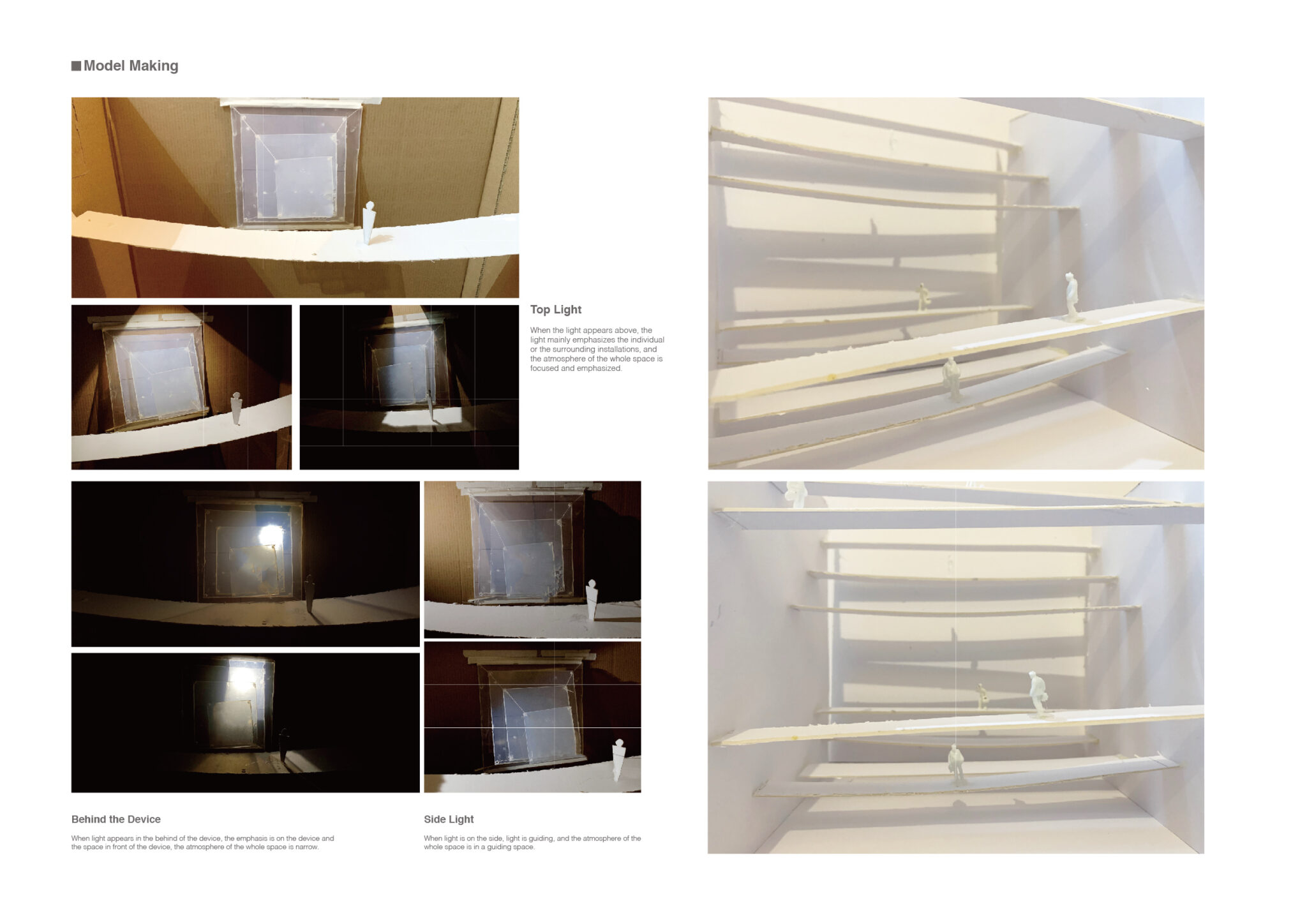 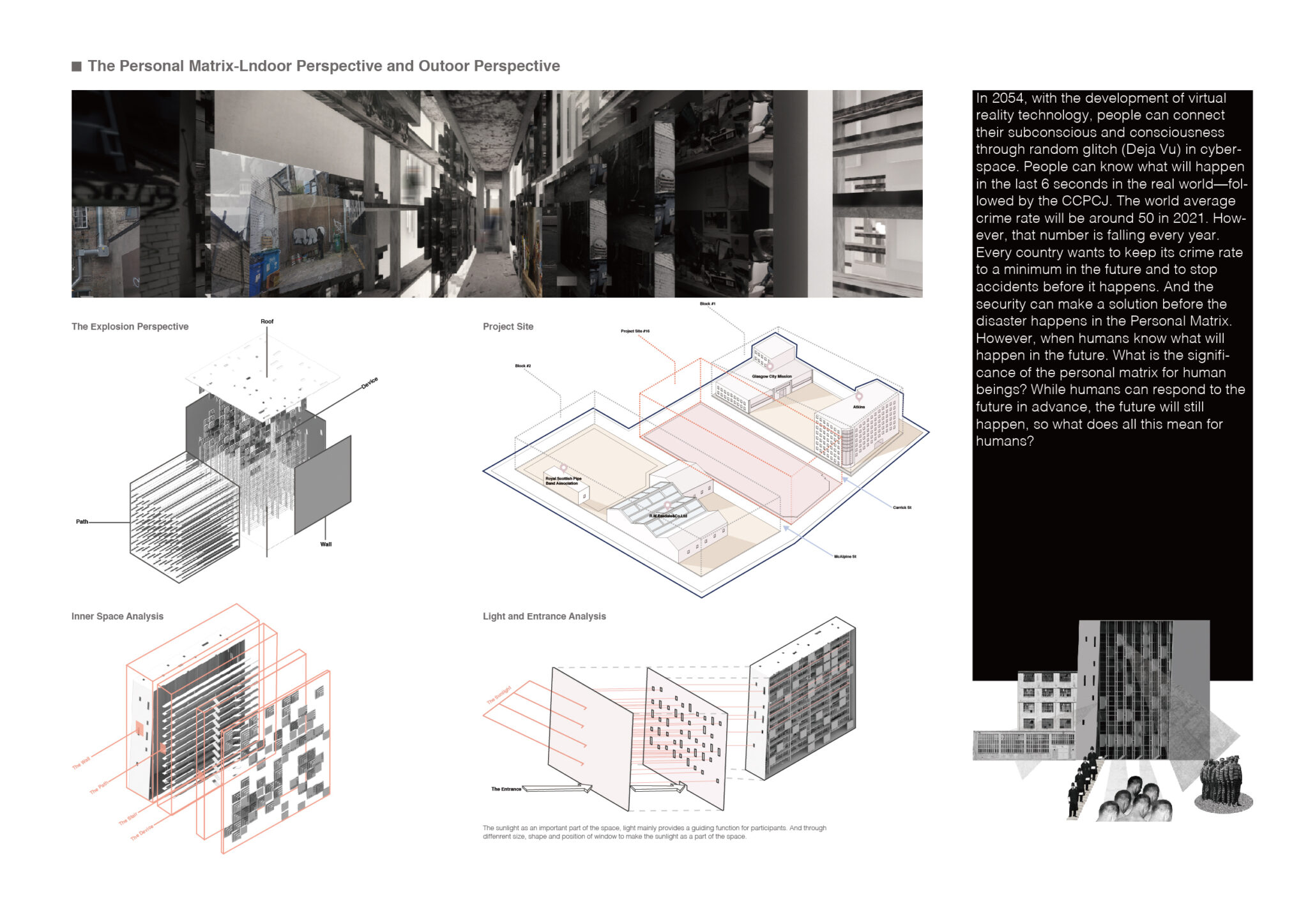 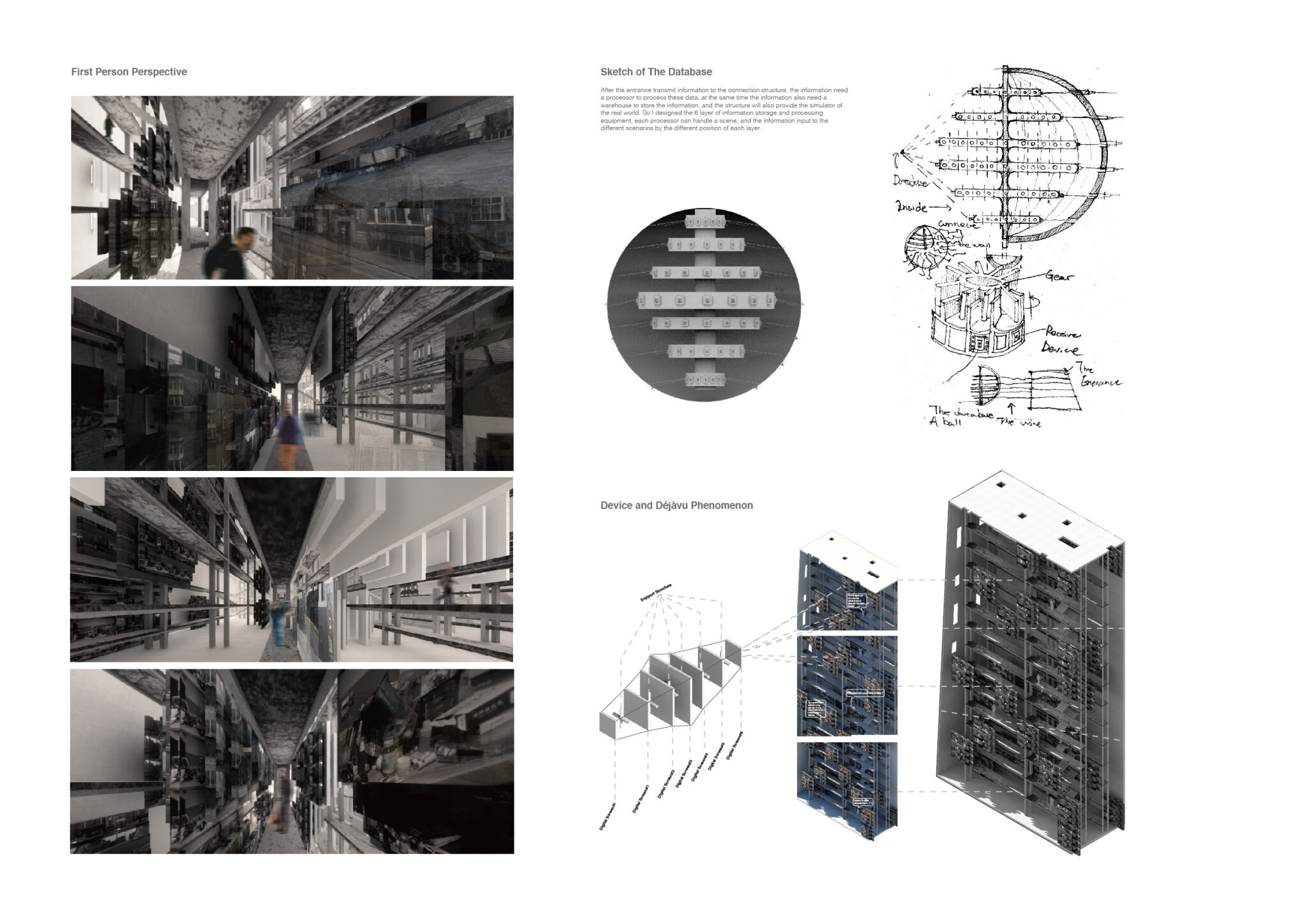 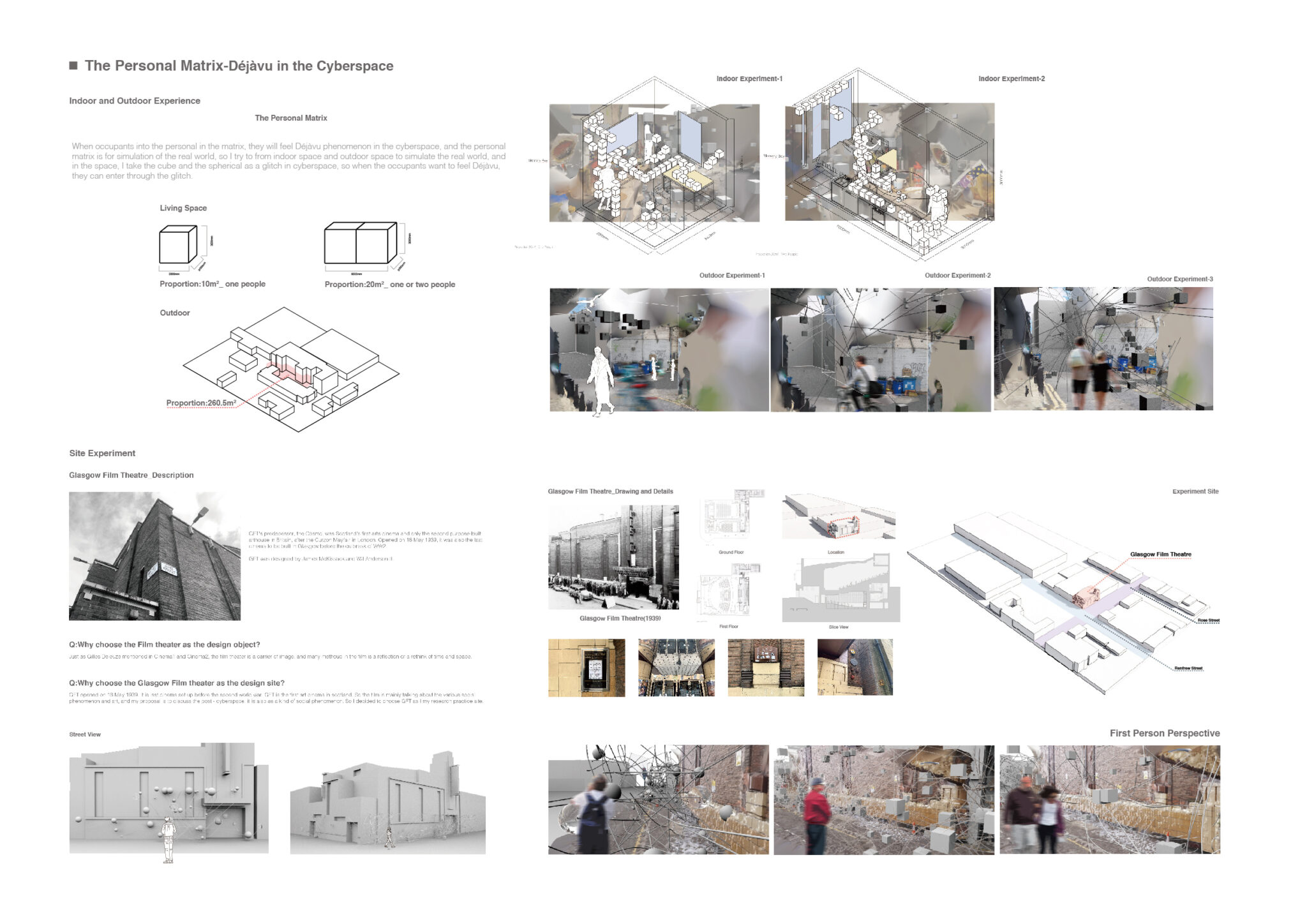 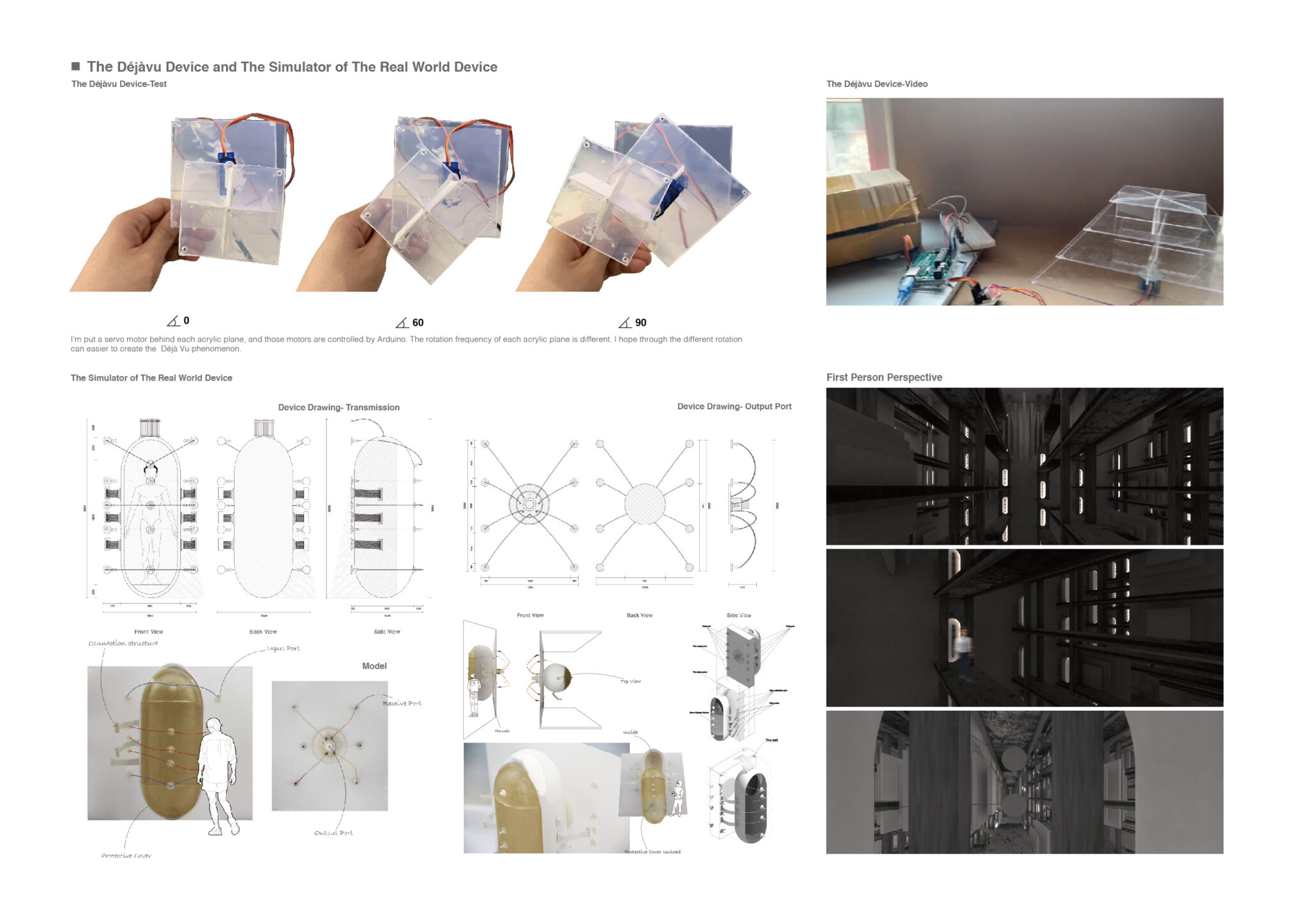 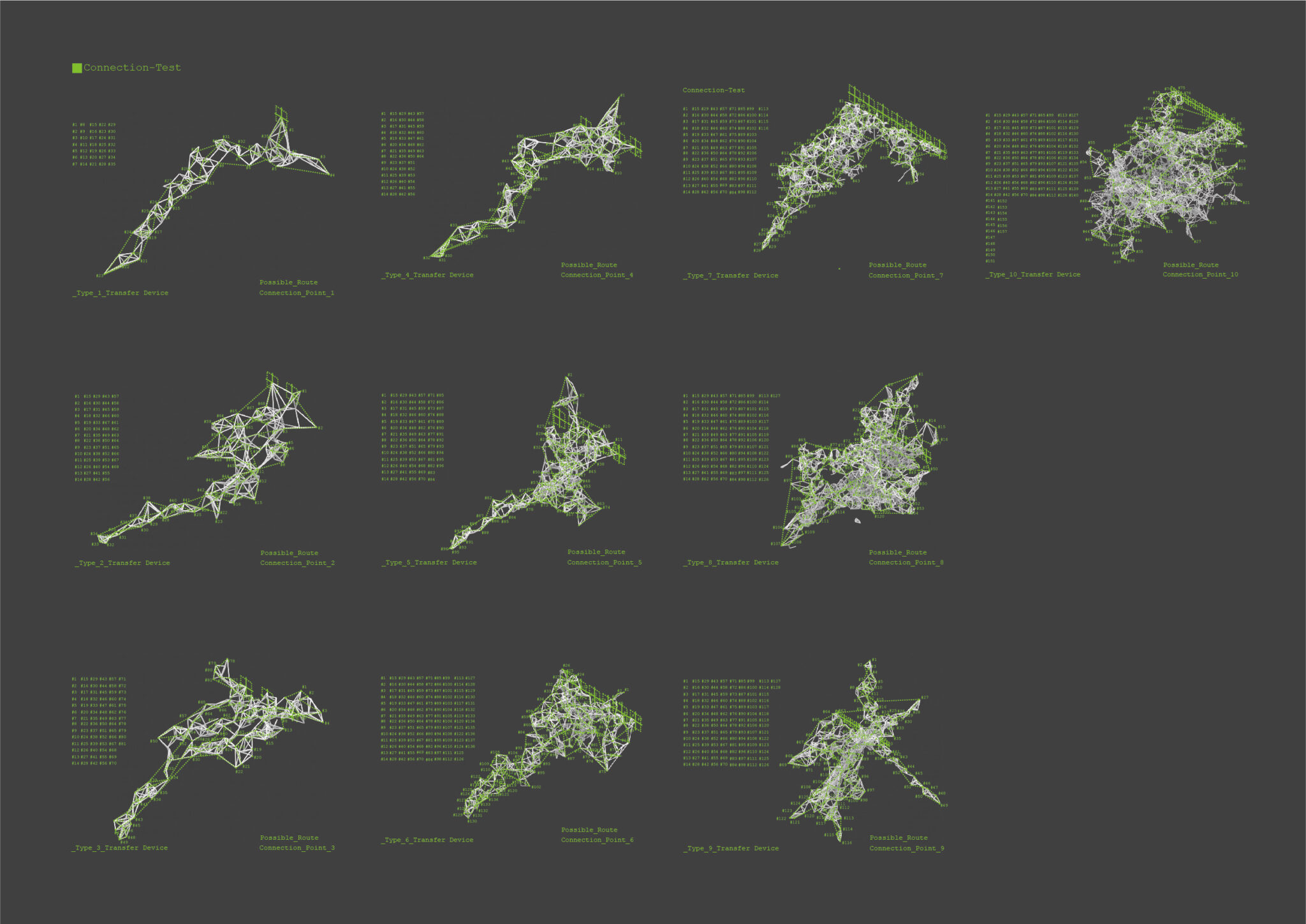 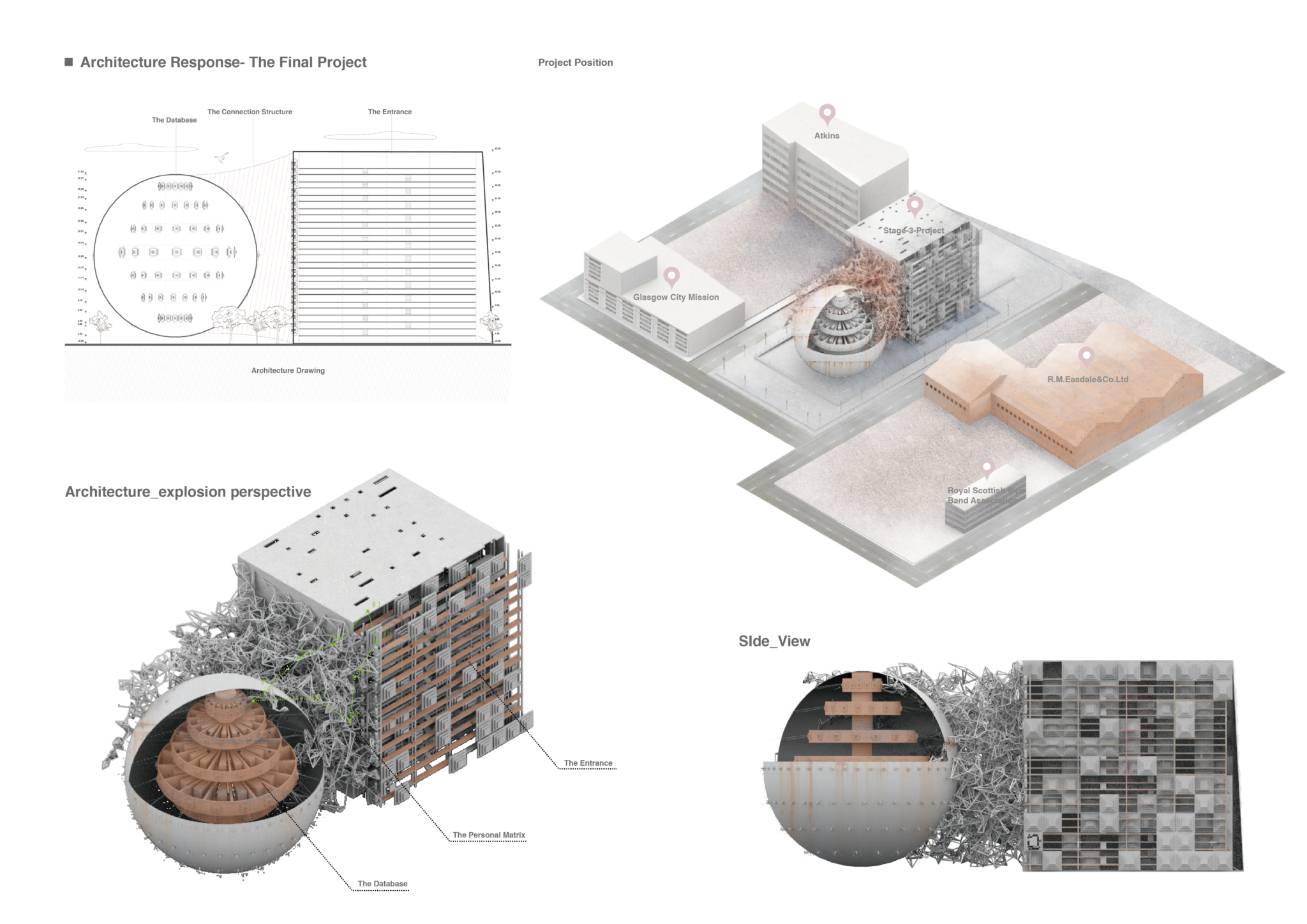