MDes in Fashion and Textiles

The designer graduated from Master of fashion and textile in Glasgow school of art. With the main direction of silhouette design, her design is focusing on the relationship between human body and clothings and balancing traditional tailoring elements with dramatic design ideas to achieve the purpose of both wearable and conceptual design.

The name of the project is “Body in desire”, which came from the story of lustful people transformed into monsters in the anime “Devilman Crybaby”. Therefore, the designer used the change of human bodies in desire to combine with the elements from traditional tailoring jackets to present the influence from desire to human bodies by the hyperbole and abnormal silhouettes of the design work.

The designer thinks that everyone is equal in front of desire, there is no difference of gender, age, nationality and body shape, thus, she wanted to do gender less design with not only oversized clothings, but the garments structure that independent from human body, so the visual effect won’t be influenced by human body shapes. Therefore, all the datas came from different body shapes with various sized, height and genders, so the prototypes were also tried on various bodies to achieve the most balanced result. 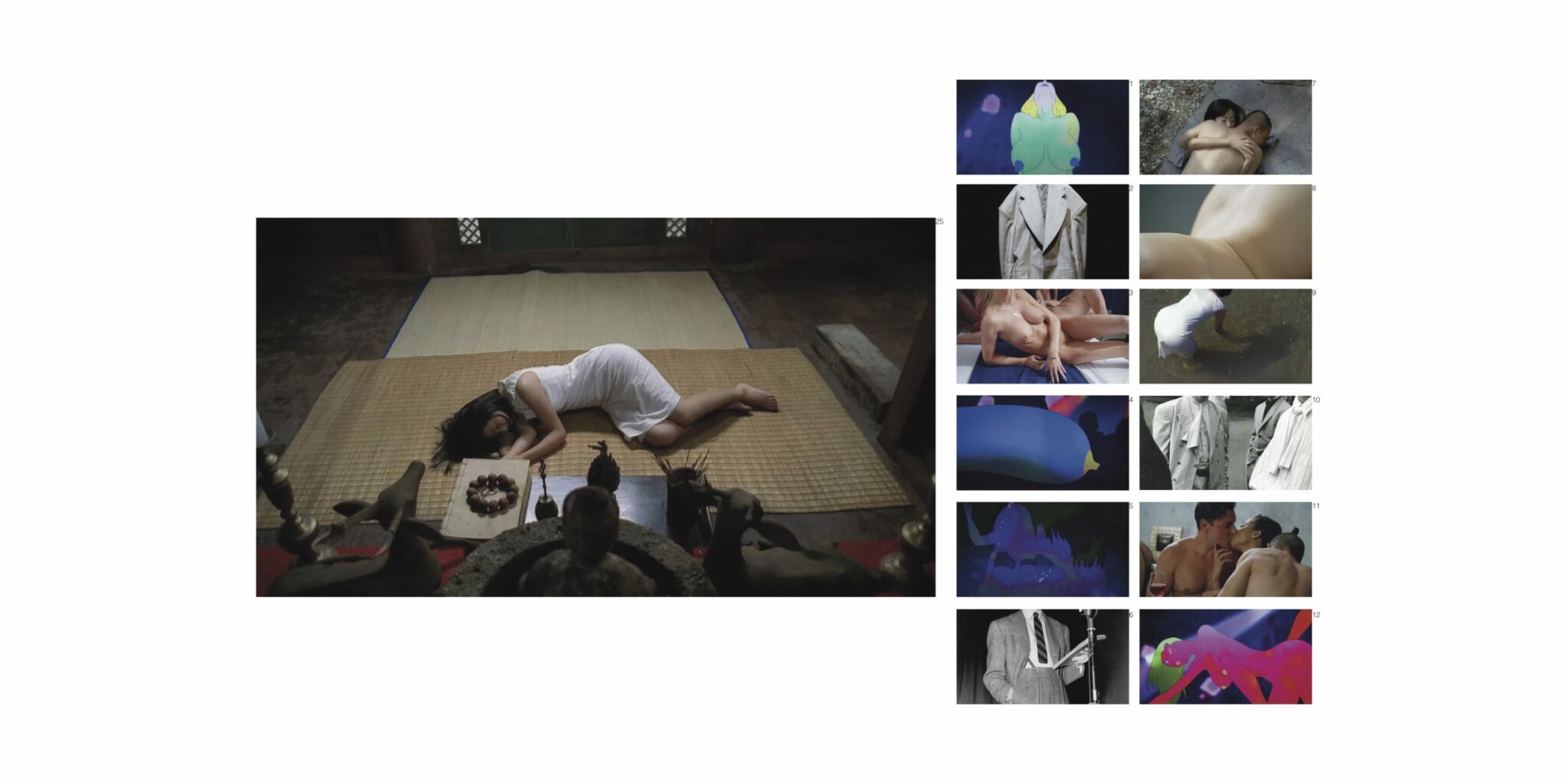 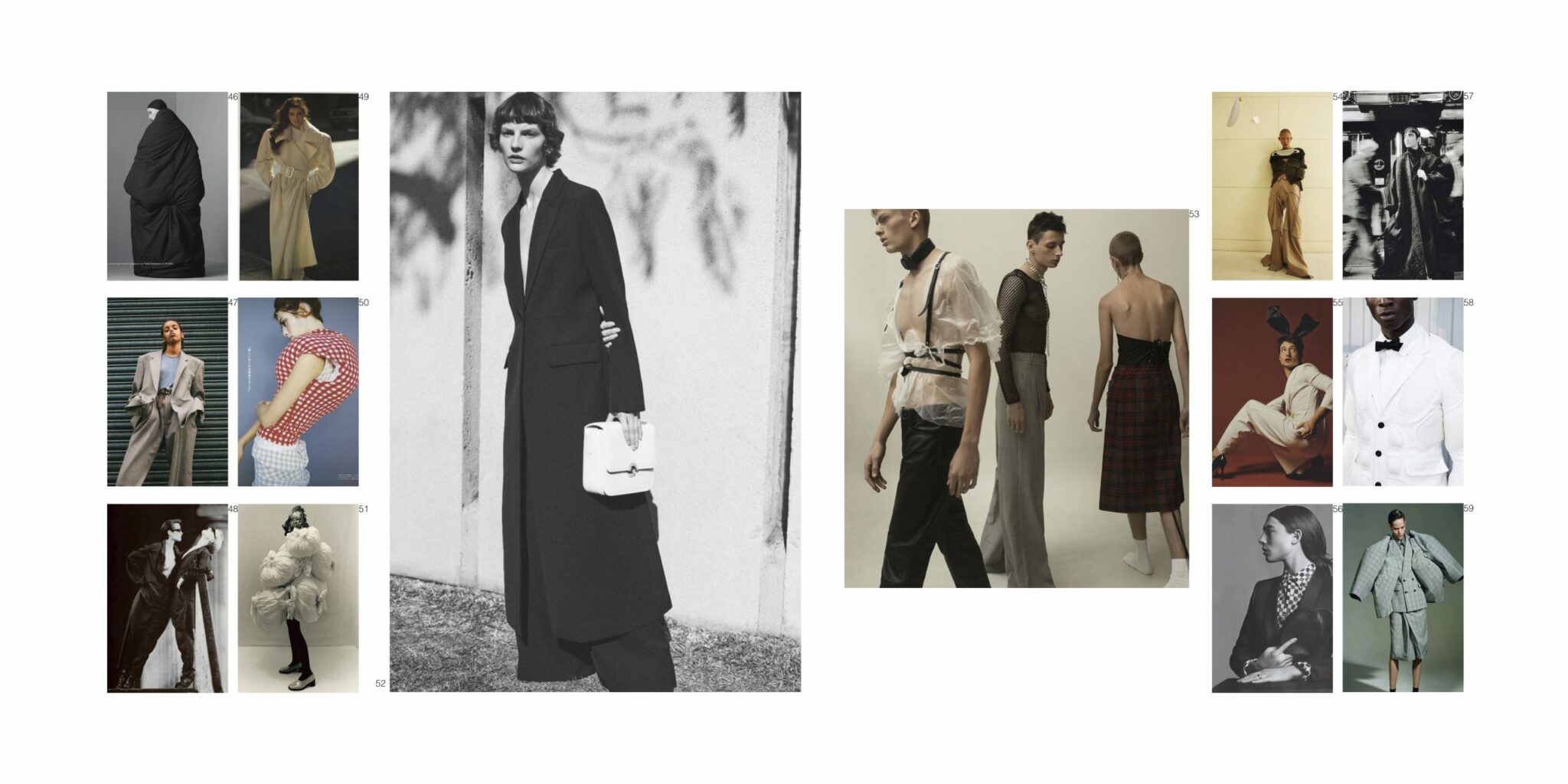 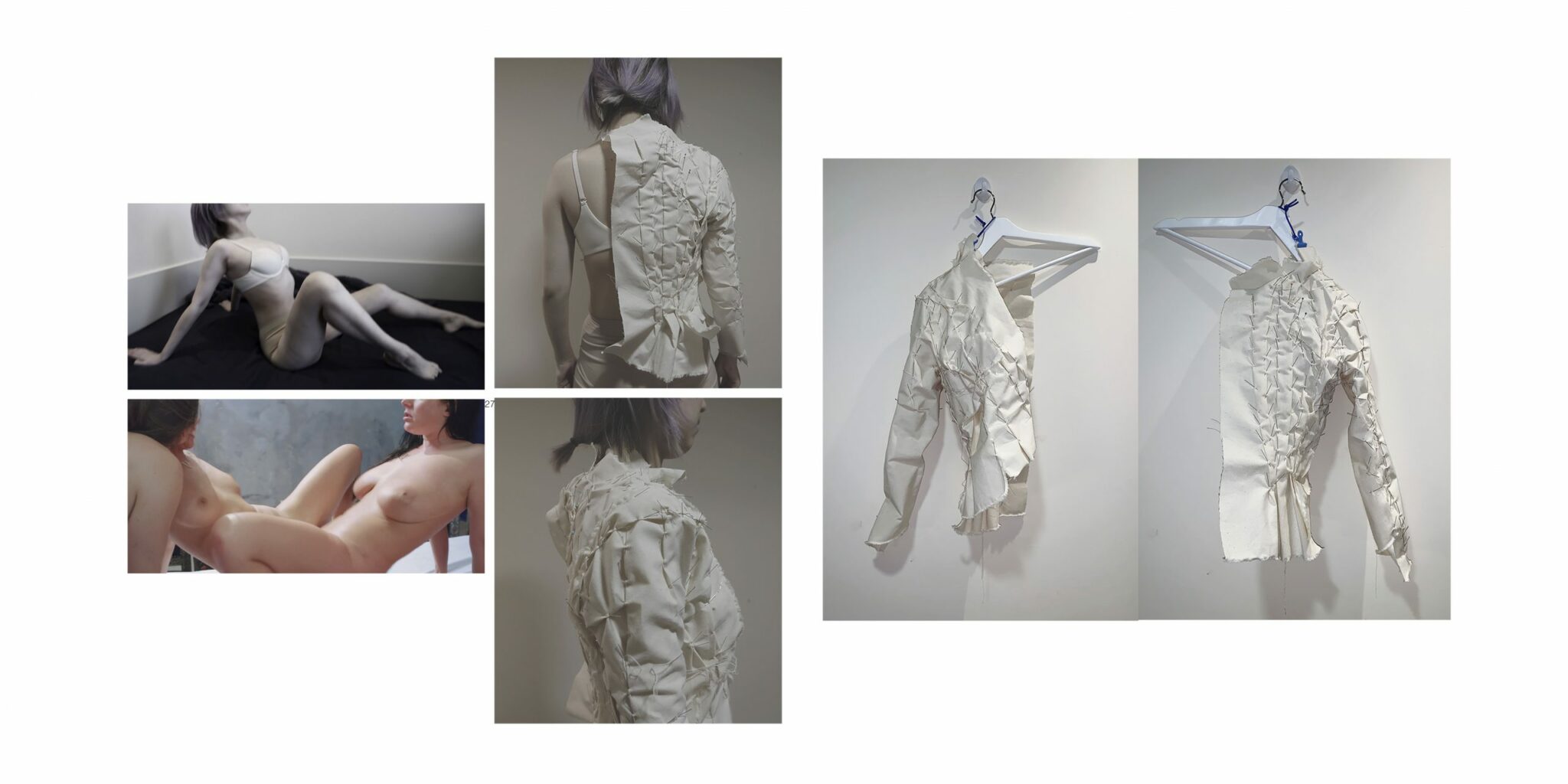 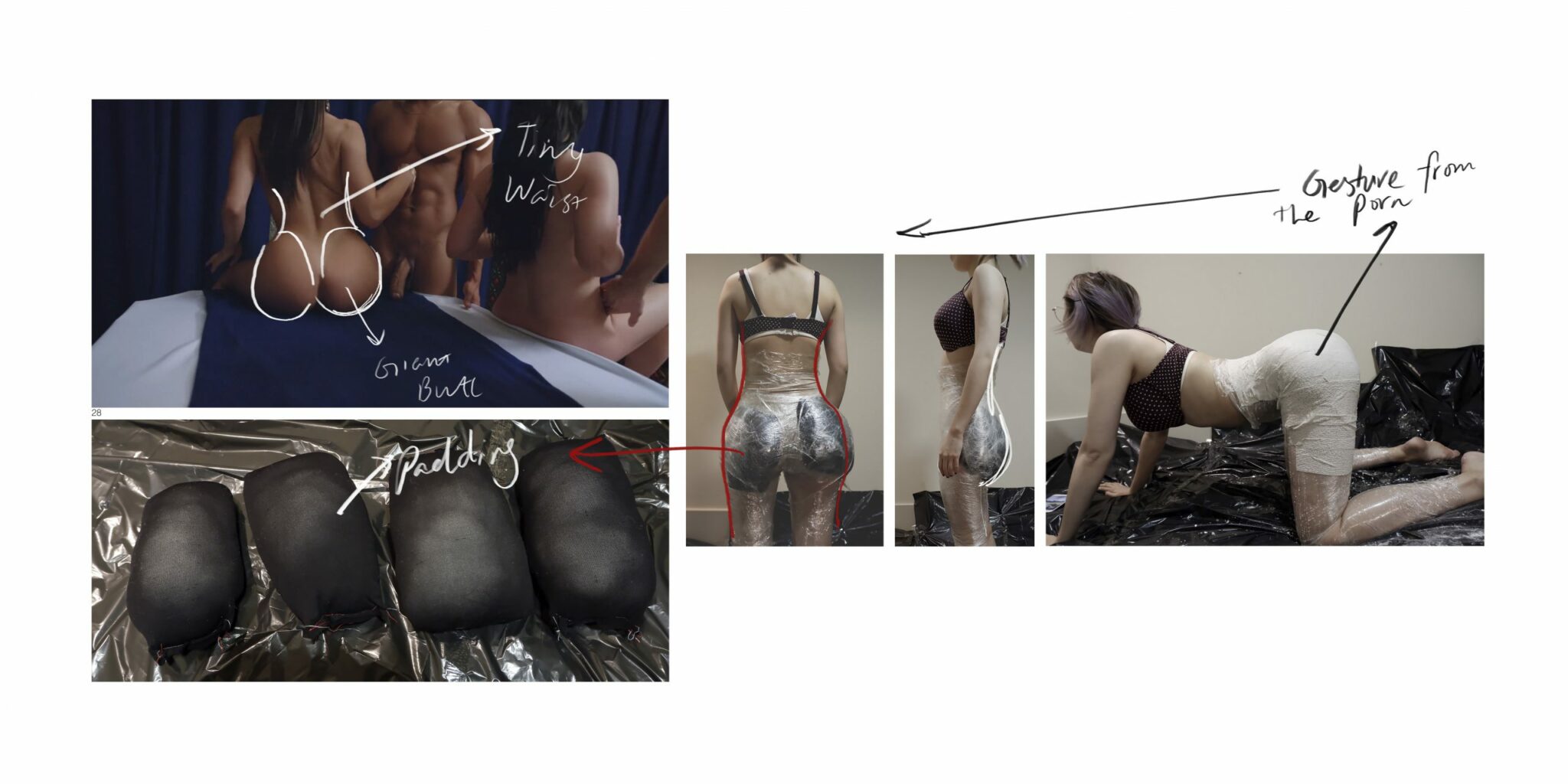 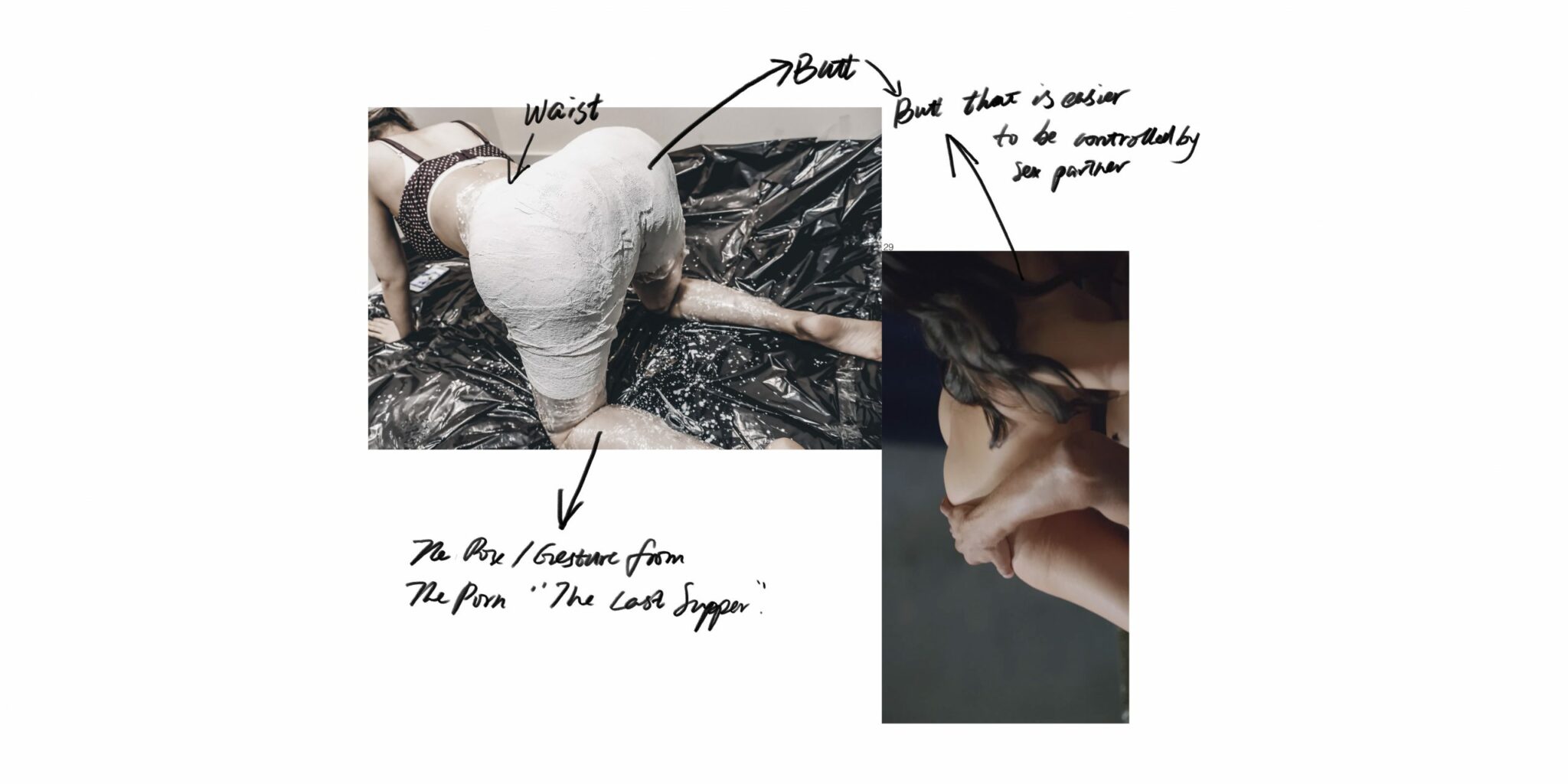 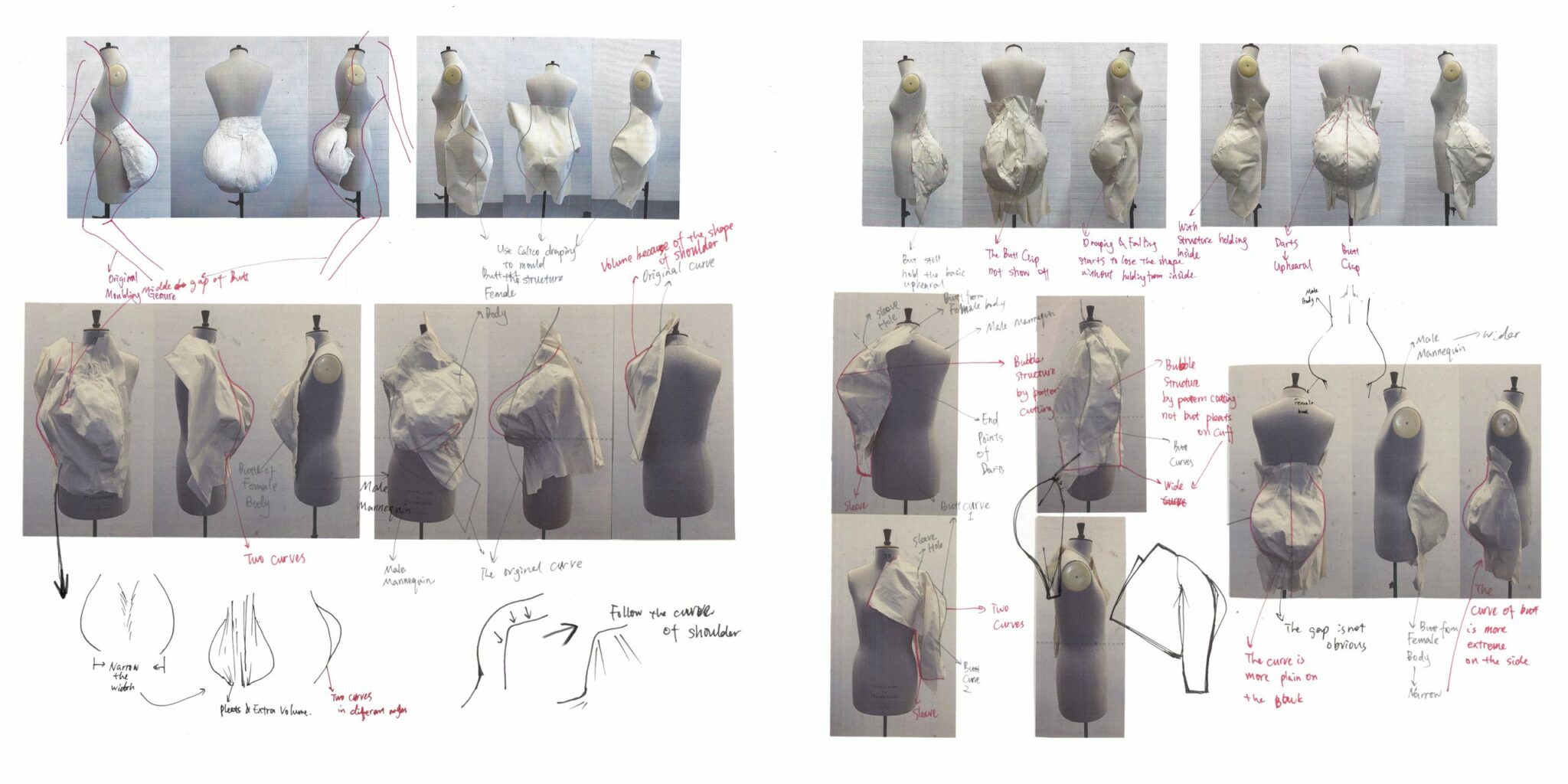 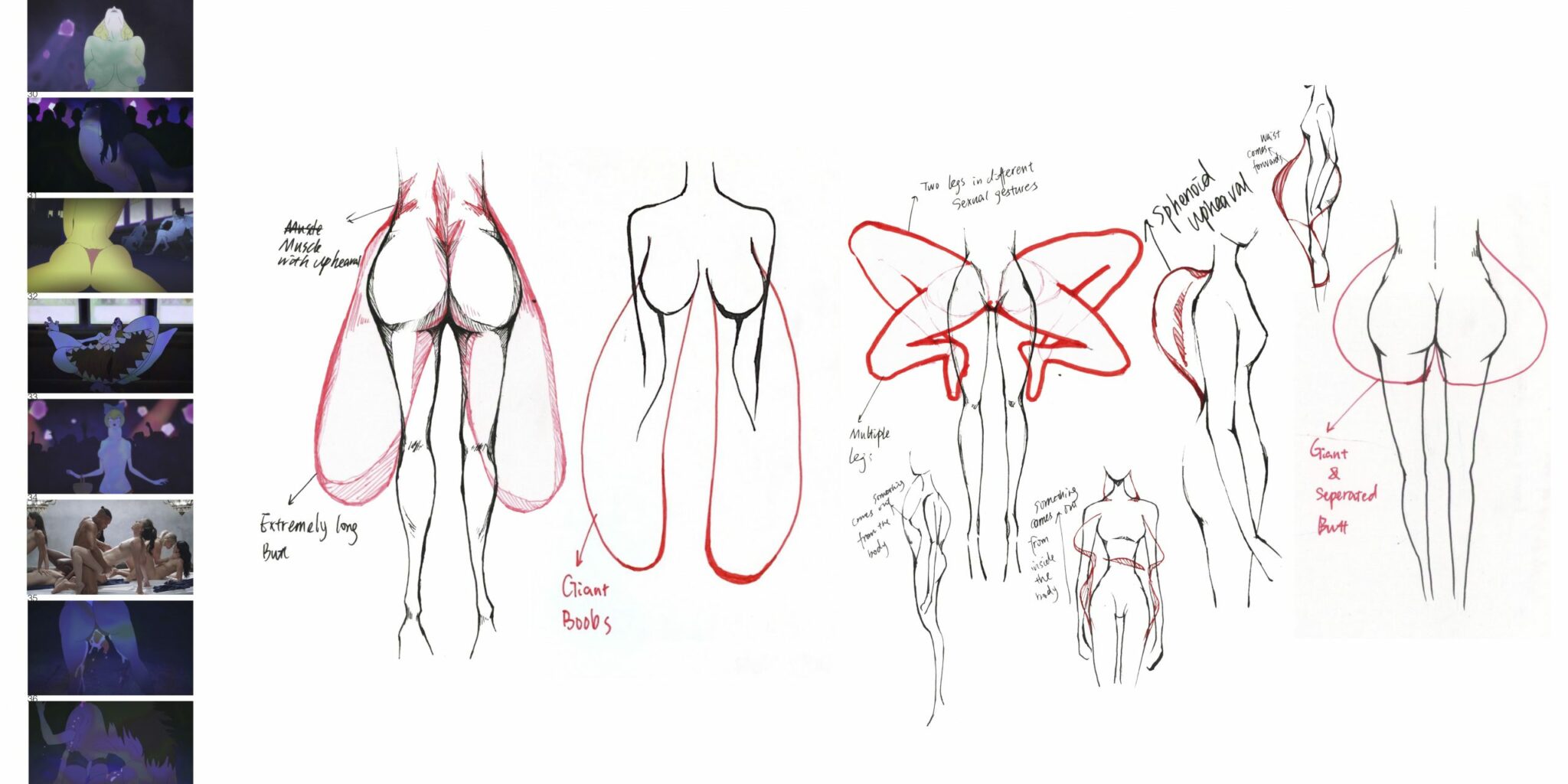 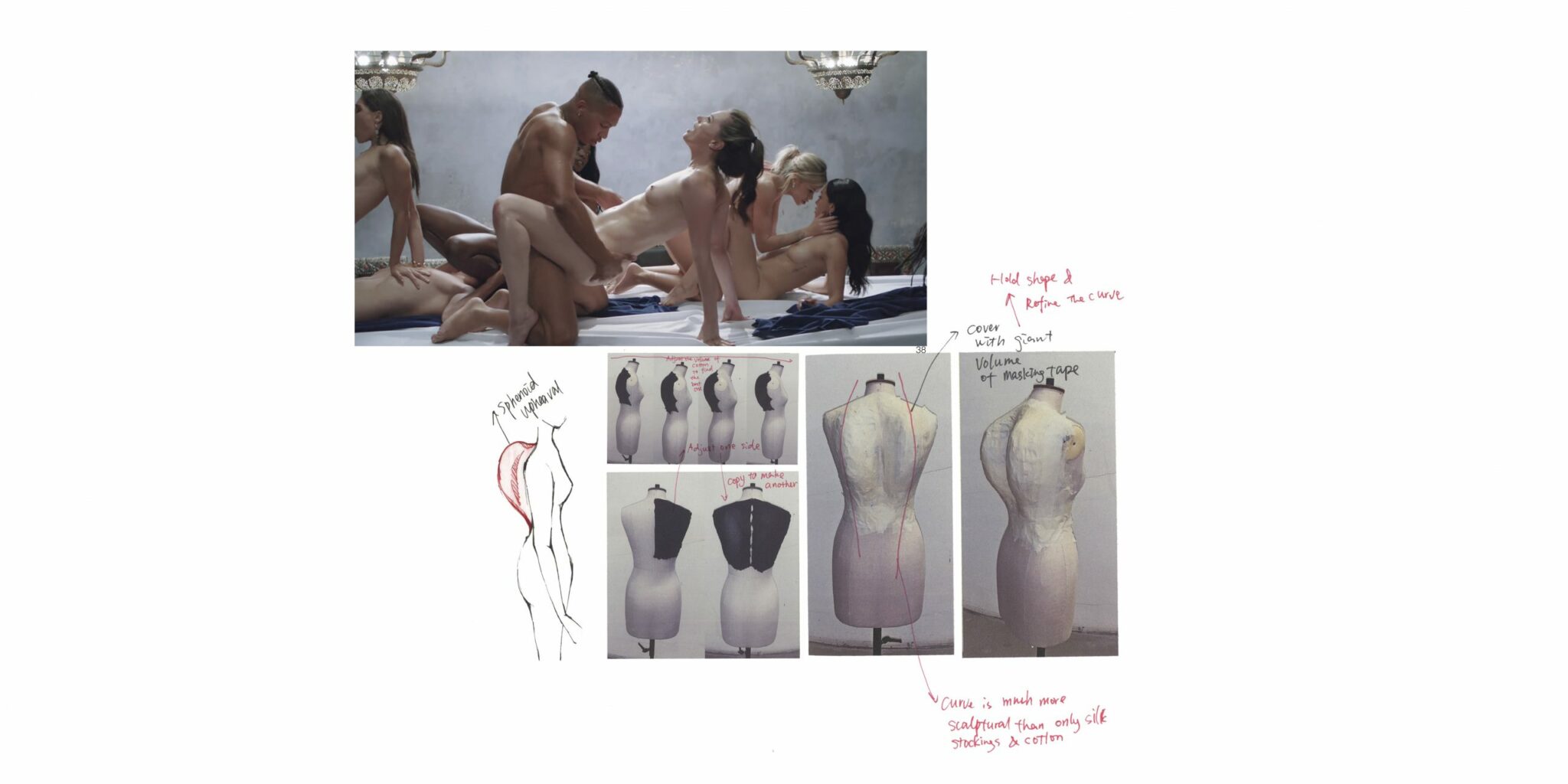 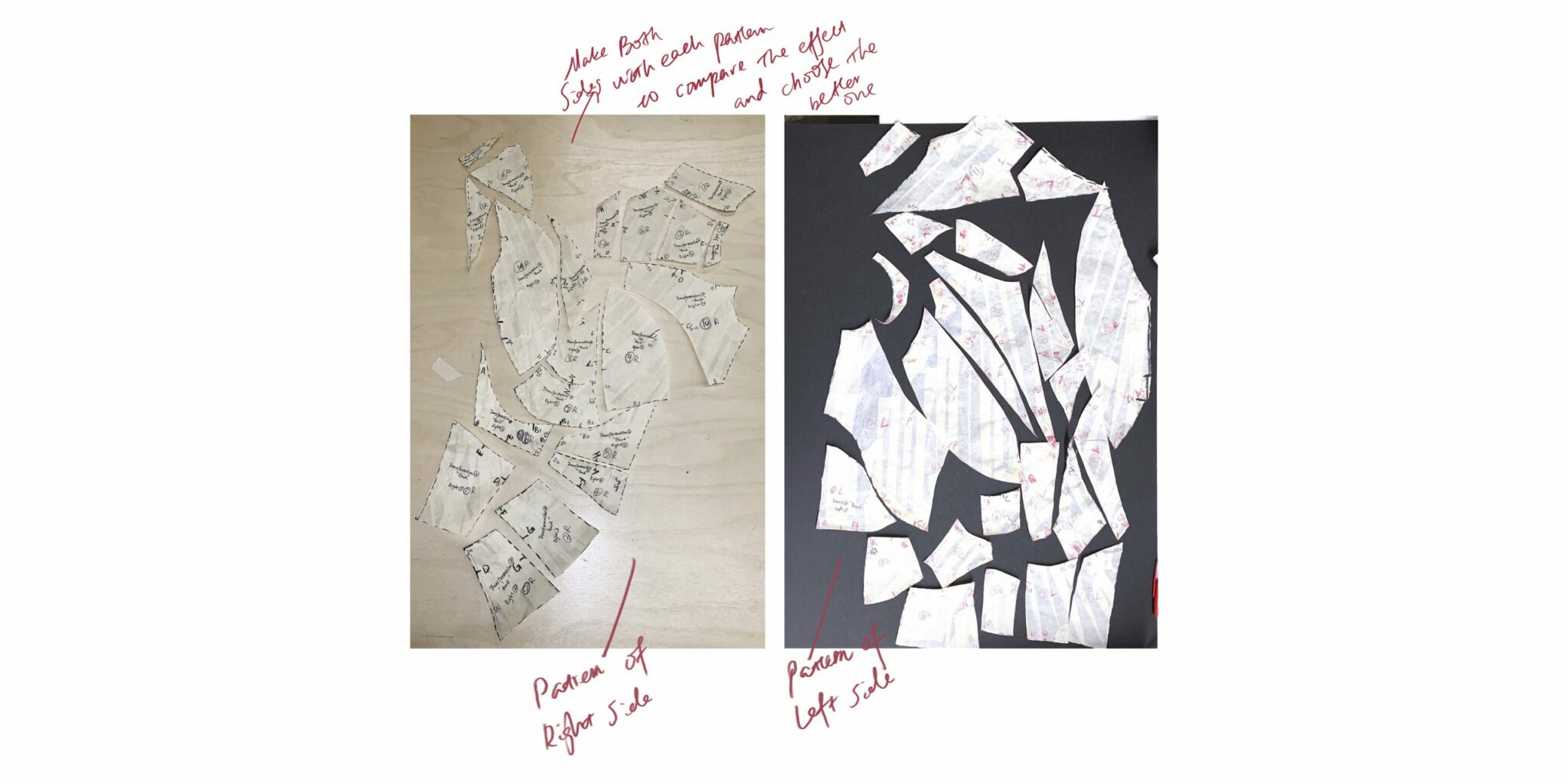 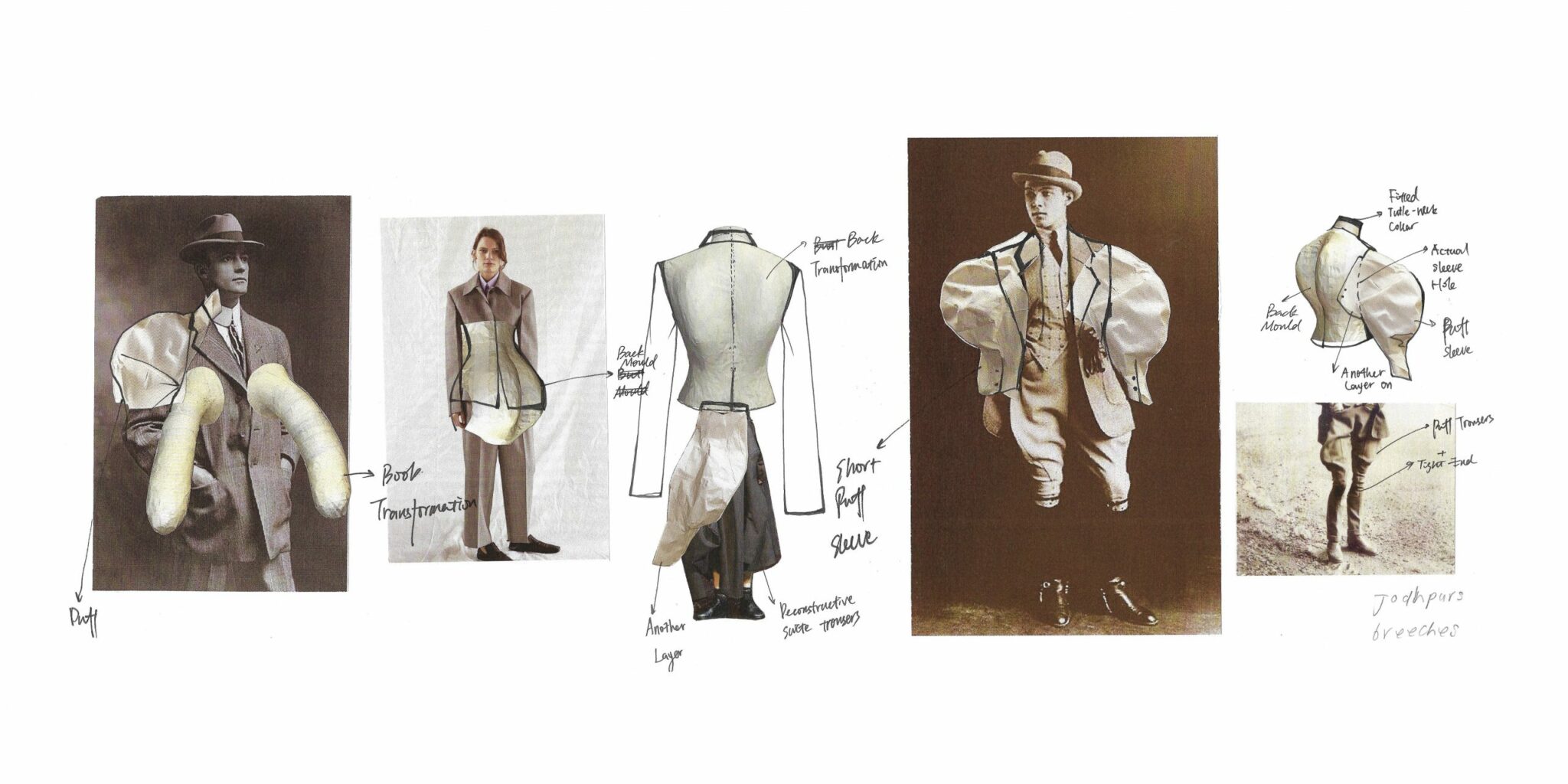 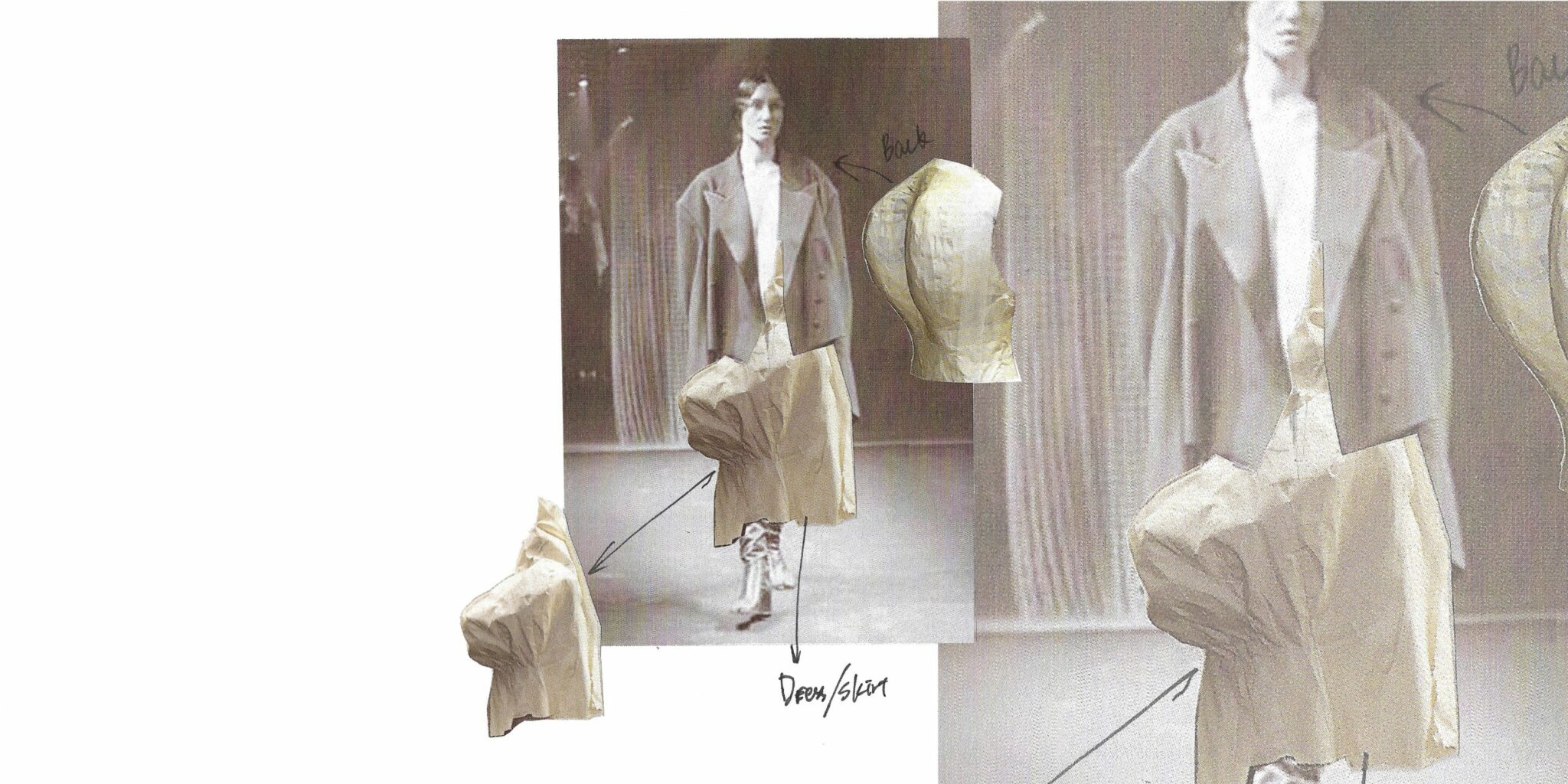 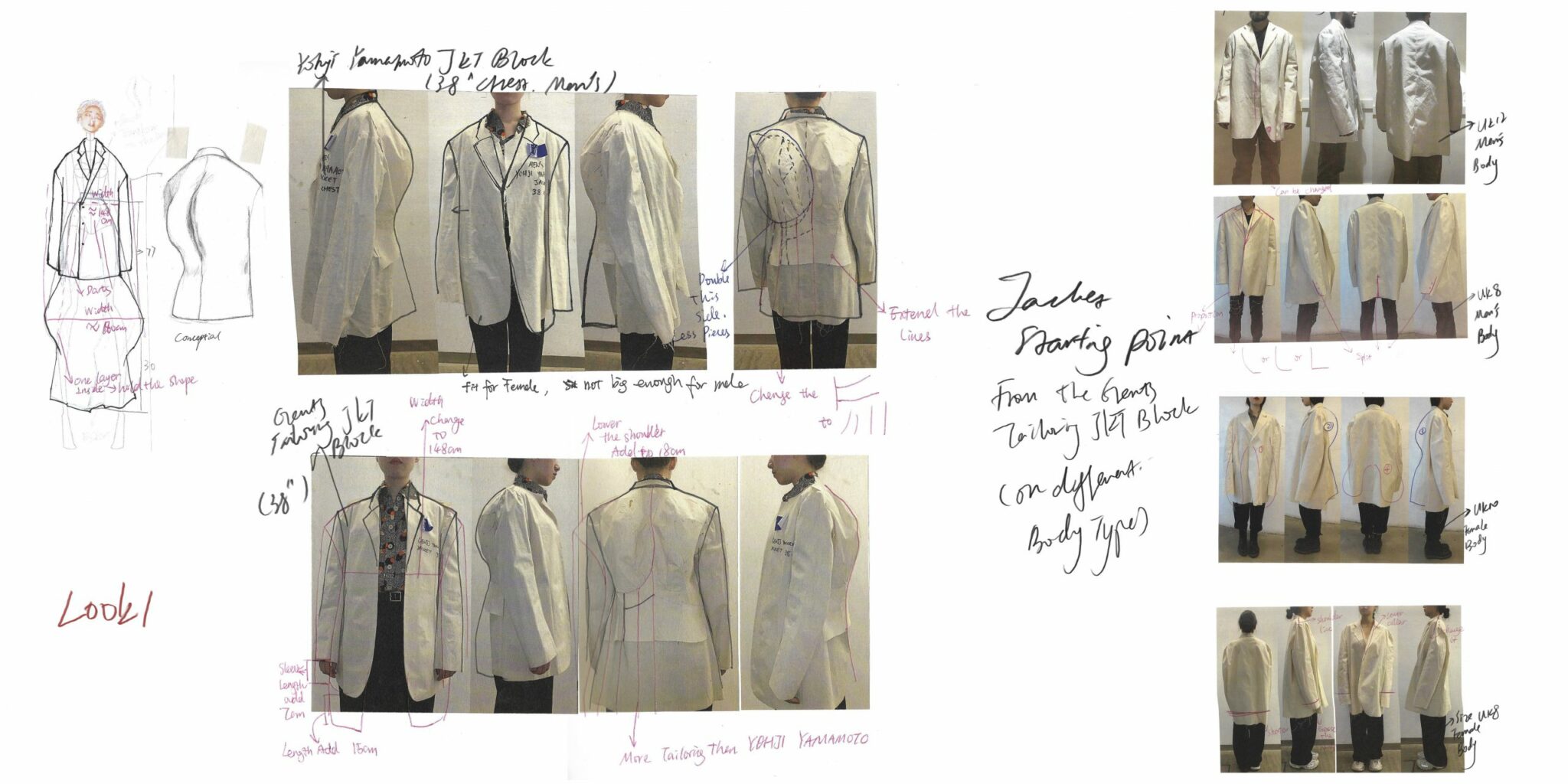 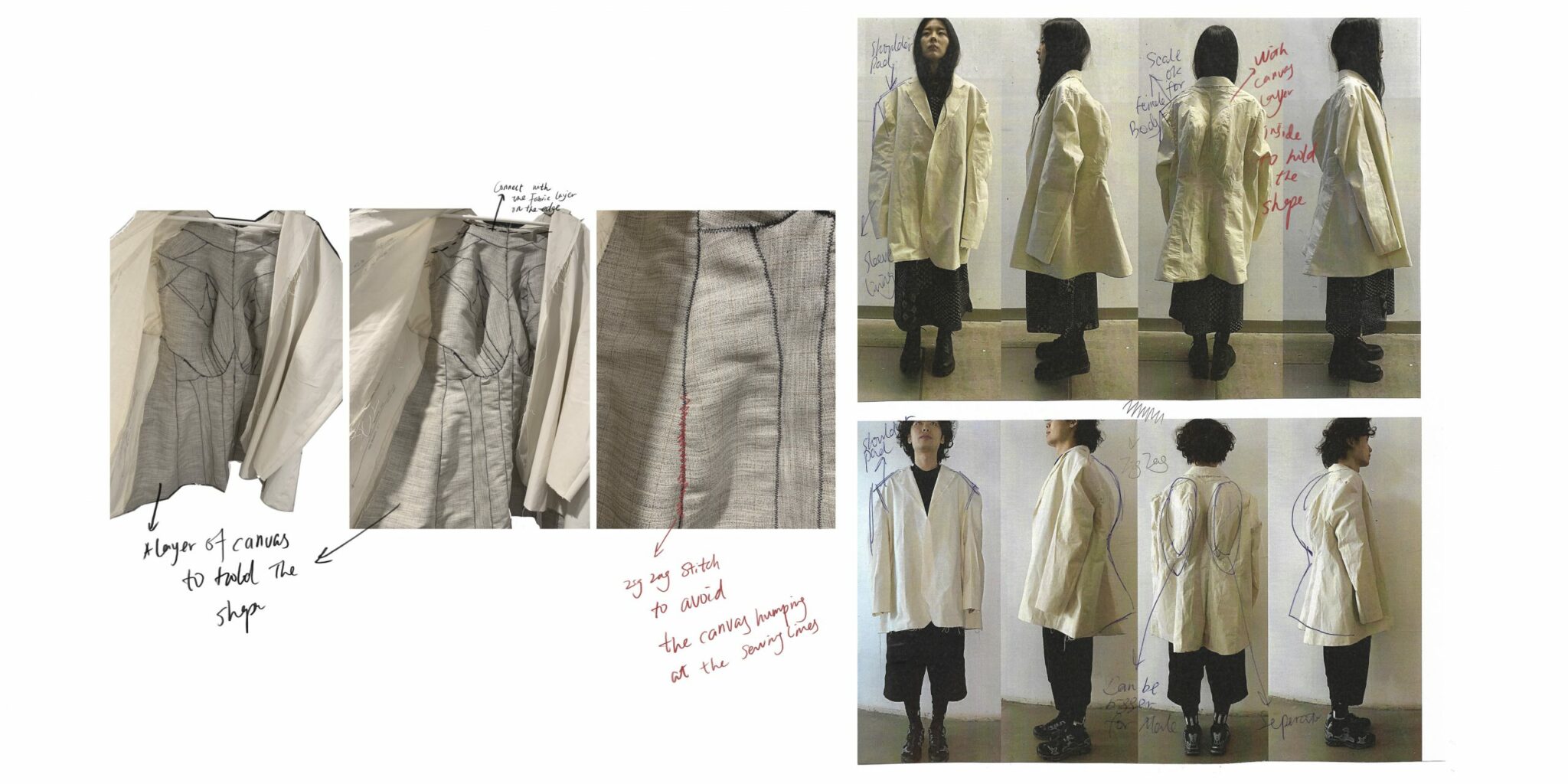 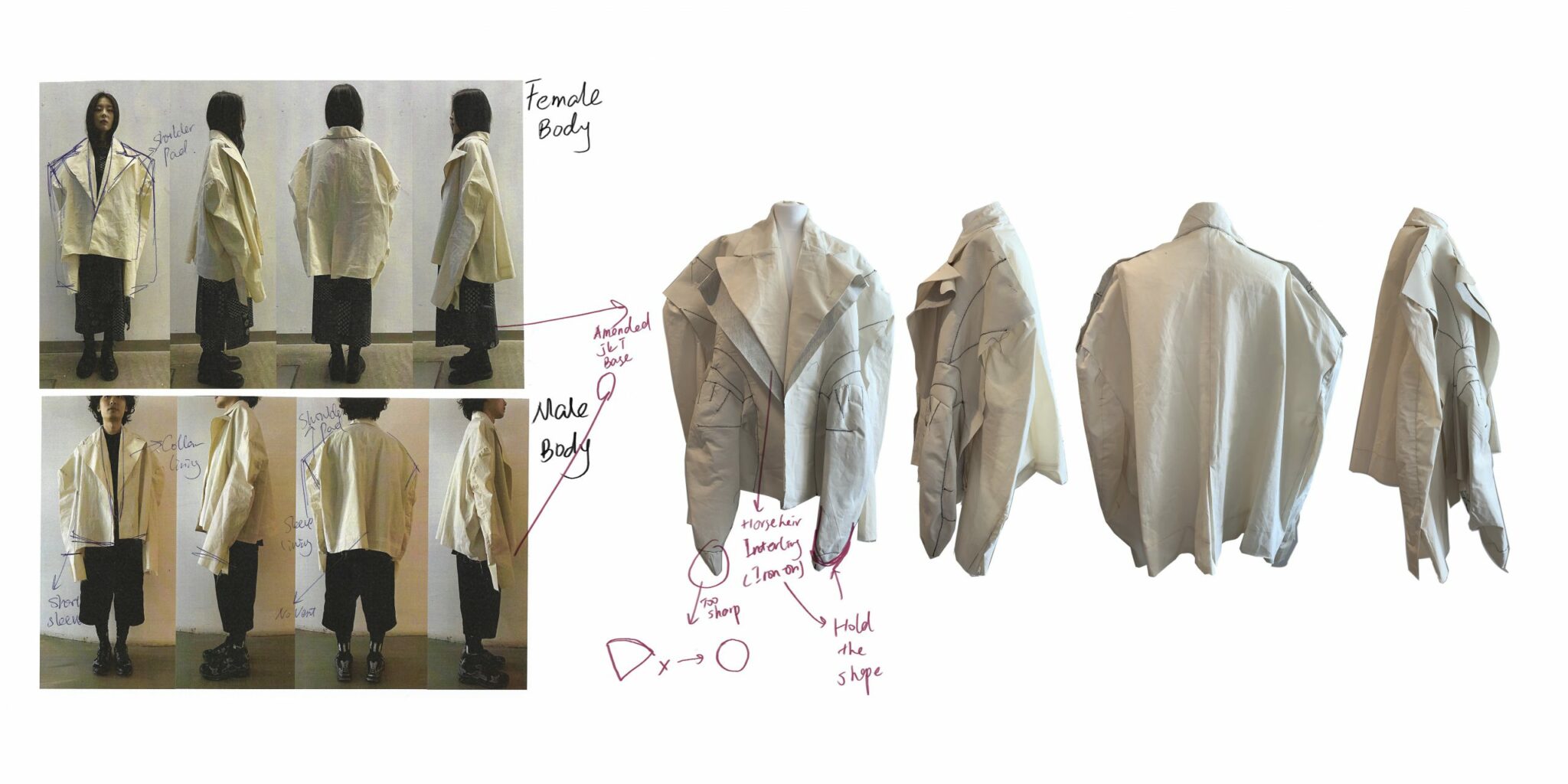 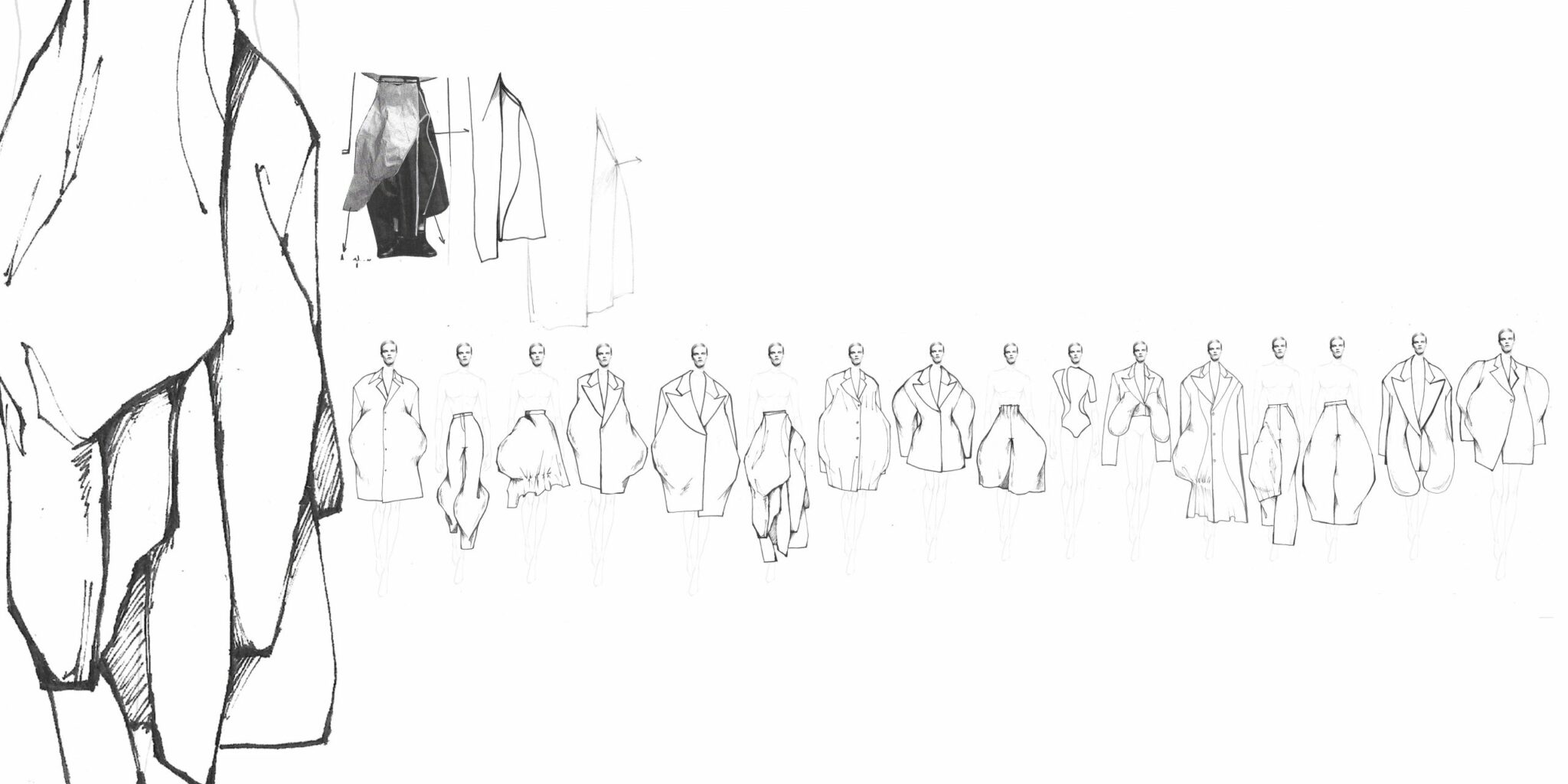 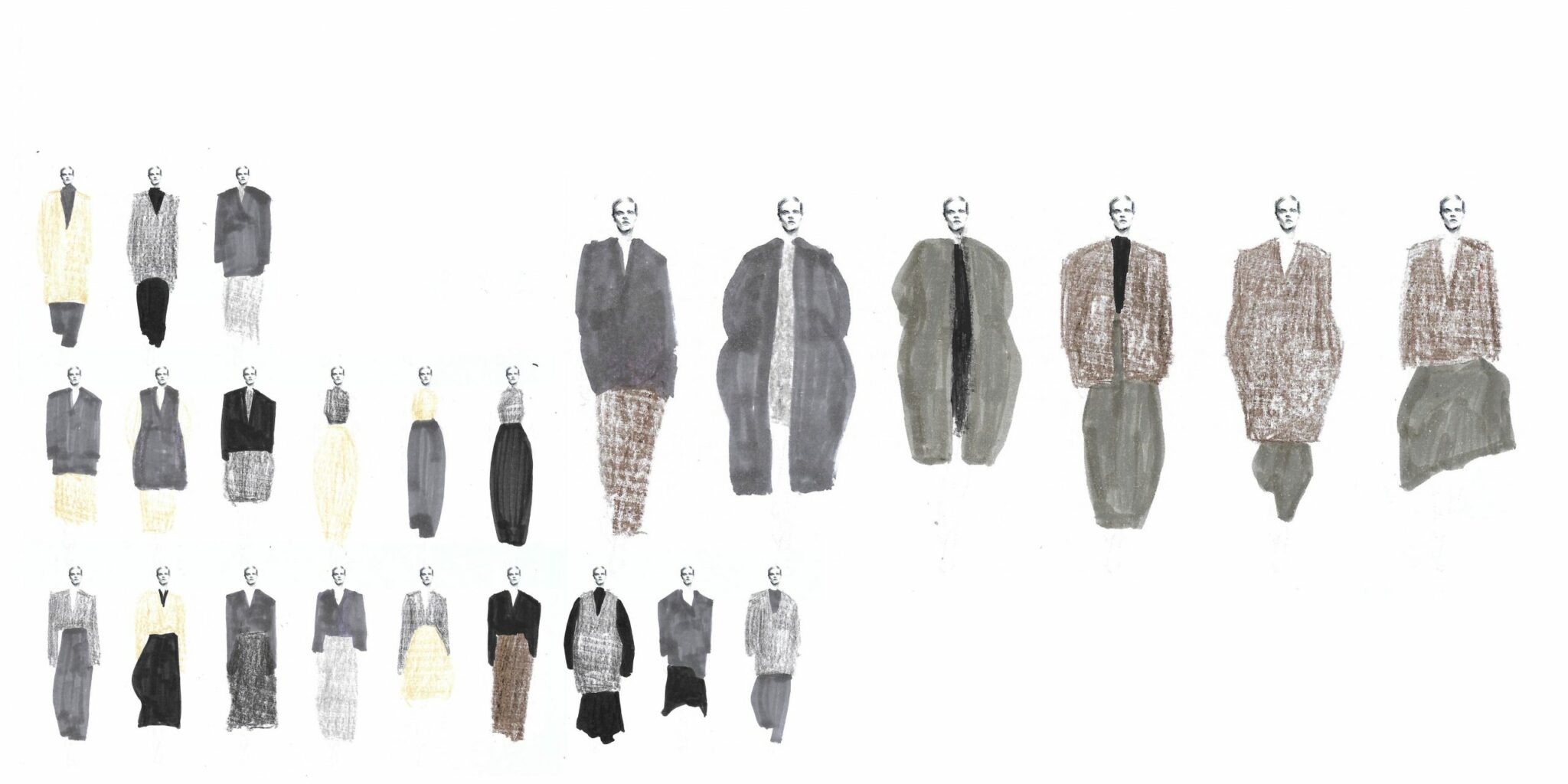 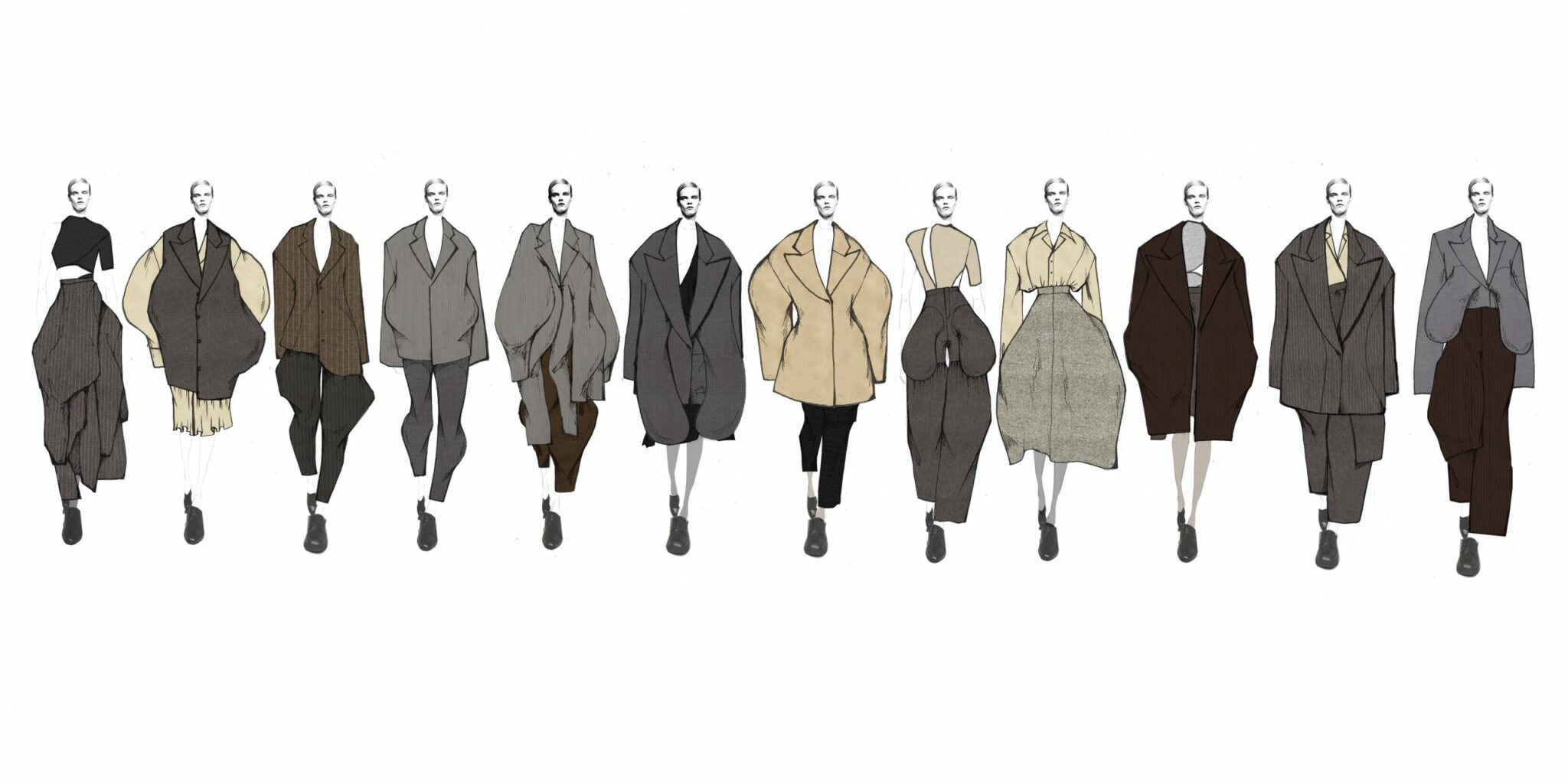