Mapping the NEIC - parks which remained open during Covid-19

The Exploding School: The Potential for Outdoor Learning and Play Space in Dublin’s North East Inner City along the Royal Canal

Please find a short image diary of my process and outcomes at the bottom of this text.

Background and overview of project:

Note on Language: NEIC refers to the North East Inner City of Dublin, a geographical area with a population of over 18,000 people.

Covid-19 has exposed the quality and accessibility of our public spaces in Dublin. When schools in the Republic of Ireland closed on March 12th to prevent the spread of Covid-19,  the availability of outdoor space was thrown into stark relief. It was my assumption coming into the research that the NEIC was already suffering from a lack of public spaces and invitations to spend time in the area outside of commercial spaces. It was also my belief that this lack of possibility to freely gather outside without spending money disproportionately impacts young people.

I chose to focus my research on the needs of schools in the NEIC as major stakeholders who would benefit from an increase in outdoor playspace, interviewing teachers in the local community and young people who live and go to school in the area.  Through engaging with schools I found that space for schools in the NEIC is critical not just to facilitate play and engagement during Covid-19, but also to provide space to play for pupils, many of whom do not have gardens or are living in temporary emergency accommodation due to the acute rental and public housing crisis in Ireland.

Space to play and the possibility of learning through play is a vital aspect of a young person’s wellbeing and development. However research also shows its relationship to the wellbeing of the broader community. In particular, play in public space, either on pavement, the street, the immediate public realm has been shown to have a vital role in breaking down social isolation.

In the existing literature written on improving a young person’s experience in the NEIC, we often see a heavy focus on preventing “anti-social” behaviour and increased police presence. However the effect of this fear of people gathering outside has been to remove many places to rest or gather outdoors, leaving more vulnerable street users such as older people, children, people with specific mobility needs at a loss for space in the city.

When it comes to a young person’s experience of the city at street level in the NEIC, we do not find many playful touchpoints in the immediate public realm. Through speaking to teachers and young people themselves, I found many young people who live and go to school in the NEIC carry negative associations with the urban environment, often associating it with rising levels homelessness due to the ongoing housing crisis in Ireland. Many also associate it with negative interactions with police, experiencing or witnessing racism, or being hit by traffic.

A lack of public space which invites play and is accessible to young people leaves us with the self perpetuating narrative of anti social behaviour – if the urban environment is solely to be used for commerce or travel, we face the problem that anyone spending time in it who is not performing these roles is at risk of being seen as acting in an “anti social” manner.

To address this, I am proposing built interventions into the Royal Canal to create new opportunities for play and pedagogical engagement with the city.

As Ward and Fyson write in Streetwork: The Exploding School:

I chose to visualise this possibility through the introduction of mooring points along a specific stretch of the Royal Canal. The site was picked after a process of mapping the schools and distribution on young people in the area. The Royal Canal was built in the 1700’s as a motorway of its’ time, to link Dublin port with North western counties, however it is now largely used for foot and bike travel. Focusing on the water of the canal based on young people’s observations around it, I chose to imagine mooring points for activities like boat racing and raft building, and as spaces that could add focus to the huge biodiversity of the canal beds.  Collecting and building objects is a tradition in the inner city particularly around October and halloween when bonfires are lit. These skills could be brought to raft building, or attention could be brought to the huge amount of native plants which grow along the canal as pedagogical activities and embodied learning.

I went through several stages of research from critical inquiry and interviews, to quantitative mapping of the area, to ethnographic observation and workshops with young people who live and go to school in the area.

It is the hope of my project that I will use the work and insights gained to build a proposal for a community build project in partnership with a youth project in the area. I am currently working on the proposal for this, and would be interested to hear of any similar community based building projects happening in the UK or Ireland.

Thank you to everyone who contributed to my project in particular the young people who took part in the workshops and teachers who gave their time to talk to me. For any further information or to read more about my process, please feel free to email me at rosi.j.leonard@gmail.com 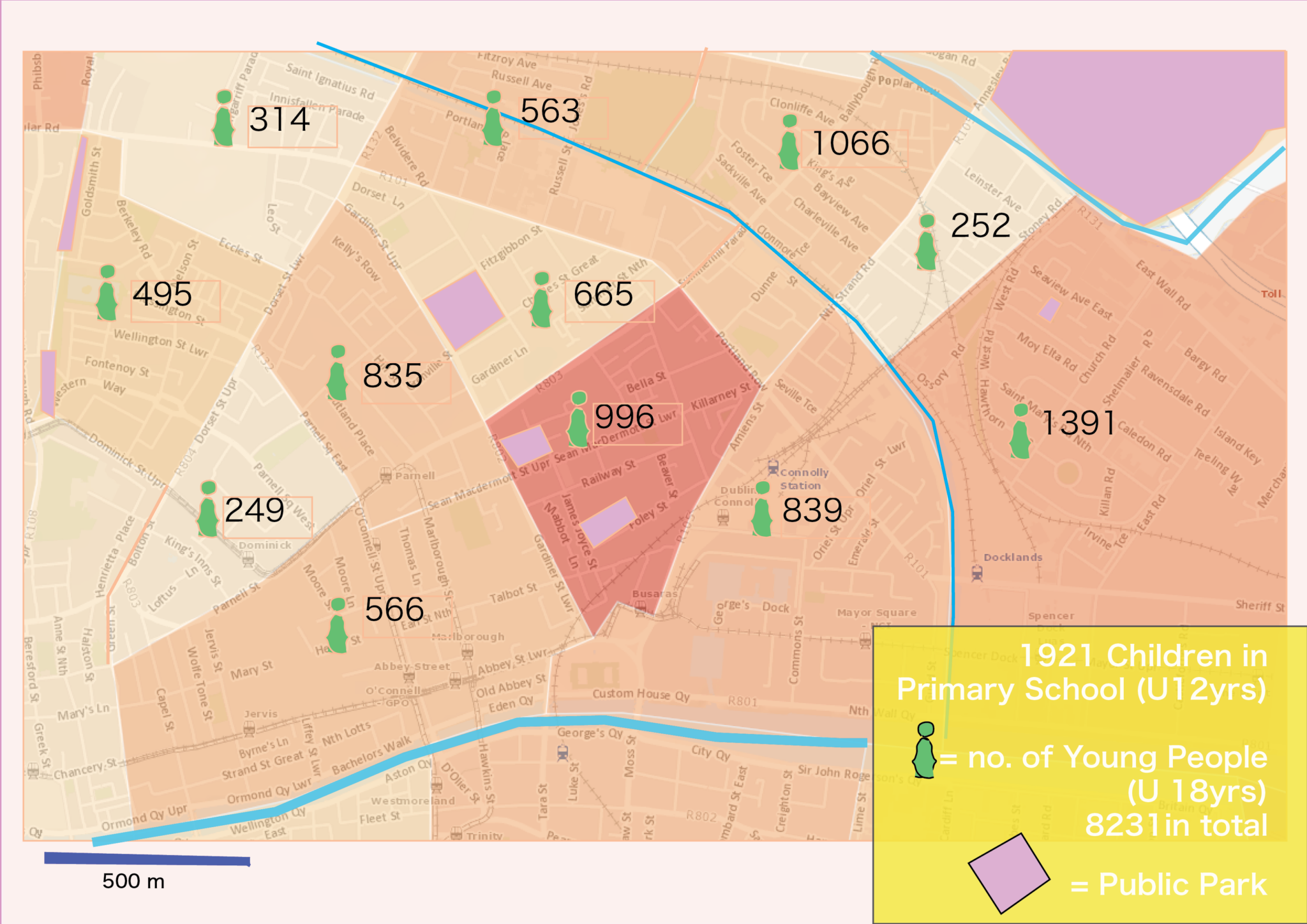 Mapping the NEIC - parks which remained open during Covid-19 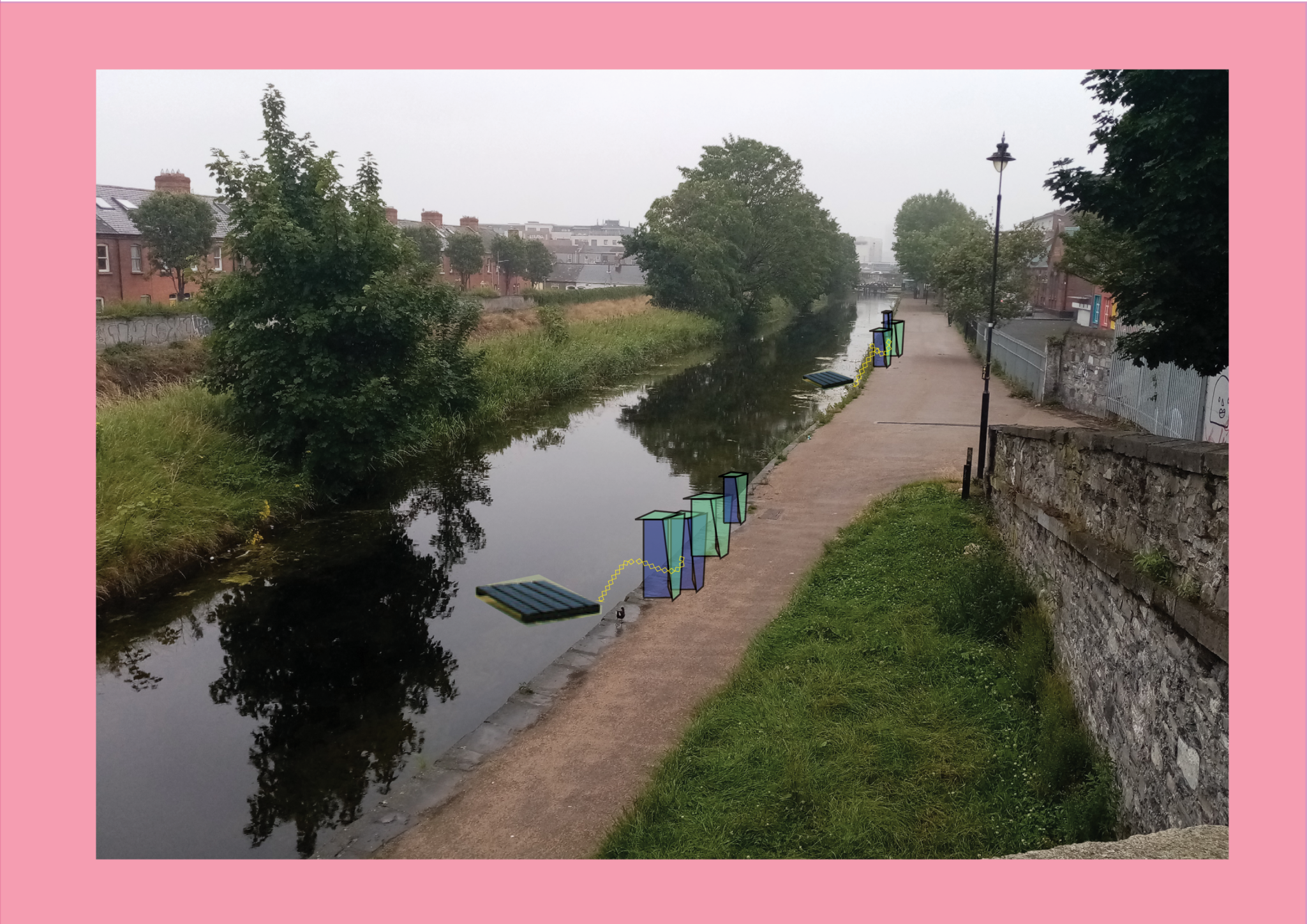 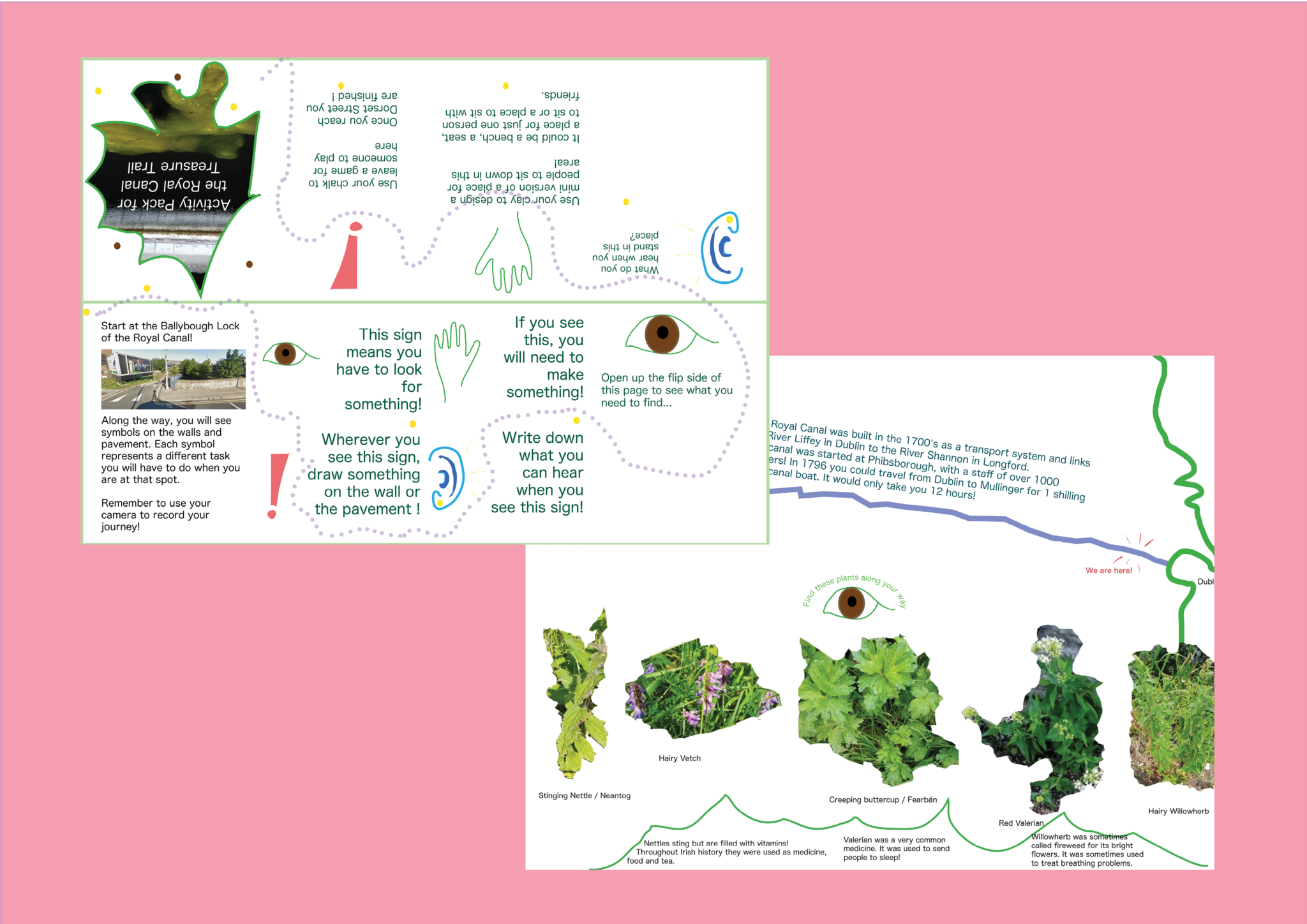 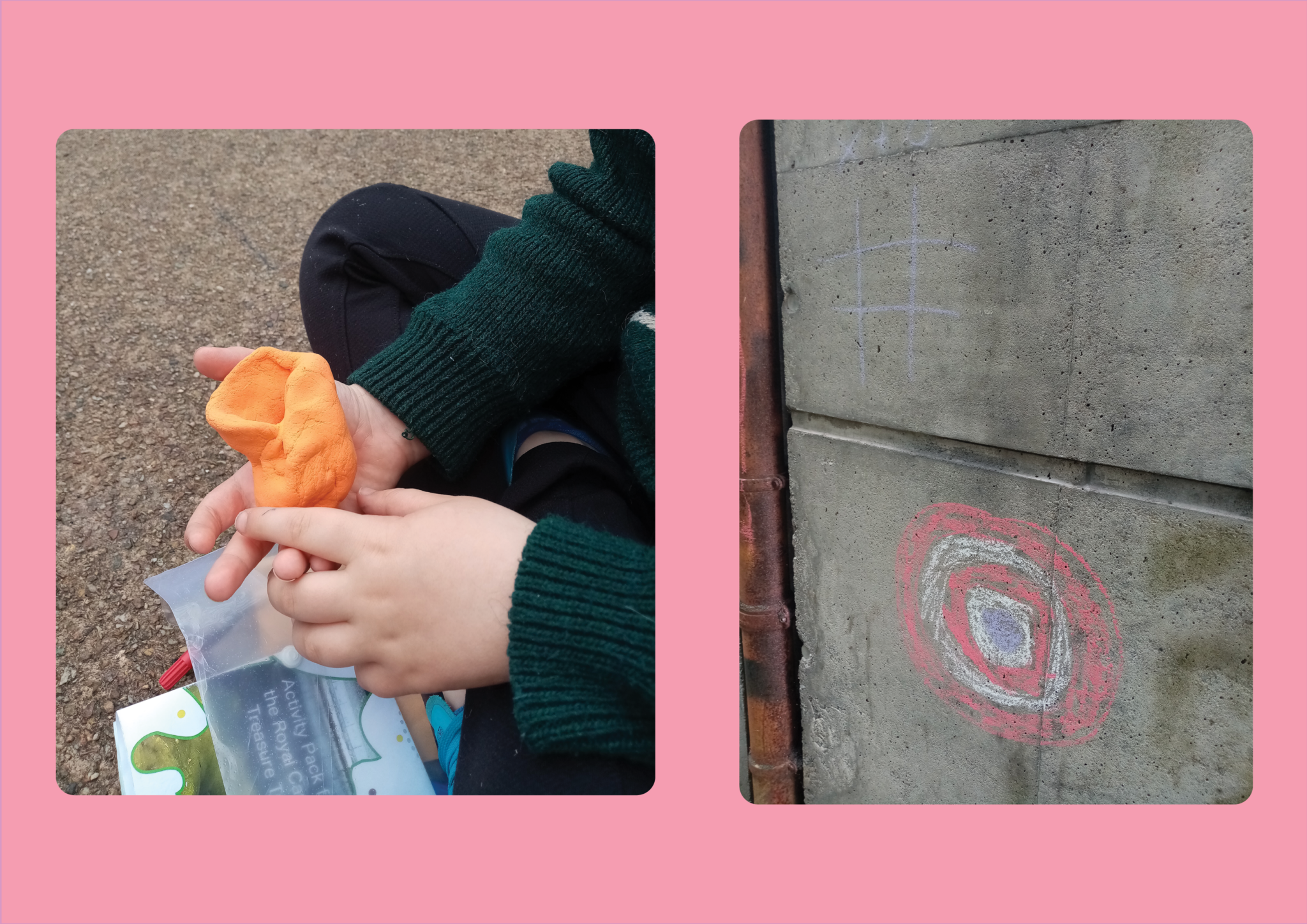 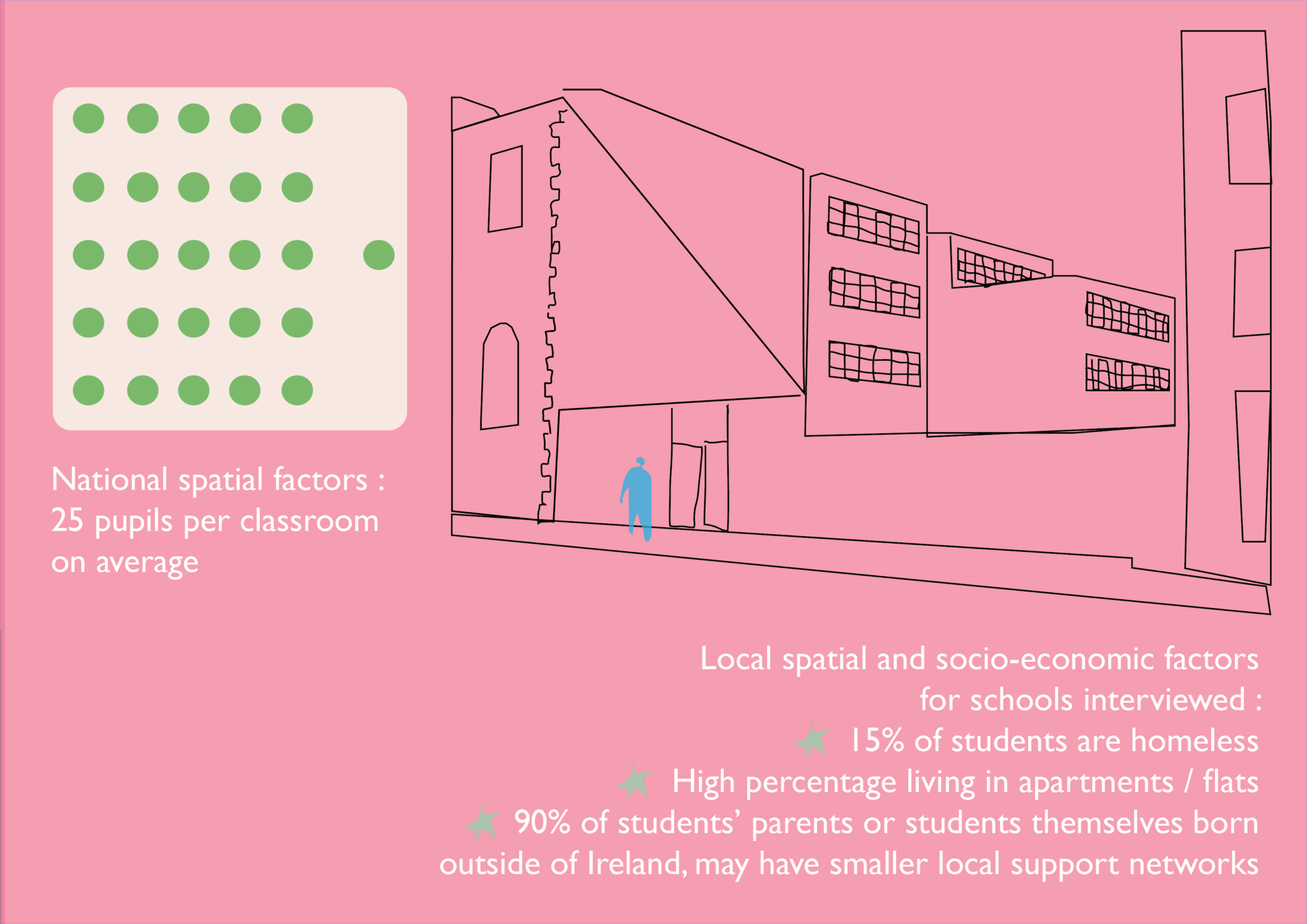 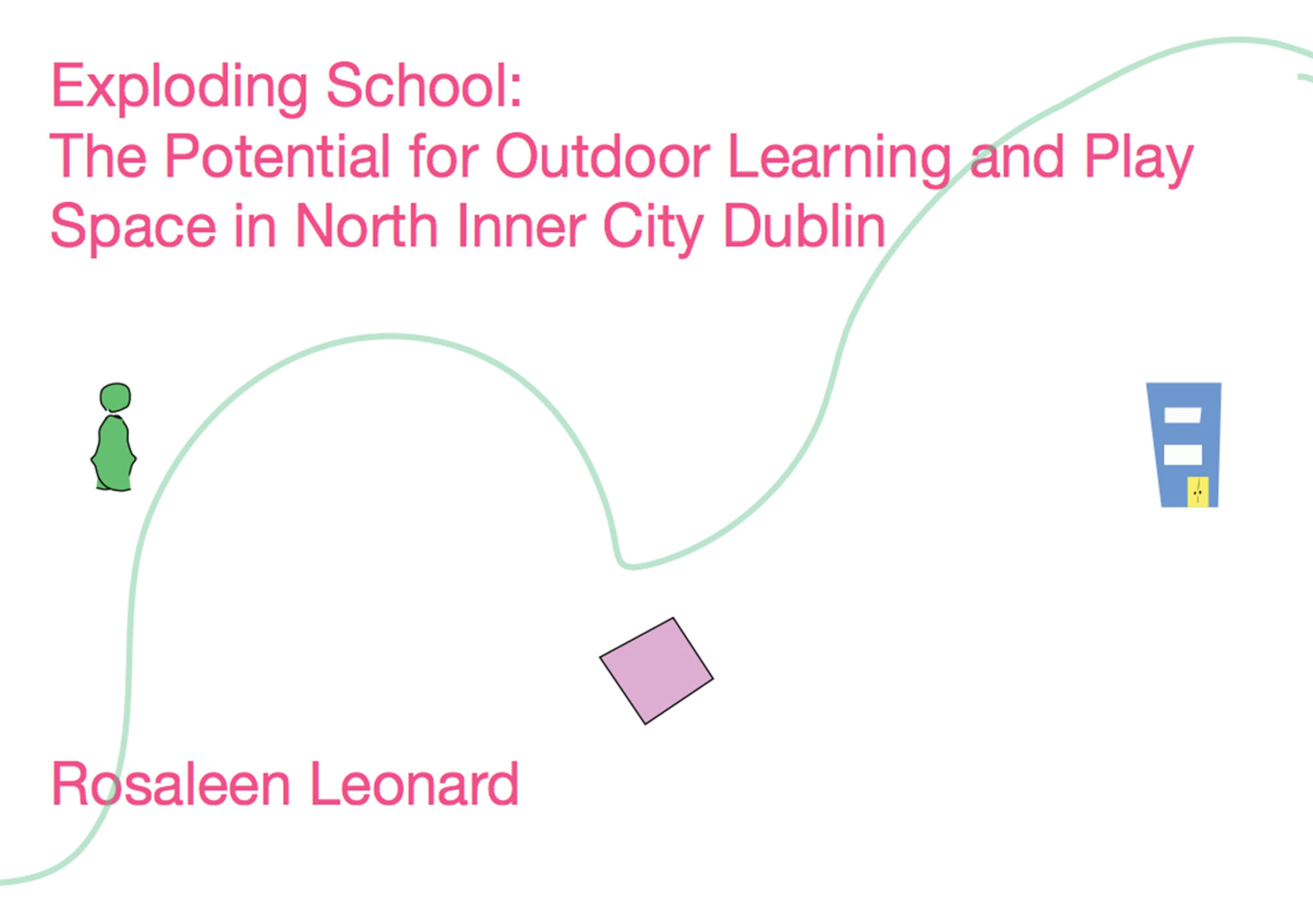