Authority and Freedom: Testing the Context

In this Semester 1 project, five students from the MLitt Curatorial Practice (Contemporary Art) programme collaborated with two Master of Fine Art artists to explore concepts of authority and freedom in the public space.

Semester 2 showcase of the overlapping subversive responses of 5 artists to surrounding structures of power, authority and influence on society.

How to keep the workplace safe

Running through autumn 2020, Art of Defiance originated in Glasgow as a progression of creative responses centred on the ideas of connection, disruption, influence and change within the period of the Covid-19 pandemic. The project is curated by Marianne Vosloo and has developed through close collaborations with artists spanning a range of backgrounds, whose practices seek to create spaces of resistance and forms of disruption in the physical and digital public spheres in a time of crisis.

Art of Defiance takes the form of a series of poster interventions in advertising sites situated on the walls of the railway arches in Glasgow’s Eastvale Place. This small dead-end street is tucked away in between a diverging point of two railway lines next to an old industrial site, now a multi-disciplinary arts venue called SWG3. In addition, the project takes the form of web postings on social media and a customised website, developed collaboratively with each artist. The project connects a group of visual artists, street artists, aerosol artists and communication designers with overlapping subversive practices. Art of Defiance captures creative reactions to concealed, pre-existing and invisible issues further exposed by the pandemic, personal experiences, contemporary events and public discourse.

The zero in A0D represents artists, practices and voices not fully recognised in the art canon and, those who prefer the shadows of artistic anonymity. At the same time, zero is the new beginning of unlimited possibilities and visions for the future.

The emergence of coronavirus rapidly grew from a highly infectious disease into a set of circumstances and restrictions worldwide that would affect everything that we know and all aspects of our lives. What surfaced as a result of this turmoil was an unmasking and magnification of social and economic inequalities, with many levels of injustices made visible by an “invisible agent” (‘The Pandemic’s Invisible Agent‘, www.hyperallergic.com). The humanitarian crisis that unfolded simultaneously presented new possibilities to unsettle, subvert and transform systems and structures of power in creative ways, whilst concurrently revealing acts of resilience and new visions for the future.

The development of Art of Defiance started in the street; directly engaging with the strong imagery of placards and protests seen in early 2020. Most memorable was the political graffiti slogans painted in protest onto the monument of the Confederate General Robert E. Lee in Richmond, Virginia, as part of numerous 2020 protests against police brutality in the U.S.A.  The discarded placards around the toppled Edward Colston statue in Bristol similarly highlighted the strong presence of art in protest. This builds on evolving political struggles, acts of intervention to raise awareness of repressive and regressive acts of selfish capitalism, and an emerging satirical theme in activist art. Art in public space continued to emerge resilient and unrestrained, despite pandemic restrictions, while the rest of society viewed it on the internet under lockdown.

The placement of artwork into advertising sites such as billboards and bus stops in the urban environment is a disruption and repurposing of the commercial space. At the same time, the content of artwork created specifically for Art of Defiance is in itself seeking to disrupt, defy and challenge the major social, economic and political manipulations of 2020. A0D is the beginning of a community beyond the local, and which engages in the broader discussions around public art emerging during the pandemic.

Each of the artists has devised a poster intervention considered as an act of defiance in itself, which directly addresses the pandemic period. They have produced a piece of artwork during 2020 whilst remaining in five separate locations in Europe, working under different lockdown restrictions and limitations. The production of the artwork as posters connects with the history of artistic protest posters used at times of major social change.

A0D is both an arts commission and a shift towards a movement in public art. The platform gives a collective voice to artists working in different parts of the world, and that is my contribution as curator. The project goes beyond curating the poster interventions in Glasgow, to try and connect with, and actively contribute to, a broader conversation internationally.

The major global events arising throughout 2020 alongside coronavirus fears, have motivated a surge in activist contemporaneous research across public sites as well as newly formed online artistic platforms, creating an ideal recipe for Art of Defiance: for artists to shout back, to escape the limitations of daily life, and to challenge authority. And possibly to signal the start of a major new cultural revolution?

I am a South African with an extensive interest in subversive and activist art practice, especially in street culture, public space interventions and the involvement of art in pivotal contemporary events. This interest emerged in my formative years in the Limpopo and Gauteng Provinces of South Africa where my awareness of the powerful effect of art in communal space developed into a fascination for art as a disruptive force. My visual experience of art as a tool of protest against the Apartheid regime and as part of a wider internal resistance movement fighting for change, established my desire to seek out art on the unconventional fringes of the mainstream. My curatorial practice explores interdisciplinary connectivity, transformational shifts and social engagement through art with a particular interest in artistic practices identified as marginalised, alternative, or part of DIY urban sub-cultures. My current research-led projects focus on anti-establishment art and creative activism within spaces that seek to defy and undermine dominant systems of influence and control on society.

Marianne Vosloo is a freelance curator, artist and event organiser, and an arts programmer at SWG3, Glasgow. She is the co-organiser of Yardworks, an annual multi-disciplinary live arts event at SWG3, showcasing Visual Art, Street Art, Design, Typography and Aerosol Art in public space. Marianne has a degree in Art History and Visual Communication from the University of Pretoria, South Africa. Recent exhibitions include Authority & Freedom: Testing the Context (Underneath M8 motorway and A804 Phoenix Road, Glasgow, 2019) co-curated with Beatriz Lobo Britto, Jiaying Cao, Kehan Liu and Pui Ying Claudia Chan, and Control Alter Delete (The Photography Studio, SWG3, Glasgow, 2020). The latter event linked the work of a satirical artist, illustrator and writer, a subvertiser and visual activist, painting and printmaking students and a street artist to showcase overlapping subversive responses to structures of power and authority. 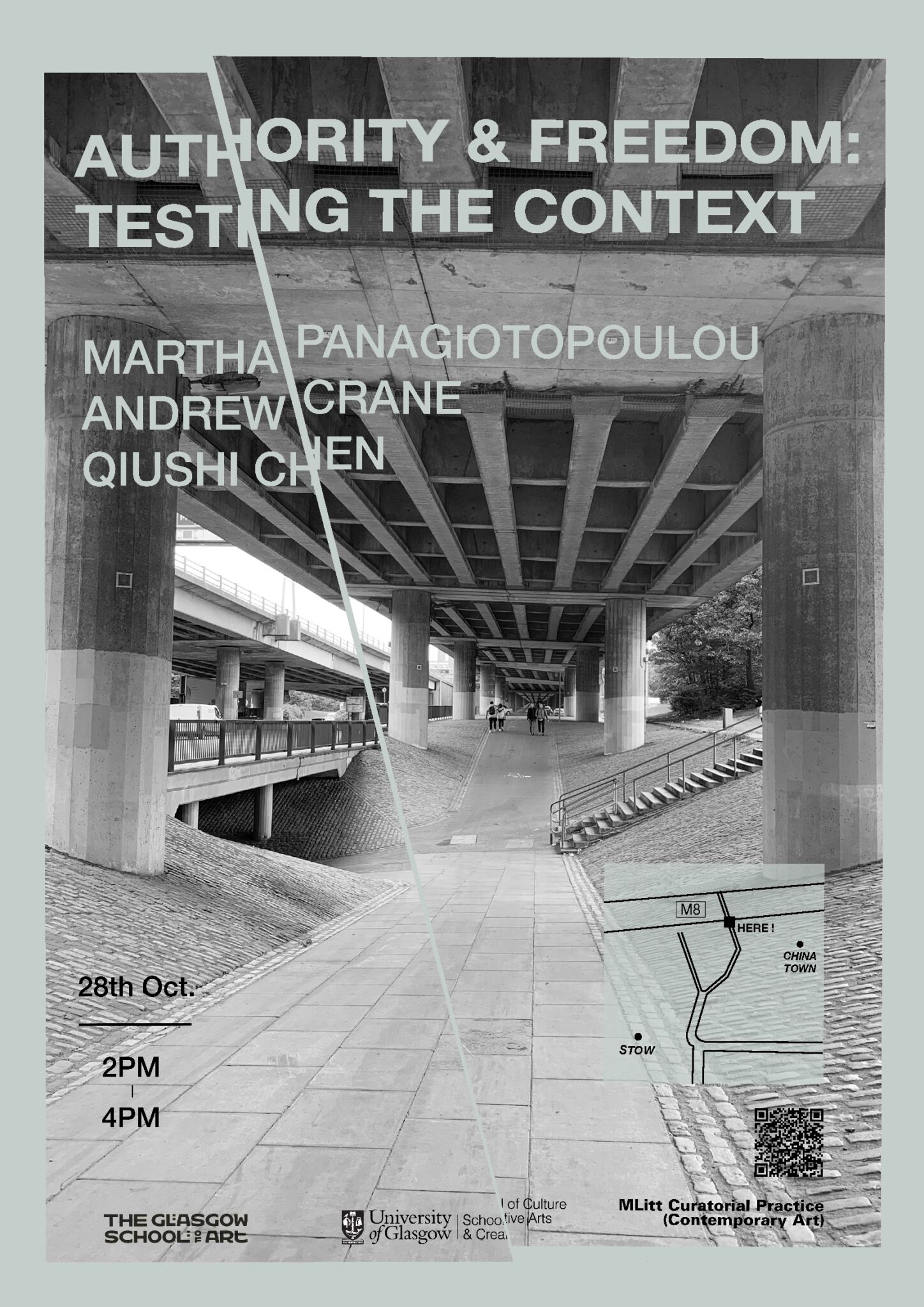 Authority and Freedom: Testing the Context

In this Semester 1 project, five students from the MLitt Curatorial Practice (Contemporary Art) programme collaborated with two Master of Fine Art artists to explore concepts of authority and freedom in the public space. 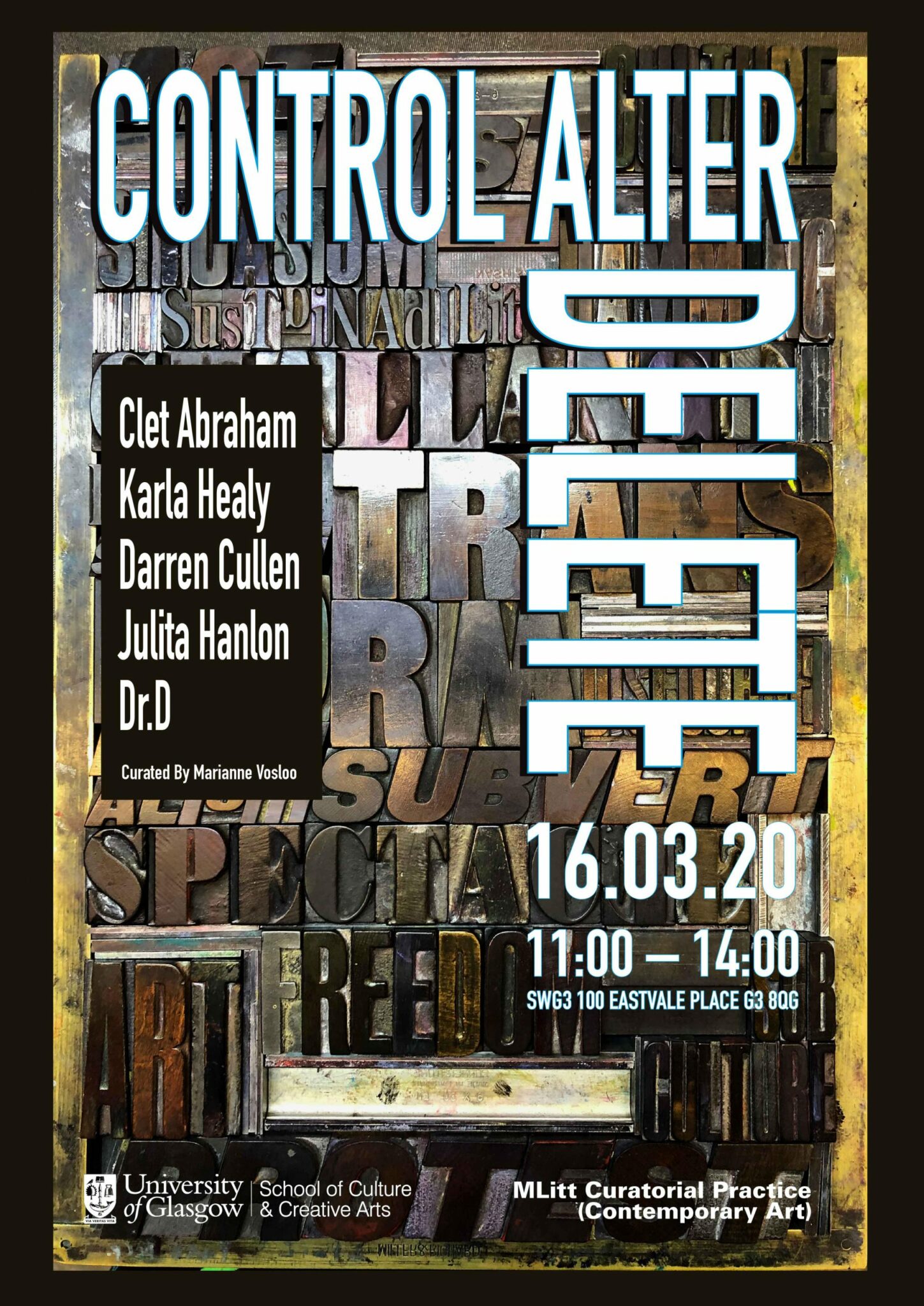 Semester 2 showcase of the overlapping subversive responses of 5 artists to surrounding structures of power, authority and influence on society. 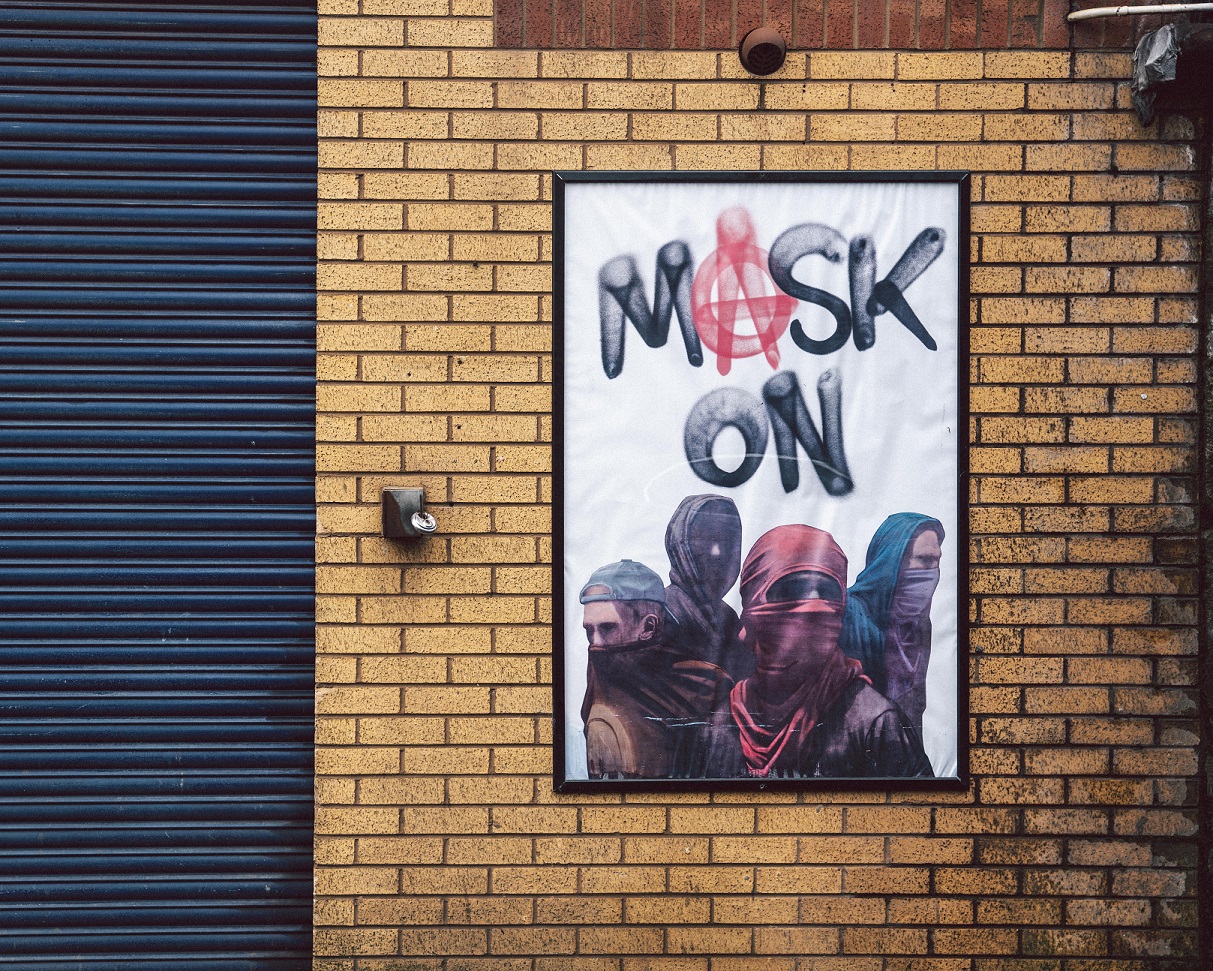 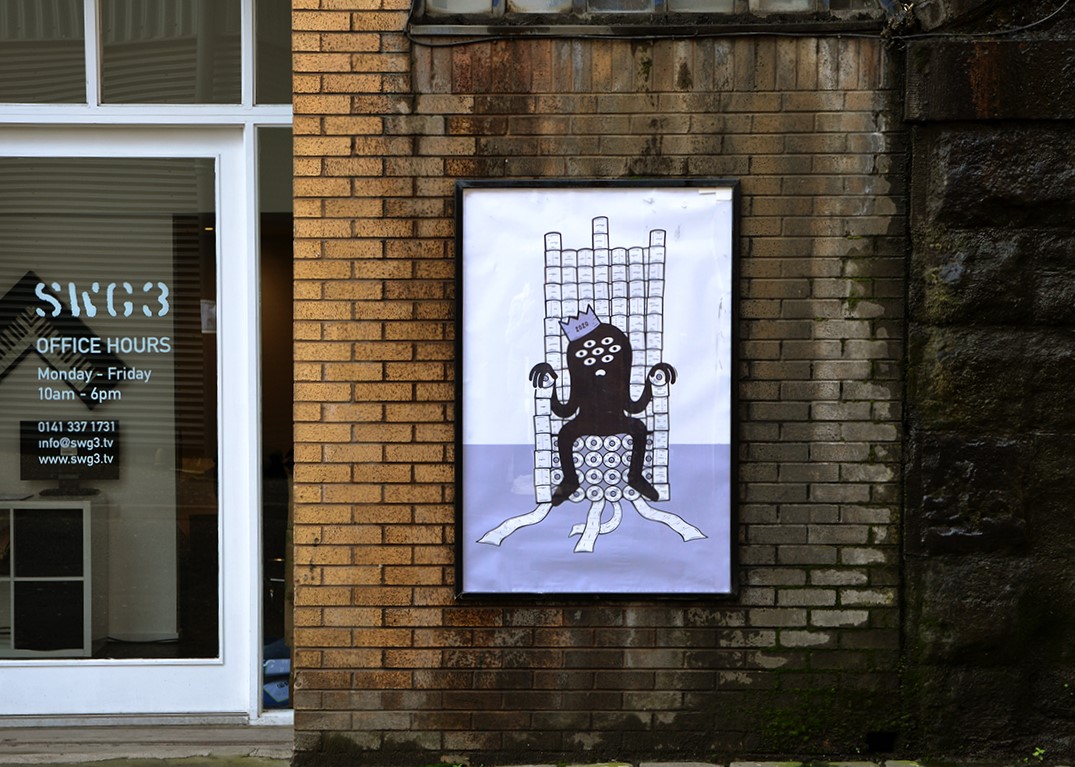 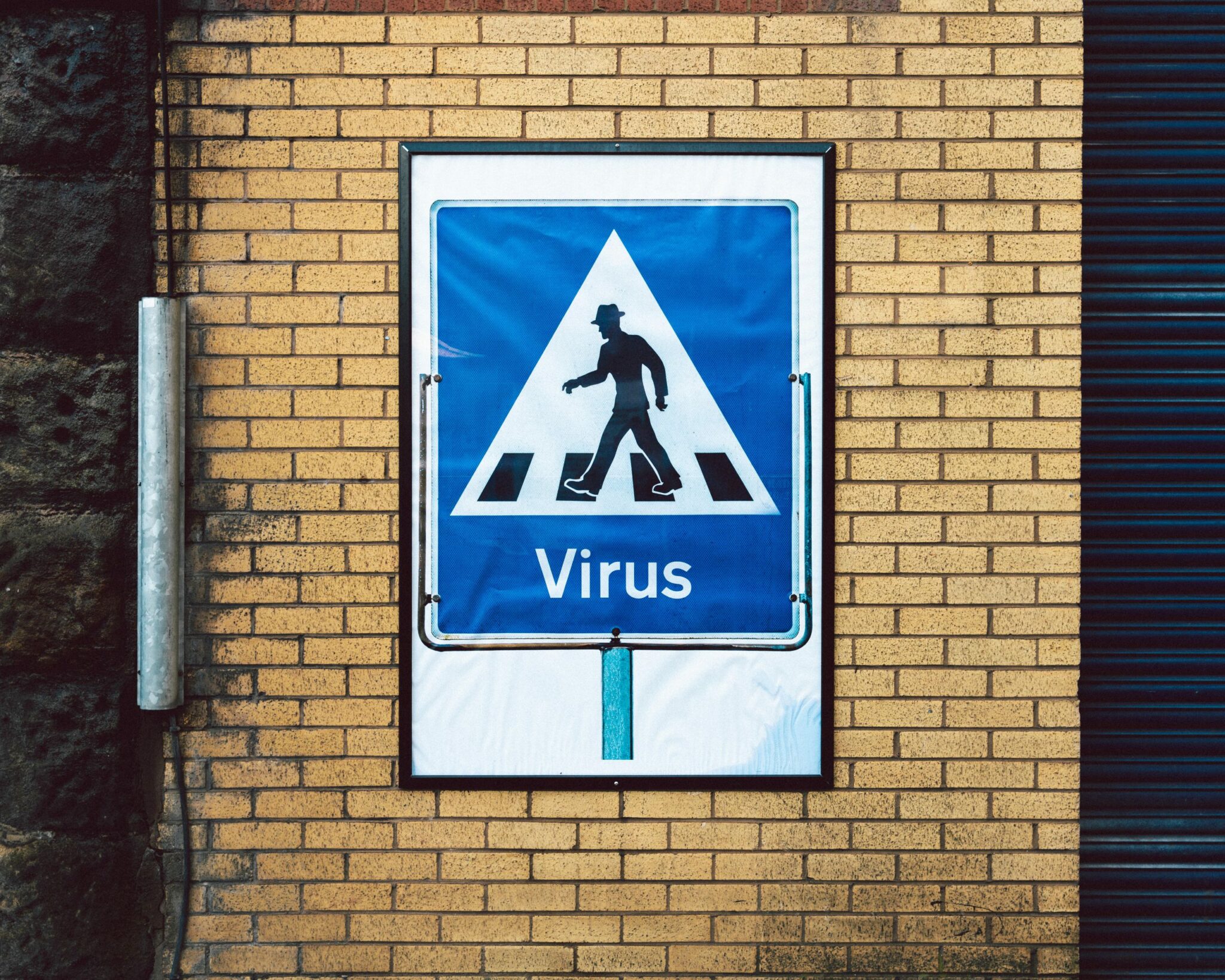 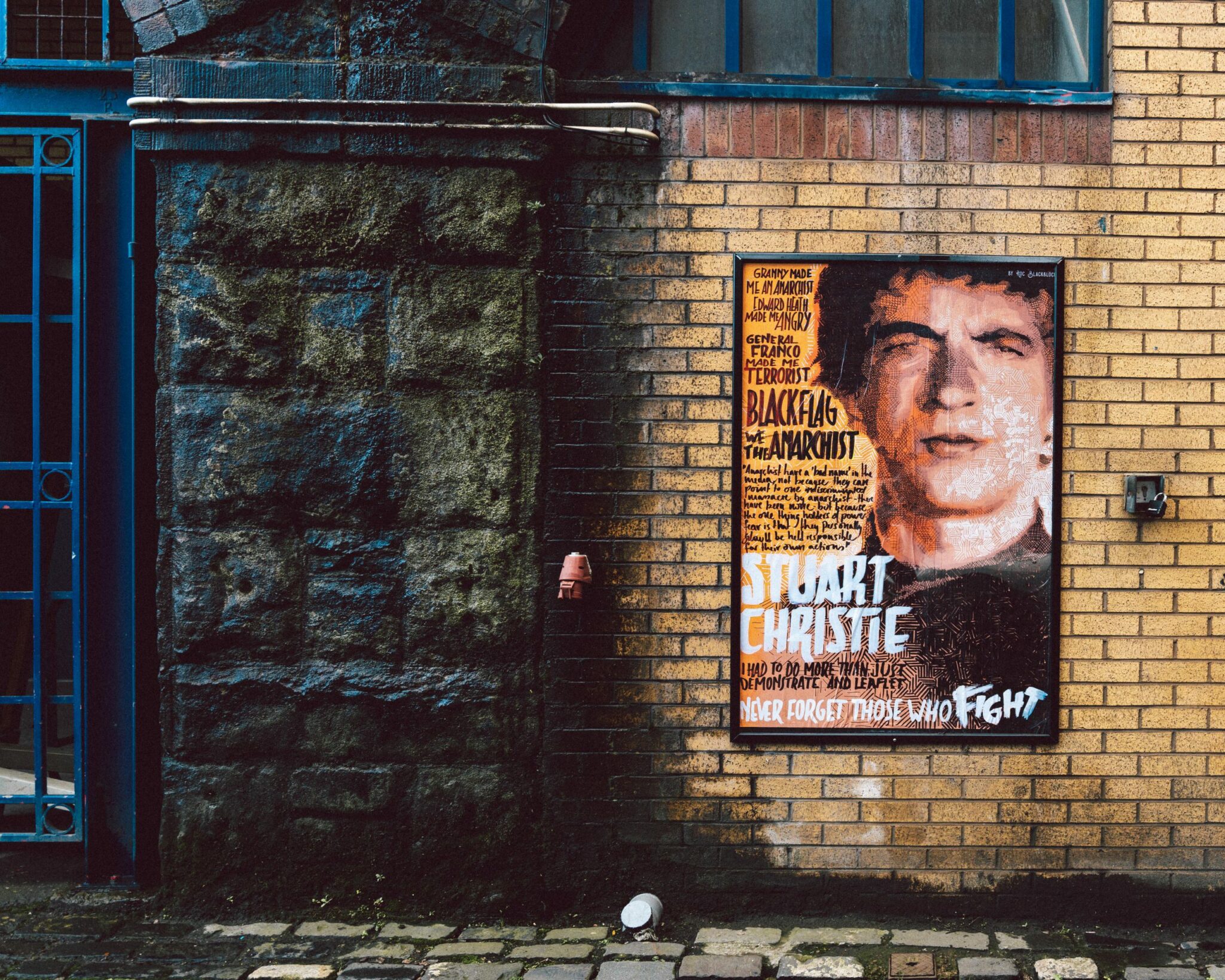 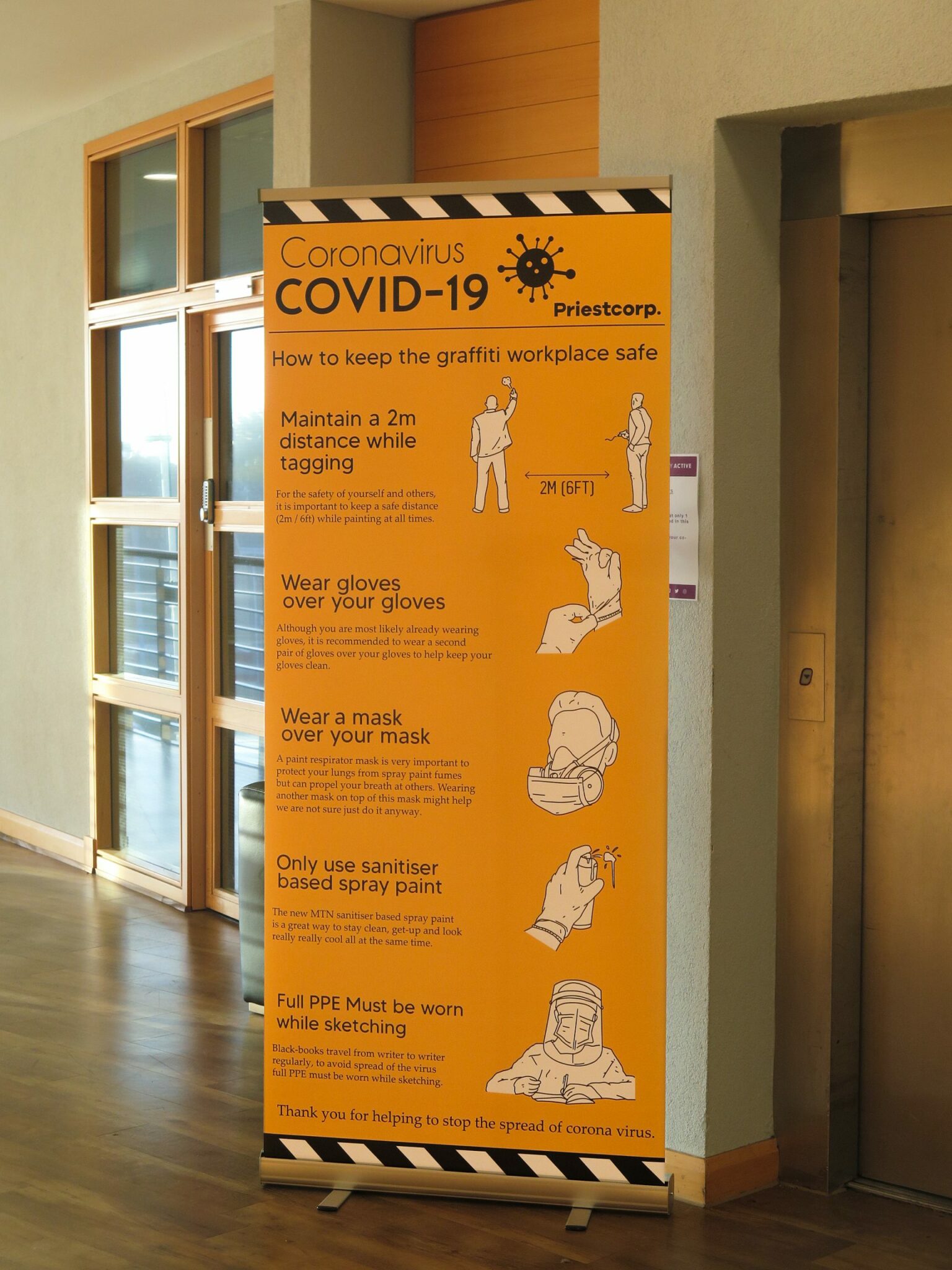 How to keep the workplace safe