How might hierarchy of urban form introduced into Glasgow’s gridiron diversify pedestrian movement and experience? is the question to the design project in Tradeston & Laurieston located across river Clyde in south-side of Glasgow city centre.

The non-hierarchical system gird has the overall similarity of sizes and visuals on most streets, which makes harder for pedestrians to perceive a sense of hierarchy and difficulties pedestrian movement.

In Consequence, the author believed a city without the sense of hierarchy of urban form reduces the diversified pedestrian experience.

Recognised by the street user, the quality of varied diverse experience of pedestrians because people remembering the image of identity of different places. Glasgow’s gridiron which is essentially a non- hierarchical urban pattern, lack of the hierarchy of urban form. Missing of the secondary and tertiary street, the city loss the opportunity to introduce more diversity in the street network.

The hierarchy allows for the great decision by the pedestrian when travelling from their location to destination. The variety of street types have corresponding building typology that enclosed the space between buildings.

This design project aims to investigate how pedestrian movement between two neighbouring districts of Tradeston and Laurieston in Glasgow has been affected by an existing grid-iron morphology.

The project introduces a hierarchy of urban form including central square with primary public buildings; primary streets, mid-block lanes to plays as shared space and building variety at the scale of the block into the Glasgow grid-iron system.

Reflection on the success of the design project will allow conclusions on the applicability of a similar method to the understanding and transformation of other locations of under-performing gridiron morphologies. 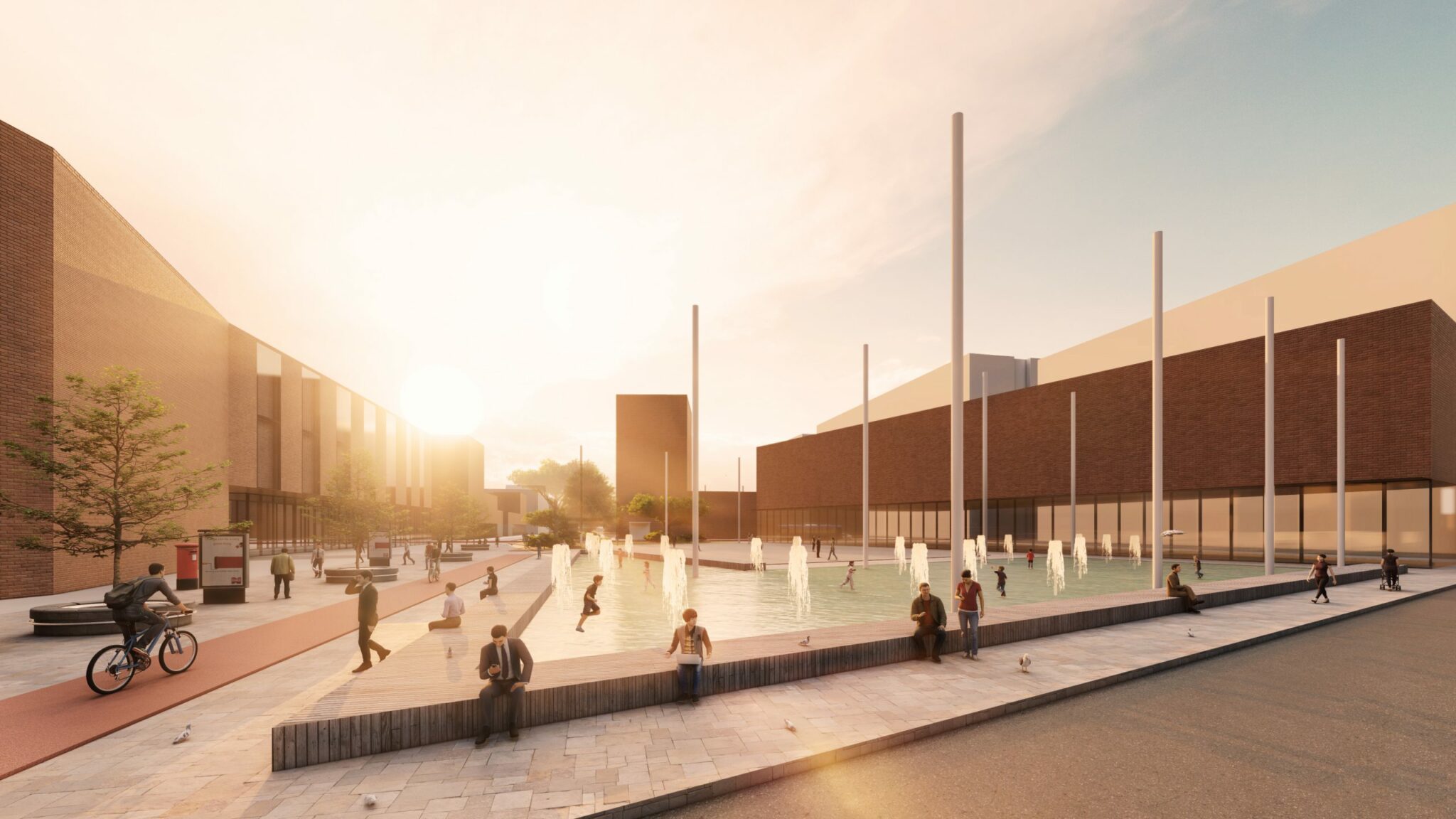 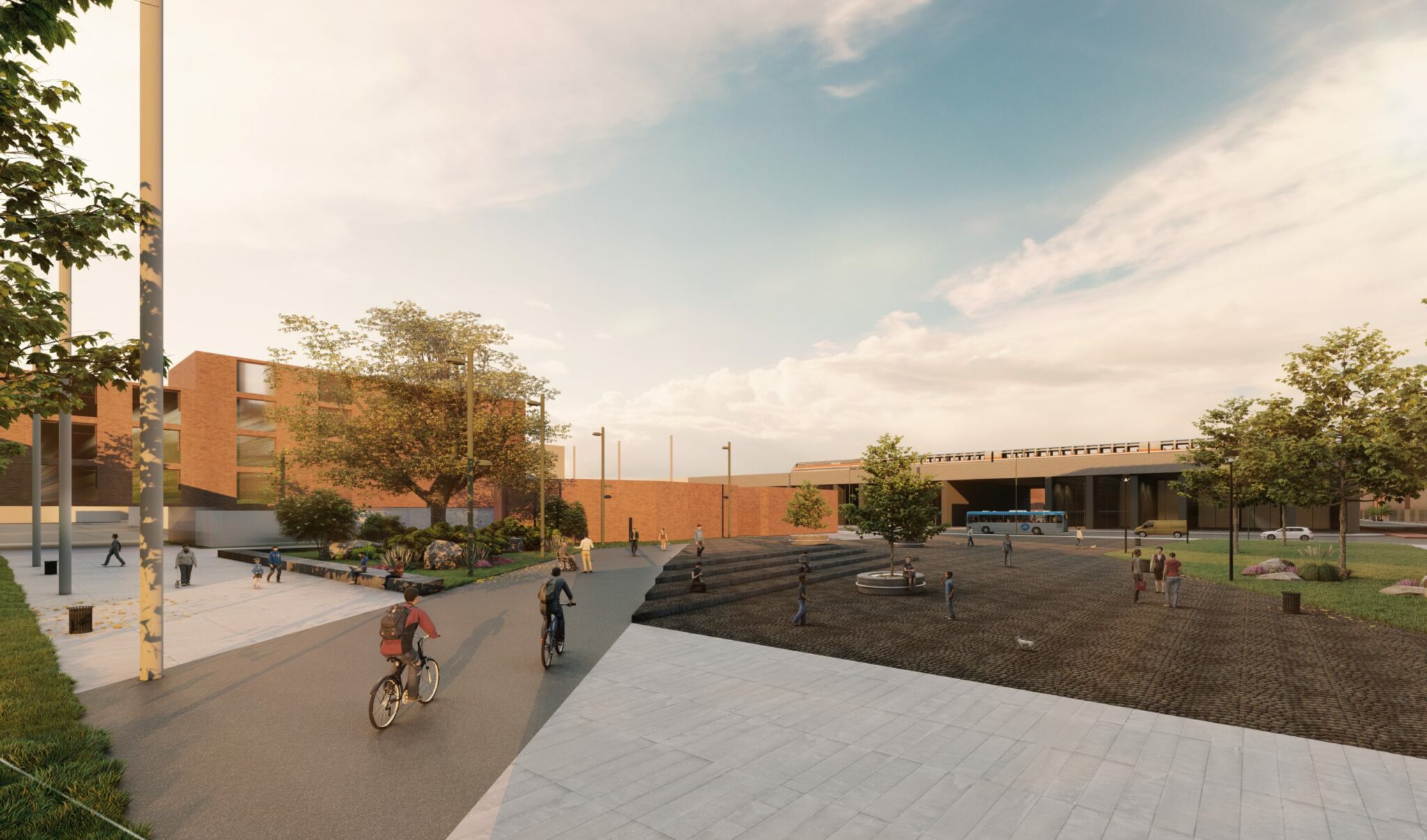 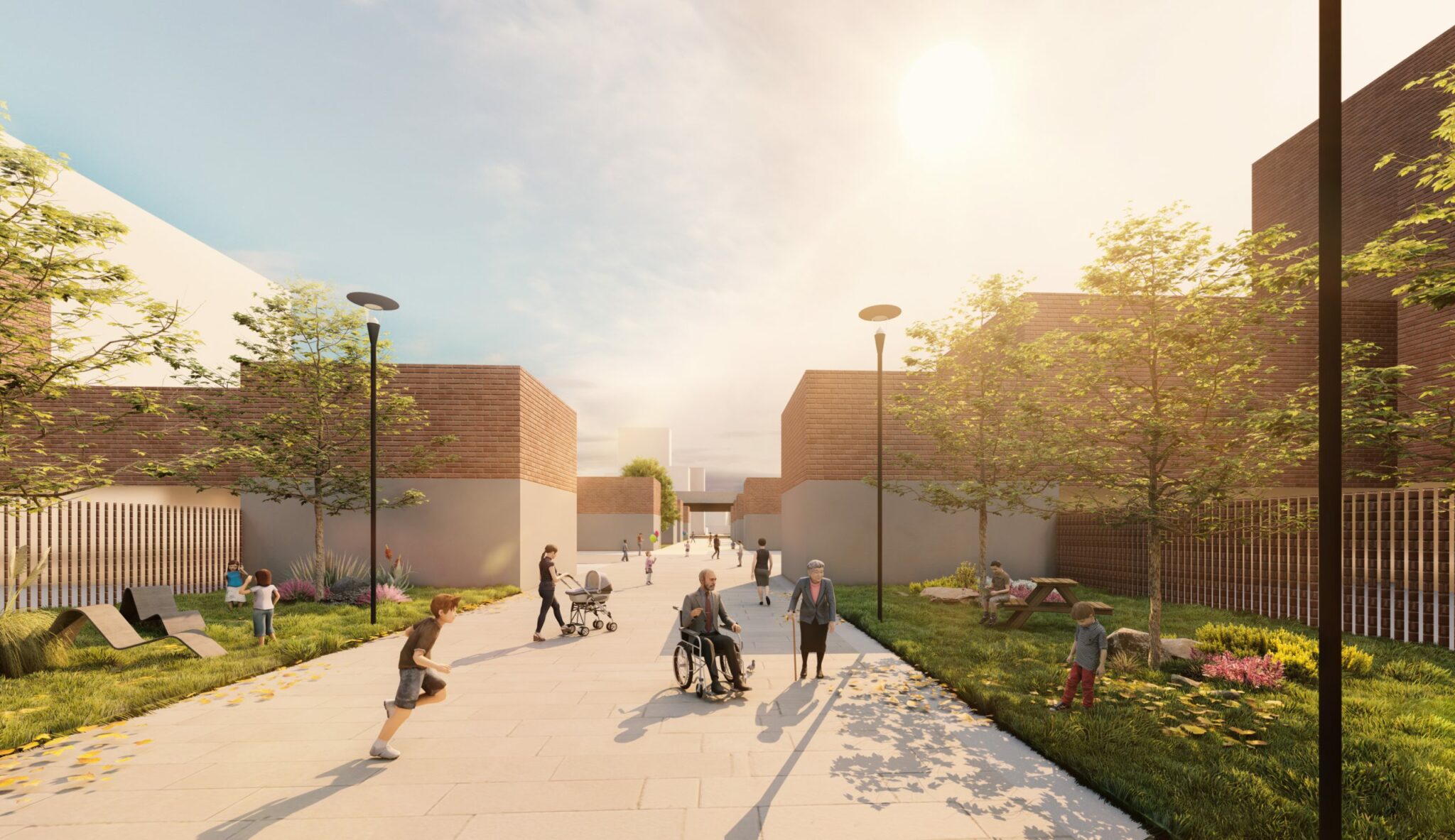 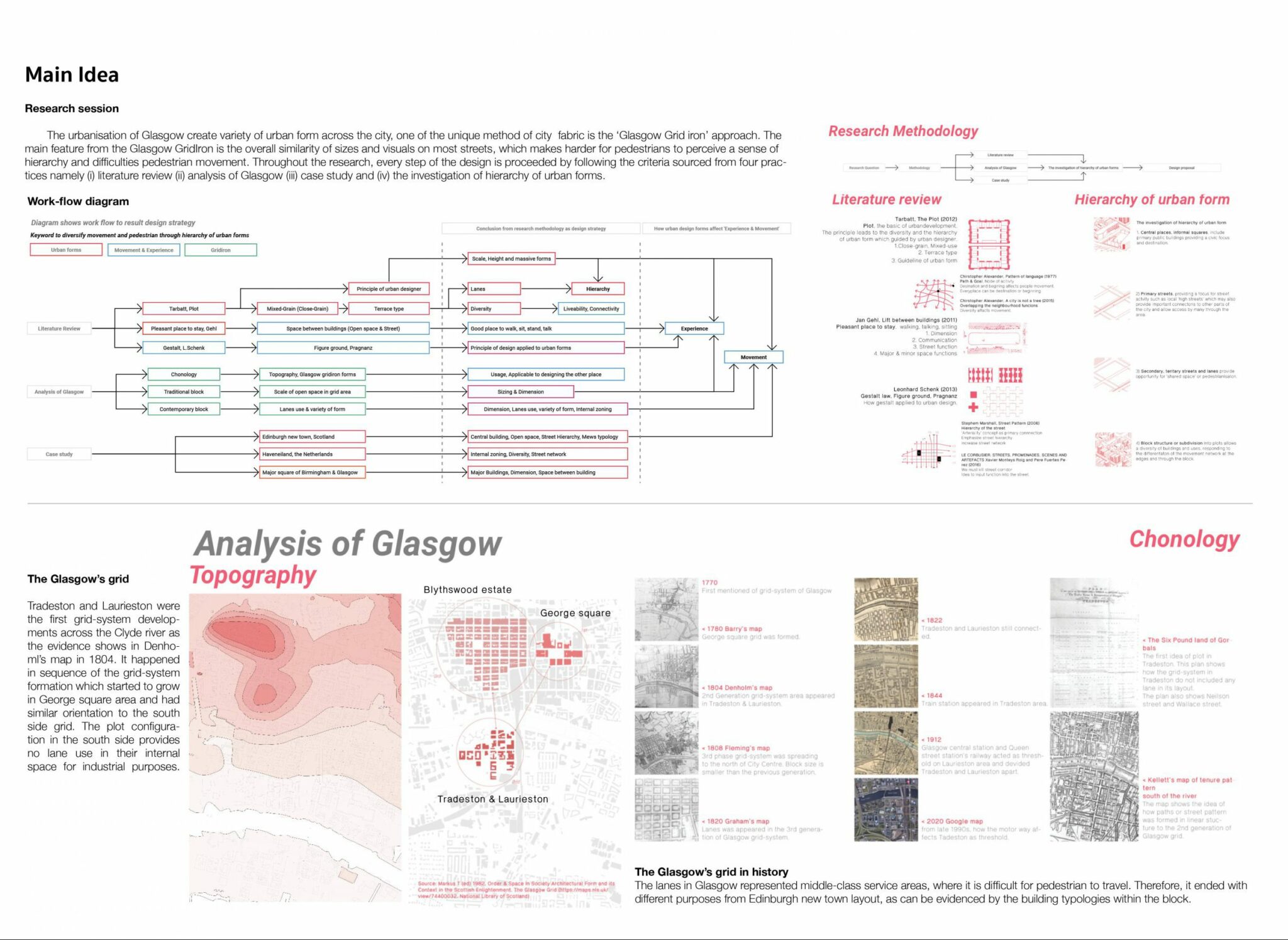 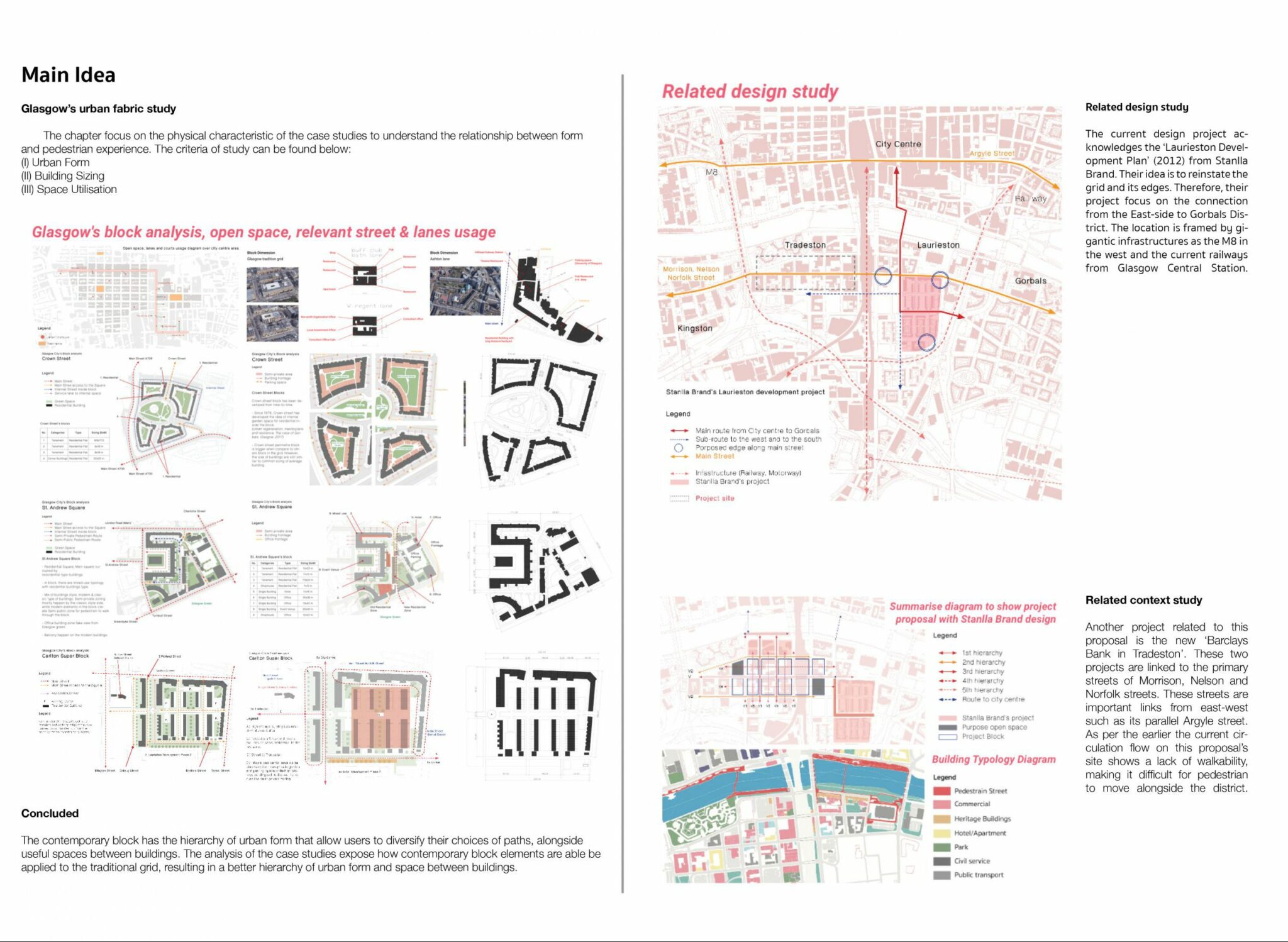 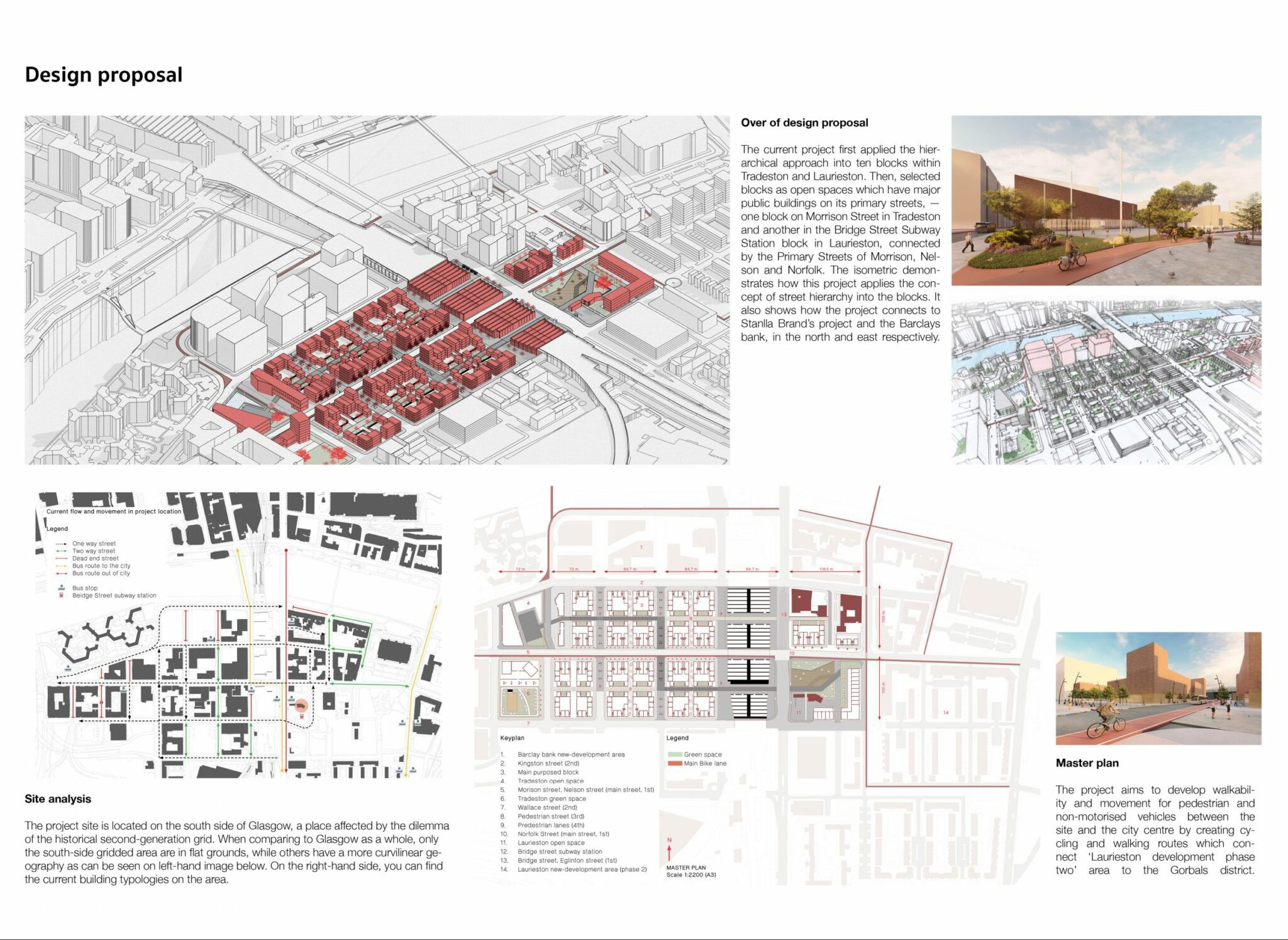 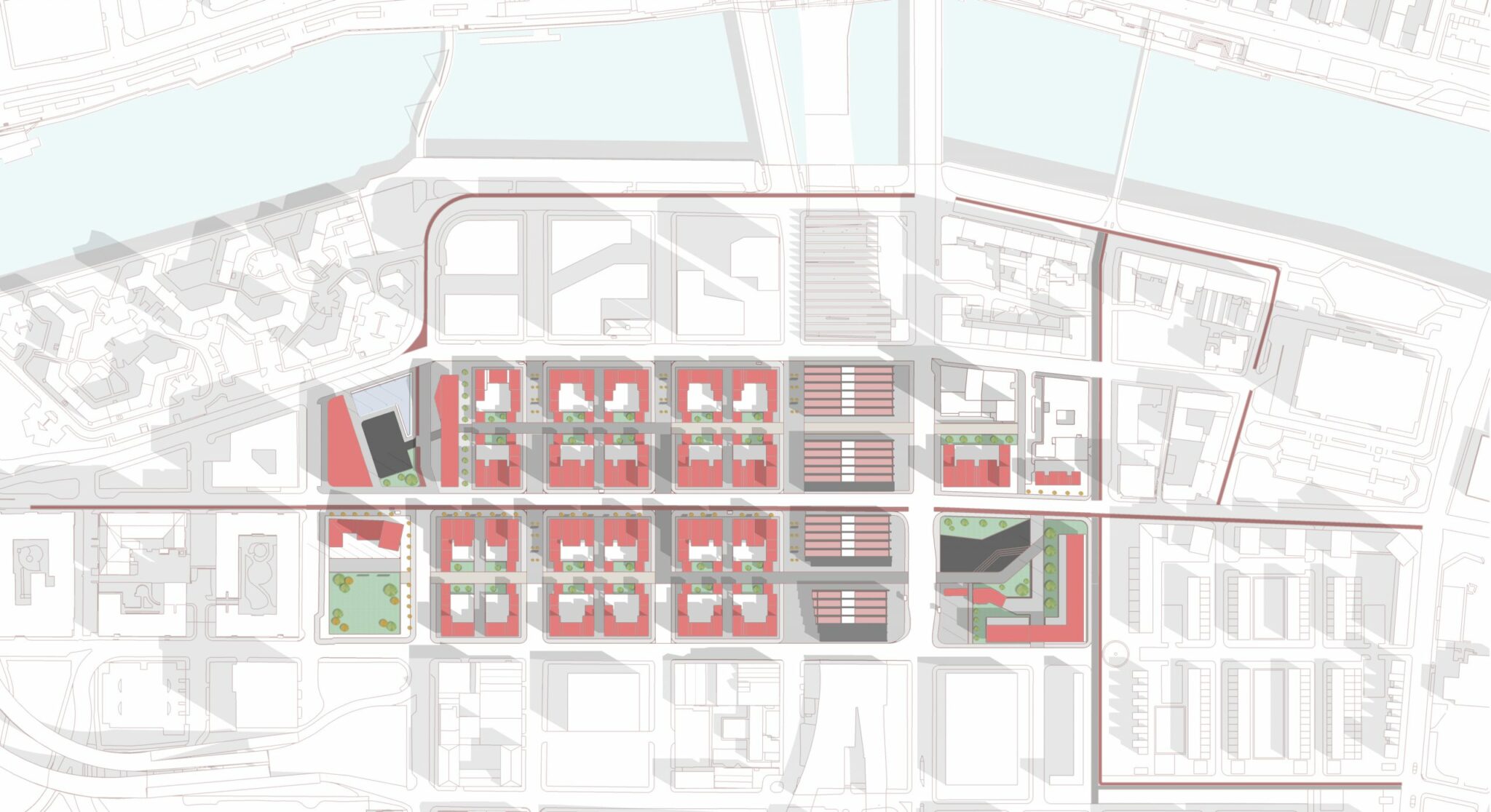 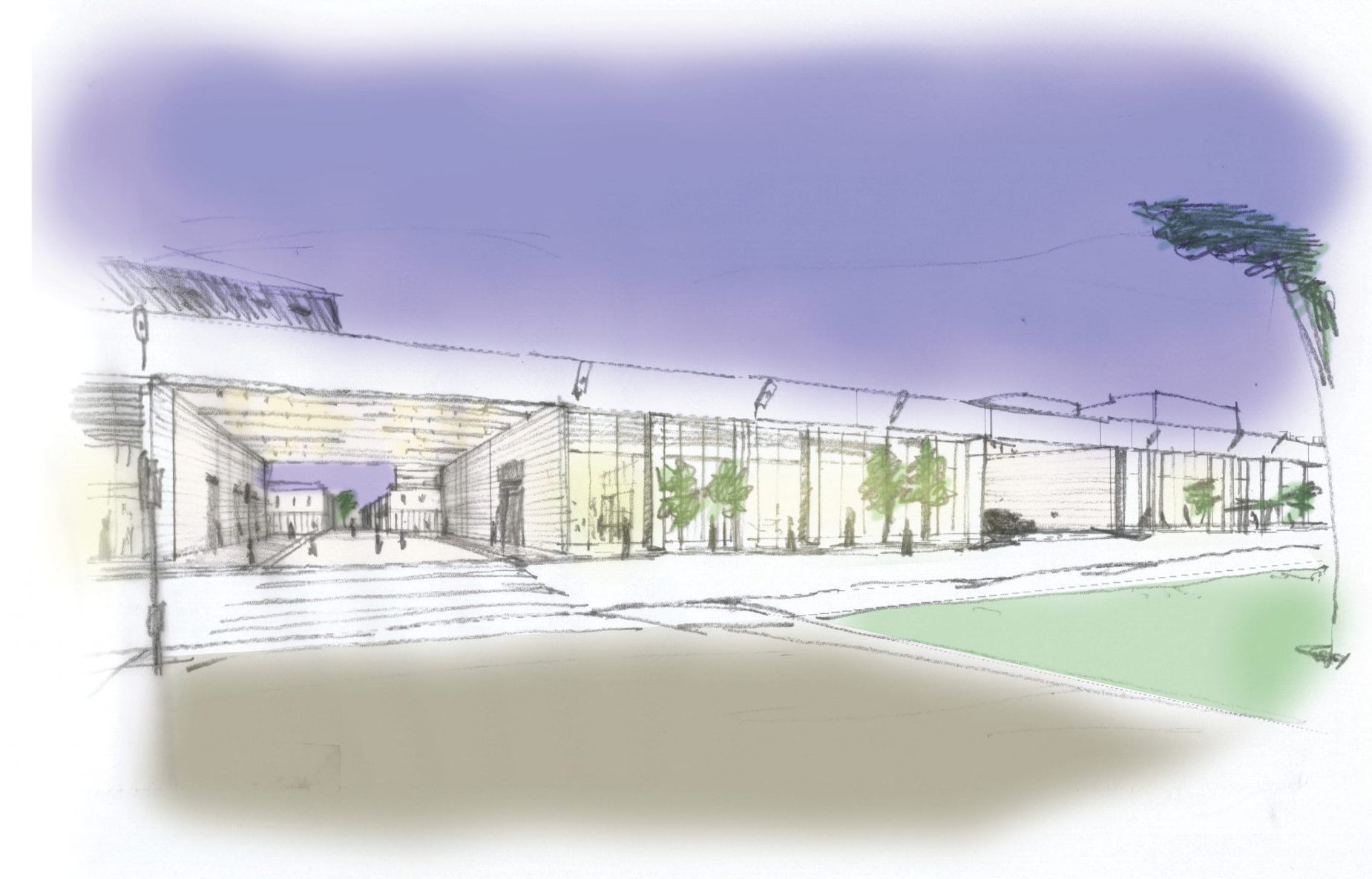 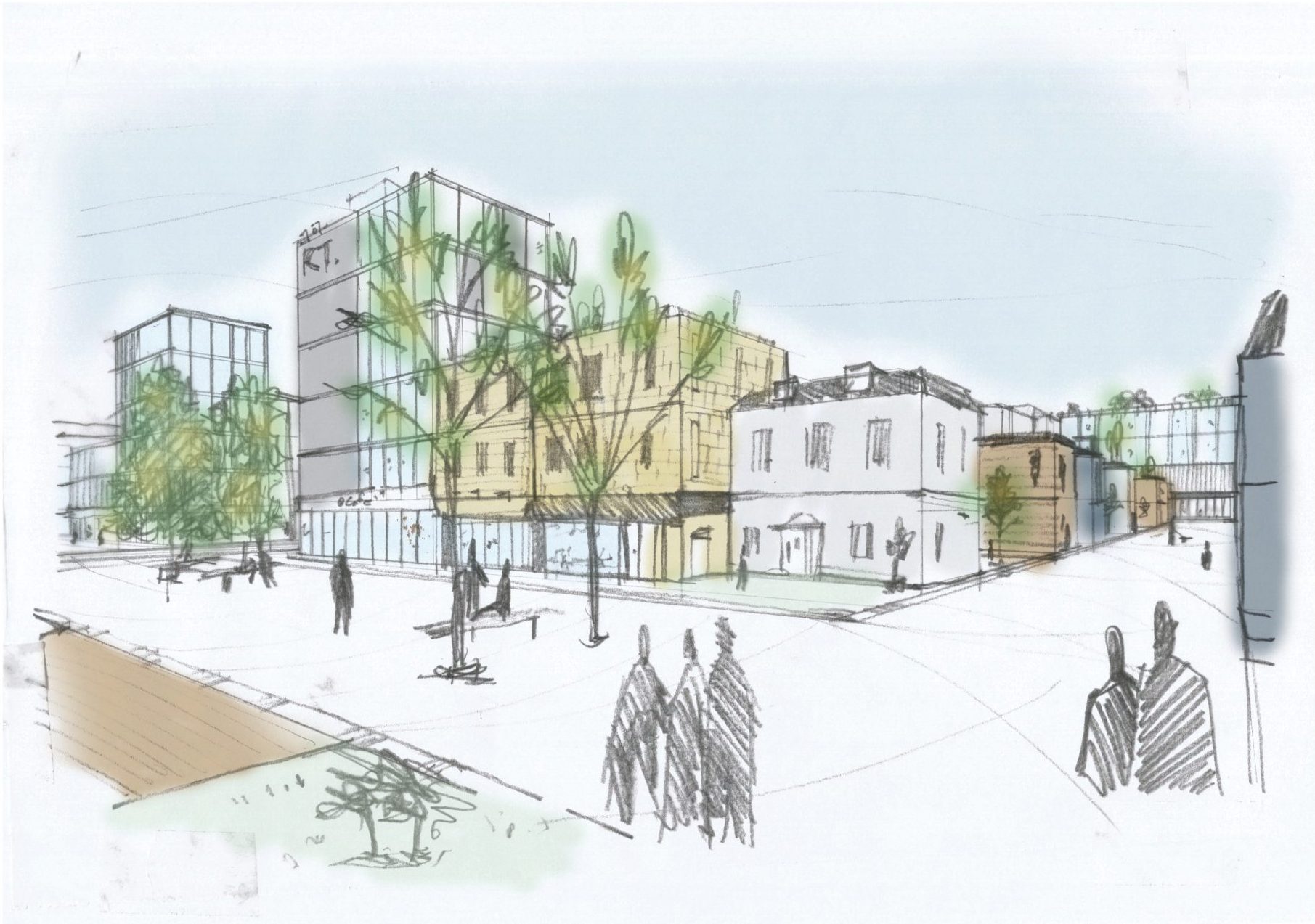