Revealing Peripheral Space: An analysis through drawing of threshold spaces  across the buildings of the Maiden Lane Estate

The goal of this research project was to explore the threshold spaces within housing which are peripheral to the dwelling spaces themselves. The analysis is focused particularly on public housing, or council housing, in London. This analysis was undertaken as a series of drawings which isolate these peripheral spaces across several development stages of the Maiden Lane estate in London. By abstracting these spaces from the housing blocks the aim was to reveal the various types of threshold spaces present and their arrangement across the different development phases.

Each phase of the development has been categorised by the house or block typology. The block have then been drawn in plan, isolating only the peripheral spaces and layered across different storeys. These plans have formed the templates to produce a set of axonometric drawings, coloured coded to show the various types of threshold space, along a scale of public to private. These drawing highlight the differences in spatial design across the different phases of the development. The resulting drawings provide a comparative study of the earlier and later phases of the project. Shown here is a selection from the complete set of drawings. The accompanying design report can be found via the link below. 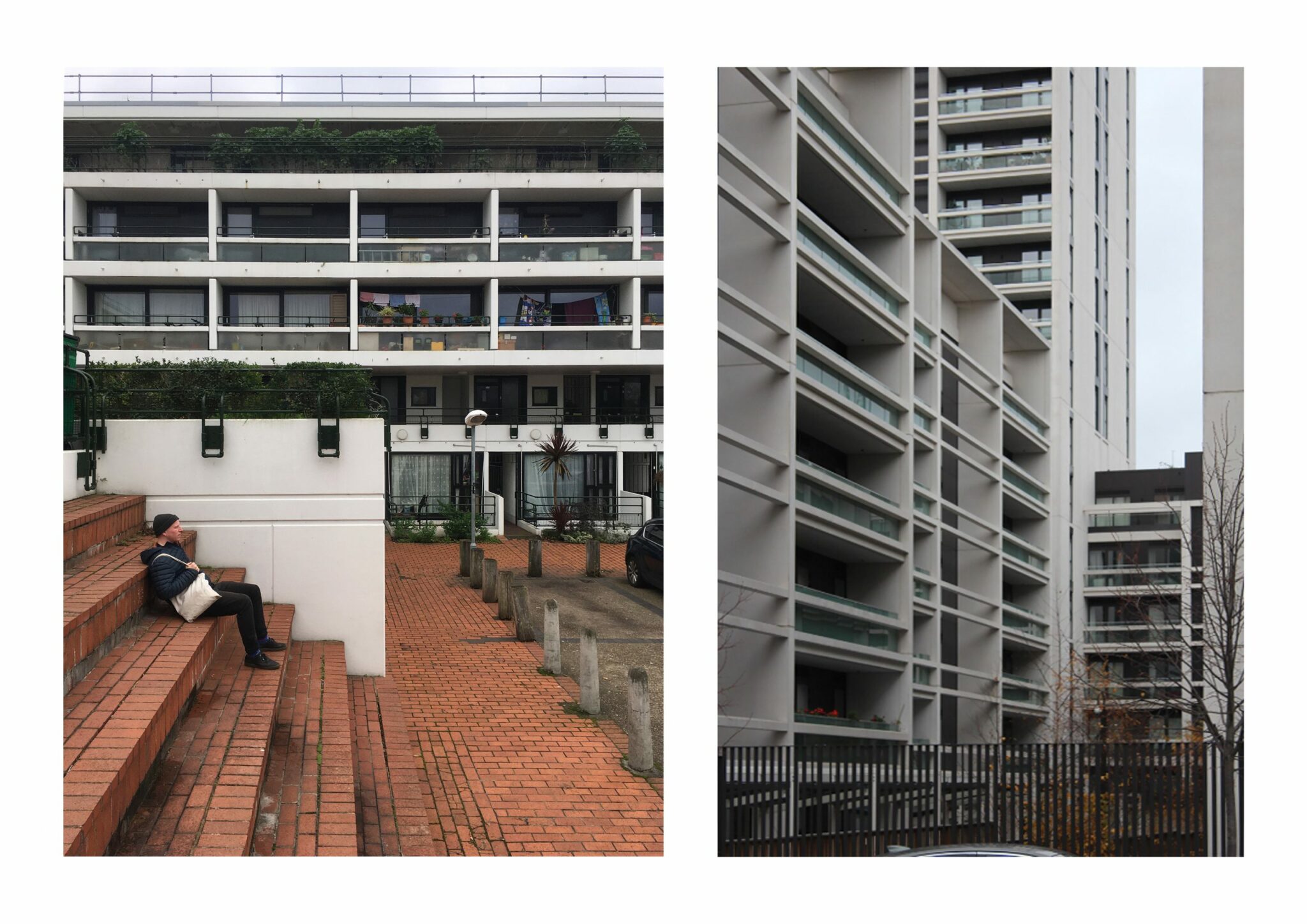 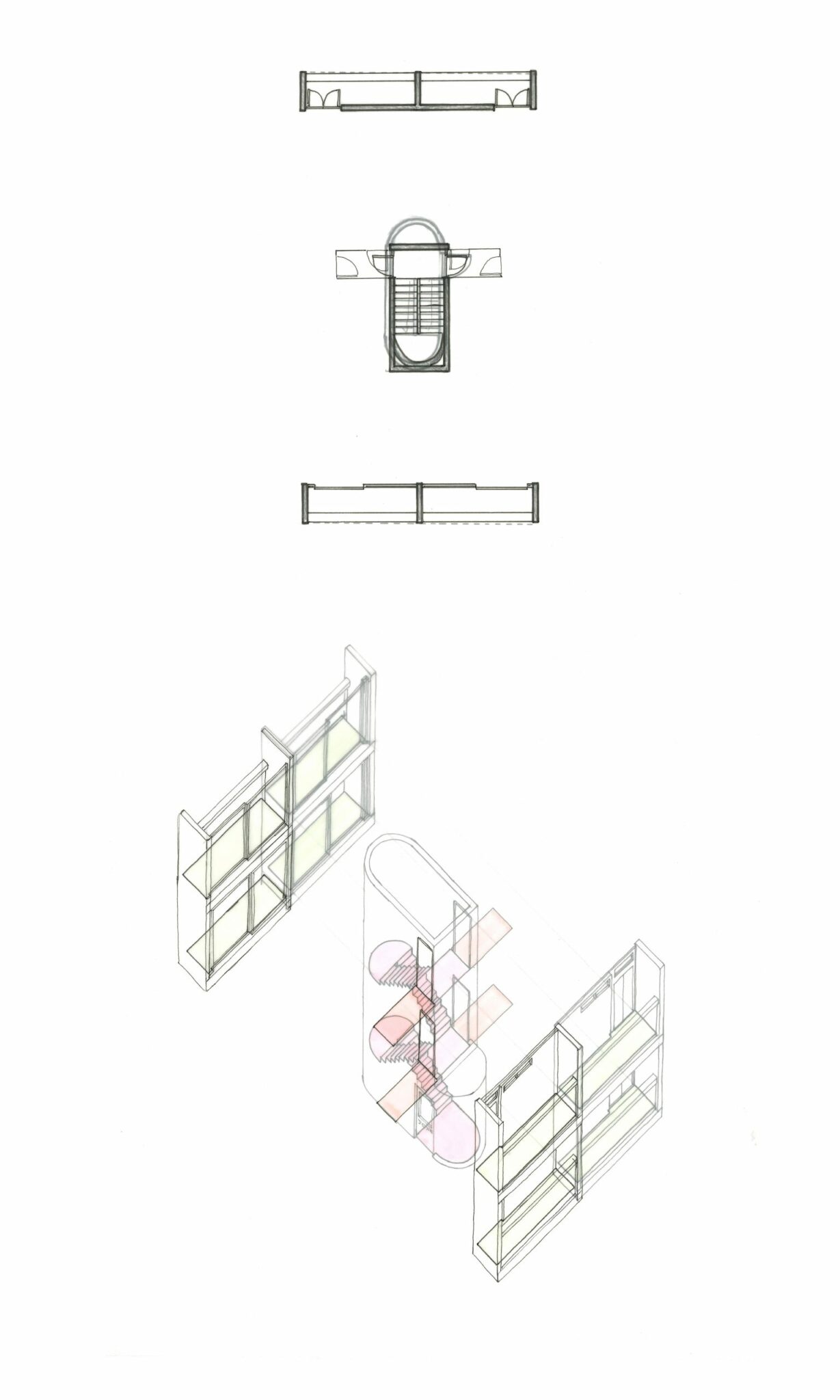 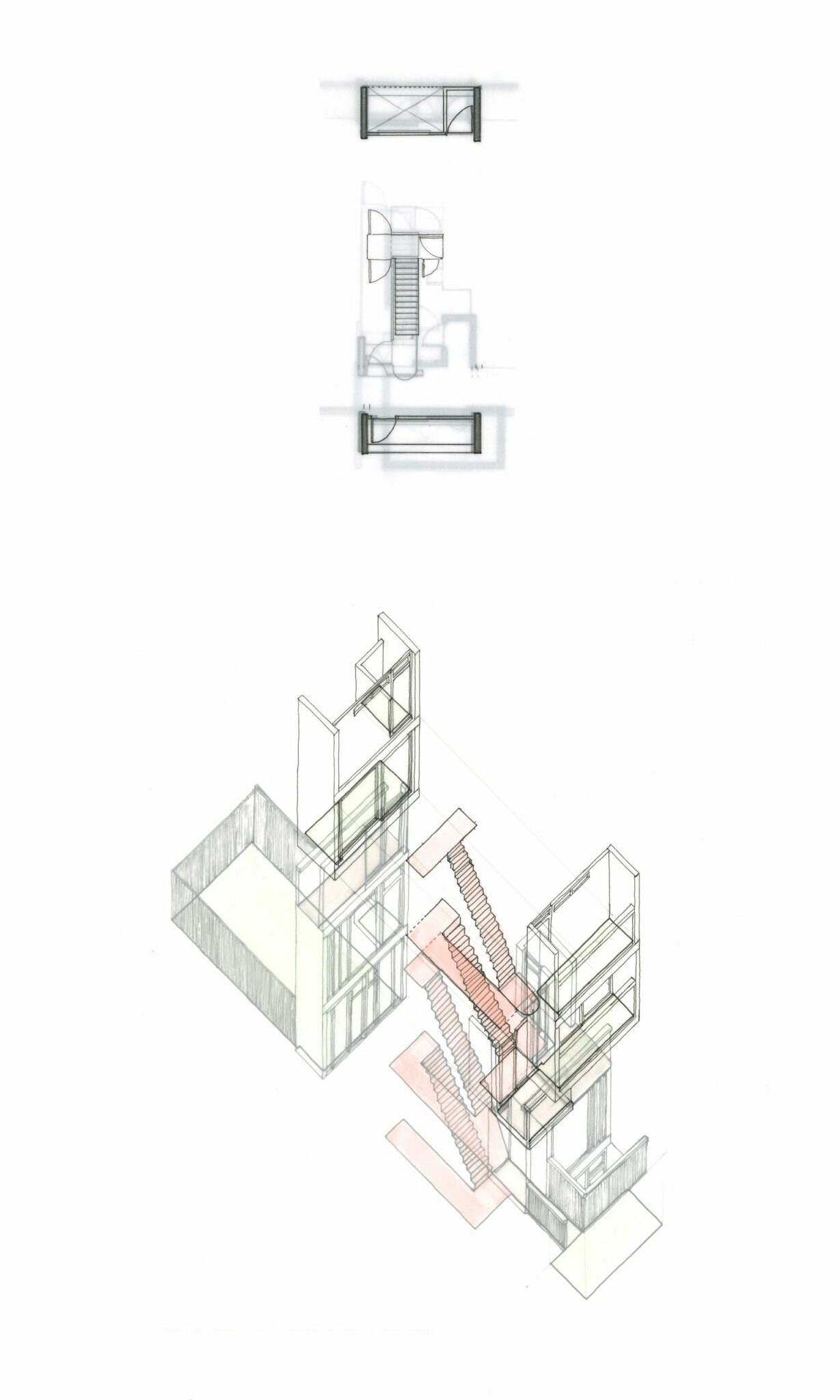 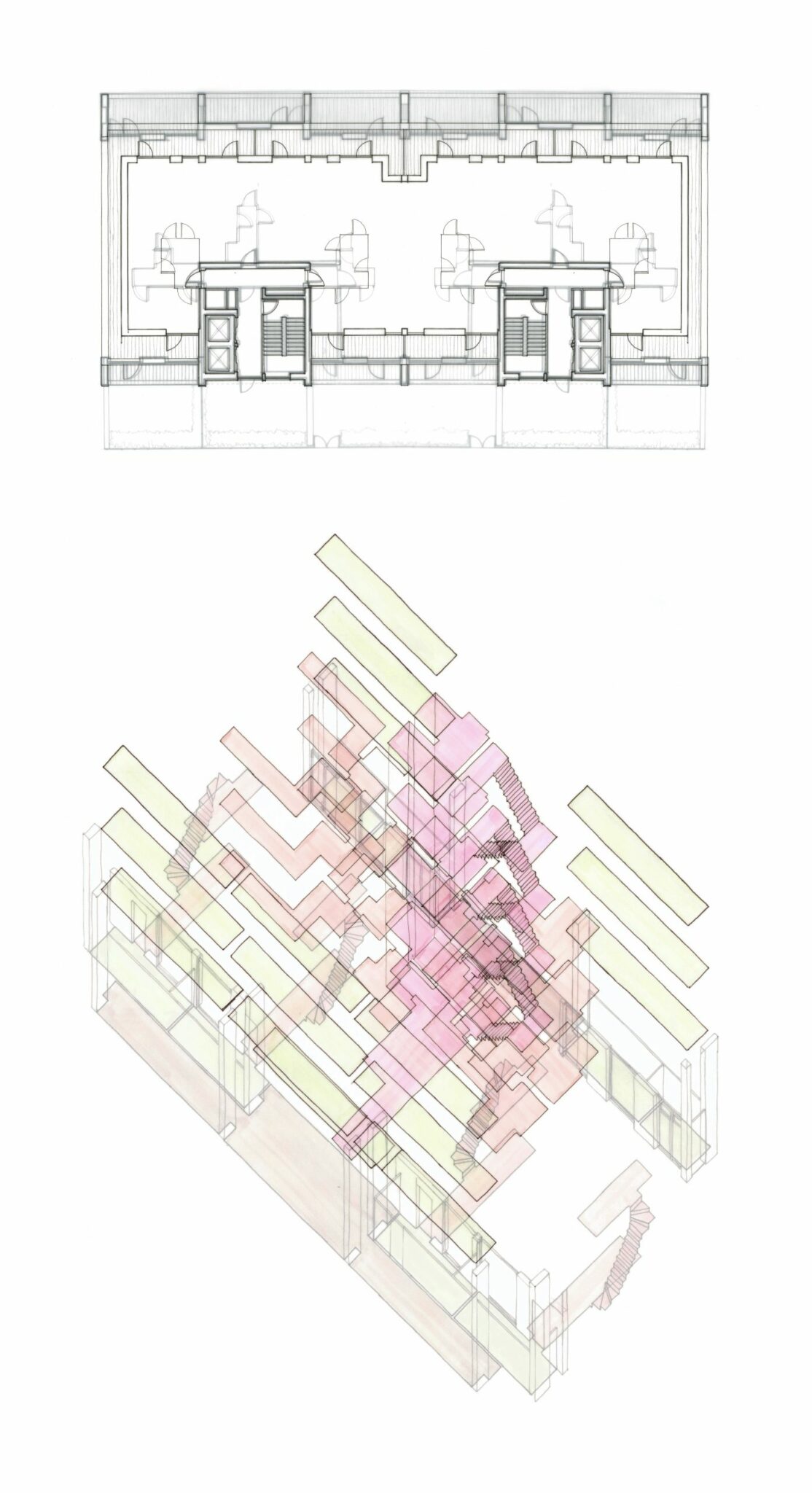