The Land With No Name

Since the beginning of the coronavirus pandemic and the resulting lockdowns, I have taken refuge in the childhood home of my late mother in Phoenix, Arizona. This place has provided me an opportunity to engage with the unusual landscape of the Sonoran Desert, which has proven to be a unique site as I continue to generate related works to what had begun at the GSA. In addition, I have been frequenting an art sanctuary called The Land With No Name which is located in the high desert grasslands of occupied Tohono O’odham ancestral lands. By day I encounter the intensity of the desert heat and sun, exacerbated by the high elevation. By night I sleep in a converted shipping container, all without running water, electricity, or cell service. It is one of the most mysterious and ethereal landscapes I have ever had the opportunity to witness and be engaged by.

My deepening encounter of this place is informed by the memory of my mother’s words about the desert, and a desire to honour her through my work in her land. During my time in this desert, I have developed a certain sensibility by studying the light phenomenon, arid vegetation, and the earth’s contours. These elements are all enveloped within a sky in conversation with the earth through the sound of its wind. The winds continuously shape and shift the land, signalling a connection between the visual and the felt experiences of the desert. This has led to a process of exploration in the “capturing” of wind in conversation with land, as measured through the form of light.

In listening to the wind, people throughout the ages have reached to hear the voice and breath of God to point or guide them in certain directions. People speak of going where the wind takes us, to succumb to the will and power of the forces of the greater universe, and to honour and respect its origin. In its physicality, wind originates from earth herself, a voice of Mother Nature, a wellspring from the Motherland. I like to think of this as an ephemeral presentation of a guiding force, not dissimilar to the voice of a nurturing parent. As I sit in the realities of both global and personal loss, I believe there is access to an ancient knowledge in the gesture of visually capturing something that is both powerful and fleeting, an attempt to transcribe the invisible and intelligible conversations between the heavens and the earth.

By walking along the growing patterns of flora on the contours of the desert ridge lines, I have observed how the wind paints the landscape through its almost purposeful dispersion of seeds; living responses of this landscape to the gestures of the wind. My experiments to denote these gestures with light have articulated themselves through the forms of sails, ham radio towers of rust and stone, cast nets, stones that reflect and emanate light, and other forms of light instruments. Brought together, these creations are intended to coalesce into a visual temple to the wind, where I might send wind up in the signal of light. 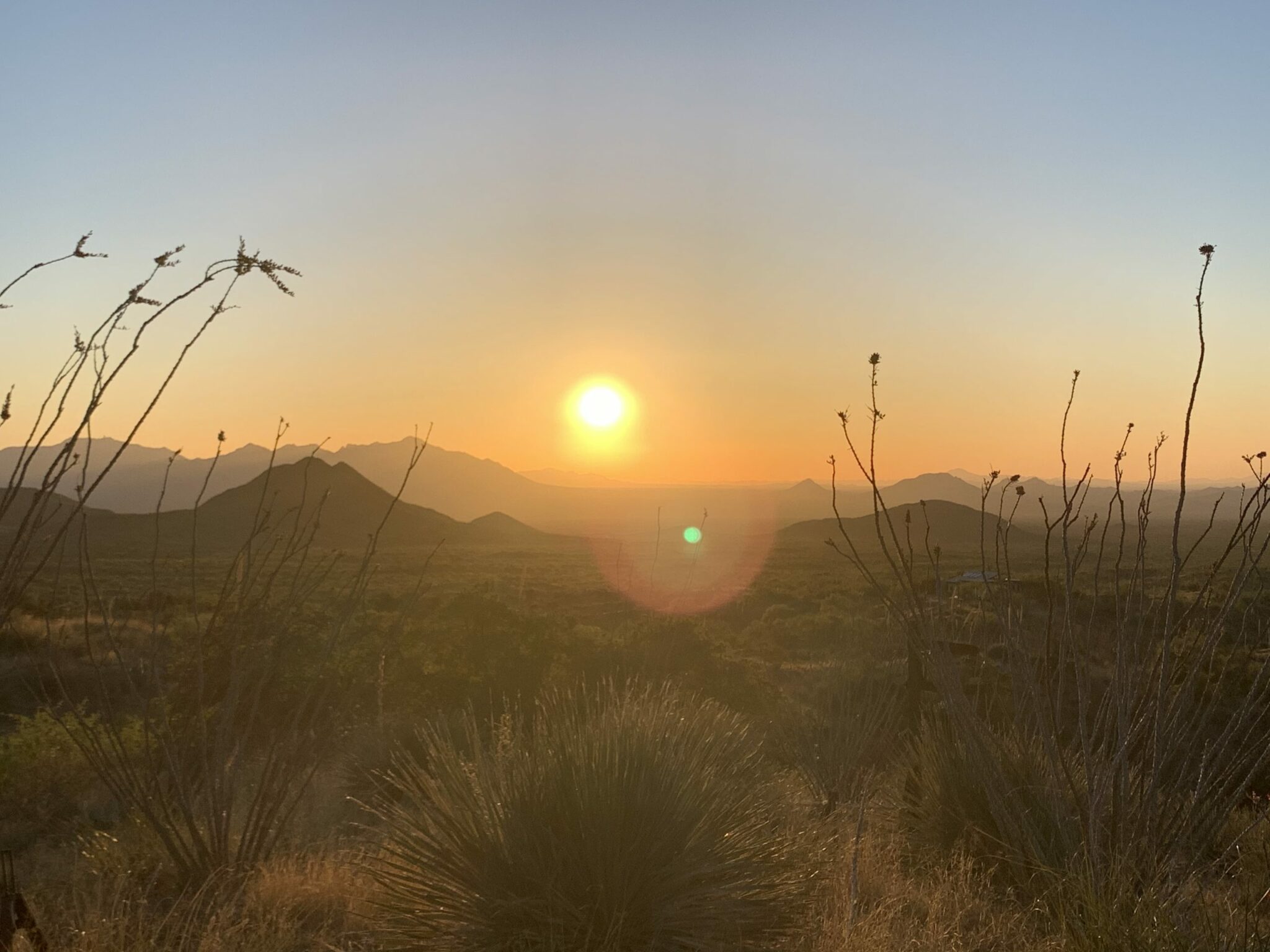 The Land With No Name 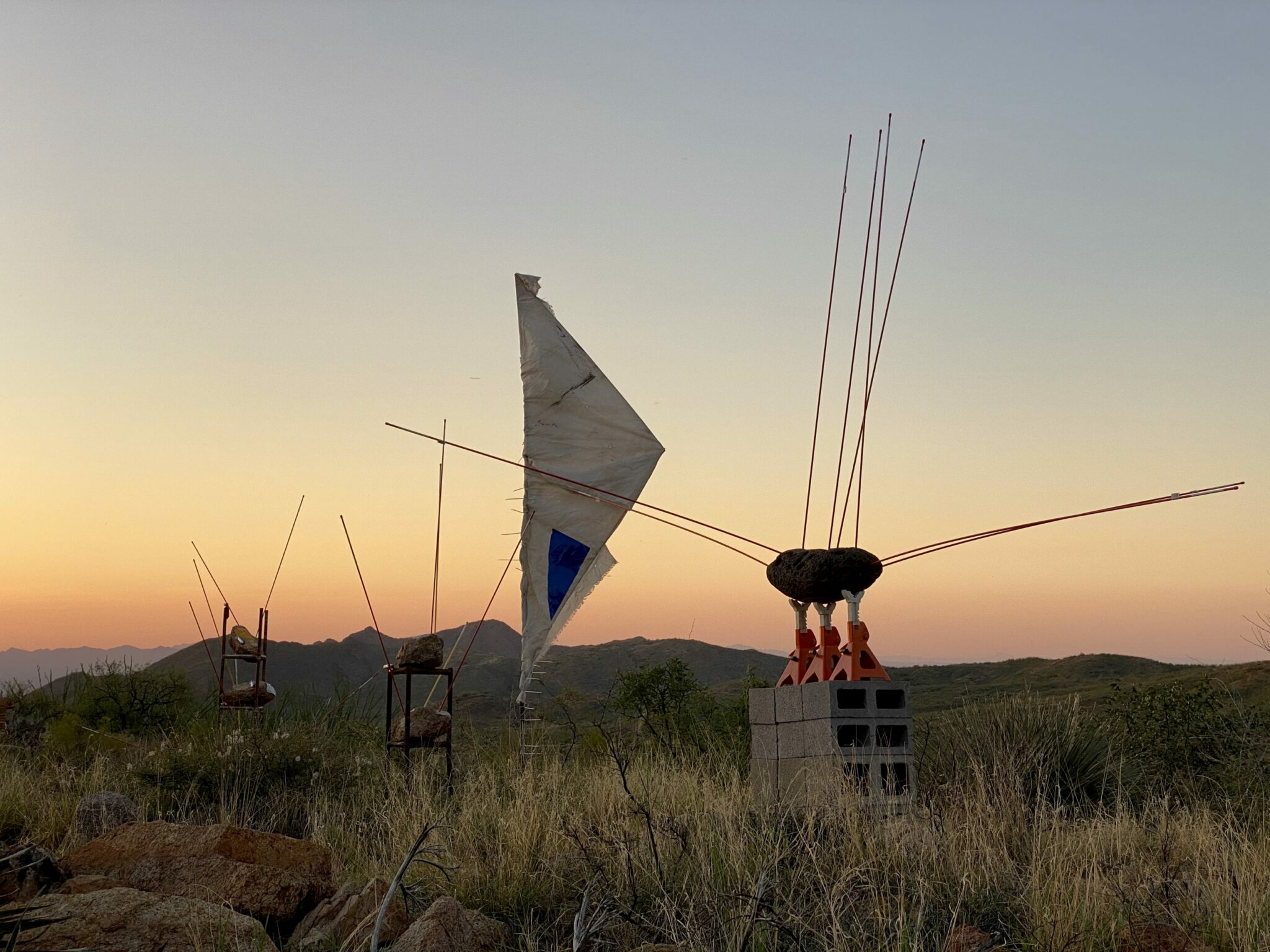 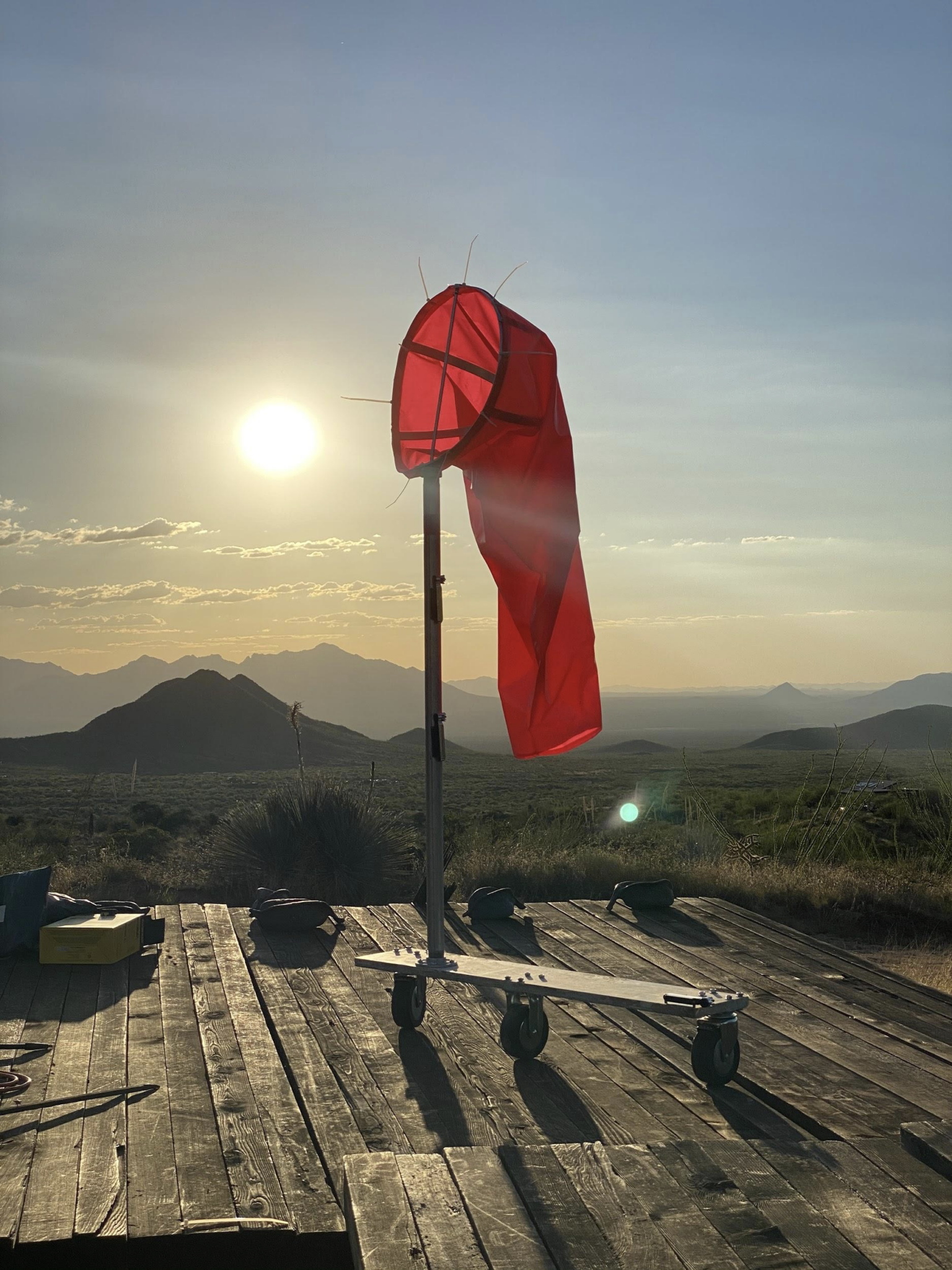 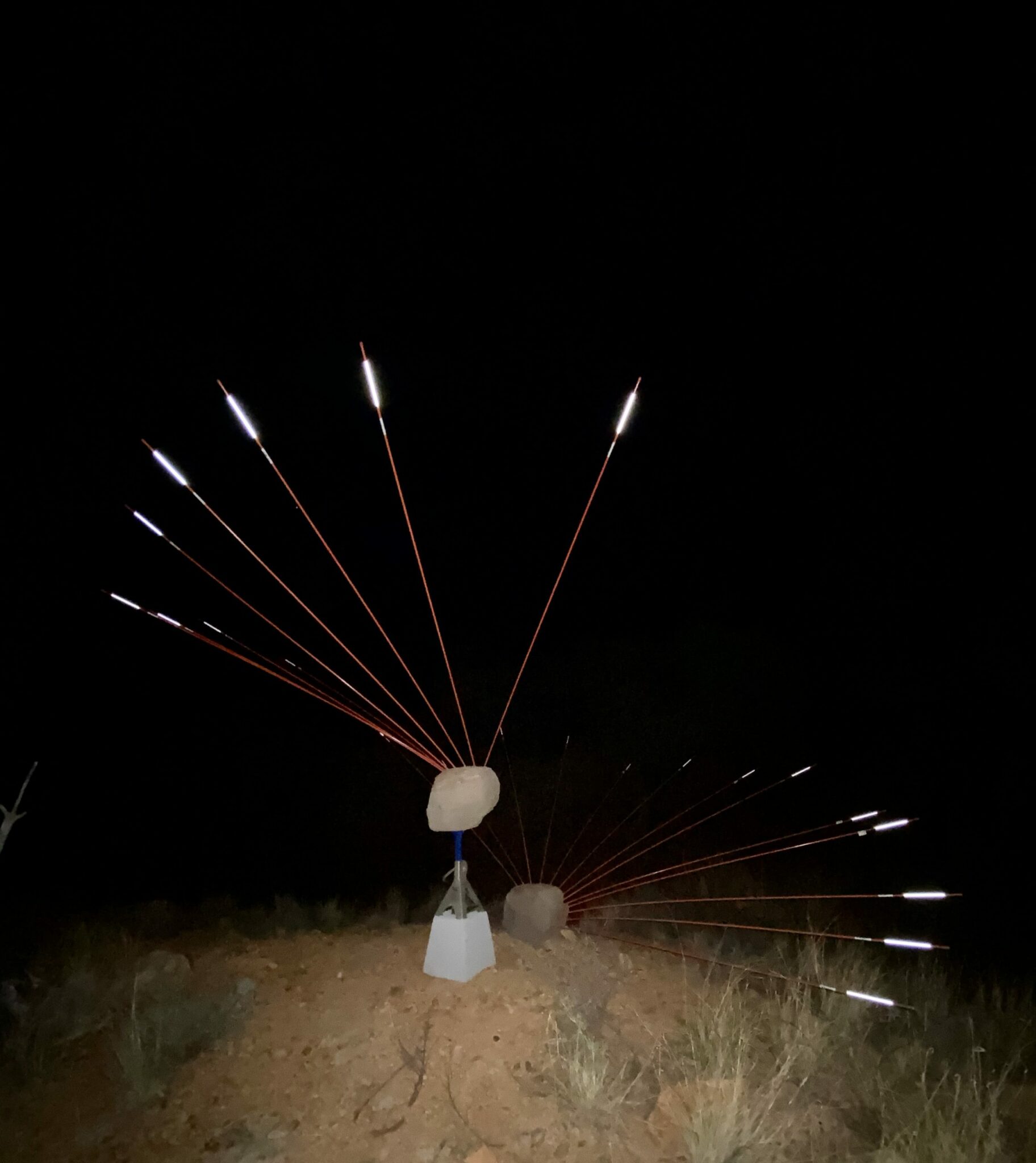 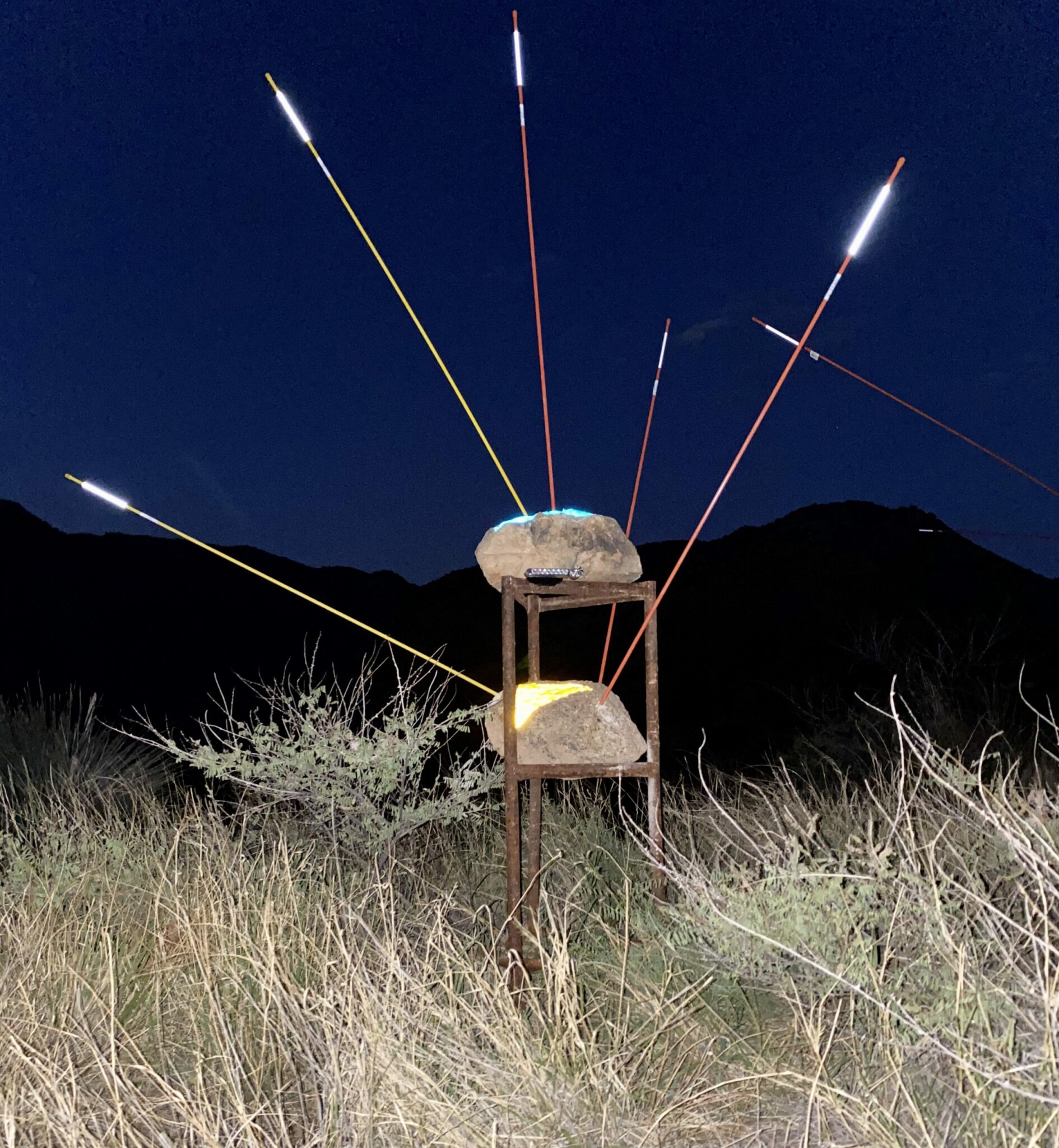 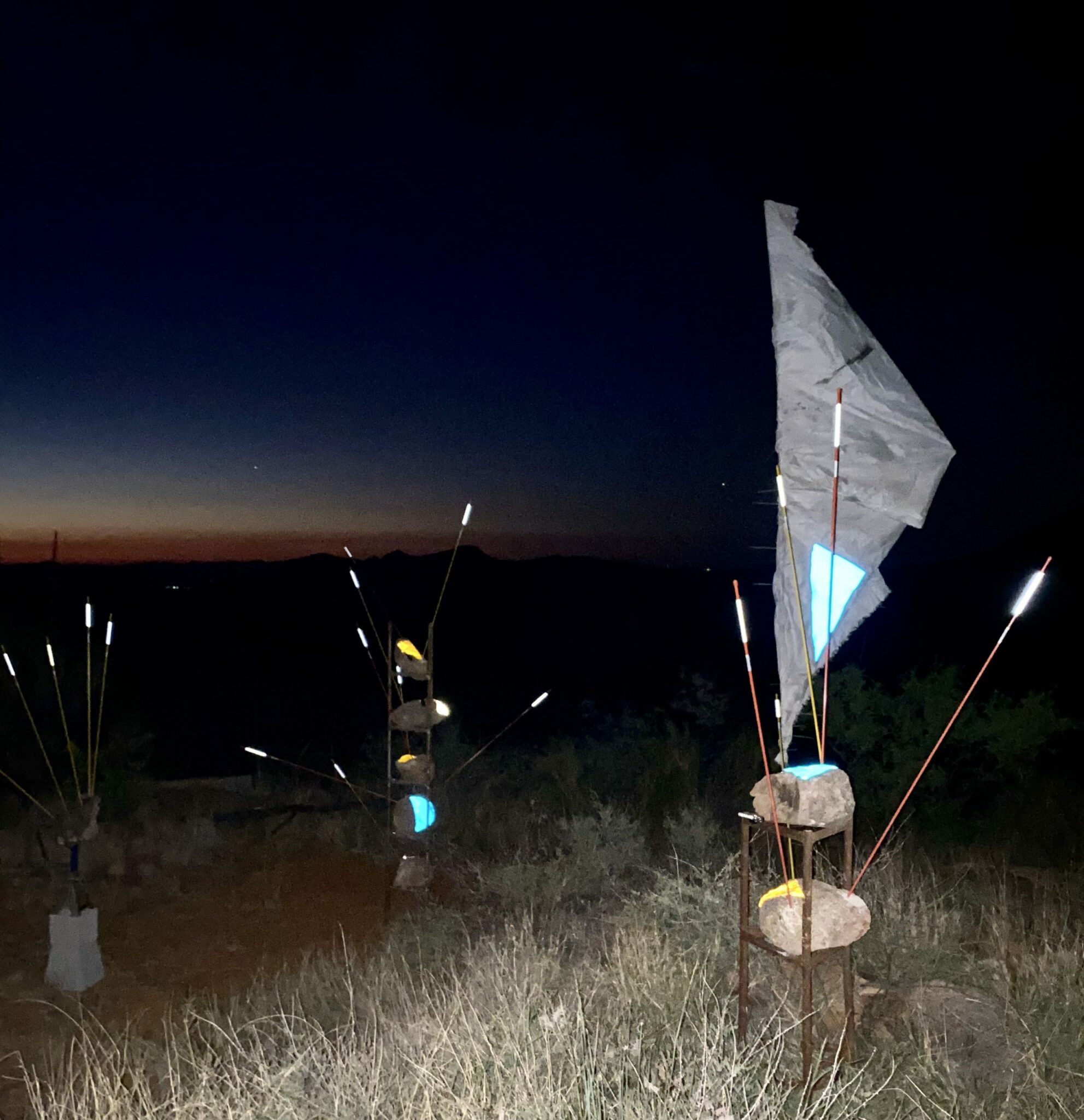 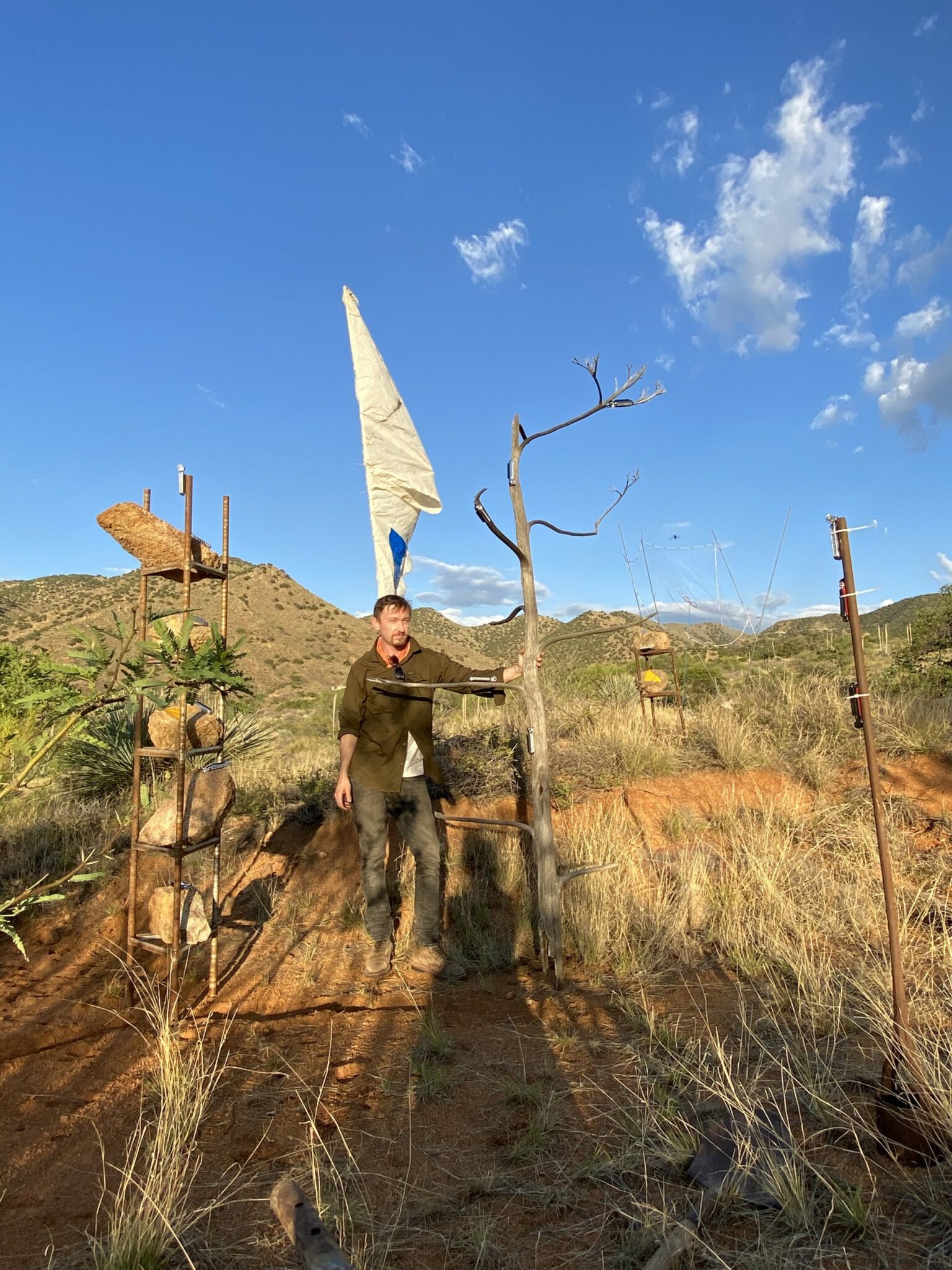 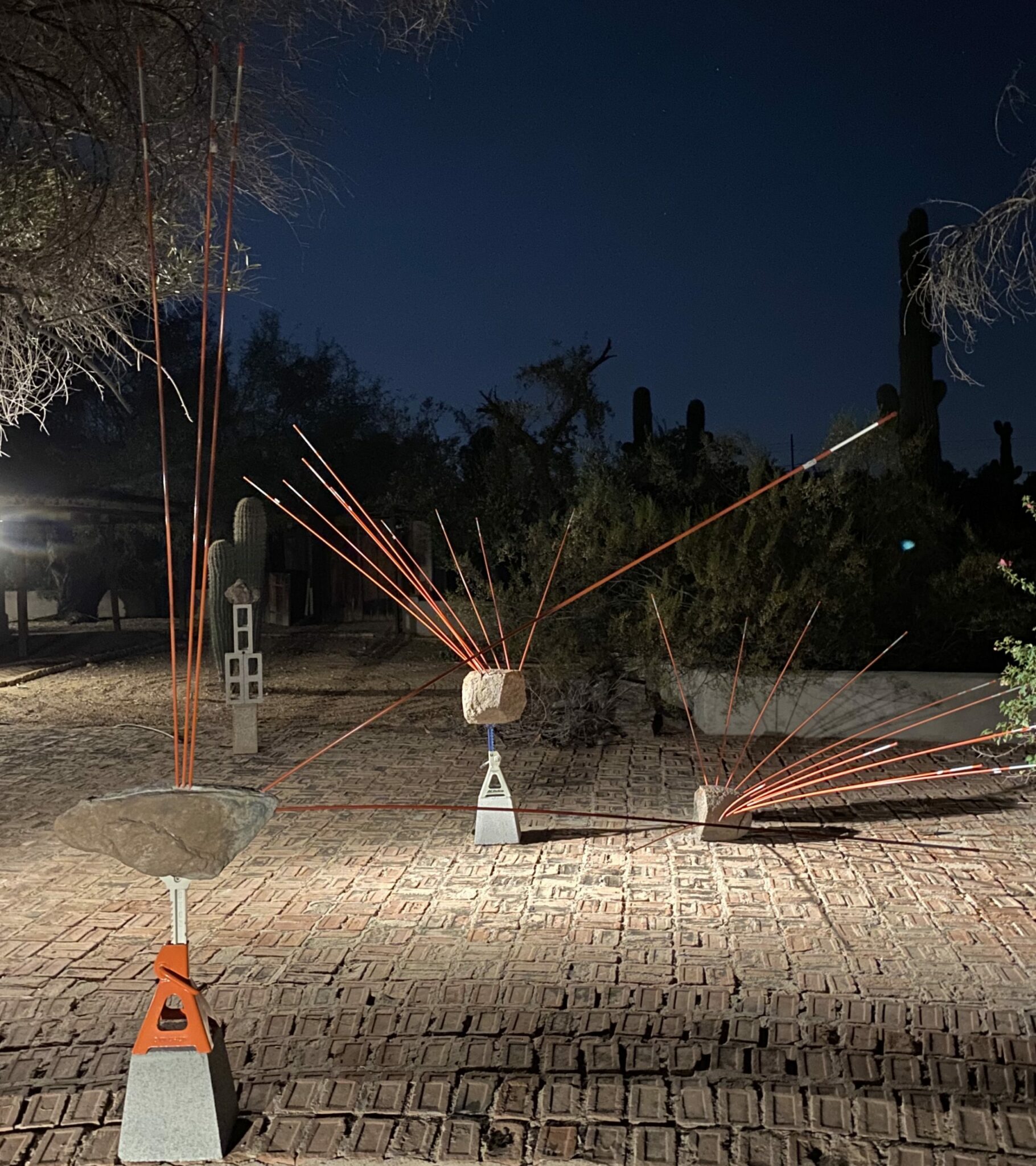